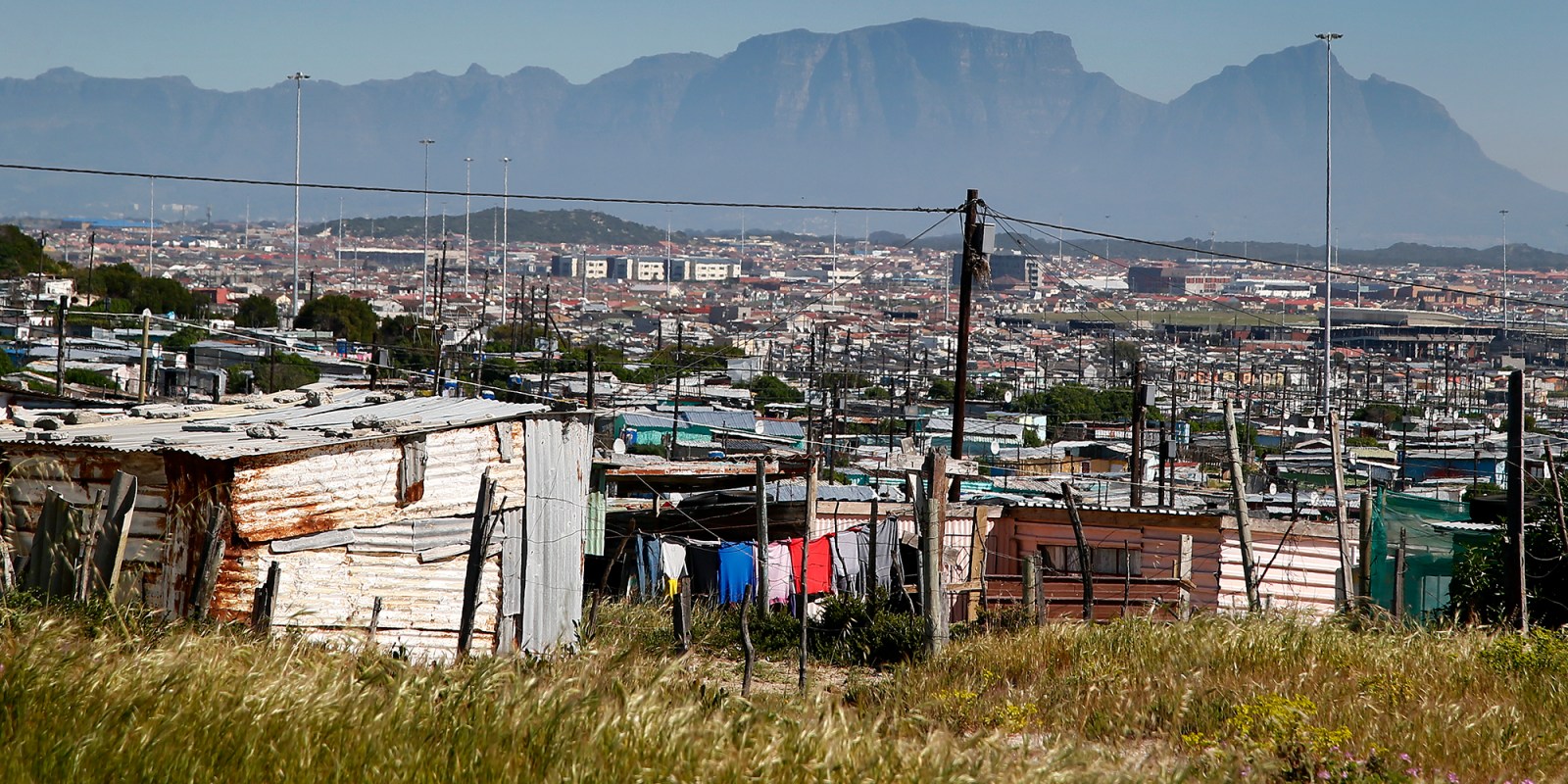 The Department of Human Settlements is moving away from delivering houses and towards providing land in a bid to solve SA's housing crisis. (Photo: EPA/NIC BOTHMA)

In 2014, Human Settlements Minister Lindiwe Sisulu warned that the large-scale delivery of houses for the poor was unsustainable. As the state’s budget tightens, her department is moving away from delivering houses and towards providing land. The new policy faces many of the old challenges, particularly: which land will be distributed?

Members of the Gauteng Housing Crisis Committee drove through Eldorado Park and surrounding Soweto areas on Saturday and used a loudspeaker to ask people to bring copies of their applications for government homes.

The group prioritised those who had submitted applications between 1996 and 1999. More than 800 people provided documents.

“That’s how bad it is,” said committee member Keith Duarte.

According to Human Settlements, Water and Sanitation Minister Lindiwe Sisulu, the country’s estimated housing backlog stands at 2.6 million, with an estimated one million of those in Gauteng.

Since 1996, the state has built millions of houses under the Reconstruction and Development Programme (RDP) and the Breaking New Ground (BNG) programme, where citizens earning less than R3,500 per household could apply for a home.

That policy will shift significantly, Sisulu announced, as the state has moved to limit who qualifies for a home and prioritise its rapid land release programme, where beneficiaries will receive land so they can build their own homes.

“It works out cheaper for us, it gives more responsibility to the people who own the land to build houses and we are hoping that they will be of better quality because they will be building it themselves. In the process, they will be getting skills for building and we are quite certain that it will work,” the minister told the National Council of Provinces.

The rapid land release programme follows a “site and service” model, where beneficiaries get a plot with basic services so they can build houses. It has been implemented throughout the democratic period with various levels of success.

In June 2020, R2.26-billion was diverted from the human settlements department’s budget and the department lost another R345-million in the medium-term budget policy statement in October.

Sisulu, in 2014, said the state should gradually move away from its policy of providing houses for the poor and the economic crisis brought on by Covid-19 has made it a reality.

In a briefing document, the DA said of the department’s new direction: “This policy shift will now also see the ANC actively perpetuating asset poverty amongst SA’s most vulnerable citizens as it seeks to provide site and service, while at the same time abolishing the Title Deeds Restoration Grant.”

In his letter, Tshangana said funding for completed housing units will only be supported if beneficiaries are the elderly, military veterans, people living with disabilities or child-headed households, or projects contributing to medium-to-high-density developments. He said the department would continue to support medium-term contractual agreements.

“I think it is a significant shift in that the housing provision approach was unsustainable and would have had to be revised in any case. This is positive,” said Tshwane University of Technology architecture Professor Amira Osman.

Commentators agreed that the policy of providing houses for low-income households was unsustainable, but they warned that the focus on rapid land release was not a panacea to the housing crisis.

Associate professor Sarah Charlton, from the University of Witwatersrand’s School of Architecture and Planning, said it was “striking” how little negative public reaction there had been about the move towards rapid land release considering the ANC government’s emphasis on housing delivery.

In the fourth quarter of 2019/20, the Gauteng government handed over zero of an aimed 6,510 stands to beneficiaries under the rapid land release programme, according to the DA. In July, Sisulu said 51,000 serviced stands across the country were handed over in the previous year.

Charlton suggested that people could be hopeful that the new policy might provide a faster route to owning land and a house as they have been frustrated by continual delays under the existing programmes.

It’s unclear yet whether there will be a backlash from people who have applied for government housing who do not see rapid land release as an option.

Duarte, from the Gauteng Housing Crisis Committee, said he welcomed the focus on releasing land but he called on the provincial government, which has pushed the policy since 2018, to act on its promises.

“We’re waiting for one person to be given land to build on,” he said.

Duarte said his committee was in positive talks with the Gauteng government about housing opportunities in the province’s mega-city developments, but wanted practical action on rapid land release.

In the fourth quarter of 2019/20, the Gauteng government handed over zero of an aimed 6,510 stands to beneficiaries under the rapid land release programme, according to the DA. In July, Sisulu said 51,000 serviced stands across the country were handed over in the previous year.

“It will not assist in the spatial transformation of our city space in such a way that people will be better located or have better access to opportunities,” she said, questioning the ongoing focus on delivering houses that contribute to urban sprawl.

“Equitable land distribution is certainly something we should aspire to. But land being released to individuals to encourage single, detached homes on single plots is highly problematic.”

Charlton said land release was a good option in a “suite of approaches” but that many of the issues around the RDP and BNG programmes remain.

Under the RDP and BNG policies, building houses, while increasingly costly, was the last step in a long process.

Finding land that helps address apartheid-entrenched spatial inequalities so that beneficiaries can have access to economic opportunities and other services, and then servicing that land, is a more time-consuming process.

In the past, the state has also faced challenges to such programmes because people who receive land will build their houses over time, depending on the financial support available and health and safety regulations. The areas may look like informal settlements as people work towards building their homes.

“Land release needs to be part of a suite of responses, which include diverse forms of housing for different needs, for example, state-supported and protected rental accommodation in prime parts of cities, to provide access to those areas and meet the needs of people not wanting ownership or long-term commitments in those places,” said Charlton. DM