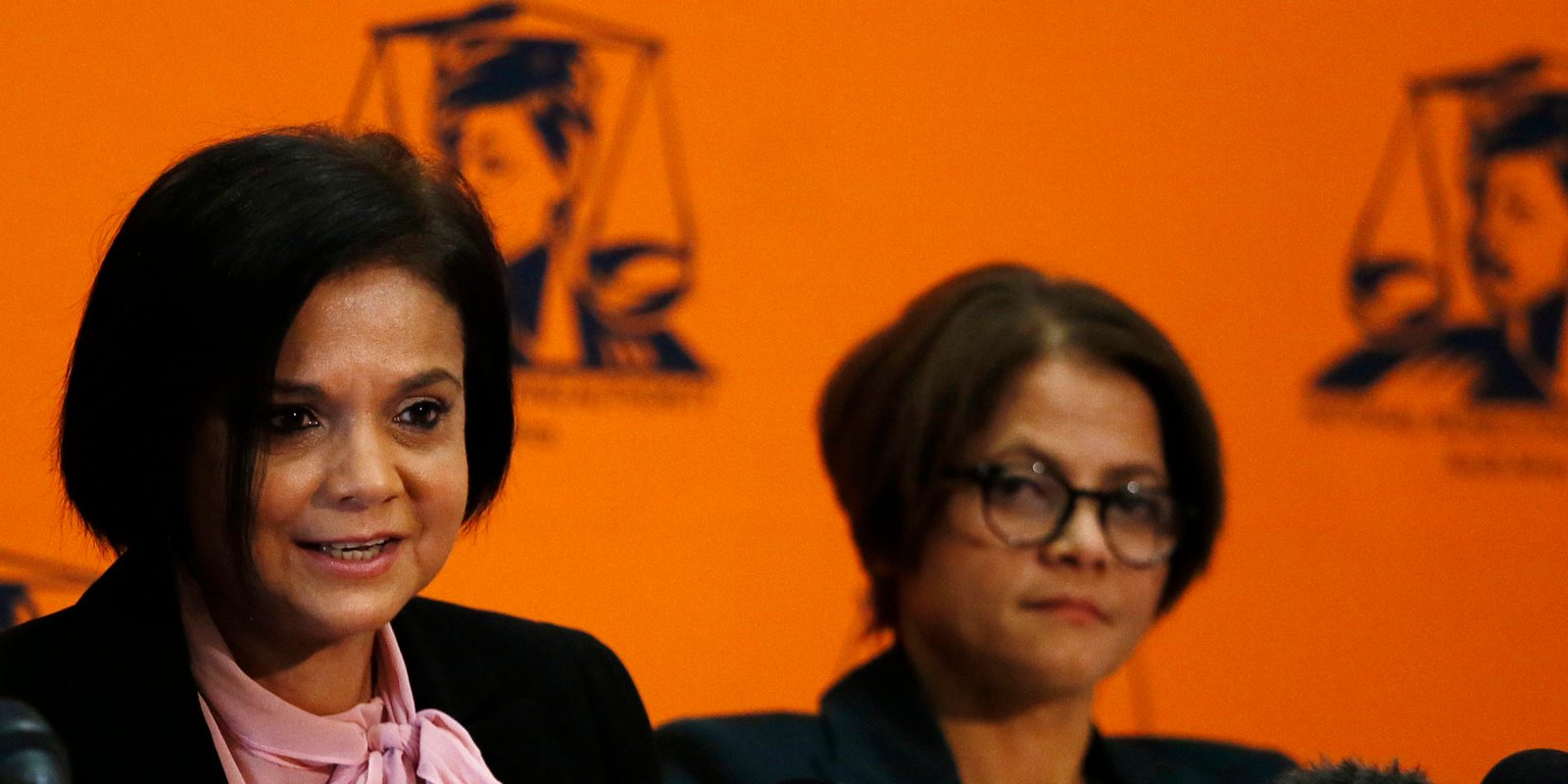 The National Prosecuting Authority boasts a very impressive conviction rate — more than 90%. But does this figure accurately reflect the reality? Researchers at the Africa Criminal Justice Reform unit argue that the NPA’s performance is not quite as rosy as it seems to be.

Only half of South Africans feel “very safe” walking during the day – a statistic which for other countries applies to walking at night.

Presenting research on reform needed at the National Prosecuting Authority (NPA), researchers at the Africa Criminal Justice Reform unit at the University of the Western Cape argued that the NPA’s performance should not be measured solely on conviction rates.

“How is it contributing to public safety?” asked Professor Lukas Muntingh at a webinar this week.

Muntingh and his colleague Jean Redpath contend that the NPA’s conviction rate of above 90% helps mask some more unpalatable realities.

For one thing, the fact that NPA performance is measured so heavily on conviction rate provides a perverse incentive for prosecutors not to take on cases where there are limited prospects of succeeding.

“The NPA is not prosecuting cases even with an over 80% chance of success,” Redpath said.

It is particularly easy for prosecutors to decline to take on certain cases because no authorisation is required for this decision. In a paper recently published by Muntingh and Redpath, they point out that permission to prosecute certain crimes has to be obtained from senior prosecutors – but withdrawing cases requires no such permission.

The fact that such cases can be dropped without authorisation “makes it much easier to decide not to prosecute rather than to prosecute”.

The researchers suggest that it should become a requirement for the NDPP to report to Parliament on all decisions taken to prosecute or not prosecute state officials.

Another worrying aspect is the growing number of cases which the NPA is reporting as being resolved via “informal mediation”.

Informal mediation holds potential benefits for both the victim and the accused: the accused doesn’t receive a criminal record and the victim doesn’t have to go through the trouble and trauma of testifying in court. The researchers say that it seems to be particularly prevalent in cases of sexual assault involving a younger victim.

But what it amounts to in the South African context, write Muntingh and Redpath, is often a kind of financial negotiation.

“The directives do not rule out the payment of compensation to the victim,” they write.

“This raises the very real problem of more wealthy offenders being able to ‘buy’ their way out of a criminal record.”

A further issue is the lack of centralised record-keeping on this practice. The researchers propose that a database should be established listing the names of victims, defendants and prosecutors – to make sure that serial offenders are not repeatedly paying their way out of court and to ensure that certain prosecutors are not opting for this mode of resolution suspiciously often.

Should the volumes of new cases continue to decline, it will become increasingly difficult for the prosecutors to achieve the targets set for the successful finalisation of prosecutions of serious crimes.

Redpath told a webinar this week that the NPA’s “great improvement” in prosecuting violent crime up until around 2012 has “started to reverse”. In general, convictions for “serious crime” have “almost halved”.

What helped the NPA in its reporting to Parliament for some years, Redpath said, was the volume of convictions for the possession of marijuana – which counted as a drug crime.

This has amounted to tens of thousands fewer convictions in real terms. The NPA’s annual report openly acknowledges that 10% fewer cases were heard by district courts over the past year, due to “fewer arrests [being] made subsequent to the Constitutional Court judgment decriminalising the personal use of cannabis”.

In other words, for years the NPA’s reporting on convictions for serious crimes has been padded by marijuana arrests – which it can no longer depend on.

The annual report notes: “Should the volumes of new cases continue to decline, it will become increasingly difficult for the prosecutors to achieve the targets set for the successful finalisation of prosecutions of serious crimes.”

Other problems with the organisation’s present performance identified by Muntingh and Redpath include the length of time taken to make decisions on cases referred by bodies like the Hawks, the Special Investigating Unit (SIU), and the Independent Police Investigative Directorate (Ipid).

The researchers propose that the NPA should have to make a decision whether to prosecute these cases within a particular time period, and if not, should issue detailed reasons and a nolle prosequi certification to allow for private prosecutions.

NDPP Shamila Batohi candidly told MPs in October that the NPA’s performance “is not at the level where I and the whole leadership would have liked it to be”.

Batohi’s job is not to be envied. Muntingh and Redpath point out that the management of the NPA is a mammoth task which requires not just legal expertise, but also the ability to run an organisation “in the same league as a large private company”. They note that the 2018/19 budget of the NPA was R3.8-billion, with 5,500 allocated posts, meaning that some aspects of the NDPP’s job are akin to that of a CEO up to the task of this level of financial stewardship.

Yet despite the complexity of the task, the requirements for the NDPP are remarkably vague compared with other posts, like that of the Public Protector. All that is required is that a candidate be fit and proper and “possess legal qualifications that would entitle him or her to practise in all courts in the republic”.

The researchers argue that this is woefully insufficient. They propose, too, that the selection process for the NDPP should be open to public participation in the same manner as was done in 2019 with the appointment of the Deputy Public Protector.

Muntingh suggests that the process of dismissing an NDPP should be similar to the procedure dealing with the removal of a sitting president: Parliament should appoint an independent review panel, followed by the establishment of an impeachment committee and eventually the obtaining of a two-thirds National Assembly vote.

It is, after all, one of the starkest reminders of the politicisation of South Africa’s criminal justice system that not one NDPP has served out their full term since the establishment of the NPA in 1998. DM