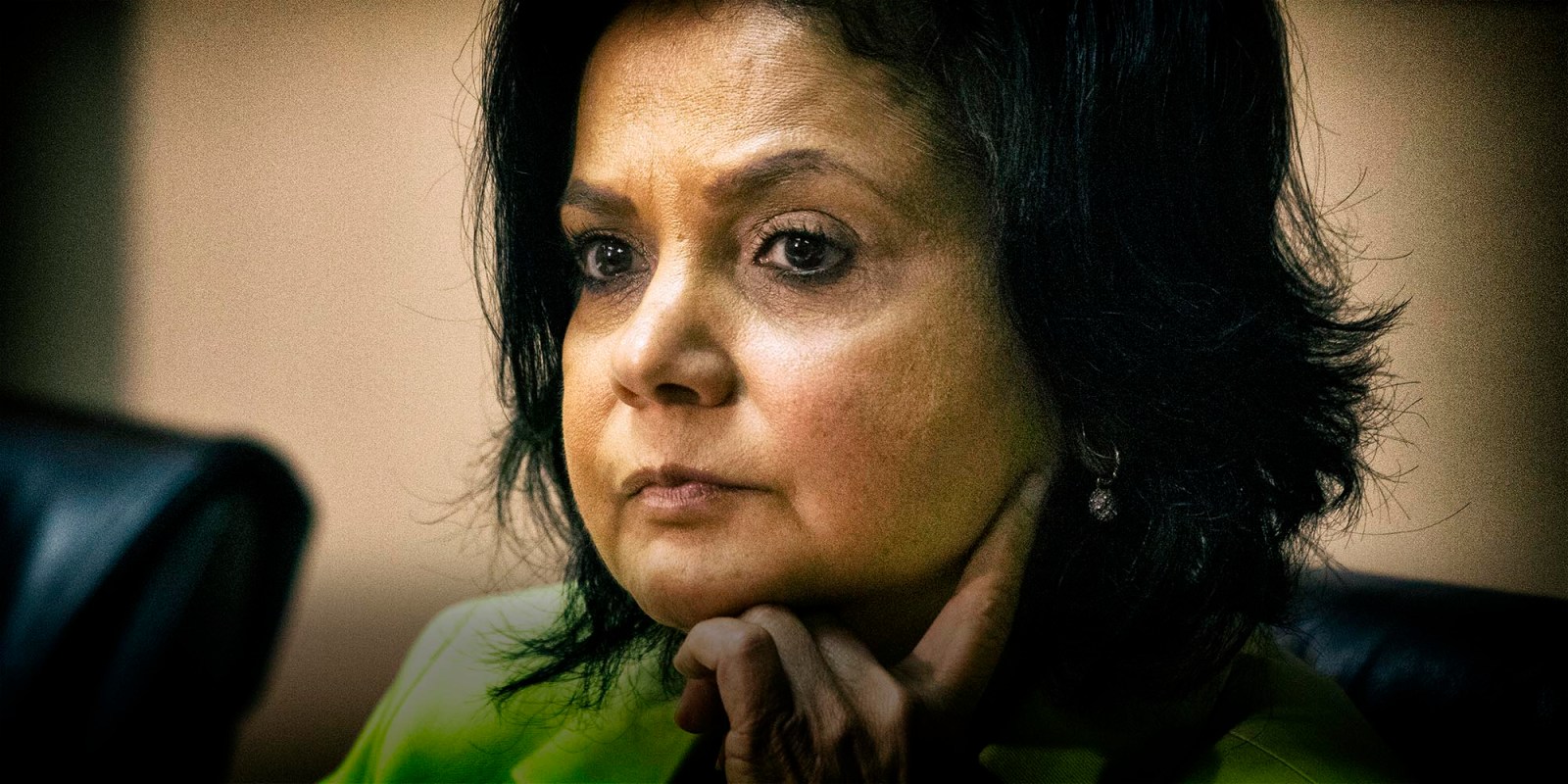 If the National Prosecuting Authority loses any of its budget, it can’t do its job properly – just as efforts to rebuild the institution and initiate corruption prosecutions are taking off. That’s the blunt message prosecutions boss Shamila Batohi took to MPs on Wednesday.

Just off a series of State Capture arrests and asset forfeitures in corruption cases related to prison services company Bosasa and the Free State asbestos project, the National Prosecuting Authority (NPA) said the additional money it had received in 2019 had been invested carefully for results.

“We really have to be careful the NPA does not lose any of the money it received. That is really important,” NPA boss Shamila Batohi told MPs on Wednesday. “If there is any money that is taken away from the NPA, we will not be able to address any of the issues.”

Budget cuts would “seriously undermine the gains we have tried to achieve”, at a time when the fight against corruption and other priorities such as gender-based violence (GBV) needed “huge investment and commitment from government”.

National Treasury Director-General Dondo Mogajane there and then made short shrift of funding appeals from SARS, the NPA and the Special Investigating Unit. “There’s no money. The ask in the system is too huge.”

National Treasury has put everyone on terms. Money must be found not only for Covid-19 hard lockdown mitigation, but also the much-touted, yet to be published economic recovery and reconstruction plan for South Africa’s ailing political economy.

And then there’s the R10.4-billion needed to keep SAA afloat, with word being that departments have been asked to find even more savings. That’s after departments had to shave off a total of R140-billion for the June 2020 Covid-19 emergency Budget, officially the Special Adjustment Budget.

Funding and money details are expected to emerge in the Medium-Term Budget Policy Statement that’s pencilled in for 21 October.

On Wednesday, Parliament’s justice committee was told the NPA would not have enough money for staff by the 2021/22 financial year – even without any further cuts. The R330-million staff salary deficit would increase further to R401-million in the 2022/23 financial year.

Its budget cuts would affect the Aspirant Prosecutor Programme, just as 450 graduates are recruited as part of the NPA’s contribution towards job creation.

Further cuts, Batohi told MPs, would undermine the gains made from restaffing the prosecution authority, where 539 of some 900 advertised posts have now been filled.

Although recent State Capture and corruption arrests were “a tiny, tiny pinpoint on a massive iceberg”, these were an important stage in the rebuilding process.

“The only way we can try to tackle this elephant is by bites,” was how Batohi put it before explaining how the NPA had identified 33 cases of high impact. The Hawks then added cases to bring the total number to 87 prioritised cases. To date, 26 of these cases have been enrolled.

“Since April, the wheels of justice are turning. In the past, these cases may never have seen the inside of the court. It shows the days of impunity, certainly, are limited.”

At the end of the 4½-hour meeting, the frank-talking Batohi, who seemed unaffected by the usual government protocol restrictions, seemed to have gained MPs’ support to maintain funding integrity.

The NPA 2019/20 annual report, in a move that’s unusual in official documents, pays tribute to individual prosecutors, named and photographed, who obtained convictions in cases ranging from murder and rape to fraud and tax evasion.

“The committee assured the NPA that it will do everything in its power to ensure that the NPA remains properly resourced,” said justice committee chairperson Bulelani Magwanishe in a later statement.

But it wasn’t an unqualified parliamentary committee session.

The NPA’s 2019/20 annual report is one of a handful tabled by the usual end-September deadline after the finance minister six months ago allowed additional time.

But it’s a lukewarm report that Batohi presented to MPs – the first full report on her watch following her appointment from 1 February 2019.

“I must be candid. [Performance] is not at the level where I and the whole leadership would have liked it to be.”

The court backlog was one talking point.

The NPA 2019/20 annual report highlights the troubled lower magistrates’ courts that sit for only three hours a day on average.

The interconnectedness of the criminal justice system emerged around one small number – 10.5%, which was the drop in case enrolments in the 2019/20 financial year compared with the 2018/19 year.

“One of the most apparent factors contributing to the decline in new cases was that fewer arrests were made subsequent to the Constitutional Court judgment decriminalising the personal use of cannabis,” according to the annual report.

Also, the SAPS submitted 83,004 fewer dockets for decision to the NPA. Or, as the annual report puts the numbers: 883,470 dockets were submitted for a decision in the 2019/20 financial year, compared with 966,474 the previous year. The NPA maintained an almost perfect clearance rate.

It is crucial to compare what the SAPS presents on these indicators in its annual report, once it’s available at the latest in mid-November 2020. Ditto, on the SAPS efforts to reresource its forensic laboratories responsible for tests, from drunk driving blood samples to rape kits.

Magistrates’ courts are the pressure point in the justice system, handling 92% of cases, while regional courts enrolled 50,967 new cases in the 2019/20 financial year, finalising 27,971 cases with 21,246 guilty verdicts.

Of the 87 finalised GBV cases, only two acquittals were recorded in the 2019/20 financial year. Of the 5,451 sexual offences brought to court, 4,098 were finalised with a 75.2% conviction rate, which the annual report says, was “the highest conviction rate achieved in the past five years”.

The NPA 2019/20 annual report, in a move that’s unusual in official documents, pays tribute to individual prosecutors, named and photographed, who obtained convictions in cases ranging from murder and rape to fraud and tax evasion.

Among issues, the 2019/20 annual report highlights are vacancy rates of between 20% in the Free State NPA office, to 33% in Mthatha, Eastern Cape, and 45% in the Asset Forfeiture Unit, where a permanent head was only recently appointed.

Putting the risk of possible budget cuts aside, Batohi told MPs on Wednesday the work to rebuild institutions and fight corruption, “demonstrated political will is really important”. DM