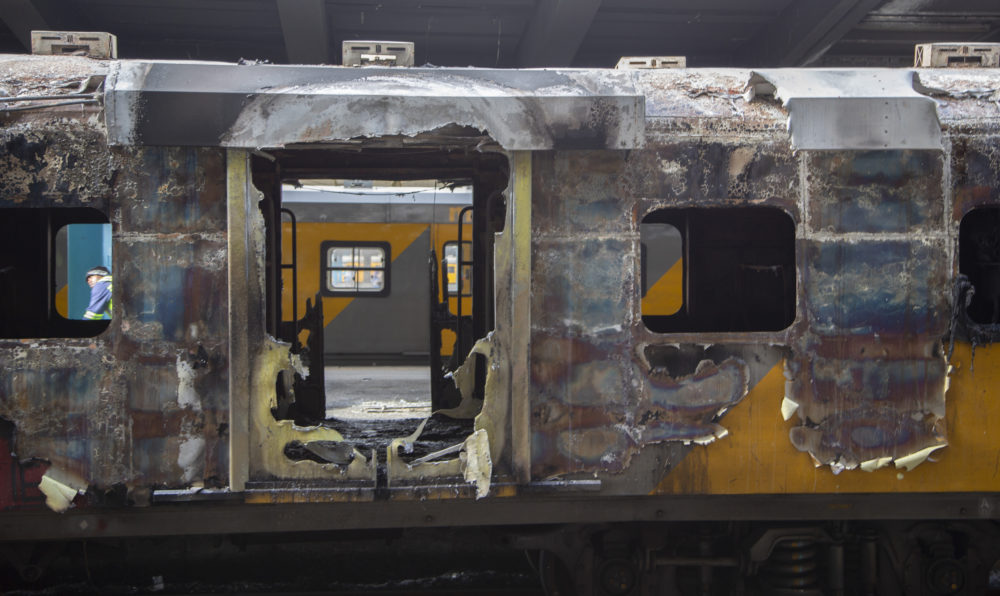 Much of South Africa’s 2,200km passenger rail network has been stripped bare, especially in areas of Gauteng and the Western Cape. Appearing before a National Council of Provinces committee, the Passenger Rail Agency of South Africa revealed more about its safety plan, aimed at curbing theft and vandalism.

The Passenger Rail Agency of South Africa (Prasa) says most of the countrywide vandalism and theft at the rail network is “sabotage”. On Wednesday, 21 October, the rail agency appeared virtually before a National Council of Provinces (NCOP) committee.

Prasa accounting authority Bandisa Matshego told the NCOP oversight committee on transport that while theft and vandalism did occur on the rail network, “in the main, there are instances of what we deem to be sabotage”.

Vandalism and theft are not new, but in recent months have again come into the spotlight after media reports on the stripping of the railways, particularly in Gauteng.

Read in Daily Maverick this special feature on the Gauteng rail network: Stripped bare: Looting till there is nothing left of Gauteng’s rail network

The ANC’s Mohammed Dangor said Gauteng stations such as Kliptown had been stripped bare. He said that there would be “trouble if this was not fixed”.

In September, Transport Minister Fikile Mbalula launched a security plan for the agency which consisted of Prasa, police, the judiciary and intelligence structures in an effort to address security issues that had been plaguing the agency. At that media briefing, Mbalula also announced the hiring of 3,100 new security workers.

However, Matshego told the committee that of the 3,100 security personnel Prasa had hired, the agency needed to re-advertise 500 posts in Gauteng, Eastern Cape and KwaZulu-Natal. This was because most applicants were suited for work in monitoring rooms, but not for armed response and other requirements for on-the-ground operations.

On Wednesday, Prasa expanded on security plan details. Interventions include creating an internal security capability for armed response and control room operations; a procurement phase is under way for early warning security technology and a defensive security system; procurement of specialised investigative services with legal support; and the use of drones to conduct patrols of high-risk infrastructure.

In addition, Prasa revealed that there had been 274 cases of vandalism and malicious damage to property reported to the SAPS in July.

Recently appointed acting head of security, Brigadier-General (ret) Tebogo Rakau, told the committee Prasa had asked the National Treasury to allow for a R900-million budget shift to go towards the security operations of the agency.

Matshego said the agency had asked the Treasury to approve the transfer of the R900-million from its long-term investment budgets into its operating budgets, allowing Prasa to use the funds immediately. This shift had been approved, “this week”, according to Matshego.

He said the money had been “given without attaching specific rands or cents, however, the bulk of it will be channelled to immediate security provisions”.

When asked by MP Erik Landsman and fellow committee members about any updates on individuals possibly implicated in wrongdoing at the agency, Prasa officials could not give full answers. It was suggested that Prasa return to provide an update at another time. DM