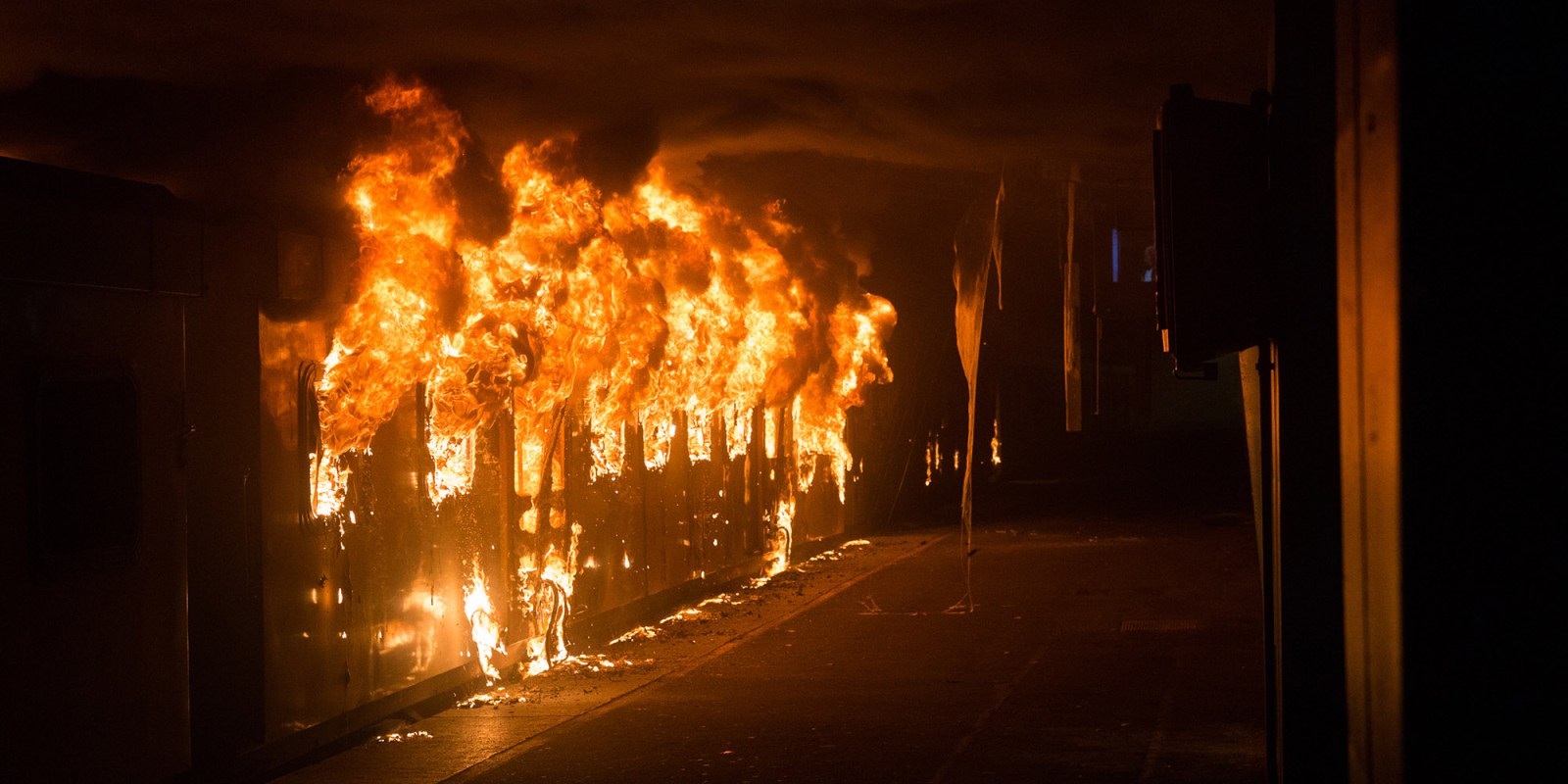 The Passenger Rail Agency of South Africa has employed 3,100 new security personnel since August to help address the vandalism and cable theft on rail networks across the country. Transport Minister Fikile Mbalula described an ‘intelligence-driven’ plan, as he revealed that some of the theft came from Prasa employees themselves.

Transport Minister Fikile Mbalula officially launched the security plan for the Passenger Rail Agency of South Africa (Prasa) on Wednesday, but while there was much fanfare, details were scant on the actual security plans for railways that have been stripped bare due to sustained vandalism and cable theft.

Speaking in Johannesburg, Mbalula said there would be “no mercy for criminals who think they can vandalise without impunity” as Prasa’s new security plan featured interdepartmental efforts to address cable theft and vandalism of the railway network. Mbalula announced this plan would be a collaboration between the departments of Transport, Police and the National Prosecuting Authority within the Justice department. “We will throw the book at them (criminals) and ensure that they are charged with economic sabotage and rot in jail for many years,” said Mbalula in the presence of officials from Prasa, the Department of Transport and union leaders.

Mbalula said he was unable to “disclose the detailed aspects of the plan, we assure South Africans that the plan is robust and will bring to book these criminals who are stealing from the poor”.

Media reports over the past few weeks show rail lines across the country stripped bare of tracks, signalling equipment and cables, which caused several stations in Gauteng and Western Cape to remain closed.

“The prevalence of crime in our rail environment has reached alarming levels,”  said the minister and added, “theft and vandalism of critical infrastructure in our railways not only place the lives and livelihoods of those who rely on trains in danger, but also have dire consequences on the economy”.

The new plan has seen 3,100 new employees insourced to Prasa.

Mbalula said this “intelligence-driven plan” will enable us to find these criminals wherever they hide- in their homes, in their communities, in their workplaces”.

Increased visibility from the South African Police Service and Prasa protection officers will be increased in hotspots, along with more policing operations within the rail network, announced Mbalula.

The new security officials started work in August and have already had successes, including the arrest of six men who were caught with copper cables and signalling equipment worth R 5,5-million. Of these arrests, Mbalula said they were pleased that the number of arrests has “ been steadily increasing in the past few weeks… we will sustain the pressure to ensure that the long arm of the law reaches every corner where these criminals hide”.

Wednesday’s briefing was not without controversy. Newsroom Afrika reported that former Prasa employees were striking outside the venue as they had not been part of the 3,100 that were hired in August.

Addressing this, Mbalula said some of the cable theft and vandalism were “aided by some of the employees” at the agency, especially within the security companies that were hired previously. Speaking about one case, Mbalula said the agency and department had a case where two current and former employees were caught with Prasa assets worth more than R2-million. “One of the accused, a current employee was refused bail,” said Mbalula.

“All South Africans must become partners in the protection of the public infrastructure as the citizens are the real owners of Prasa and its rail network,” said the minister, speaking about community and civil involvement in the agency. “To this end, Prasa will work closely with all law enforcement authorities to ensure that we give practical meaning to the social contract with civil society, and ensure that the most severe penalties are imposed on those arrested,” he said. DM