A day of confrontation 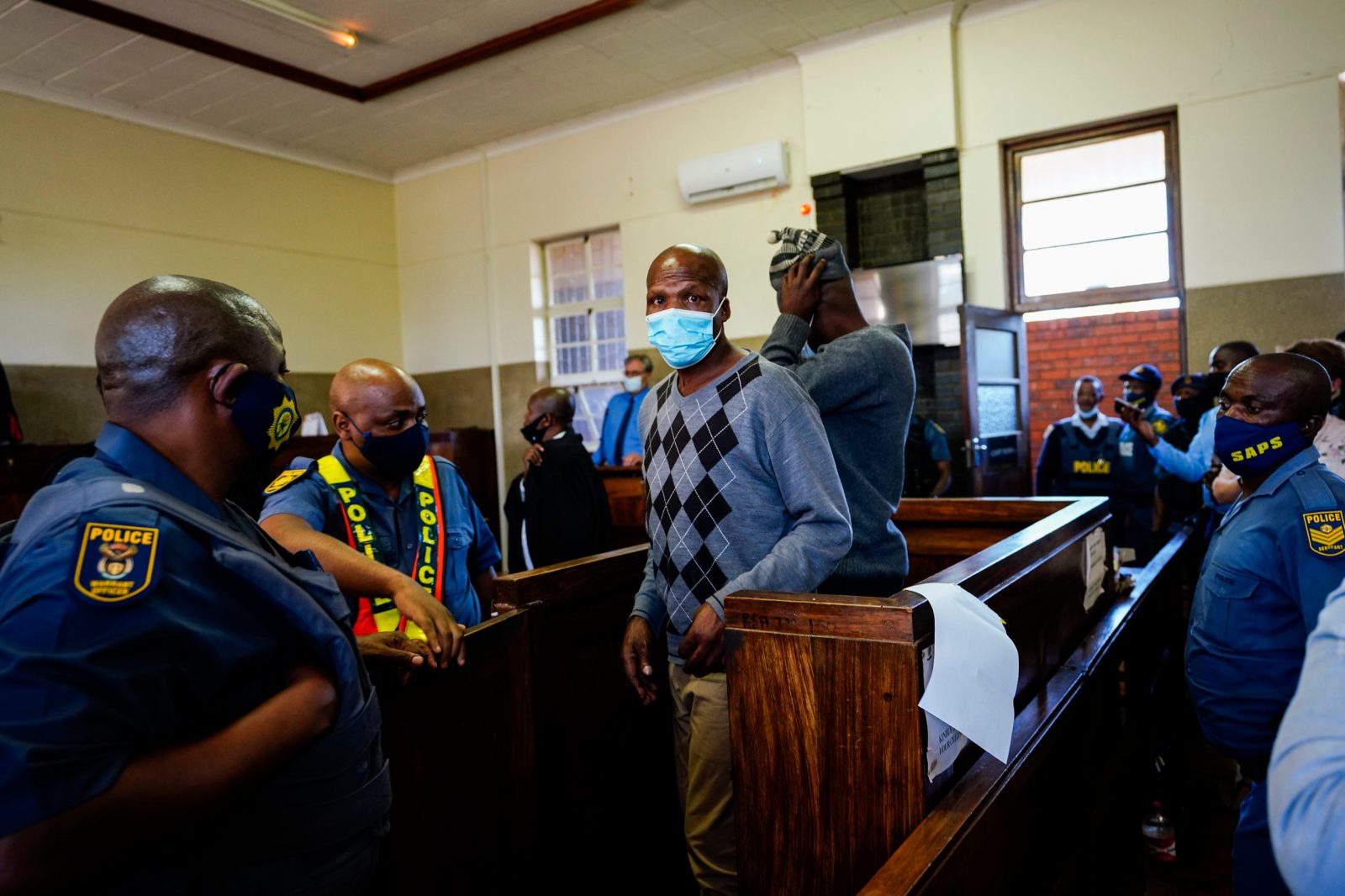 Senekal: The bail application hearing of two men accused of murdering farm manager, Brendin Horner, resumes on Tuesday next week. The two appeared before the Senekal Magistrate’s court in the Free State on Friday.

This is a brief report updating and accompanying the following article: Street showdown at the Senekal corral as courtroom drama unfolds

Court proceedings into the murder of farm manager Brendin Horner were somewhat overshadowed by the drama outside the Senekal Magistrate’s Court, caused by tension between rival protesting groups.

Inside the court, according to a News24 live feed, the state prosecutor in the murder case opposed a media application to broadcast full court proceedings citing that the case is at a sensitive stage.

The accused, Sekwetje Mahlamba, 32, and Sekola Matlaletsa, 44, made their second appearance as protesters from different political parties and organisations gathered outside. Both accused told the court that they are unemployed.

The first accused, Mahlamba, applied for his bail verbally, and according to News24 he told the court he has a pending case of stock theft, and was out on bail before his rearrest.

Mahlamba further told the court that he is unemployed and makes a living by doing odd jobs that earn him R1,500 a month – money that he uses to support his girlfriend and child.

Moreover, reports are that he has no previous criminal convictions and the pending stock theft case is expected back in court in February 2021.

Mahlamba’s testimony was also that he does not know his co-accused nor are they friends but knows where he lives, further arguing he wants bail because he is not involved in the murder.

The State, according to News24, has a witness that claims to have heard both the accused boasting about “assaulting a white man on a farm” while visiting a tavern on 2 October.

Both accused pleaded not guilty.

Through an affidavit, Matlaletsa has two previous convictions for stock theft and one for illegally buying a pig.

Captain Gerhardus Myburgh, who is part of the investigating team in the case, testified that the post-mortem revealed that Horner was strangled, and stab wounds were also found on one of his arms, his hands and shoulder.

Myburgh further testified that bloodstained clothing was seized from Mahlamba’s freezer – a claim that Mahlamba denied, saying there is no deep freezer in his house.

The bloodstained clothing, according to News24, has been sent for forensic testing and analysis, and while those results are yet to be known, blood samples taken from Horner’s bakkie and sent for private testing by a private investigator revealed it was the blood of three males.

The matter was postponed to 20 October for the cross-examination of the investigating officer by the defence attorneys of the accused.

Following the postponement of proceedings, Malema addressed a gathering of his party members a few metres from the court.

“We are here to confront white arrogance. These streets belong to us, these government buildings belong to us, we walk freely everywhere without being scared of a white man.

“We did not come here for the criminals, we are not interested in the criminals. We will never support them because they committed a crime. Murder is murder, particularly when you kill innocent people. We have no time for the thugs, or for the criminals,” he said to a cheering crowd.

Last week, Malema urged party supporters to gather in Senekal to protect state resources following the alleged torching of a police vehicle by farmers during the first appearance of the accused.

He further dismissed the narrative that there are farm murders in the country, choosing to label the murders as criminal activity.