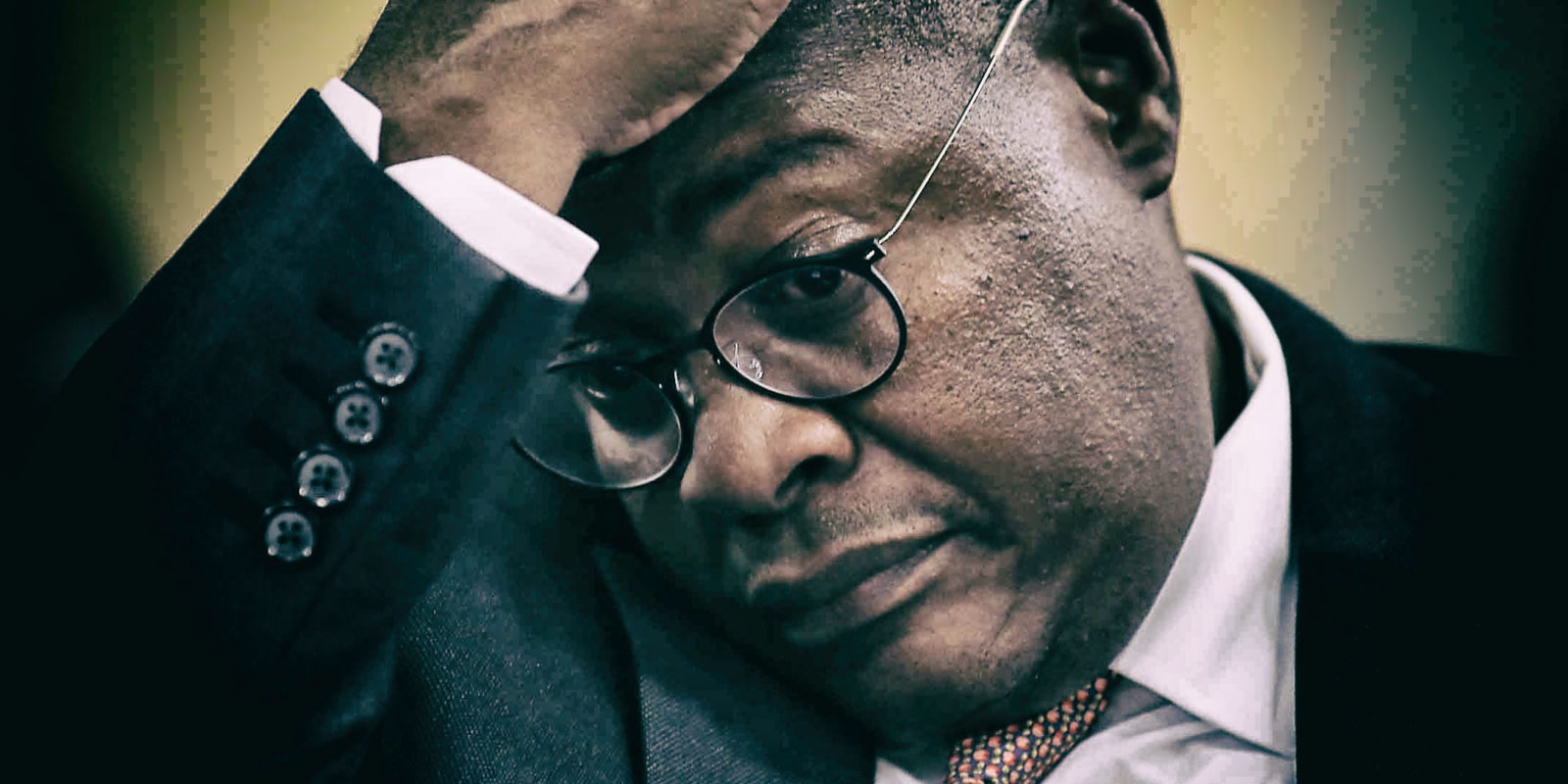 Eskom's former CEO Brian Molefe has appealed the judgment against him through the high court, the Supreme Court of Appeal and the Constitutional Court. His Constitutional Court appeal was dismissed in August 2019. (Photo: Gallo Images / Sowetan / Esa Alexander)

It has been more than a year since former CEO of Eskom Brian Molefe’s application for leave to appeal against an order that he repay millions to the Eskom Pension and Provident Fund was dismissed by the Constitutional Court. But the matter is yet to be finalised.

Business Maverick broke both stories earlier this year. One, that Molefe had not yet paid back the money he owed to the Eskom Pension and Provident Fund (EPPF), and, two, that his unlawful payment was only one of many transfers made by the power utility’s private pension fund to illegal members.

Not much progress has been made on either front. Molefe is still in debt to the fund, at an undisclosed amount that started out as R10-million (the cash portion of a R30-million retirement package) and has since been downscaled to accommodate his pension portion from Transnet and other related issues. It has been confirmed by Eskom that the South African Revenue Service is also demanding its pound of flesh from Molefe.

Furthermore, according to an email response from the EPPF, cost awards were made against Molefe in respect of all three appeals – and he has settled these cost orders, apart from the high court one, which he is disputing.

“The fund launched an application for the reversal of contributions made by Molefe, and these amounts will be offset against the pension payout and the outstanding balance will be paid by Molefe,” the EPPF states.

On the question of why the outstanding amount is not just offset against the funds still in its possession, the EPPF said it was compelled to launch the application as the fund rules make no provision for reversal of membership or the refund of contributions made erroneously.

“The reversal of membership is necessitated by the 2017 judgment which declared Molefe’s membership erroneous.

“The fund has not received a date from the court clerk for the hearing of the application. The court roll is severely backed up due to the National Disaster declared in March 2020,” the EPPF adds.

When Business Maverick contacted Molefe via WhatsApp for comment on the matter, he responded with the emoji below, and left it at that.

Despite his efforts to postpone his pension repayment, Molefe’s troubles with his previous employer seem far from over.

In August, Eskom announced that it and the Special Investigating Unit (SIU) had issued summons in the North Gauteng High Court to recover funds from former Eskom executives, former board members, members of the Gupta family and their associates, and others, including Molefe.

“The funds were lost in a concerted effort corruptly to divert financial resources from Eskom, to improperly and illegally benefit the Gupta family and entities controlled by the said family and their associates during their 2015/16 acquisition of the operations of Optimum Coal Holdings Limited (OCH),” Eskom said in a press release.

“This delictual claim for damages that Eskom suffered relates to the recovery of approximately R3.8-billion in funds illegally diverted from Eskom to help the Gupta family and its associates to acquire the operations of OCH, which owned the Optimum Coal Mining that supplied the Hendrina power station with coal. The further delictual claim for damages pertains to the payments that were unlawfully made to Trillian by Eskom executives.

“All of the former executives and board members breached their fiduciary duty of care and good faith to Eskom, and acted in a concerted State Capture effort with the Gupta Brothers, Mosebenzi Zwane and Salim Aziz Essa to illegally divert funds from Eskom.”

Eskom and the SIU have reserved the right to pursue other individuals and entities, or to join others in this action. The SIU is investigating numerous contracts at Eskom under Proclamation R11 of 2018. DM/BM