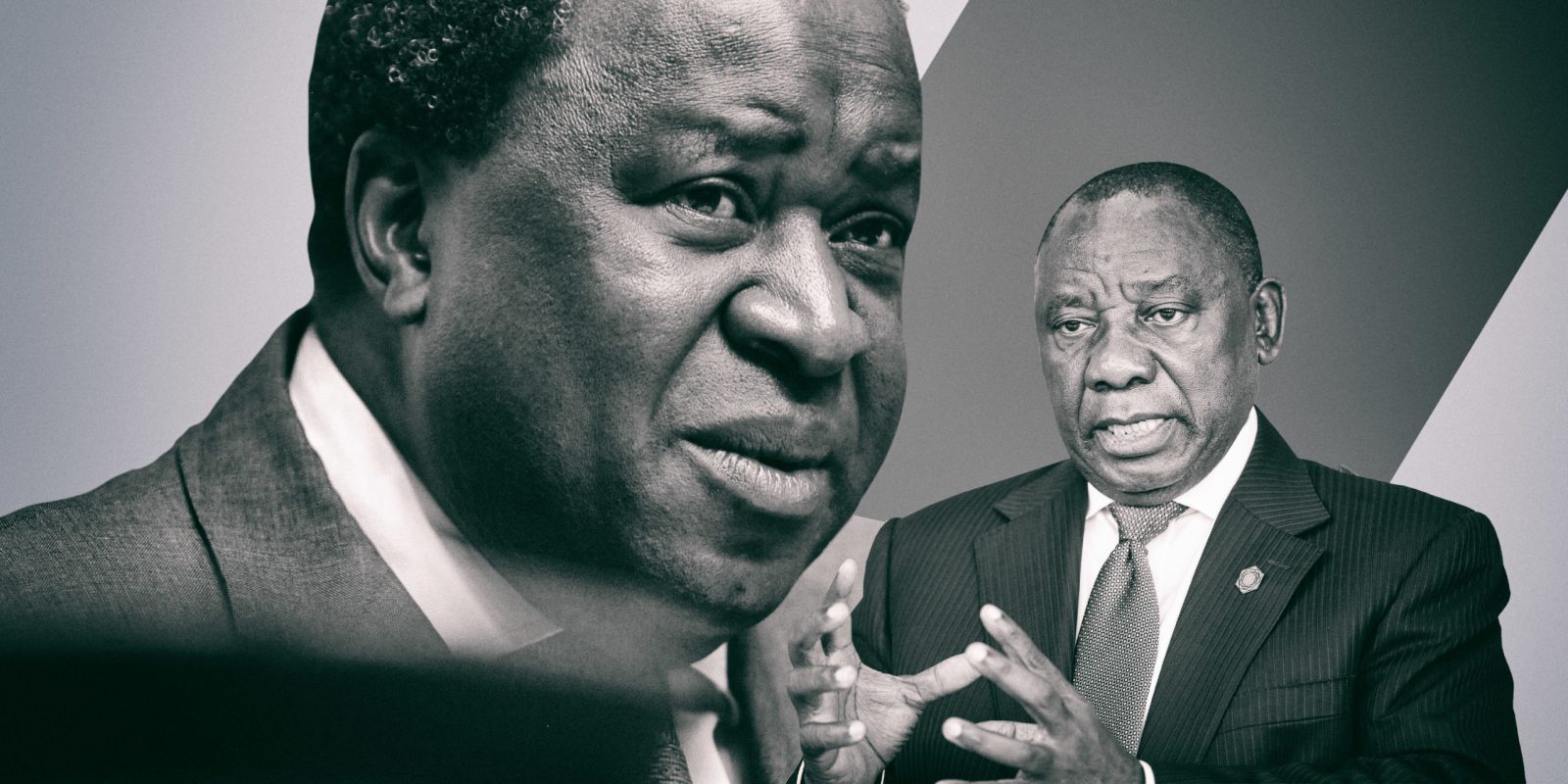 Finance Minister Tito Mboweni has asked Parliament for a week’s delay for the Medium-Term Budget Policy Statement. That date will be put to rest at Thursday’s parliamentary programming committee. But that this is unfolding at this late stage is indicative of SA’s messy political economy.

And while officially Thursday morning’s parliamentary programming committee must make a final decision, it is highly likely that the MTBPS will be moved from Wednesday 21 October to a week later, 28 October.

It’s an interesting development in the economic announcements. Much focus will be on Thursday’s joint parliamentary sitting for President Cyril Ramaphosa to present what’s called the Economic Reconstruction and Recovery Plan. A briefing to the Cabinet lekgotla of 7-8 October shows the plan is focused on infrastructure-led economic growth, with eight priority areas, even if it lacks specific deadlines and funding details.

But that presidential economic recovery plan is styled as the moment of hope. The grim reality check will be the 2020 MTBPS, given that the Covid-19 hard lockdown pulled an already flailing economy into recession, with a R304-billion drop in tax collection as poverty, hunger and inequality increased while at least 2.2 million jobs were lost.

On the path of social compacting to get to this point, a few twists and turns unfolded – not unrelated to how ideological and political choices are forcing tough real-life trade-offs.

SAA, which requires an initial R10.4-billion to stay afloat in line with the January 2020 ANC lekgotla decision to retain a national flag carrier, is one such sticking point. And crucially, so is a key funding hole, seemingly not unrelated to SAA.

Intellidex analyst Peter Attard Montalto, in a recent brief, said South Africa had dropped off the World Bank’s 22 October meeting as discussions on a $2-billion loan facility had stalled. This, he said, was due to the World Bank refocusing on conditionalities for its Budget support loans for a range of reasons, including the non-performing Eskom Medupi power station loan, Budget support for SAA, corruption and broadly fiscal consolidation efforts.

When asked about the role of SAA funding in the stalled World Bank loan discussions, the National Treasury said the “loan is being negotiated and the outcome thereof will be announced” – and referred queries to SAA and its business rescue practitioners.

The reasons for this referral are unclear as such international finance negotiations are traditionally pursued by the National Treasury’s international relations and finance directorate.

Louise Brugman, spokesperson for SAA business rescue practitioners Les Matuson and Siviwe Dongwana, said their remit was to draft a plan and have that plan approved by at least 75% of shareholders. “When it comes to the funding aspect, that’s not within our remit at all.”

SAA indicated it had no comment further to that of the business rescue practitioners.

The Department of Public Enterprises on Tuesday said it could not comment given the closed period in the run-up to the MTBPS, adding the finance minister would make the necessary announcements.

That the R10.4-billion SAA funding requirement has remained up in the air became clear on Tuesday with the postponement of a meeting with Parliament’s public spending watchdog, the Standing Committee on Public Accounts.

The postponement was requested by Public Enterprises Minister Pravin Gordhan, who wrote:

“This will enable SAA to first focus on securing the requisite funding and the implementation of the adopted business rescue plan and ultimately report back to the committee.”

DA MP Alf Lees released the letter alongside a statement that criticised the postponement as an attempt to “evade accountability on the government’s morally bankrupt decision to hand out billions to a vanity project in the face of increasing joblessness and poverty across the country”.

It’s understood the meeting was rescheduled for 27 October, but it may have to be postponed again – if the MTBPS is delayed for a week.

The 2020 MTBPS’s postponement entrenches Mboweni’s rocky road with October’s adjustment budgets. In 2019 the “mini budget” was also postponed for a week amid dire financial statistics.

Given the devastation wreaked by the Covid-19 hard lockdown – and the continued lockdown, albeit eased – the 2020 numbers are worse.

Officially, unemployment is at 42% on the expanded definition that includes those who are too disheartened to even try to look for work. The economy is expected to contract by 8.2%, against a February Budget estimate of 0.9% growth, while the debt to gross domestic product is set to hit 15.7%.

Already in the June 2020 Covid-19 emergency Budget, Mboweni rang the alarm bells over debt, indicating 21 cents in every tax rand was spent on meeting interest costs on historic debt. That’s why departments were given orders to cut R140-billion for Covid-19 measures in the June 2020 adjustment Budget, and again in the MTBPS.

On the road of social compacting to the domestic economic recovery plan, the Presidential Economic Advisory Council has thrown a spanner in the works. Its 111-page briefing document to the 9 October meeting, seen by Daily Maverick, while supportive of infrastructure spending as an economic growth catalyst, bluntly argues that South Africa will not meet its debt reduction aspirations.

“It is, however, patently not possible to stabilise the debt over the medium term, despite the Minister of Finance’s commitments in this regard – it will take much longer,” argues the document, which also warns that borrowing no longer is an option.

Tuesday’s letter by Mboweni requesting Parliament to delay the “mini budget”, is indicative of how at this late stage of the MTBPS cycle the rands and cents appear not to be firmly in place yet. Not for the economic recovery plan, not for the MTBPS.

And that means the line is no longer holding – a concern amid the ideological and political contestation over South Africa’s economic future. DM