SA’s economic reconstruction and recovery plan: The devil is in the detail and with the National Command Council 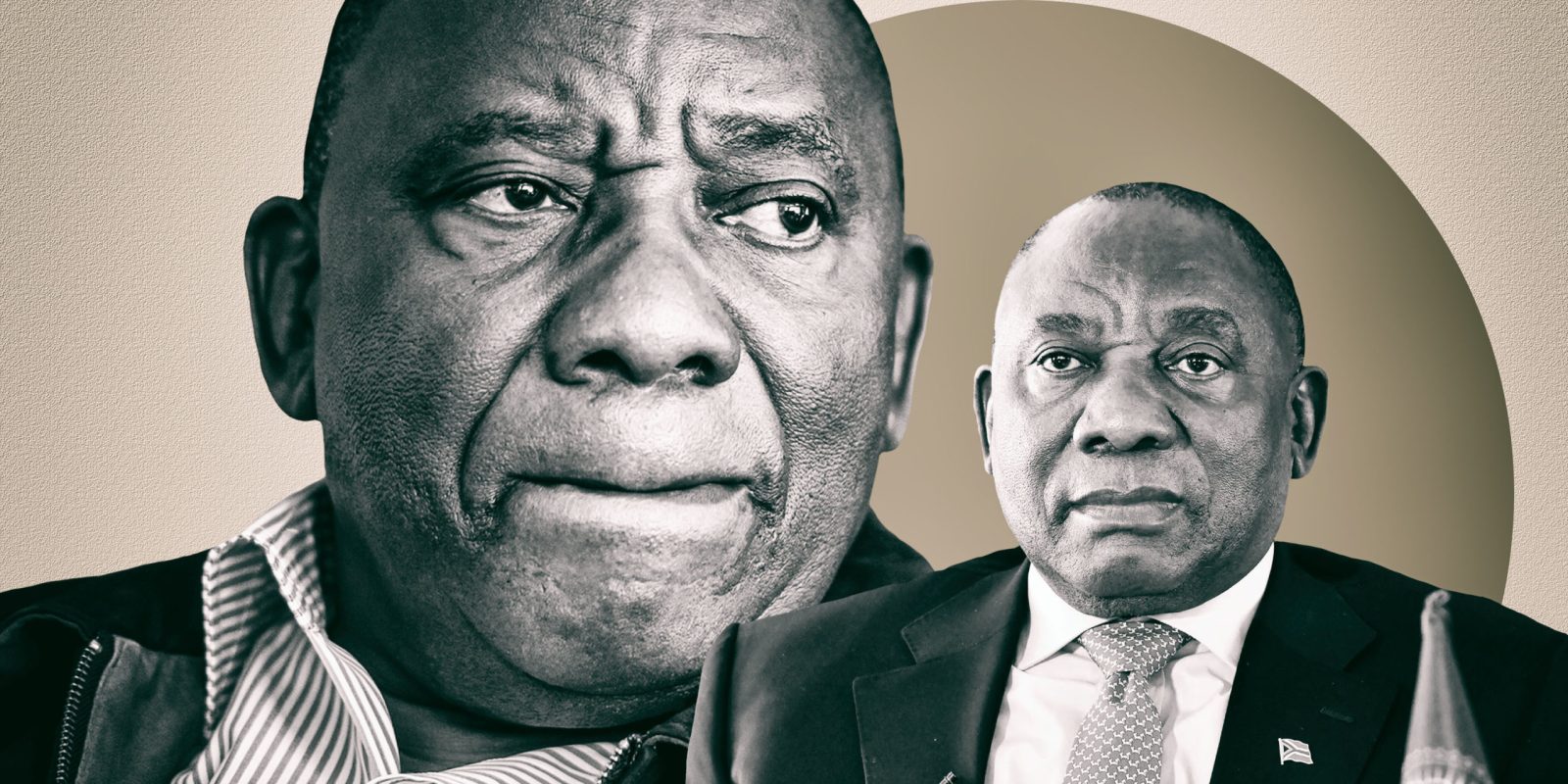 Calling a joint sitting of Parliament signals the seriousness President Cyril Ramaphosa wishes to impart when on Thursday 15 October he presents what is dubbed as the South African Economic Reconstruction and Recovery Plan. Optics aside, many questions remain.

The two-day Cabinet lekgotla from 7 October was briefed on the economic reconstruction and recovery plan – the presentation seen by Daily Maverick ran to 48 pages – but a final, final decision was kicked for touch to Wednesday’s (14 October) Cabinet meeting on the eve of President Cyril Ramaphosa’s joint parliamentary sitting.

South Africa’s economic recovery was central at the ANC National Executive Committee (NEC) lekgotla of 2 and 4 October, and again on Friday 9 October at the Presidential Economic Advisory Council. All this after the National Economic Development and Labour Council (Nedlac) saw government, business and labour each put forward definite proposals in mid-August 2020.

The Covid-19 hard lockdown had devastated an already flailing economy – and South Africa remains in lockdown with a curfew and other restrictions as Monday 12 October 2020 is Lockdown Day 200. At least 2.2-million people lost their jobs and South Africa’s fragile economy fell into recession with an 8.2% contraction expected for 2020.

Much of the economic reconstruction and recovery plan collates long- standing government policy. Infrastructure remains central to economic growth as energy security covers renewables and gas, but also a nuclear build, alongside localisation in manufacturing and in support to, among others township economies, and mass public employment programmes.

But it’s not necessarily the quantum of consultations that matters, but the quality of proposals and policies.

Yet the Cabinet lekgotla economic reconstruction and recovery briefing document is bumpf-heavy.

“Build a strong social compact that unlocks scarce resources, both human and financial, and further facilitates trade-offs in society as well as building consumer and business confidence,” is one of four key enabling factors for South Africa’s recovery, according to the document, alongside macroeconomic stability.

“Ensure that the population is skilled and equipped to be more productive in the economy; Adaptation to the ‘new normal’ as society transitions to a reality of co-existence with Covid-19…”

And this is where it gets interesting. Those eight priority areas were outlined in quite similar wording by Ramaphosa days earlier, when dressed in ANC colours, seated before an ANC flag, his ANC NEC lekgotla closing address was broadcast live on Monday 5 October. “In approaching these eight key economic focus areas the ANC supports a phased approach to our economic recovery,” he added.

The Cabinet lekgotla economic plan briefing document inexplicably sets no real firm deadlines outside three broad-sweep time frames of up to six months, six to 12 months and beyond a year.

Some exceptions stand out. For example, on the broadband rollout – a years-old government policy – the economic recovery plan is instructive. “Not yet funded. Undergoing project preparation (feasibility study)”, says the funding column, while the next column on impact states “Improved service delivery. Contribution to economic growth”, according to what’s called the implementation schedule.

What this means is there’s no money available. Not for the broadband rollout; nor for a good number of items in this economic reconstruction and recovery plan. And that may yet prove the pothole on the road to recovery and reconstruction.

At the same time, the economic reconstruction and recovery plan is shifting governance, arguing the new Covid-19 normal. Or as the Cabinet lekgotla briefing document says “Adaptation to the ‘new normal’ as society transitions to a reality of co-existence with Covid-19”.

And so the National Command Council is put in overall charge of monitoring and evaluation – in charge of Nedlac, and its presidential and other working groups, as well as line ministries and departments.

Who is in charge – the NCCC or the Cabinet? Ramaphosa unveils the blurring of democratic practice at the highest level

This command council effectively is a parallel system of governance, taking input from NatJoints, the National Joint Operational and Intelligence Structure, that brings together police, soldiers and spooks in a structure that is not established in law or regulation – and that does not publicly account.

Styled as a Cabinet committee even though all ministers serve on the council, it replaced the Covid-19 interministerial committee led by Health Minister Zweli Mkhize. But in at least two of his addresses to the nation, Ramaphosa said this command council took decisions, and many within government circles refer to NCCC decisions, briefings and the like.

The national command council is duplicated in ANC-governed provinces, and the Cabinet lekgotla briefing on economic reconstruction and recovery has such command councils also heading each of South Africa’s 52 districts, including metros. The local government aspect tallies with the District Development Model Ramaphosa launched in 2019.

According to the Constitution, the executive decision-maker is Cabinet at national level, and executive councils at provincial level.

Nothing of the National Command Council was in the 15 September joint action plan, version 18, endorsed in Nedlac.

At the time concern emerged that government would still just go do its own thing. Not only because public administration is focused on control and protocol, but also because of the roiling governing ANC factions.

The Cabinet lekgotla economic recovery plan briefing seems to in some ways shore this up. Its eight priority areas, and several other details, directly relate to what publicly emerged from the ANC NEC lekgotla as outlined in Ramaphosa’s Monday televised closing address.

Ramaphosa said the ANC endorsed the recovery plan “to focus on a few priority areas that will catalyse growth, protect businesses and create jobs”, outlining South Africa’s reconstruction and recovery plan would be infrastructure-led, with investments in energy, water and sanitation, public transport, roads and bridges, human settlements, health, education and digital infrastructure.

“The ANC will guide the work of government, working with the social partners to generate higher rates of economic growth, investment and job creation. Our aim is to radically transform our society to make it truly non-racial, non-sexist and economically more inclusive.”

Maybe it was the pressure to gain some positive optics. But having spoken as the president of the governing ANC, Ramaphosa now faces having to do a repeat on Thursday.

Ramaphosa knows addressing a joint sitting of both Houses of Parliament carries the seriousness and gravitas only affairs of state can generate.

And right now for Ramaphosa, at the helm of a weak public administration and a faction-ridden ANC, that’s crucial. DM