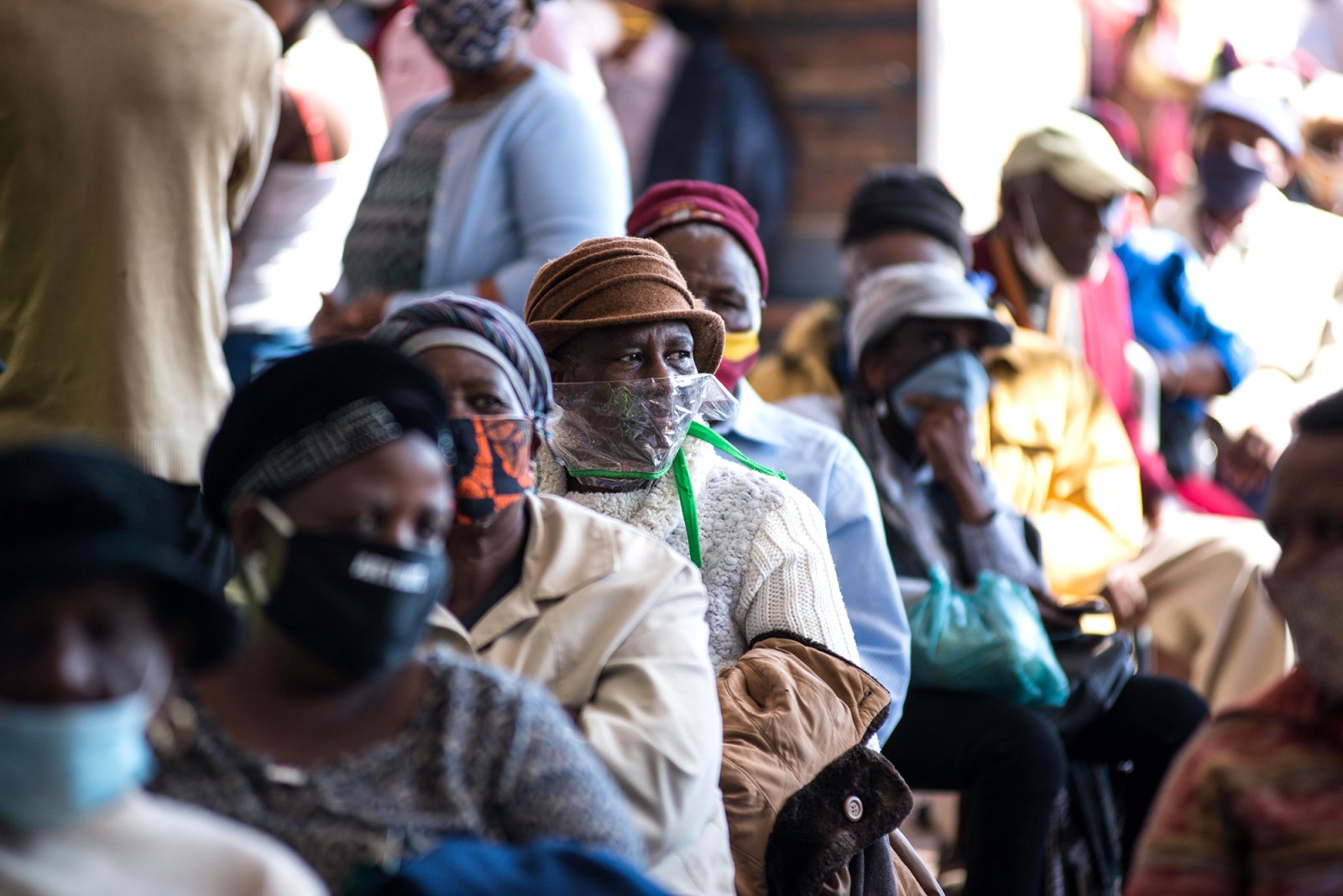 The Post Office is facing a debt crisis which may affect monthly social grant payments. The parastatal narrowly escaped disaster after approaching its subsidiary PostBank for a R1bn loan to help process October grants, saying its reserves were ‘depleted’. More than eight million beneficiaries receive their social grants through the Post Office.

“Sassa alert: Your payment of social grants will continue as normal and will not be affected by the current financial restraints experienced by the Post Office. Funds for social grants come from National Treasury & not from the revenue of the SA Post Office.”

The above tweet was posted by the South African Post Office (Sapo) recently after the state-owned entity approached its subsidiary Post Bank for a R1-billion loan to process social grants.

According to a statement released by the Post Office on 26 September, the parastatal experienced a “dramatic reduction in revenue” during the lockdown and is seeking means to “improve cash flows”.

A City Press article indicated that the Post Office had been pre-funding grant payments from its “reserves” which were now depleted. This, apparently, was according to a letter sent to Communications Minister Stella Ndabeni-Abrahams by former Post Office board chairperson Colleen Makhubele who the minister later demoted to an ordinary board member.

Makhubele has since dragged Ndabeni-Abrahams to court over the matter.

Sassa alert: Your payment of social grants will continue as normal and will not be affected by the current financial restraints experienced by the Post Office. Funds for social grants come from National Treasury & not from the revenue of the SA Post Office. @OfficialSassa pic.twitter.com/VARmIym2jY

In a statement reassuring the public that social grants would be paid, the Post Office explained that funds from the National Treasury come through the Department of Social Development to the SOE. This vague explanation was not clarified.

Neither the Post Office nor the South African Social Security Agency (Sassa) responded to queries regarding when and how funds from Social Development make their way to the Post Office for monthly grant payments.

More than eight million beneficiaries receive their social grants through the Post Office, based on July 2020 figures from Sassa. There are more than 11 million grant beneficiaries in the country and grants are the second-most important source of income for South African households after salaries, according to StatsSA’s 2018 General Household survey.

The Post Office is on the brink of collapse.

During a Communications Parliamentary Committee meeting on 1 September, the entity revealed it had R1.4-billion in debts to creditors, medical aid, pension fund, employee risk benefits and SARS, all unpaid for three months.

The Post Office has approached Treasury for a R4.9-billion bailout, but Treasury itself is dealing with highly constrained resources.

In June 2020 when the supplementary budget was presented to tackle Covid-19, Finance Minister Tito Mboweni warned that South Africa was facing a debt crisis by 2024. Last month, the Treasury said there were no additional funds available for government departments for the next three years.

The R4.9-billion requested from Treasury was broken down to R2.7-billion for operations, R1.4-billion in liabilities owed to Postbank, R300-million for voluntary severance packages and R525-million for other liabilities.

During a National Council of Provinces parliamentary meeting for Public Enterprises and Communication, Postbank CEO Hannes van der Merwe told MPs that the Post Office had agreed “in principle” to enter into a loan agreement that would enable the parastatal to pay social grants. The funds would be paid back once the Treasury approved the R4.9-billion cash injection.

Speaking at a separate Parliamentary committee meeting, Lenny Govender, the acting Chief Financial Officer for the Post Office, said the parastatal was facing a R1.9-billion loss for the 2020 financial year.

Losses were also affecting salary payments. August salaries were paid despite the Post Office admitting this “posed a challenge”. It is unclear whether September salaries were successfully paid. Govender said alongside seeking funding from the Treasury, a cash flow strategic plan had been put in place to reduce Sapo’s loss by R650-million.

In September, the Post Office Retirement Fund took Sapo to court in an unsuccessful bid to force them to contribute to the workers’ pension fund. The case revealed that employee salary increases agreed upon in 2018 had not been implemented.

Sassa grant payouts for this month began on 5 October. However a “technical glitch” saw recipients unable to withdraw funds from their accounts. The Post Office sent out a tweet on Wednesday saying it was aware that “withdrawals are timing out”, deducting funds even though transactions were unsuccessful. They promised to rectify the issue by 1pm that day.

I went to @CapitecBankSA to withdraw child support grant the transaction was unsuccessful but the money was there, i left, tried again now, money is gone

The R350 Social Relief of Distress (SRD) grant will be paid from this week. The Covid-19 relief grant, rolled out from May 2020, was an intended lifeline for poor and unemployed South Africans who weren’t receiving additional grants, but has been plagued with administrative and payment issues. In September the Department of Social Development said rejection rates for the grant had increased in August.

The Department partially attributed this to an additional step of means testing applications against banks. This was apparently implemented after the Auditor-General found roughly 30,000 applicants who were already receiving other Covid-19 relief funding.

“Applications are considered on their individual merits on a month-to-month basis, which means an application can be approved for one month and rejected the following month if, for instance, the financial situation changed,” the department wrote in a statement.

Use of the additional means test is being reviewed. Sassa is dealing with 60,000 appeals over SRD grants.

“This accounts for 12% of the South African adult population, 11.5% of the labour force, and nearly one in every four (24%) of the searching unemployed. Nearly 90% of recipients are self-reported black African, 55% are male, and nearly three in every five (57%) are younger than 35 years,” wrote Haroon Bhorat and Timothy Köhler in a Daily Maverick op-ed on the survey.

By late July, more than R1.7-billion of SRD grants had been paid to more than four million beneficiaries, according to the department, and 7.8 million applications had been received.

Zulu signed off on legislation this week to extend temporary disability grants and care dependency grants until 31 December 2020. No mention was made of extensions for the SRD grant.

However, in July 2020, Zulu said the SRD grant may become a basic income grant for unemployed non-grant recipients between the ages of 18 and 59.

If implemented, the groundbreaking social security measure could cost up to R200-billion a year. DM