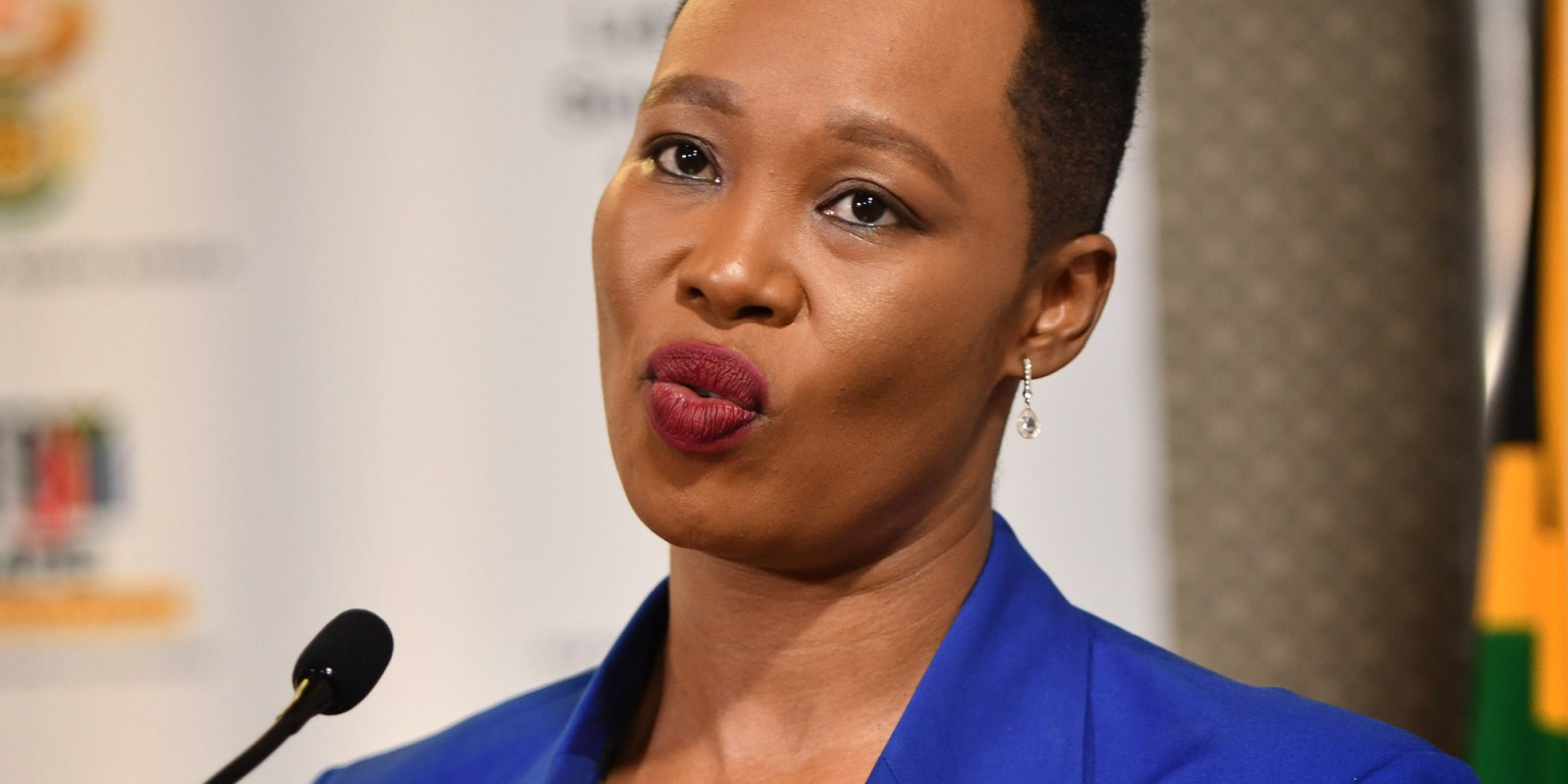 At a press briefing, Communications and Digital Technologies Minister Stella Ndabeni-Abrahams spent more time addressing allegations of her interference in Post Office affairs than key policy matters of her department. Among the policy matters is the issue of new spectrum.

Communications and Digital Technologies Minister Stella Ndabeni-Abrahams is facing battles on many fronts – especially at state-owned entities that she oversees.

The battles are mainly at the SA Post Office, where Ndabeni-Abrahams has been on a collision course with some board members over allegations of interference in the entity’s day-to-day administration.

In the media, Ndabeni-Abrahams has also faced allegations of interfering in the Post Office’s process of awarding lucrative tenders. According to IOL, she allegedly introduced businessman and chairperson of private equity firm Convergence Partners, Andile Ngcaba, to Post Office executives and board members in July to partner on a highly lucrative R2.1-billion e-commerce platform.

If true, it would be considered as flouting procurement rules, because bids for tenders should be competitive and attract several interested parties. And as the Communications and Digital Technologies Minister, Ndabeni-Abrahams can oversee the Post Office’s governance processes and not its day-to-day administration.

At a press briefing on Tuesday 6 October, Ndabeni-Abrahams spent more time addressing allegations of her interference in Post Office affairs than key policy matters of her department.

“In these engagements with the board, we have only discussed issues within my legal purview, among them, governance issues and other strategies of which the board requires my input and directions,” said Ndabeni-Abrahams.

She added: “I wouldn’t be shocked [by the allegations] because I am Ndabeni-Abrahams at the end of the day. I’ve always been challenged and attacked. Those attacks are nothing new, I am used to them as a politician. I am not bothered. At the end of the day, I am not here to be liked by anyone.”

One person who seemingly doesn’t like Ndabeni-Abrahams is former Post Office board chair Colleen Makhubele, who has dragged Ndabeni-Abrahams to court because she was demoted to an ordinary board member. On Tuesday, Ndabeni-Abrahams said she planned to challenge the court action.

Makhubele has accused Ndabeni-Abrahams of abusing her powers and acting unconstitutionally in demoting her from a role she had occupied since October 2019. The demotion, she said,  was due to “improper considerations”.

According to Business Day, Makhubele was demoted in August 2020 after clashing with Ndabeni-Abrahams over the Post Office board’s decision to institute disciplinary action against acting CEO Ivumile Nongogo, who later stepped down. Nongogo’s disciplinary action was linked to him concluding an agreement with the SA Social Security Agency to distribute the temporary Covid-19 R350 relief grant, without consulting the board.

This has left the Post Office, which suffered a loss of more than R1-billion in its 2019 financial year, without a permanent CEO since August 2019, when Mark Barnes abruptly resigned. Since then, the Post Office has had three acting CEOs: Lindiwe Kwele (suspended after being accused of misconduct), Nongogo and Reneilwe Langa (the current acting CEO, seconded from the communications and digital technologies department).

Ndabeni-Abrahams’ brawl with Post Office executives overshadows key policy decisions for which her department is responsible. For example, she is overseeing South Africa’s move to release new spectrum, which President Cyril Ramaphosa has targeted as a reform measure to grow the economy.

Spectrum refers to the radio frequencies on which data is transmitted. More spectrum means a better-quality service with fewer dropped calls and faster download speeds. The last big set of spectrum in SA was allocated in 2004 and 2005.

The Independent Communications Authority of South Africa (Icasa), a regulator that is overseen by Ndabeni-Abrahams’ department, has invited mobile operators such as MTN, Vodacom, Telkom and Cell C to bid for spectrum for 4G and next-generation 5G networks from 2 October. Spectrum auctions are expected to take place by the end of March 2021. Categories of available spectrum and auction prices have been published by Icasa (see below). DM/BM 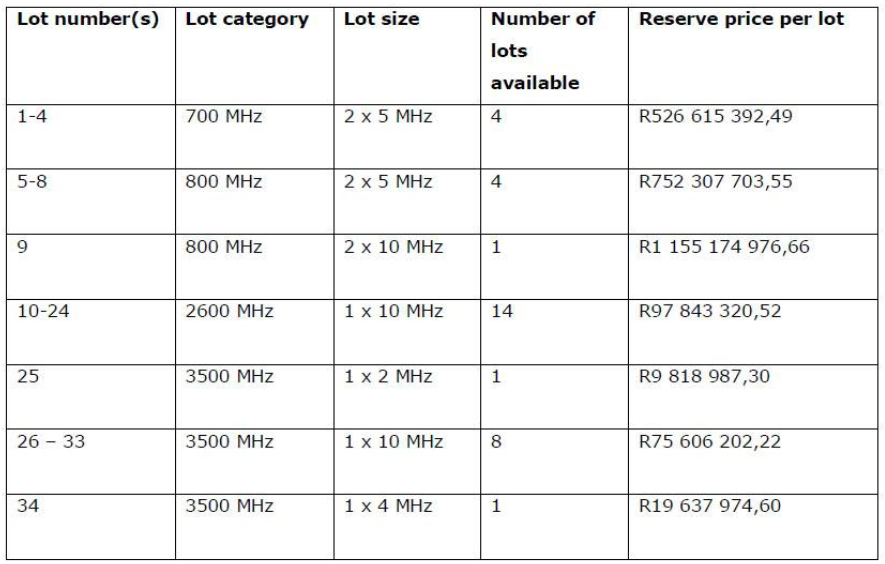