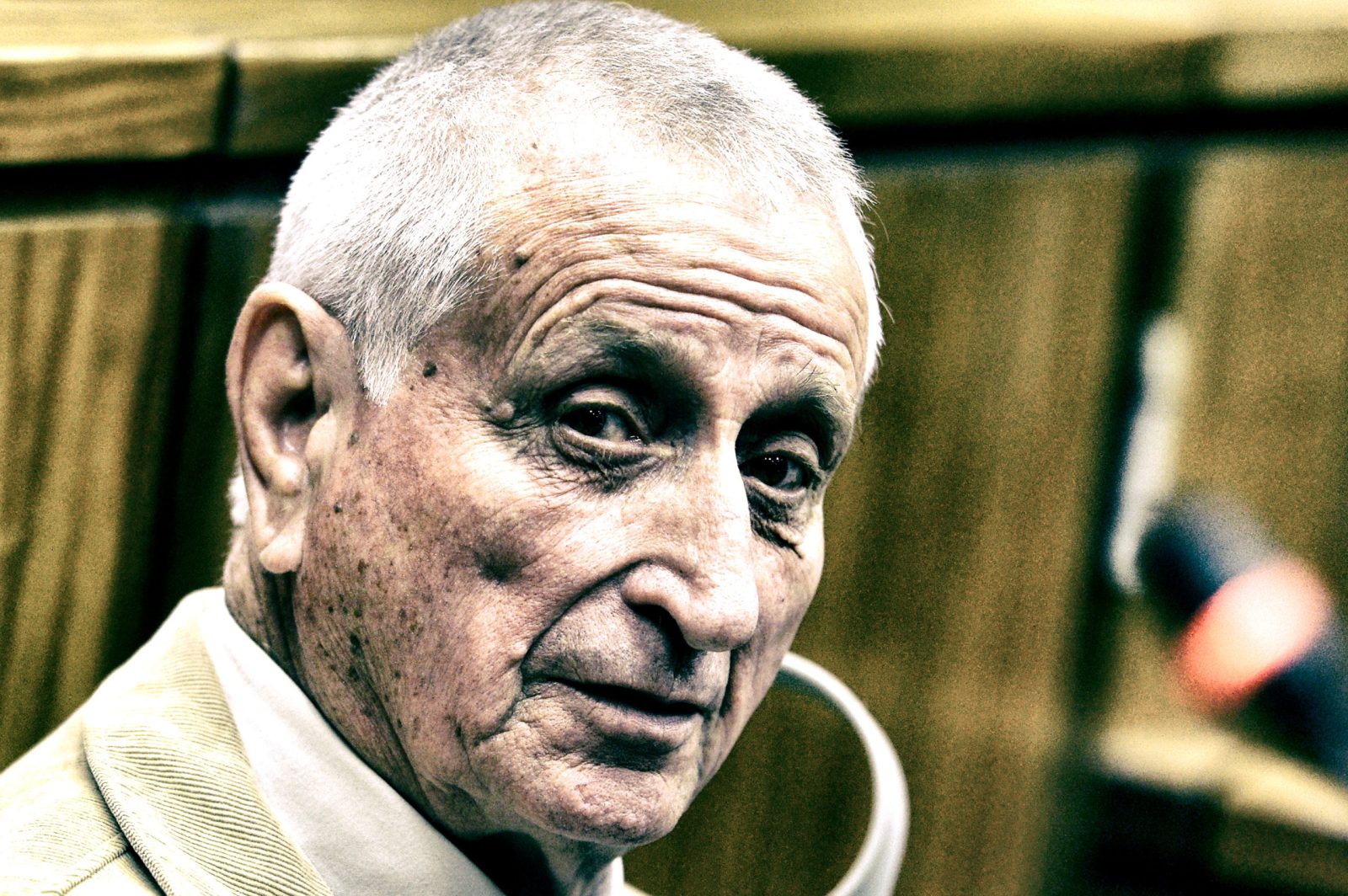 Murder accused Joao Rodrigues believes the state has pardoned apartheid-era perpetrators. If the Supreme Court of Appeal agrees, a generation of killers could be let off the hook. Activists say it’s a smokescreen and destined to fail.

Former Security Branch clerk Joao Rodrigues, who is charged with the 1972 murder of anti-apartheid activist Ahmed Timol, has claimed that his right to a fair trial has been violated and that if he’s guilty of anything, it’s lying about seeing Timol on the day he was thrown from the 10th floor of the Johannesburg Central Police Station.

In his application to the Supreme Court of Appeal (SCA), Rodrigues has repeated another defence: that he and other alleged perpetrators of apartheid crimes who were not granted amnesty by the Truth and Reconciliation Commission (TRC) might have been pardoned by the president.

The NPA’s decision to charge Rodrigues was hailed as a milestone for relatives of anti-apartheid activists who were killed by state operatives, but if the SCA upholds his claims that the president issued a blanket pardon, those families’ hopes of uncovering the truth and holding perpetrators accountable would be dashed.

“We submit that on probability the president indeed granted a pardon to the group of politically motivated perpetrators who did not apply for amnesty,” reads Rodrigues’s application for a permanent stay of prosecution.

His lawyers argue that there’s evidence that the president considered pardoning those who were not granted amnesty by the TRC. The papers don’t name the president, but they are clearly referring to Thabo Mbeki.

The NPA has admitted that it succumbed to political pressure and sidelined the investigations referred to it by the TRC.

Rodrigues argues that the president may have issued a secretive pardon, or a legally binding decision to that effect, which would explain why prosecutors failed to act on cases already investigated by the TRC.

“Some decision was taken and/or some agreement and/or arrangement was reached to the effect that certain incidents would not be prosecuted on – this clearly included the incident relevant to this application,” reads Rodrigues’s appeal application.

Rodrigues did not apply for amnesty at the TRC, but has claimed that his right to a fair and timely trial would be violated if prosecutors proceed with charges against him when they could have acted 20 years ago.

Timol’s nephew Imtiaz Cajee, who fought to have the Timol inquest reopened and overturned, said Mbeki attempted to pardon certain individuals, through the special dispensation for political pardons, but the process failed when challenged in court.

“Rodrigues is wrong. What he’s talking about was never approved. He has no amnesty. He must stand trial for his crimes,” Cajee told Daily Maverick.

Yasmin Sooka from the Foundation for Human Rights, which has pursued a number of apartheid-era cases in court, called the argument “absolute hogwash”. She said there had clearly been discussions between Mbeki’s executive and apartheid criminals, but they came to naught as any sort of blanket amnesty would violate the Constitution and South Africa’s international obligations.

Marjorie Jobson, executive director of the Khulumani Support Group, which assists survivors of apartheid human rights violations, said people accused of apartheid-era crimes had “shamefully” limited families’ efforts to seek the truth by delaying the cases against them while, as former government employees, the state pays for their defence.

“This matter needs to be put to rest by the Appeal Court. If not, we will go back to the Constitutional Court to reaffirm the rights of victims to justice as President Mandela put forward in the debate on the TRC’s report in 1998,” she said.

During his application for leave to appeal, which was dismissed, a full Bench of the Johannesburg High Court rejected Rodrigues’s claim that he and others might have been granted a blanket pardon.

“While there were political attempts made to consider pardons post the TRC process, none of them materialised,” said the court.

“The courts took the firm view, particularly in matters relating to pardons, that when such power was exercised, it triggered the duty to hear persons affected and that the exclusion of victims from such a process was irrational,” it continued.

Marjorie Jobson, executive director of the Khulumani Support Group, which assists survivors of apartheid human rights violations, said people accused of apartheid-era crimes had “shamefully” limited families’ efforts to seek the truth by delaying the cases against them while, as former government employees, the state pays for their defence.

“Crimes against humanity do not prescribe. The conditions for amnesty existed only for the duration of the offer of amnesty in exchange for the whole truth. This was a time-limited offer,” said Jobson.

“The pursuit of the charges against Mr Rodrigues are critical to the cause of accountability for past crimes. Too many agents of the apartheid state have taken extraordinary measures to hide the truth from families of those who died in political detention.”

The precedent set in the Rodrigues case will have far-reaching consequences. Four former Security Branch members were due to go on trial on Monday for the 1983 kidnapping, murder and disappearance of MK member Nokuthula Simelane. The case was postponed due to the death of a member of the defence team.

That case, and many like it, could be derailed if Rodrigues gets his way at the SCA. His application for leave to appeal will be heard by the court on 6 November. DM