An apartheid murder reckoning: Does the NPA have the courage? 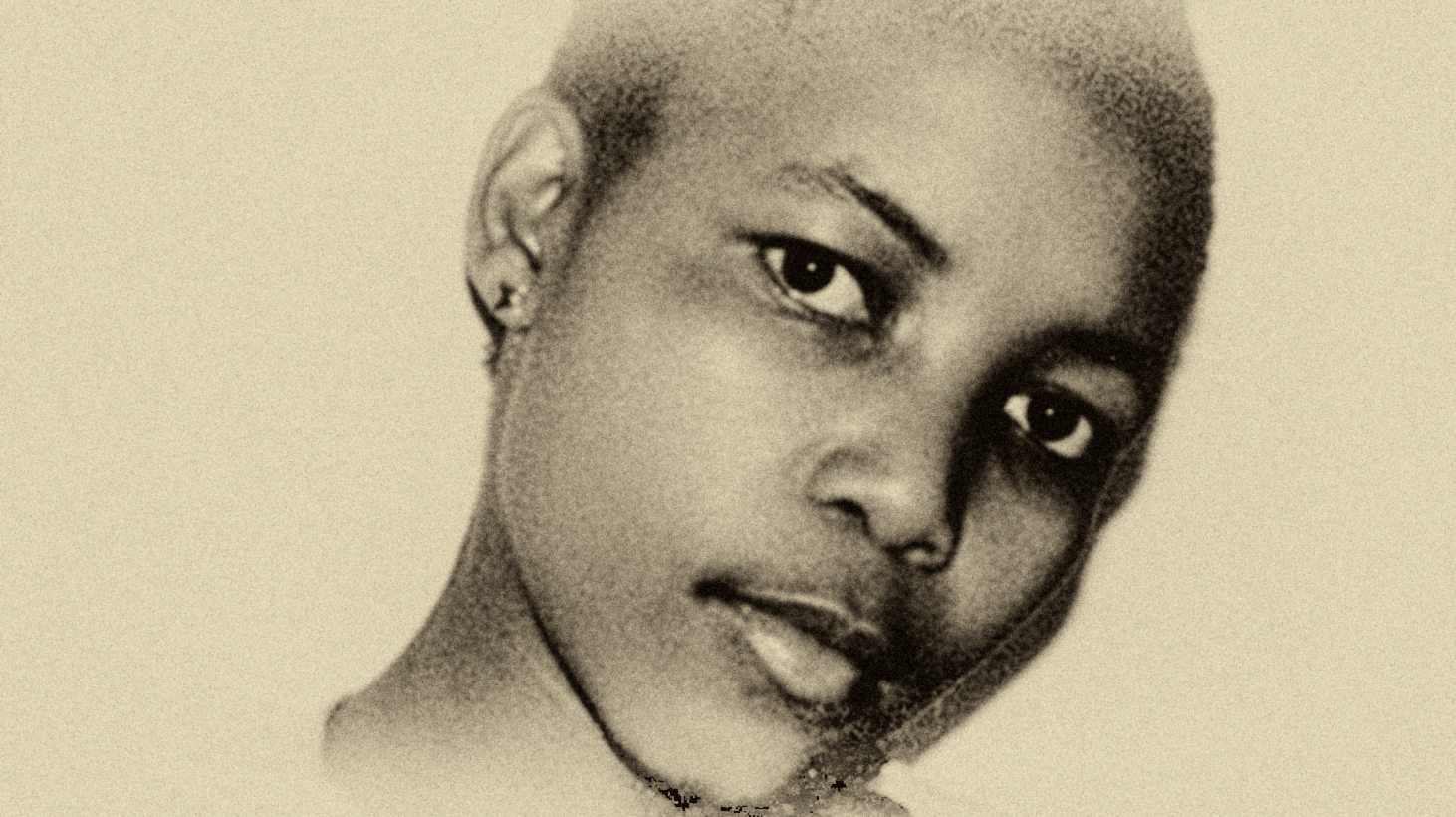 On 25 July 2016, the North Gauteng High Court will play host to the first real attempt at prosecuting an apartheid political murder since 2007. But will it be a real attempt? Is our National Prosecuting Authority still hamstrung by what the ANC doesn’t want the country to know? And why is our prosecution record for past atrocities still shamed by the likes of Argentina, Peru, Chile and Sierra Leone? By KEVIN BLOOM.

To win a pair of season tickets to the South African Theatre of the Politically Absurd, who wrote the following words to the country’s chief public prosecutor on 8 February 2007?

“I must advise you at the outset that the media articles alleging that the National Prosecuting Authority will go ahead with prosecutions have caught me by surprise.”

You’re picturing a guy in a blue satin jacket, gold rings cutting off the flow to his blood sausage fingers, a quilt of scars adorning his golf ball knuckles, right? Who, after all, could’ve penned such a letter if not some thug whose deal with the state—a “secret” arrangement whereby clemency was promised in return for dirt on the boss—had suddenly gone public? A lieutenant in the army of Radovan Krejcir? The consigliere of Vito Palozollo? The head of operations for Igshaan Davids aka Sanie American?

None of the above, it turns out—although the last option, given Sanie’s afternoon tea in 2011 at the official Cape residence of Comrade Number One, is the answer that comes closest. There are many contenders for the date on which South Africa became a gangster state, and there’s even an argument for the fact that it has never not been one, but if we’re going to submit a date for when the escape hatch out of gangster-hood was good and properly shut—a day in history when Clem Sunter and his disciples could never again proselytize about the “high road”—then 8 February 2007 would be tough to beat.

Because that was the day on which Brigitte Mabandla, the minister of justice and constitutional development in Thabo Mbeki’s cabinet, wrote to inform Vusi Pikoli, the national director of public prosecutions, that a certain group of South Africans could not under any circumstances be prosecuted. And who were these South Africans? Amongst others, they were former members of the apartheid security establishment, men guilty of perpetrating what the United Nations had deemed in 1966 a “crime against humanity”, white supremacist torturers and murderers who had not qualified for amnesty under the terms of the Truth and Reconciliation Commission of 1996.

“In our discussions you briefly mentioned to me that the NPA will not go ahead with prosecutions,” Ms Mabandla continued, in her most courteous ministerial hand. “As you had undertaken to advise me in writing, I will appreciate it if you could advise me urgently on the matter so that there can be certainty.”

The letter, attached to the supporting affidavit of Vusi Pikoli in the matter of Thembi Nkadimeng vs NDPP and Others (2015), was far from the only item to substantiate the claim that the ANC government had no intention of ever bringing to justice the perpetrators of apartheid atrocities. There were a number of other such items, for instance an affidavit filed by Pikoli during the Ginwala Commission of 2008, wherein details were provided of a powwow called in 2006 by the acting minister of justice and constitutional development, Thoko Didiza, at the home of the minister of social development, Zola Skweyiya, to which the ministers of defense and safety and security were cordially invited.

The problem for this coterie of cabinet heavies was that Pikoli, just because it said “NDPP” on his nametag, assumed he had a duty to go after the men who’d attempted to kill former anti-apartheid activist Frank Chikane—who now, a little awkwardly, was the director general in the office of President Mbeki (see here for Mbeki’s discerning reminiscences on the outcome of the Ginwala Commission). The ministers were worried, Pikoli explosively testified, “that cases like the Chikane matter could open the door to prosecutions of ANC members.” Steadfastly clinging to the idea that his job still somehow counted for something, Pikoli assured the ministers “that no prosecution would be undertaken without [his] specific direction and reiterated [his] concern about the delay in the process particularly in view of the requirement that [he] report to parliament on these matters.”

Fast forward a few years to 2015, to when the NDPP, a position that the president is meant to appoint for a term of ten years, saw its fifth appointment in 17 years: Shaun Abrahams. Of the 500 cases submitted by the TRC to the South African government for further investigation and possible prosecution, less than a handful had been prosecuted up until 2007. From 2007 on, the NDPP would take meaningful steps to prosecute on only a single case—primarily because the family of Nokuthula Simelane, who’d been kidnapped, tortured and disappeared by apartheid forces in 1983, filed a case before the High Court to force the NDPP’s hand.

As Thembi Nkadimeng, Simelane’s sister—and, incidentally, the current executive mayor of Polokwane—wrote in her own affidavit in the 2015 High Court application that bore her name:

“I do not know why the new South African state has turned its back on victims who sacrificed so much, but it appears to me that this approach can only have been the product of a policy or decision to abandon these cases.”

And so on 25 July 2016, a full 33 years after the event, Willem Coetzee, Msebenzi Radebe, Anton Pretorius and Frederick Mong will finally appear in a South African court—the High Court in Pretoria—to answer for the charge of Nokuthula Simelane’s murder. Radebe, for his part, will also be answering for the separate charge of kidnapping. But before we assume that this implies an about-turn in the so-called “policy of abandonment”, we should probably consider the following.

Shaun Abrahams and the NPA have decided in the matter not to prosecute a former brigadier in the apartheid police services by the name of Willem Schoon, the very same police brigadier who—as the abovementioned Willem Coetzee had once testified under oath—gave the official order for the “continued unlawful detention” as well as the “kopdraai” of Simelane. What’s a “kopdraai”, you ask? Coetzee himself defined it thusly: “Kidnapping ontvoering, beating a person into submission and then rebuilding them and incorporating them into structures.”

Here’s the thing. Although Coetzee was the commander of the police intelligence unit that carried out the operation against Simelane, he was no brigadier—and the other three, his underlings in the unit, were even further removed from the ultimate levers of power.

Here’s the other thing. Although Schoon is today in his 80s, apparently frail and unwell, it would have been a lot easier to sell the South African public on the compassion angle if this NPA wasn’t this NPA.

But sadly, this NPA is this NPA: the same NPA that informed Thembi Nkadimeng in 2010 that there were no investigators available as they were all too busy with the soccer world cup; the same NPA that forced Nkadimeng and the other family members to arrange for their own private investigators if they wanted to pursue the case; the same NPA that has never in its 18-year history fully thrown the book at a real architect of the crime against humanity known as apartheid (lest we forget, former security minister Adriaan Vlok, the only senior politician to ever be convicted for apartheid-era crimes, won his freedom in a plea bargain in 2007).

If the above comes across as a little OTT, a little hard and unforgiving on the NPA and/or aging political murderers throughout the land, a wider lens may be necessary. In early January this year, the country of Guatemala woke up to the astonishing news that 18 retired military officers had been arrested on charges of human rights violations committed in the 1980s—the men were all high-ranking officers, and they were being accused of “criminal responsibility for numerous cases of enforced disappearances, torture, sexual violence, and extrajudicial execution”.

In one fell swoop, assuming only half of these men are sentenced, Guatemala may have leapfrogged South Africa on the prosecutions-for-past-atrocities list. But Guatemala isn’t the only country that places the efforts of our NPA in context. After Argentina’s truth commission, more than 1,000 cases were put forward for prosecution, with nearly 500 individuals charged soon thereafter—as of 2008, following a few years of political throat-clearing, 36 people had been convicted for abuses committed during the dictatorship, with around 440 (most of them in pre-trial detention) facing charges. In Chile, also as of 2008, 256 former military personnel and civilian collaborators had been convicted for crimes ranging from enforced disappearance to murder and torture. In Peru, by the same year, 17 had been convicted, with the added satisfaction for victims being the arrest and sentencing of former president Alberto Fujimori, following his extradition from Chile.

The most awkward comparison for our own NPA must, however, be the Special Court for Sierra Leone. Set up in partnership with the United Nations after a request from the Sierra Leone government, the court brought 13 indictments against senior military and rebel leaders for war crimes and crimes against humanity committed during the civil war of 1991 to 2002. Amongst those charged was former Liberian president Charles Taylor, whose appetite for destruction had extended beyond Liberia’s borders to support for Fodah Sankoh’s Revolutionary United Front—in 2012, following a four-year trial, he was convicted of aiding and abetting the RUF on 11 counts, ranging from murder and looting to sexual slavery and the recruitment of child soldiers. Equally awkward for our own NPA is that while another eight of the original 13 were convicted and sentenced to lengthy prison terms, no trials of low-level perpetrators ever took place in Sierra Leone’s national courts.

In South Africa, it’s not so much that we’re the other way ‘round—applauding the Nobel peace prize of one of our apartheid presidents, say, while allowing the other (more nasty) one to live out his days like a croc on a sun-baked bank—it’s that we pretend not to be. Eugene de Kok and Wouter Basson were horrible enough, but they too were following orders.

So was the escape hatch on the ANC’s slide into gangster-hood fully sealed when Ms Mabandla sent her letter to Mr Pikoli in 2007? Probably not. It was probably sealed some time before then, some time when the ANC brass decided that the things they had done during the liberation struggle could never see the light of a South African courtroom.

Leaving the ultimate question: how bad were those things? At this late stage in the game, we’d be naïve to think that the answer has no bearing on the actions of the NPA. On 25 July 2016, in the North Gauteng High Court, we are going to witness history being tested. Again. DM

Photo: Nokuthula Simelane was kidnapped, tortured and disappeared by apartheid forces in 1983.