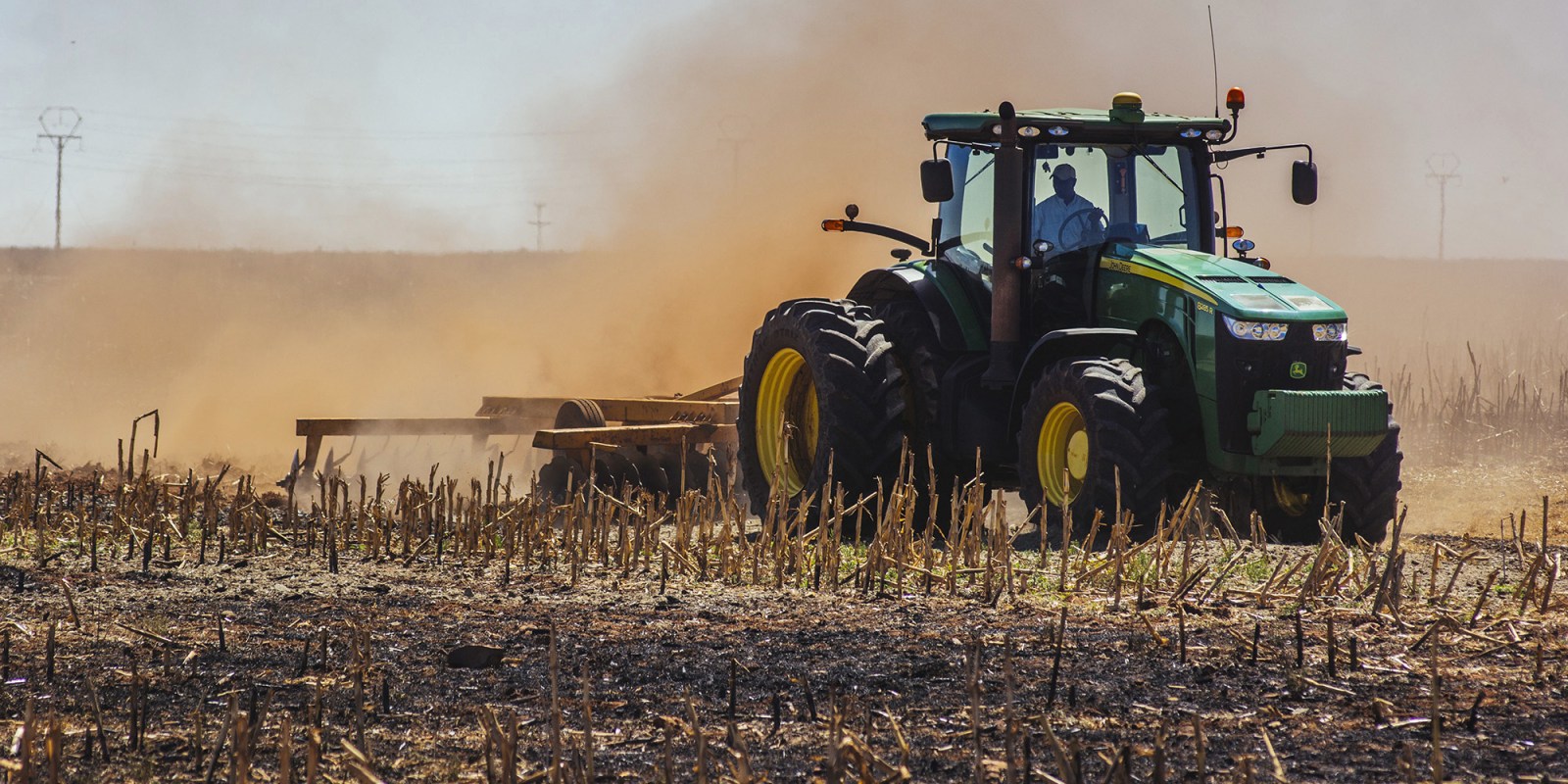 The authors argue that data from countries where Agra is actively focused have seen continued poverty and as much as a 30% rise in food insecurity. (Photo: Waldo Swiegers/Bloomberg via Getty Images)

The South African government has made almost 900 farms available for emerging farmers to lease on underutilised or vacant state land. The government is offering 30-year leaseholds, with an option to buy, which raises the old issue about how these farmers can raise finance without collateral.

Agriculture Minister Thoko Didiza made the announcement on Thursday, 1 October that over the next two weeks, the government will issue advertising notices for 896 farms on 700,000ha of underutilised or vacant state land. The plots in question are found in all provinces with the exceptions of Gauteng and the Western Cape.

The District Beneficiary Screening Committee will screen the applications, which, in turn, will make recommendations to the Provincial Technical committees (PTC). The PTCs will review these and then submit them to the National Selection and Approval Committee for approval. Applications who don’t make the grade can turn to the Land Allocation Appeals Committee.

South Africa’s efforts at land reform, which aim to rectify enduring racial disparities in ownership, have generally been regarded as a flop. This is, in part, because of the bureaucracy involved, which is overseen by a state clearly lacking capacity.

This is one of the points driven home by Wandile Sihlobo in his insightful book on land reform, Finding Common Ground, where he details cases of prospective emerging farmers who gave up after waiting years only to discover their applications had not been processed.

The convoluted process for the almost 900 farms being made available this time around has relatively short timelines. In total, it should take about eight weeks to process and approve applications. A cynic might suggest not holding your breath, but let’s see eight weeks after the closure date for applications if this is indeed the case.

Potential corruption in this process is another concern, but Didiza, in response to questions from the media on the issue, made the usual ANC commitments to rooting it out.

A lack of training and experience has also been widely cited as a reason behind the failure of many emerging farmers to make a go of what is a very tough and demanding business.

“All beneficiaries who have been allocated state land and signed lease agreements will be subjected to a compulsory training programme. The training programme will include entry-level training on the commodity of their choice, basic record keeping, and basic financial management as well as enterprise development,” the Department of Agriculture, Land Reform and Rural Development said in a statement. Such a move is clearly welcome, but delivery remains to be seen.

The government will undertake quarterly inspections by the Land Administration unit, and annual reports will be written up for the minister. In the past, there has also often been a lack of oversight, which raises the question about the department’s ability to do so now.

Then there is the matter of the 30-year leasehold with the option to buy. This is a big red flag over an issue which has bedevilled the land reform process from the get-go. How can farmers raise finance without a title deed that allows them to use their land and infrastructure as collateral? The Department of Agriculture said in its statement that a “credit management system will be put in place to manage debt recovery and management”. But it all remains fairly vague at this point. And given the blowout in government finances caused by the Covid-19 pandemic and subsequent economic meltdown, the state certainly does not have much in the way of resources to support emerging farmers.

It will be interesting to see in a year’s time how much of this land is on its way to becoming productive and commercially viable, and how much of it will remain underused. BM/DM