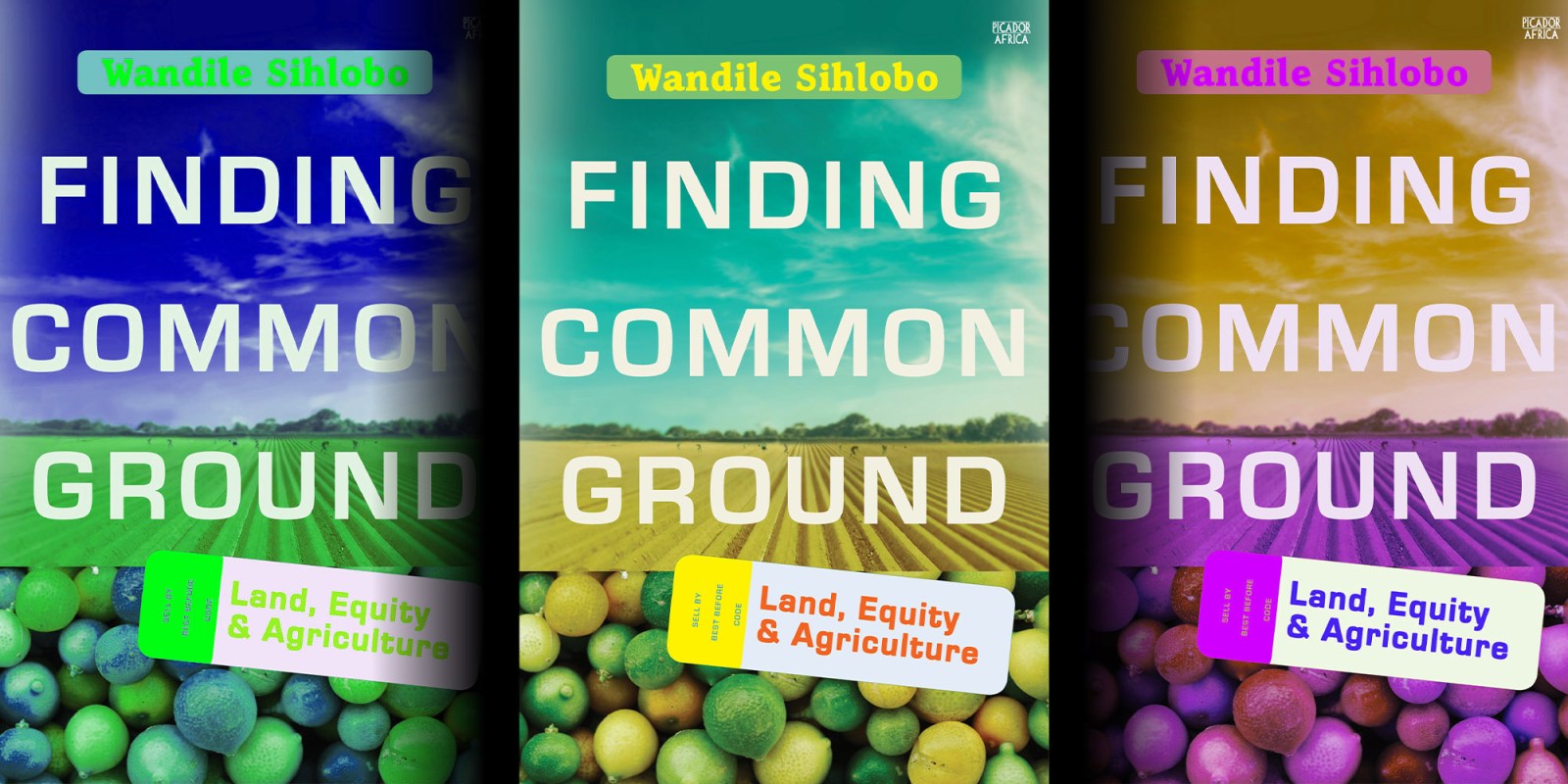 ‘Finding Common Ground’, a book by agricultural economist Wandile Sihlobo, is a useful collection of previously published work that paints a portrait of the state of South African land reform and the farming sector. One thing that struck this reviewer was the litany of missed opportunities and bungling that have set the land reform process back. The Covid-19 pandemic will set reform back even further while fuelling social tensions around it.

Collections of previously published essays do not always work, but they do in this case. Sihlobo, the chief economist at Agricultural Business Chamber of South Africa (Agbiz) who has also served as a member of President Cyril Ramaphosa’s Advisory Panel on land reform, has done a great service by bringing this readable anthology into one book — a “harvest” as he says in his conclusion. It will be an essential resource for anyone interested in South Africa’s crucial farming sector and the challenges that it faces.

This reviewer was especially taken with the articles/essays in the first and longest section, detailing South Africa’s efforts at land reform, the aims of which include rectifying the racial imbalances of ownership that are the legacy of apartheid and colonialism. This has included the whole “expropriation without compensation” debate, spurred by the Economic Freedom Fighters’ (EFF) far more radical and unfeasible call for blanket nationalisation.

Sihlobo is always diplomatic in his writing, which is to his credit. But reading these articles has put this reviewer in a less-than-diplomatic mood. A litany of missteps and missed opportunities on the land-reform front, from bureaucratic bungling to ill-conceived policies, have retarded the land reform process.

Take the example of Bongani (not his real name), a potential land reform beneficiary in the Eastern Cape.

“Bongani aimed to start farming commercially in mid-2005, but that dream was deferred when he discovered after a three-year waiting period that his application forms to access land were never processed, as they had been misplaced by the Department of Rural Development and Land Reform during the processing stages. He was told, after numerous follow-ups, that this had happened during the demarcation of municipalities, which is strange considering that land reform is not a competence of local government,” Sihlobo writes.

He reapplied in 2009 and hit another brick wall. Sihlobo spoke to him in May 2018, when he was working on communal land, a full 13 years after he had hoped to enter the ranks of commercial farming.

The process he faced was convoluted. A fundable business plan was required, which had to follow the tedious screening. And in the opinion of Bongani and other hopeful farmers — no doubt formed after several fruitless bureaucratic encounters — “some of the officials… tend to lack agricultural proficiency to expedite applications.”

Sihlobo is indeed diplomatic here — if he wasn’t such an asset as an economist he could have a career at the Department of International Relations and Co-operation. One can easily imagine the nightmare that Bongani found himself in as he confronted unqualified ANC cadres or their friends or family members, appointed simply to expand the party’s web of patronage. That was firmly in place when Thabo Mbeki was president — Bongani’s tale of woe is a salient reminder of that — and this trend accelerated dramatically after Jacob Zuma and his merry band of looters took over. Bongani never had a chance, and many South Africans — for example, anyone who has had to deal with the shambolic mess that is Home Affairs — will relate to his frustration at documents being “misplaced” and not processed.

If public servants did their jobs, documents would not get misplaced.

Beyond the capacity of the public service, Sihlobo highlights other pitfalls related to policy, including a “fragmented approach… which often set the beneficiaries up for failure”. Rural Development had one task, Water and Sanitation another, Agriculture another, Trade and Industry another. It has become a cliché to say that one arm of the South African government doesn’t know what the other is doing. In this case, the legs were also involved, and as a result, a lot of land reform projects got kicked into touch as one limb tripped over the other.

Sihlobo — and others who also contributed to some of these articles — do have some sensible policy recommendations. These include the market-based approach used before 2006, which should have been “expedited with the proficiency the matter deserves”. This included the transfer of title deeds to beneficiaries, which would have helped hugely with access to finance, with support in the form of mentorship from neighbouring farmers and businesses in the agricultural space.

The book has plenty of other sensible proposals and examples of failed policies, as well as some successes. We meet Sibuyiselwe Sontundu, a female farmer in the Eastern Cape who has made a go of it, producing livestock and grains. She got her start with support from government and organised agriculture, acquiring skills and diversifying her production base which, while small, employs 10 full-time staff.

Aside from land reform — which is always in the background regardless of the subject matter — the book examines issues such as new agricultural leadership, employment, the coming cannabis boom and others. It is a comprehensive look at the wide farming landscape in South Africa, and while this reviewer has already read several of the pieces over the years, reading and rereading them as a whole helped me to connect the dots.

For this reviewer, the bottom line is that if it were not for policy missteps and bungling — and making more money available when South Africa had much lower budget deficits and was even in the black — the land reform process would be much further ahead. Agriculture in the islands of rural poverty that are the former Bantustans could be flourishing, and there would be far more black commercial farmers, big and small, contributing to the economy and creating jobs while helping to build up food security in the face of the climate crisis.

This book was finished before the Covid-19 menace reared its head and the pandemic is certain to be yet another setback for the land reform process. South Africa may yet reap a bitter harvest from the failure of the government and ANC to address this issue more forcefully and equitably when it had the resources at its disposal to do so. In this regard, land reform is no different from a host of other ANC policy failures over the years.

But in the wake of Covid-19, with a potential depression about to dramatically shrink the economy and unemployment set to soar from its already eye-watering levels, the land issue is one of many that could heat up again, raising the temperature in what is already the red-hot furnace of South African social discontent.

Ideas that would have been deemed beyond the pale just a few weeks ago are now official policy. The SARB has cut rates by 100 basis points and started a programme of quantitative easing; society and the economy are in lockdown; the prohibition is back, but you can still get pissed at home, apparently; the finance minister may approach the IMF, and billionaires are handing out cheques for R1-billion.

Meanwhile, the enduring legacy of apartheid’s spatial disparities has come sharply into focus. If you live in a shack in a squatter camp and the state expects you to stay there for 21 days, you will probably want a bigger piece of land when the smoke clears. But the government will hardly have the resources to support a renewed land reform drive with buy-in from all stakeholders.

“Common ground” may still be found on this thorny issue. But finding it will be far harder now and more radical and unsettling policies could become a reality. BM