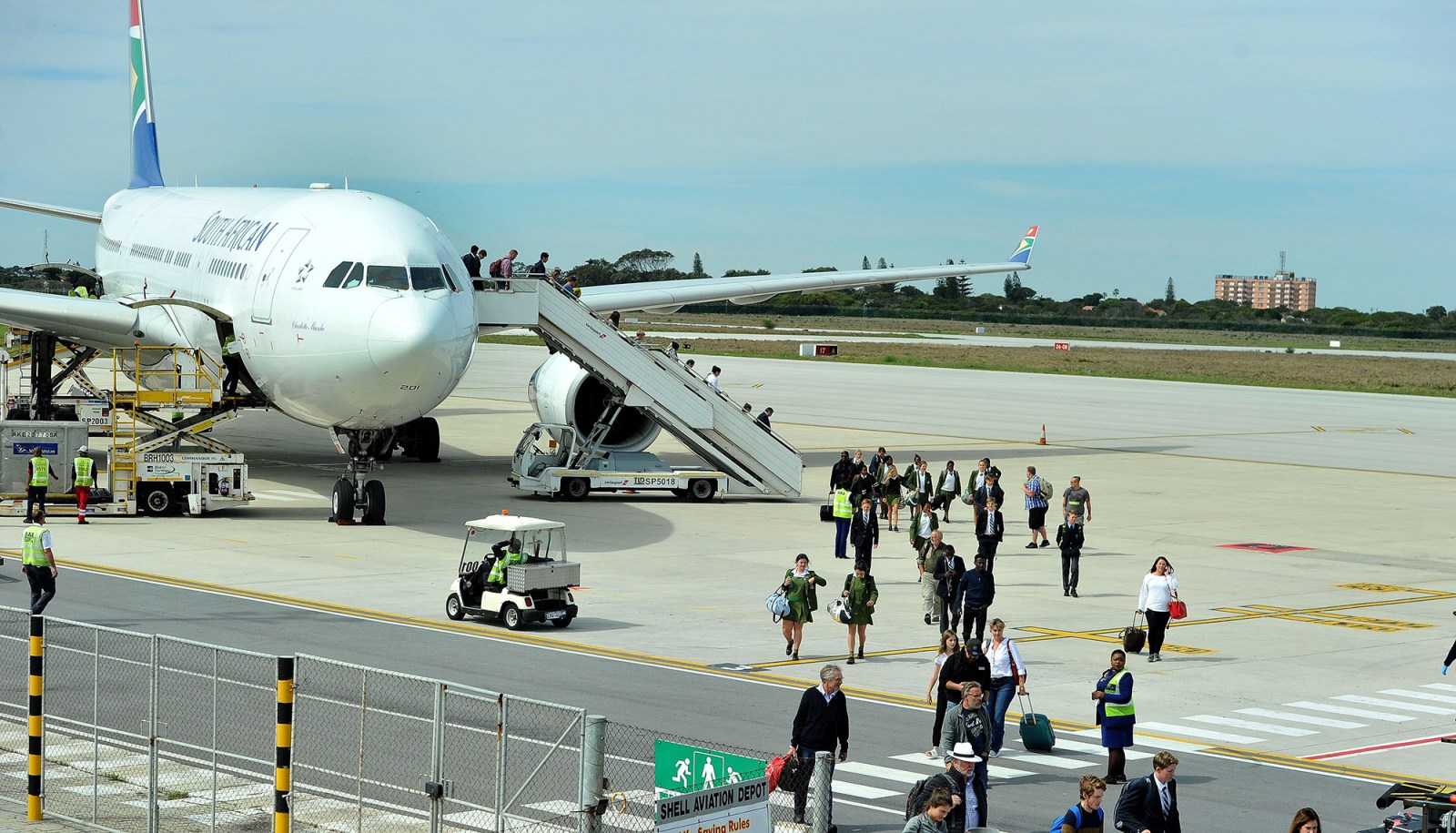 The Department of Public Enterprises, which is the sole shareholder of SAA, has missed the Thursday 17 September deadline to provide at least R10.4-billion for the airline to be restructured. (Photo by Gallo Images / Netwerk24 / Lulama Zenzile)

The government has failed to provide the national carrier with funding of at least R10.4bn to implement the airline’s business rescue plan. Without this funding, the troubled company will be brought closer to its final resting place.

SAA is again in danger of liquidation as urgent funding for the state-owned airline’s business rescue process has failed to materialise.

The Department of Public Enterprises, which is the sole shareholder of SAA, has missed the Thursday 17 September deadline to provide at least R10.5-billion for the airline to be restructured.

The deadline was set by the SAA business rescue practitioners, Siviwe Dongwana and Les Matuson, on 10 September, when they warned that the airline was facing a dire financial situation because funding from the government had been serially delayed.

On Thursday 17 September, the rescue practitioners informed SAA creditors that they had again failed to secure funding from the government despite the approval of the airline’s business rescue plan two months ago.

Dongwana and Matuson were forced to schedule a meeting with creditors on Friday 18 September to review the business rescue plan and future of SAA.

Dongwana told creditors that he received a letter from the department – supported by the National Treasury – on Friday morning ahead of the meeting, indicating that there was “a very clear commitment” from the Cabinet to provide SAA with “funding of R10.5-billion”. But the letter made no mention of when funding would be provided to SAA or how the funding would be raised by the government, he said.

Dongwana said he would engage with the government in detail to get an understanding of the timelines for when the funding would flow into SAA. Creditors would be informed next week about the outcome of Dongwana’s engagements with the government.

Without funding, Dongwana tabled two options for SAA’s future; a structured wind-down of its operations or liquidation. A wind-down entails the disposal of assets and the payment of liabilities with the proceeds and the possible survival of a financially distressed company. Meanwhile, liquidation entails a fire sale of a company’s assets and its permanent closure.

Public enterprises minister Pravin Gordhan has been opposed to a structured wind-down or liquidation, opting for SAA to be saved and for its commercial flight operations to restart in January 2021.

Business Maverick understands that Gordhan’s department and the National Treasury are divided on the SAA matter; with the latter refusing to provide any funding despite the former’s request for the funding to be allocated in the Medium Term Budget Policy Statement in October.

The National Treasury and the Department of Public Enterprises joined forces in July to “mobilise funding” for the restructured SAA, but also said money for the airline could not come from the fiscus.

In a statement on Friday, the department was emphatic that the airline would not be liquidated, saying the “government will reprioritise funds to finalise the restructuring of SAA and the implementation of the airline’s business rescue plan.”

It said an announcement on reprioritising funds would be announced in the Adjustments Appropriation Bill, which will be introduced in Parliament soon. Appropriations can only be made at the time of the budget or the adjustment budget.

The department would also “continue to assess the 20 unsolicited” expressions of interests from private-sector funders, private equity investors and partners for a future restructured SAA.

The investors and partners would inject capital in SAA in exchange for a shareholding in the airline.

In July, SAA creditors voted overwhelmingly in support of the business rescue plan, which requires at least R26.7-billion in short-, medium- and long-term funding from the government to restart the airline’s operations by January 2021. However, at least R10.5-billion of the required R26.7-billion is new money.

Since the rescue plan was approved by creditors, the rescue practitioners said the government had only provided the airline with R9.3-billion in funding to pay its lenders. This is not new money because it is part of the R16.4-billion that was already allocated by Finance Minister Tito Mboweni in the February 2020 Budget for SAA to repay its historical debt to commercial banks, which are the airline’s biggest creditors and whose loans are guaranteed by the government.

SAA requires the R10.5-billion new money to pay creditors (whose debt is not guaranteed by the government), retrenchment packages to 2,600 affected workers and to fund the restart of the airline’s operations. DM/BM