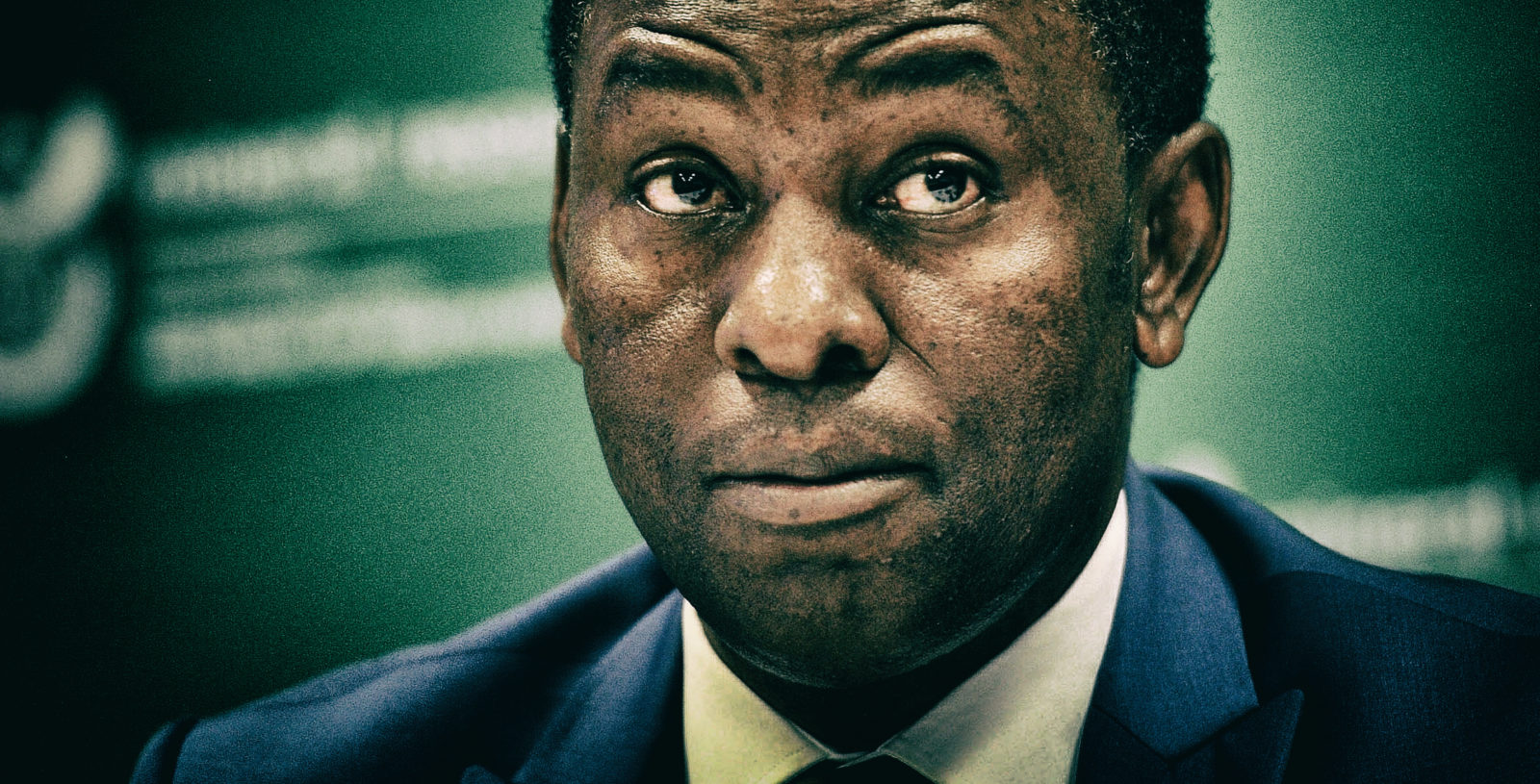 There are no laws or rules that expressly force lawmakers to step aside for corruption charges, or anything else. An elected public representative’s seat cannot just be left unfilled. This past weekend’s ANC National Executive Committee decision creates an unprecedented pickle for Parliament and provincial legislatures.

If a legislator is absent from the House for more than 15 days – new parents, including adoptive parents are exempted – Rule 36 requires a motion in the National Assembly to authorise that legislator’s continued non-attendance.

As the motion must name the MP and also the reasons for the absence, it’s almost a given that barbed commentary and party political politicking will follow – a potential political double embarrassment.

Appendix A of the National Assembly rules set out 11 reasons for leave, from family responsibility, compassionate leave, to study leave, cultural and religious leave and political party business leave.

Whichever way the stipulations are read, the maximum possible leave is 15 days, after which the House must approve further leave by a motion.

And it comes with a constitutional bite. Section 47(3)(b) stipulates the loss of a parliamentary seat if a person “is absent from the Assembly without permission in circumstances for which the rules and orders of the Assembly prescribe loss of membership”.

That’s Rule 37(1). It sets out an MP could lose her/his seat for being absent from the House for more than 15 days without authorisation, including a motion in the House.

As struggle icon Winnie Madikizela-Mandela stuck to the rules – she was granted leave due to ill health in motions in the House on 14 March 2017 and on 20 March 2018, according to Hansard – it would be surprising for an ANC MP to now want to do it differently.

Right now, the spotlight falls on ANC MP Bongani Bongo, the home affairs committee chairperson, who on Tuesday formally took leave – no formal reasons beyond going on leave were given, it emerged at the start of the meeting – leading to ANC MP Mosa Chabane being elected as acting chairperson in accordance with Rule 159.

Bongo is charged with corruption, and has appeared in court several times since his arrest in November 2019. After a court appearance earlier in August, the matter is due back in court on 27 November.

The charges date back to October 2017 when Bongo, then state security minister, is said to have attempted to bribe Parliament’s law adviser, Ntuthuzelo Vanara, to scupper the parliamentary Eskom State Capture inquiry.

In terms of Rule 36, a motion in the House to grant Bongo continued leave can be expected in early October – the National Assembly goes into a month’s recess on Friday – as the ANC MP is unlikely to return from his leave of absence before the court case in some 90 days.

If that does not happen, questions may well arise over the ANC parliamentary caucus’s commitment to institutional rules, established praxis and the ANC National Executive Committee (NEC) saying over the weekend it wanted “to draw a clear line in the sand between the organisation and those who steal from the people”, as the official statement put it.

“These are internal matters the organisation is processing. At the right time, caucus will communicate,” said ANC Chief Whip Pemmy Majodina’s spokesperson, Nomfanelo Kota, on Tuesday in response to a request for comment about Bongo and other ANC MPs who may be required to step aside.

The ANC NEC decision on what must happen to its members is carefully scripted – and it is qualified with the need for the top six officials to have to still “develop guidelines and procedures on implementation” without a concrete deadline to finalise that process.

“Cadres of the ANC, who are formally charged for corruption or other serious crimes, must immediately step aside from all leadership positions in the ANC, legislatures or other government structures pending the finalisation of their cases,” decided the ANC NEC, according to its statement on Monday 31 August.

Bongo on Tuesday took “leave”, as the home affairs committee was told. His replacement by an acting committee chairperson underscores that, even if Bongo told Daily Maverick: “I’ve never said I’m stepping aside… I’m not commenting.”

It was not immediately ascertainable if KwaZulu-Natal MPL *Zandile Gumede, who’s charged with corruption over a multimillion-rand solid waste tender while she was eThekwini mayor, had formally stepped aside in line with Friday’s ANC directive. A request for confirmation that Gumede indeed had stepped aside was not answered.

What is not quite so clear-cut is the ANC NEC’s decision on those in its ranks who have been implicated, but not criminally charged. As the ANC NEC statement put it:

“Cadres of the ANC, who are reported to be involved in corrupt and other serious criminal practices, must go to the Integrity Commission to explain themselves. Those, who do not give an acceptable explanation, may be suspended.”

ANC MP and transport committee chairperson Mosebenzi Zwane, the ex-mineral resources minister, was, at the start of August, named in a civil summons by the Special Investigating Unit (SIU) and Eskom to recover R3.8-billion related to what Eskom described as “concerted efforts” to divert its resources to the benefit of the Gupta family in the acquisition of Optimum coal mine, or what’s more commonly known as the Tegeta deal.

But this is a civil count, not criminal, as is the ANC NEC requirement for stepping aside – even though State Capture has extracted a heavy cost on South Africa, as the 2018 parliamentary Eskom State Capture inquiry highlighted and now the Zondo Commission.

“If you read [the court papers], then there’s not demand on my name. Unless it would be a nice thing for some people of the country,” Zwane told Daily Maverick on Tuesday when asked whether he’d be stepping aside, or appearing before the Integrity Commission.

Other MPs may also be affected by this weekend’s ANC NEC decision, even as some may well feel relieved that the criminal charges they faced – and that would have them step aside – had been withdrawn, as in the case of Zukiswa Ncitha, a National Council of Provinces (NCOP) delegate since mid-2015. The former Buffalo City Metro mayor was one of 10 charged in 2014 with fraud, corruption and money laundering over monies for Nelson Mandela’s memorial, but charges were provisionally withdrawn in May 2019.

The internal ANC processes are far from over for communications committee chairperson Boyce Maneli, the former West Rand mayor whom the Gauteng ANC in August had asked to step aside over his role in the council investing in VBS.

“I have appealed the PEC [Provincial Executive Committee] decision and the NOB [national office bearer] is ceased [sic] with the matter in line with organisational processes,” he responded in a text message to a request for comment.

Given this appeal, and as Maneli is not actually charged with anything, means his seat in Parliament remains.

Asked what should happen, Parliament spokesperson Moloto Mothapo said the speaker has not yet received written communication. Only once this happened would Parliament be able to engage in this matter.

If an ANC legislator steps aside, the seat cannot be filled again; that’s only possible on death or resignation. Depending on how many ANC public representatives step aside, it may have an impact on majorities in the House and committees.

One example. The 73-strong Gauteng legislature is effectively hung. The ANC lost its one-seat majority when Health MEC Bandile Masuku stepped aside over the Covid-19 personal protective equipment tender saga.

The statute that enshrines many of the national legislature’s powers and responsibilities – the 2004 Powers, Privileges and Immunities of Parliament and Provincial Legislatures Act – is silent on leave, stepping aside or any such. Clause 24 stipulates a court registrar must inform the National Assembly Speaker or NCOP chairperson if a lawmaker has been jailed for more than a year without the option of a fine – and whether an appeal was lodged.

(Update) Late on Thursday 3 August 2020 KwaZulu-Natal ANC spokesperson Nhlakanipho Ntombela, in a text message, confirmed Gumede had stepped aside from both party and legislature jobs.