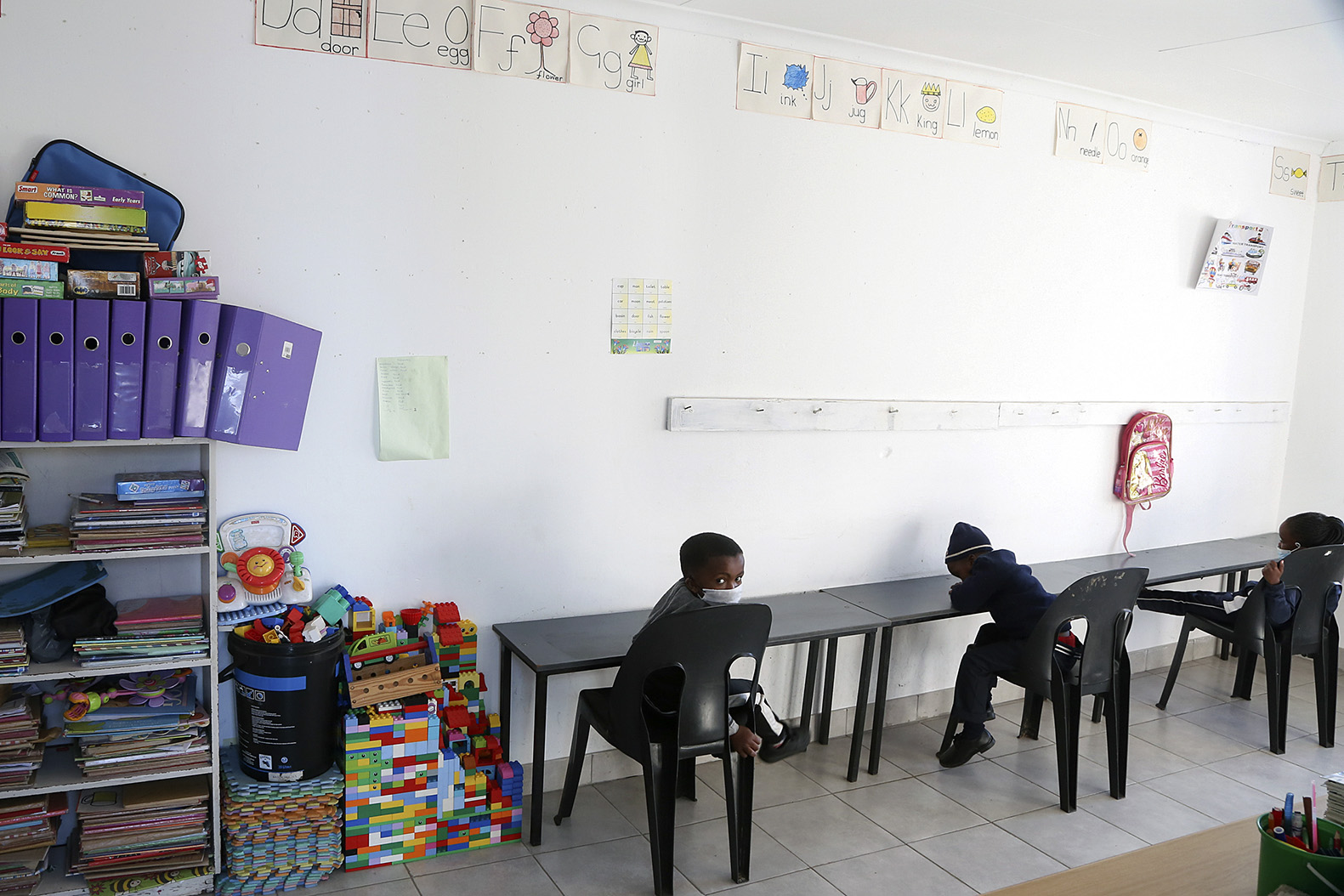 That the courts have had to intervene to provide certainty to the critical Early Childhood Development sector is cause for the deepest concern. The case reveals unclear and overlapping responsibilities of the Department of Social Development and the Department of Basic Education and the extent to which the sector is mired in regulatory confusion. Children are being left behind.

The Gauteng High Court ruled on Monday 6 July 2020 that in terms of the Level 3 regulations, all private pre-school institutions offering Early Childhood Development (ECD) services (Grade R and lower) are entitled to reopen immediately. The court added that ECD programmes can only open subject to “appropriate and/or prescribed safety measures being in place”.

The application was brought by Solidarity and Others, with SA Childcare (Pty) Ltd intervening as amicus curiae (a friend of the court).

The judgment immediately impacts on millions of children, caregivers and ECD workers. That the courts have had to intervene to provide certainty to this critical sector is cause for the deepest concern. The case reveals the extent to which the ECD sector is mired in regulatory confusion, with unclear and overlapping responsibilities of the Department of Social Development (DSD) and the Department of Basic Education (DBE). Tragically, the DSD and the current minister have also demonstrated utter indifference to basic tenets of constitutional transparency, accountability and responsiveness.

An indefensible failure to treat the case seriously

In a news interview after the judgment, Minister Lindiwe Zulu confirmed that the DSD would abide by the decision of the court. In doing so, she strenuously denied that she had ever abdicated her responsibility. According to the minister, the DSD was, in any event, anticipating the return of children to ECD programmes from 20 July and has been planning and engaging stakeholders all along.

Yet, if this was so, then it begs the question as to why the minister did not take the applicants, the court and the public into her confidence despite repeated calls for her to announce a date for reopening. On the contrary, in response to the litigation, the minister was deafeningly silent. Without explanation, she presented no answering affidavit in response to the application. Nothing. No effort at all was made to explain the DSD’s rationale for indefinitely limiting access to care and developmental services for millions of children across the country. Not one iota of evidence was presented to show what steps the DSD was taking or had taken to ensure that young children’s best interests were being considered.

Instead, at the 11th hour and on the eve of the draft judgment having been prepared, the Minister’s legal team presented the court with a last-minute notice triumphantly arguing that since the DBE had made an about-turn on its own directions — removing any mention of ECD — the entire application was rendered moot. Not only did this fail to address the fundamental challenge brought by the applicants, but the about-turn was also seen as a desperate bid by both the DSD and DBE to halt an adverse judgment. As the parties pointed out, the sudden reversal was “curiously accidental” and the unavoidable inference was that the conduct of the DSD and DBE was effectively “a strategically planned ambush”.

That the state has a higher duty to respect the law and rights is hardly novel. As the Constitutional Court has said:

“Government is not an indigent or bewildered litigant, adrift on a sea of litigious uncertainty… It is the Constitution’s primary agent. It must do right, and it must do it properly.”

Section 195 of the Constitution demands transparency, accountability and responsiveness from our public servants.

The minister’s approach demonstrates an indifference to these obligations — not only in the course of litigation, but in the general exercise of the DSD’s responsibilities. As we have previously commented, since the lockdown, the DSD and minister have largely failed to offer meaningful communication or guidance in relation to the ECD sector other than maintaining that there would be continued and indefinite closure. This is simply unacceptable.

The court’s impatience with the conduct of the DSD is explicit.

“[L]itigation is not a game”, Judge Fabricius warned, especially when the rights of children are at stake. To mark his displeasure, the judge ordered the DSD to pay costs to both the applicant and amicus curiae on a punitive scale. While this sends a stern message, the minister arguably got off lightly as a personal costs order against her in such circumstances may well have been warranted.

In the final analysis, Judge Fabricius notes that the “overlap” between the DSD and DBE’s responsibilities in respect of Grade R and pre-Grade R — with two completely different sets of legislation in play — is a fundamental issue in the ECD sector. The court’s assessment on how the departments have managed the ECD sector in this crisis is damning:

“Instead of efficiently navigating the ship through the stormy Covid-19 waters, thereby trying to reduce the impact on especially our children, the [DSD and DBE] are responsible for actively creating additional trauma by their irrational behaviour, turning the ship into unpredictable and unnecessary directions at a whim – often reversing it for no reason.”

Indeed, Minister Zulu seemed to have “abdicated all responsibility” in relation to the reopening of the ECD sector and “given up on her task of separating her area of responsibility” from that of Minister Motshekga. This is despite the eventual submission by Minister Zulu’s legal team that the Minister of Basic Education has no authority to regulate ECD programmes.

The DBE, in turn, caused confusion and uncertainty around the opening of ECD programmes when it first, on 29 May, determined that ECD programmes could re-open to children on 6 July. Then it narrowed this down to only include ECD programmes within a school. Then, in yet another amendment, the DBE renamed ECD to “Pre-Grade R”, and finally, on 29 June in the middle of the litigation, the DBE removed all references to ECD and Pre-Grade R from any plans for reopening. Worse still, the DBE then circulated a letter to school stakeholders indicating that Pre-Grade R programmes that had already been permitted to open by the DBE could remain open, but that any subsequent application would be rejected.

The resultant mixed messaging between the departments created chaos and caused, in Judge Fabricius’ words, “untold trauma and distress” to children, caregivers and ECD workers. This highlights the need for urgent and wholesale reform in the ECD sector.

In a 2019 State of the Nation Address, the president announced that key responsibilities relating to ECD would shift or migrate from the DSD to the DBE. To date, this migration has not been properly effected. The inconsistent and irrational treatment of ECD programmes over the past few months by the DSD and DBE illustrates the detrimental effects of such migration remaining in “limbo”.

Earlier in 2020, the DSD and DBE briefed Parliament on migration plans. These included, among others, the DBE first obtaining a legal mandate to take on the critical responsibilities relating to ECD through proclamations, finalising a National ECD Framework and developing a detailed, costed implementation plan, clearly setting out roles and responsibilities, timeframes within which to meet various objectives, and the budgets allocated to achieve these objectives.

At the briefing, it was envisaged that such costed plans would be developed imminently, within a few months of the briefing. We are informed that timelines for the development of this plan and other migration milestones are being revised in light of the pandemic. However, no revisions have yet been publicised.

The sooner that clear migration plans are finalised and implemented, the better. That said, a migration will not in and of itself mitigate the existing confusion and chaos. The holistic nature of ECD makes it one of the most effective poverty redress interventions and includes services in support of primary caregivers, nutrition provision, maternal and child health, early learning and protection.

It, therefore, requires many departments, the DSD, DBE, Department of Health and Department of Home Affairs to name a few, and levels of government working in a coordinated and integrated way.

Effective communication and coordination between DBE, DSD and other roleplayers in the ECD sector will remain critical to the holistic development and protection of children, regardless of the migration. This is especially needed now as the ECD sector requires ongoing guidance and clarity on appropriate safety measures for ECD programmes and the implications of potentially changing lockdown levels on ECD programmes. DM/MC