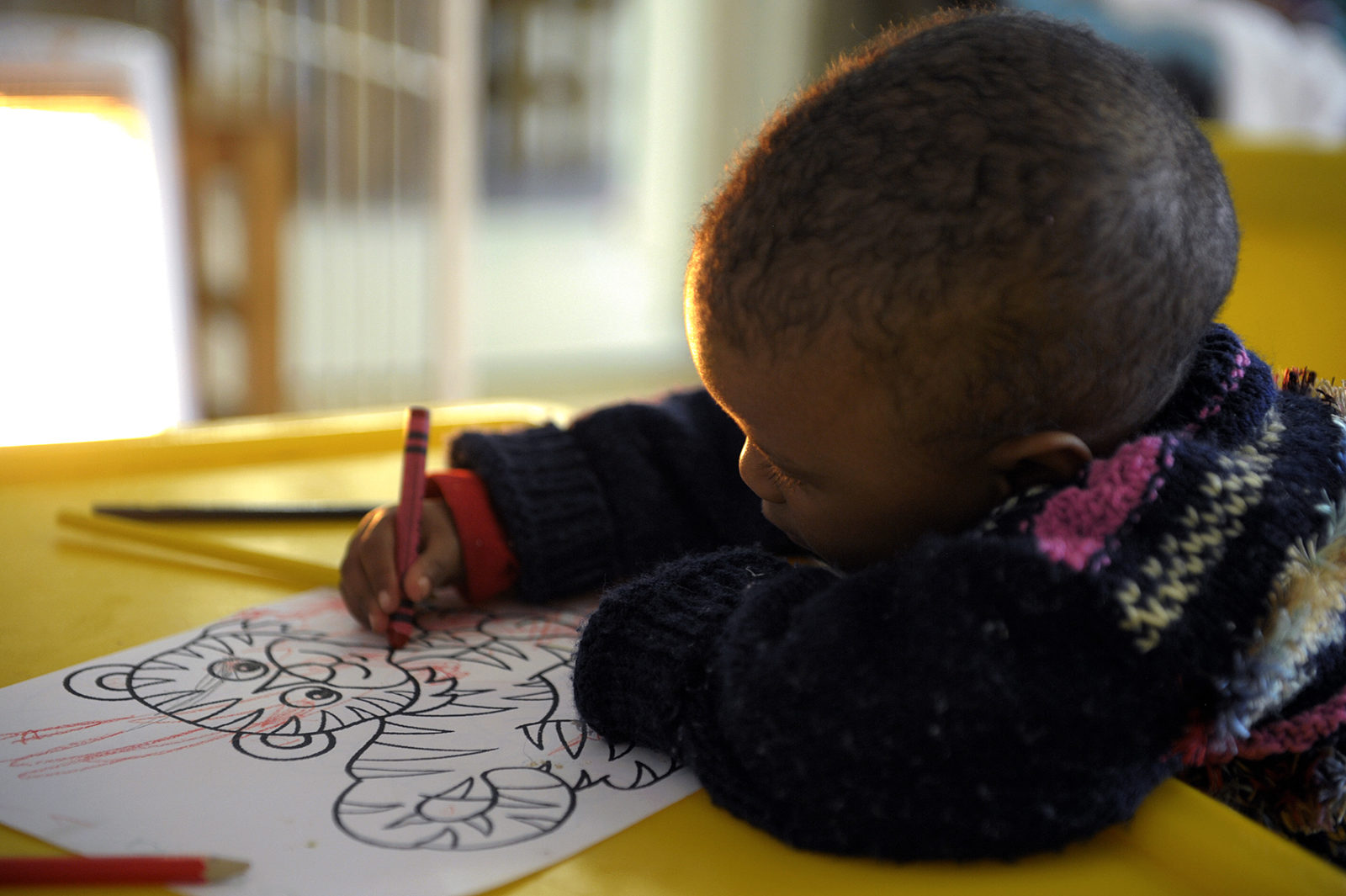 Since the announcement to close ECD programmes from 18 March 2020, there has been little public communication or guidance offered by the Department of Social Development, say the writers. (Photo: Joyrene Kramer)

Over two million children ordinarily receive some form of ECD services in South Africa. Yet, a government plan for this important cohort of children is barely out of the starting blocks.

This week Grade 12 and Grade 7 learners prepared to start school again across the country. On Sunday, the Department of Basic Education (DBE) announced that most schools were finally ready to open, with unions and governing bodies releasing a statement saying they “cautiously welcomed” the DBE’s progress and supported the opening of schools.

Getting to this point was not easy. For weeks, the public received inconsistent and incomplete information from the DBE. Frustration reached a peak when the anticipated opening of schools on 1 June 2020 was halted at the last minute amid concerns over their readiness. However, while there certainly have been missteps and faltering in this period of unprecedented crisis, it is evident that the DBE has been grappling with complex issues facing the sector. Gaps remain, and the next few months will be challenging, particularly as many learners remain at home without concrete teaching and learning plans. However, signs of progress offer a glimmer of hope for school-going children.

However, the same cannot be said for Early Childhood Development. Despite this sector servicing an important cohort of children, a government plan is barely out of the starting blocks. There are six million children in South Africa under six years of age, the majority of whom live in poverty. Over two million children ordinarily receive some form of ECD services. Access to holistic, quality ECD programmes is an essential anti-poverty measure, since programmes typically support the health, nutrition and early learning needs of young children – all of which are vital for their development.

Equally critical is their health and safety at a time when much of the country returns to work under lockdown Level 3. There is also the issue of the livelihoods of the (mostly) women ECD practitioners who run ECD programmes as small enterprises.

Since the announcement to close ECD programmes from 18 March 2020, there has been little public communication or guidance offered by the Department of Social Development (DSD), other than indicating that ECD centres should remain closed for now.

Responding to questions during a meeting of the parliamentary portfolio committee on social development on 21 May 2020, the DSD noted that Early Childhood Development centres may only open at Level 1 of the lockdown. On 29 May, the DSD released a circular stating that it had its first engagements with stakeholders on 26 May, when eight workstreams were put together which “will provide important information regarding the measures and timing for the reopening of Early Childhood Development programmes”.

It is positive that the DSD is engaging on the issues, but the acknowledgement that the first engagements on how to open ECD programmes happened more than two months after the announcement of the lockdown is jarring. As it stands, no publicly available plan exists – no time frames have been committed to – and DSD appears to have only recently begun grappling with complex issues surrounding the reopening of ECD programmes. If our experience of the DBE is anything to go by, this will require time and urgent sector input.

There has also been mixed messaging, with the DBE issuing directions on 29 May seemingly providing for ECD programmes to open from 6 July, but later clarifying that this only applies to ECD programmes that are provided by schools. This immediately raises questions around consistency in the cutting back of ECD programmes generally, with the DSD still regulating the vast majority of these programmes (as the migration of ECD-related functions and responsibilities to the DBE announced by the president last year has not yet taken effect).

It is laudable that DSD has continued to provide government subsidies to ECD programmes, although it is unclear whether children, particularly with regard to their nutrition needs, continue to benefit from these subsidies while programmes remain closed.

The coronavirus pandemic imposes enormous challenges for the government. A proactive plan with necessary standards and measures in place to mitigate against risk and harm to children, and to ECD practitioners, is required.

The delay on this shows a worrying lack of capability in meeting the new challenges of the times, and suggests government is failing to be led by the constitutional imperative that the best interests of the child are paramount.

If we are serious about ECD and the critical development and safety of our children, we urgently need the department of social development to put a well-considered and time-bound plan in place as soon as possible. Without this, it is inevitable that some children will be left behind. DM/MC