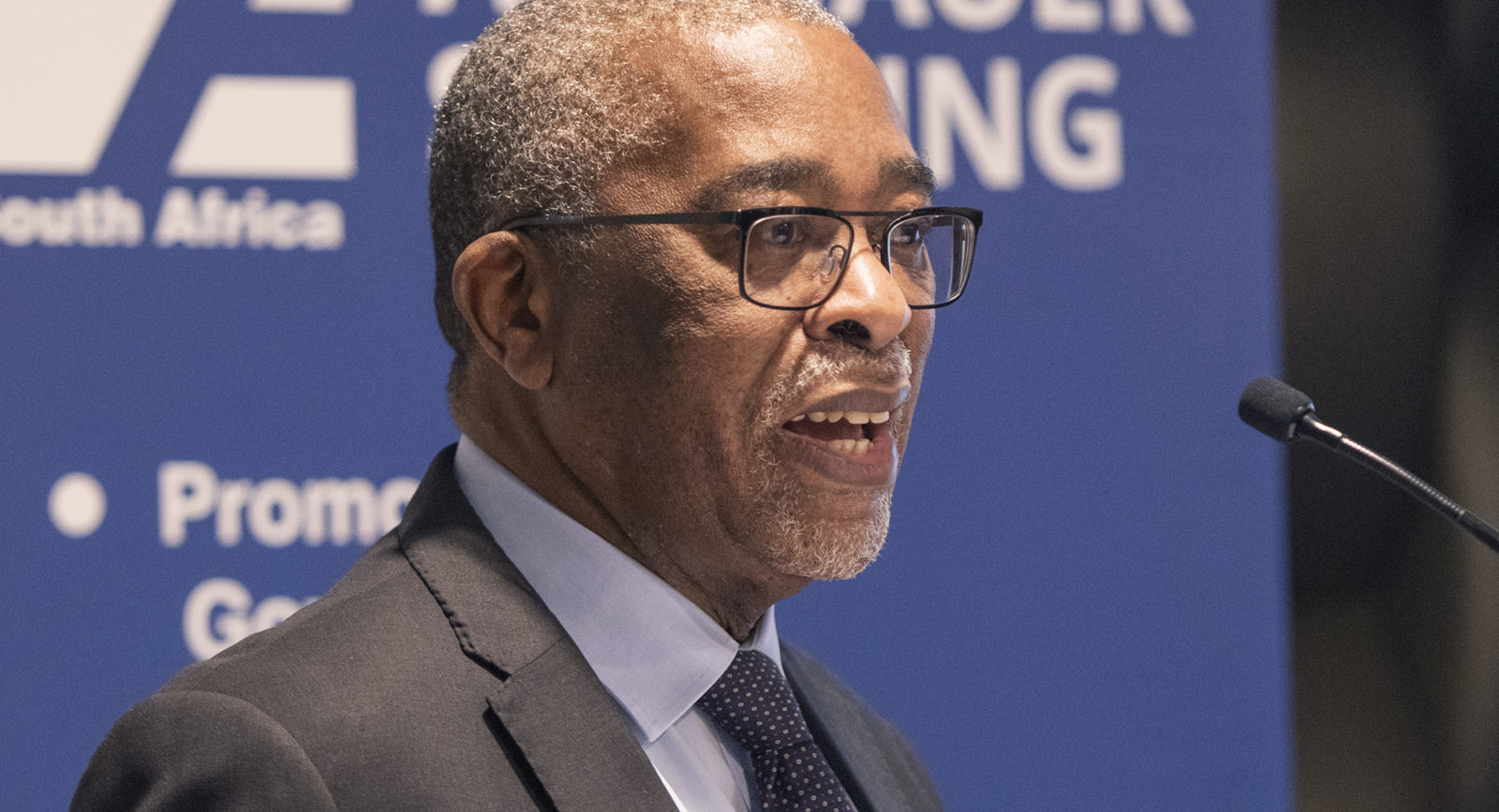 What is the lesson that the African elite should learn from the Afrikaner elite that Zwelinizima Vavi suggests? The answer: Nothing.

In recent months I have come across heightened interest in what black South Africans can learn from the Afrikaners about economic empowerment. Zwelinzima Vavi’s critique of Minister of Finance Tito Mboweni’s supplementary budget in a recent Daily Maverick opinion piece goes back to the 1930s and asks what the ANC government can learn about management of public finances from General Barry Hertzog’s National Party government of the time.

“Mboweni dares not look back to history, but the answers are obvious. The South African government dug out of the 1932 debt crisis with several techniques that even if we consider that regime as racist as that of the formal apartheid era, we must learn from.”

Vavi praises the Afrikaner government of the day for growing the country’s Gross Domestic Product by an average rate of 8% a year between 1932 and 1946, “the fastest recorded in modern South African history”, he notes. He says the results of this economic growth were positive even for Africans whose wages also grew.

Clearly there must be a lot to learn for the ANC government of today, which says its mission is to improve the well-being of all, especially of Africans. So what was the secret to this success? Vavi points out that the Afrikaner government of the day heeded the needs of their voters who were especially white workers and farmers as well as focusing on raising the living standards of “poor whites”, who lived in dire straits in those days.

The secret to the success of the Afrikaner government, Vavi argues, is that they used the state to drive economic development. The government of the day promoted import substitution whereby it encouraged foreign companies to invest in developing SA manufacturing industries. It also established myriad State-Owned Enterprises (SOEs) – Eskom, IDC, Iscor, Transnet, Post Office, SAA, Telkom and so on – that remain so visible in South Africa’s economic landscape till today.

So why were SOEs drivers of economic development and Afrikaner economic empowerment in the hands of Afrikaner governments when the same SOEs have become swear words and more, bloodsuckers who depend on the taxpayer in the hands of the African government? This is where Vavi comes unstuck.

The Afrikaner political elite were property owners – above all, they owned land. The African political elite were non-property owners – their only asset was their ability to mobilise the masses and so undermine the political power of the Afrikaner elite. It is critical to understand the difference between these two elites because, between them, they have dominated South Africa since 1910 and controlled the state, which incidentally was created for them by the British colonialist.

The Afrikaner elite were landowners who had conquered land from indigenous peoples, who they transformed into their workers. Strictly speaking, the Afrikaner landowners in the summer rainfall regions were not farmers, they were pastoralists or cattlemen whose land was cultivated by Africans on a sharecropping basis. Real Afrikaner farmers were those in the former slave-owning parts of the Western Cape, which grew winter rainfall crops such as wheat, deciduous fruit, vines and they farmed livestock.

Why it is important to understand this aspect of South Africa’s story is because it helps us to understand what the Afrikaner elite used the state for when the British gave them control in 1910. The Afrikaner elite used control of the state to transform themselves from mere cattle herders into real farmers and above all, into profitable farmers. This required that they used the state to train themselves, their children and farm managers into agriculturists. One of the first departments set up after the founding of Pretoria University in 1910 was the department of agriculture and later, the veterinary science department, which remains the largest in Africa today.

To make their farms profitable, the Afrikaner elite used the state to build the infrastructure required to store and transport grain, livestock, farming inputs and implements as cheaply as possible to and from South Africa’s vast platteland to the cities that mushroomed after World War I and during and after World War II.

This required the setting up and efficient management of SOEs to build railways, power and telephone networks, and so on. It was critical that these SOEs were efficiently managed otherwise they would eat into the profits of farmers, if they had to be subsidised. So managers, technicians and artisans who ran these organisations had to be well trained and committed to their tasks.

Over the course of the 20th century, the Afrikaner population diversified into other sectors of the economy, which we do not need to go into here. The farming population remained, however, the backbone of the political power of the Afrikaner political elite through gerrymandering of voting constituencies among other things.

The circumstances of the African political elite, which took control of the South African state in 1994 were, of course, very different from that of the Afrikaner elite in that they were not property owners. The African elite was made up of a coalition of intelligentsia, small shopkeepers and traders, leaders of civil society and faith-based organisations and some traditional leaders. To this, one should add Indian and coloured middle class, some of whom owned some property, but not to a significant extent in comparison to whites.

A class of property owners had started to emerge in the 19th century after the abolition of slavery among the African and coloured elite, especially at the Cape and Natal, but this was soon extinguished in the process of the establishment of South Africa’s mining industry and of the consolidation of Afrikaner political power during the 20th century.

When the African political elite took control of the now sprawling South African state, they had to decide what to do with the state. Their hands were, however, tied by the manner in which they came to power. Unable to defeat the Afrikaner elite militarily, they had to strike a deal with the Afrikaner elite. This deal is encapsulated in the Constitution of South Africa. The challenge to the African political elite was, therefore, what to do with the state to benefit themselves within the confines laid out by the Constitution.

As a consumption-driven elite, it was more important to the African elite to diversify consumption goods and to lower their prices. So the floodgates were opened up to imports of manufactured goods, which undermined employment in established companies.

This entailed, in the first instance, in transforming government and quasi-government institutions into the employer of choice for the African elite. To be the employer of choice, the government had to pay salaries that gave a standard of living for the African elite similar to that enjoyed by the Afrikaner elite. To achieve this, public sector salaries were ratcheted up to 14% of GDP, among the highest in the world, double those of similar middle-income countries.

As a consumption-driven elite, it was more important to the African elite to diversify consumption goods and to lower their prices. So the floodgates were opened up to imports of manufactured goods, which undermined employment in established companies.

Quasi-governmental organisations, including SOEs, also became employers of choice, but efficiency was no longer a priority as they could always be spoon-fed by taxpayers, many of whom in any case were white so no skin off the nose of the African elite.

Since many of these measures undermined job creation, the state was also roped in to fund the huge number of the unemployed, and their dependents in rural and urban areas.

The outcome of these policies was predictable long before Covid-19 visited our shores. Public sector salaries, welfare expenditure and debt service combined would soon choke off public sector investment in, for example, public housing, education and health infrastructure as well as other state-owned infrastructure. Hence the need for borrowing.

The ANC has weathered many storms in its 108 years since it was founded. It tamed the communists in the 1950s and survived the breakaway of the Africanists who formed the Pan Africanist Congress in 1959. It survived the body blows delivered by the apartheid regime in the 1960s and emerged victorious in the first national democratic election in 1994. Since coming to power, the ANC split twice, which led to the formation of the Congress of the People (Cope) and the Economic Freedom Fighters (EFF). None of these pressures has made the ANC deviate from the core agenda of the African elite.

A possible interesting threat to the ANC was a finding of a survey of Cosatu shop stewards in 2011. The survey found that though the great majority of Cosatu members were ANC voters, they wanted their trade union federation to establish a Labour Party. The trade union leadership at the time could not agree among themselves which way to go. This contributed to the split of Cosatu and therefore the weakening of the black working class. This is important because it deprived SA of the possibility of a social-democratic economic option.

Moeletsi Mbeki is an entrepreneur and Deputy Chairman of the South African Institute of International Affairs – an independent think tank based at Wits University.

JSE Investment Challenge 2021: Students up their risk game and tap into derivatives

Book Review: Do not disturb the narrative that is the Rwandan economic lion