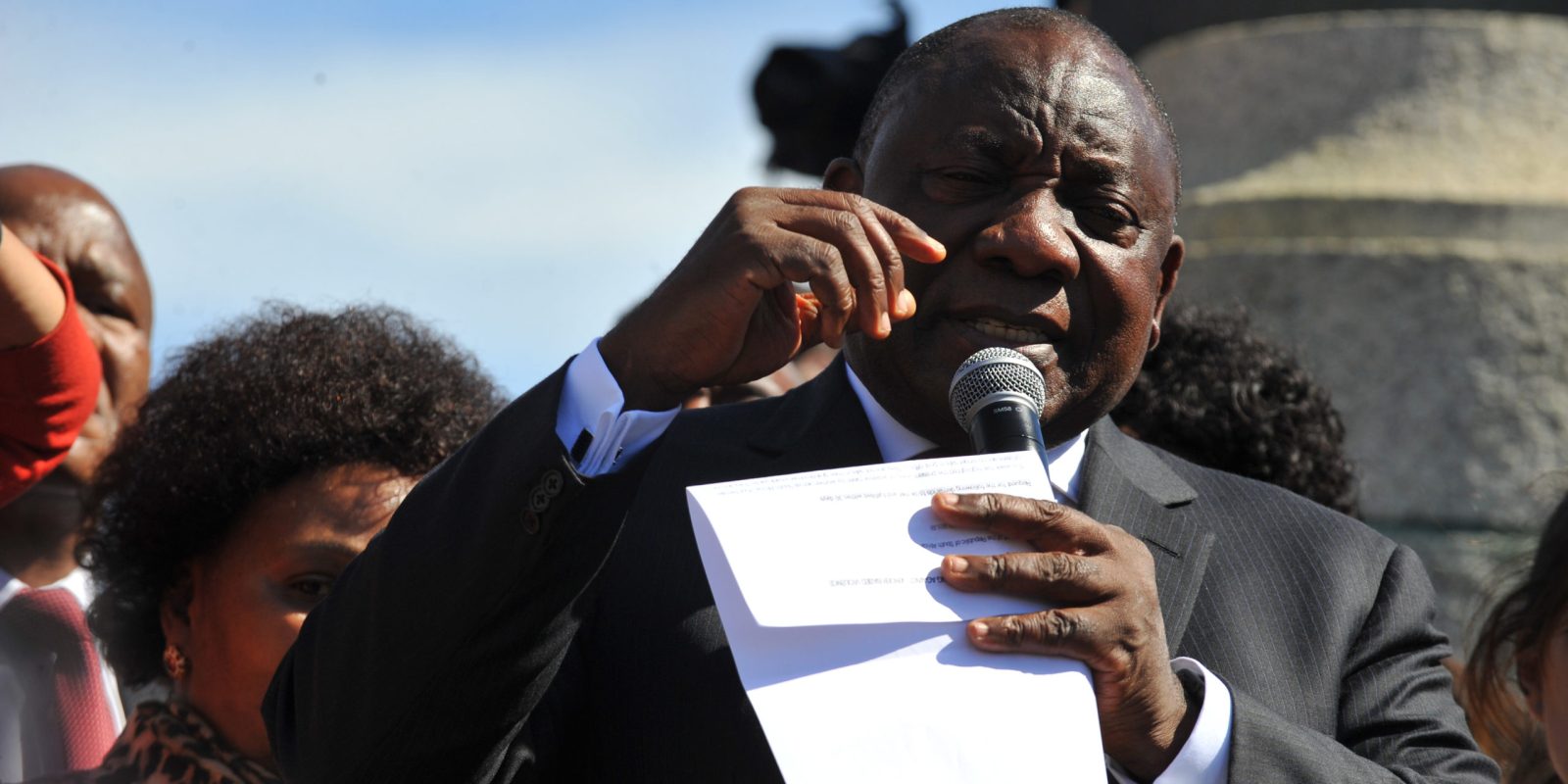 As brutal cases of gender-based violence continue across South Africa, President Cyril Ramaphosa has urged men to join the fight against patriarchy and for the ANC, SACP and Cosatu to lead a campaign across the country to combat the pandemic.

President Cyril Ramaphosa rallied against the scourge of gender-based violence (GBV) on Monday evening, almost a week after he labelled it the country’s second pandemic during the Covid-19 crisis, calling on men to join the struggle against patriarchy.

“The men of South Africa, we must be in the forefront. We must take up the charge. We must be the ones who take up the struggle. We cannot let the women of our country take up this struggle on their own,” said the president during a virtual Tripartite Alliance dialogue on GBV.

Ramaphosa has spoken out against GBV multiple times during the pandemic as violence against women was predicted to have increased during the lockdown and cases of murder and abuse have continued to dominate headlines after the murder of 28-year-old Tshegofatso Pule earlier in June.

“Patriarchy is practised and exercised by men, and men think that they’re more superior to women and some men believe that they own the women and therefore they can order them around, beat them up, rape them and kill them,” said the president.

“And it is this patriarchy that prevails in men that we need to break down.”

Civil society organisations have called on men to confront GBV in their own communities and Ramaphosa said the Tripartite Alliance, including the ANC, Cosatu and SACP, must challenge patriarchy across the country.

Non-profit organisation Sonke Gender Justice and the SA Council of Churches marked Father’s Day on Sunday by launching a campaign to get men of faith to commit to ending GBV.

“Today, we are meant to celebrate fathers; sadly this will be done with a lot of mixed emotions due to the war that men waged on women’s bodies,” said Sonke’s Reverend Bafana Khumalo in a press statement.

During the virtual meeting on Monday evening, Khumalo said the alliance’s role in combating violence could be diminished as some political leaders had made disparaging remarks towards women and others faced allegations of abuse.

“You as leaders of society must lead from the front. When society observes you behaving in particular ways many take it as a norm to be followed,” said Khumalo.

Critics say the drafting of policy interventions to combat GBV has been slow since Ramaphosa attended the National Gender-Based Violence and Femicide Summit in November 2018.

In November 2019, the government allocated R1.6-billion to emergency interventions to combat GBV and over the weekend Justice Minister Ronald Lamola said an initiative would be established to monitor and study femicide. He also committed to further supporting Thuthuzela Care Centres, which provide crucial support to survivors across the country.

Commenting on the National Strategic Plan and other initiatives, Khumalo said the country has “embarked on a positive trajectory”.

“But like all good policies, the devil is in the implementation. We need to act and act urgently. Women cannot afford any delays as their lives are exposed to danger every minute of the day,” he said.

The ANC Women’s League president, Bathabile Dlamini, told Monday’s meeting, “There is a lot that we’ve been saying as women and the time has come for men to start taking issues of gender-based violence seriously.”

The SACP’s Solly Mapaila called on the alliance to develop a system to fight patriarchy and capitalism in communities to defeat GBV.