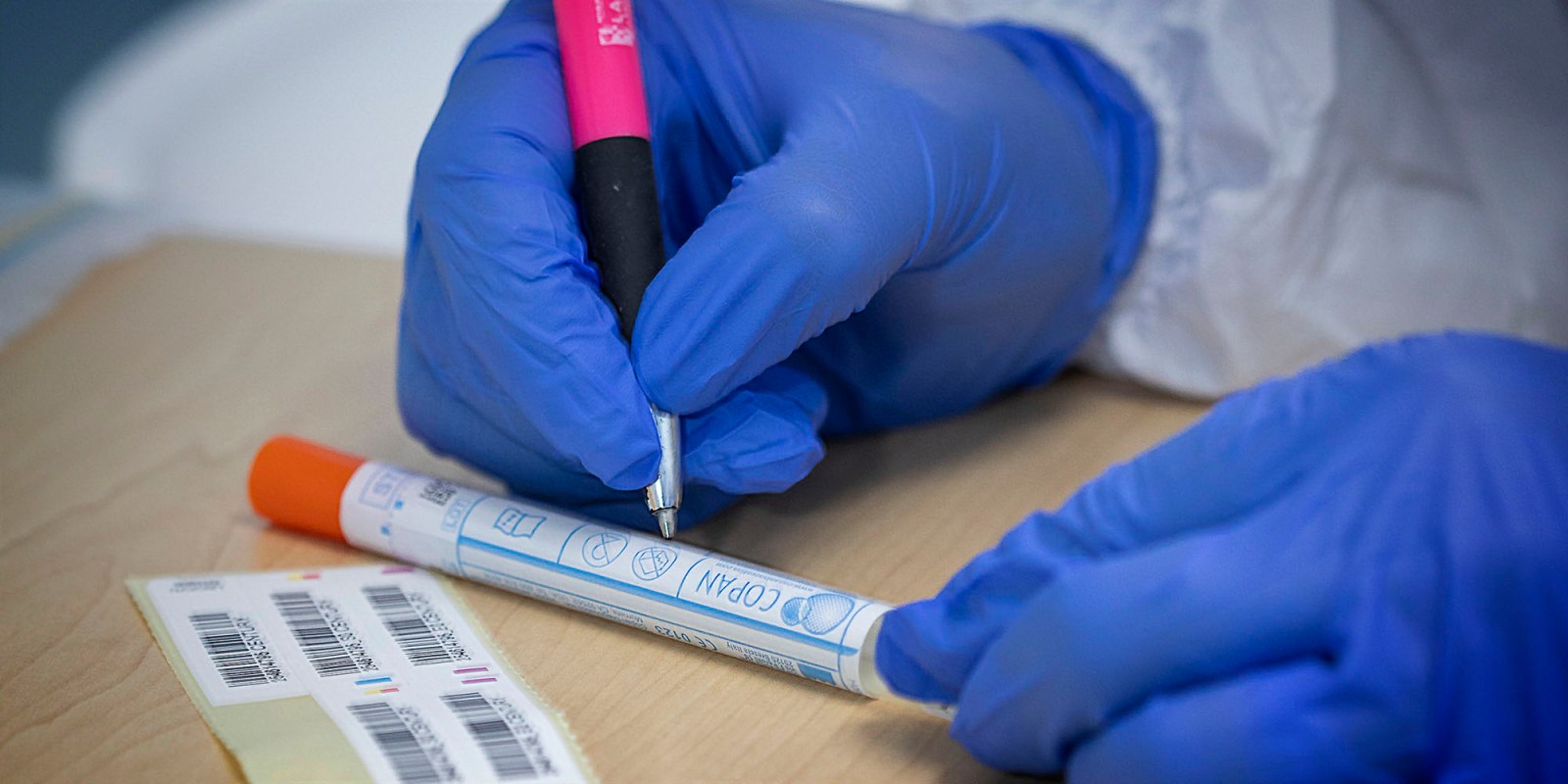 A general view of Lancet Laboratories in Century City on day 13 of National Lockdown on April 08, 2020 in Cape Town, South Africa. Lancet Laboratories has seen an increase in COVID-19 test requests and is working hard to keep up with the demand. (Photo: Gallo Images/ Jacques Stander)

Testing capacity is one of the biggest issues in the province with the highest number of Covid-19 cases in South Africa. As the Western Cape is expected to reach its peak of confirmed Covid-19 cases at the end of June 2020, there are concerns that a limit on testing would not reflect the province’s true number of cases.

Changes to the new testing criteria for suspected Western Cape Covid-19 cases was a key theme during an update by the provincial health department on Wednesday, 10 June in the legislature.

Dr Keith Cloete, the Head of Department for the provincial health department appeared before the legislature’s ad hoc Covid-19 oversight committee to update members on the status of the department’s progress in the fight against Covid-19.

This is the second time the provincial health department has addressed this specific committee. The first time was on 22 April 2020 when the province had recorded just 1,068 confirmed cases with 22 Covid-19-related deaths.

Read in Daily Maverick: Western Cape infections rise to over 1,000.

But it was issues over the new testing limit for suspected Covid-19 cases that cropped up during the briefing. Last week, the province announced that in the Cape Town metro, only those who were over 55 and present Covid-19 symptoms, those who are admitted to hospital with symptoms,  those who are healthcare workers or live in old age homes and those who have comorbidities will be tested.

These comorbidities included diabetes, hypertension, HIV and other chronic diseases (lung and heart). People who do not fall into these categories will be encouraged to self-isolate for a period of 14 days. Rachel Windvoegel, the ANC’s spokesperson on health in the province, questioned if this “will mean a misrepresentation of cases in the province” and could this lead to a “false sense of security for the province” if less people are tested as the amount of confirmed cases would be dropping. The DA’s Mireille Wenger, the committee chairperson, questioned whether with the reduced testing, “will we know we’re in the peak when it arrives?”

Cloete said the remodelled projected peak would now be the end of June, going into July 2020. Previously, projections for the province revealed the potential peak of confirmed Covid-19 cases would be during August 2020. Responding to questions, Cloete said the health department shared the same concerns that testing capacity “is severely constrained”.

Cloete said plans to assist with resources to increase testing and provide additional health resources were seen and approved by President Cyril Ramaphosa. These plans included getting assistance with healthcare professionals from other provinces as well as South African National Defence Force health personnel.

But it was not all doom and gloom during the briefing: Cloete said where there was originally a backlog of 27,000 test results, that backlog had now decreased to only 2,300 by Wednesday morning. He did, however, warn, with the “very steep slope of the curve… the next few months are going to be tough on us”. DM