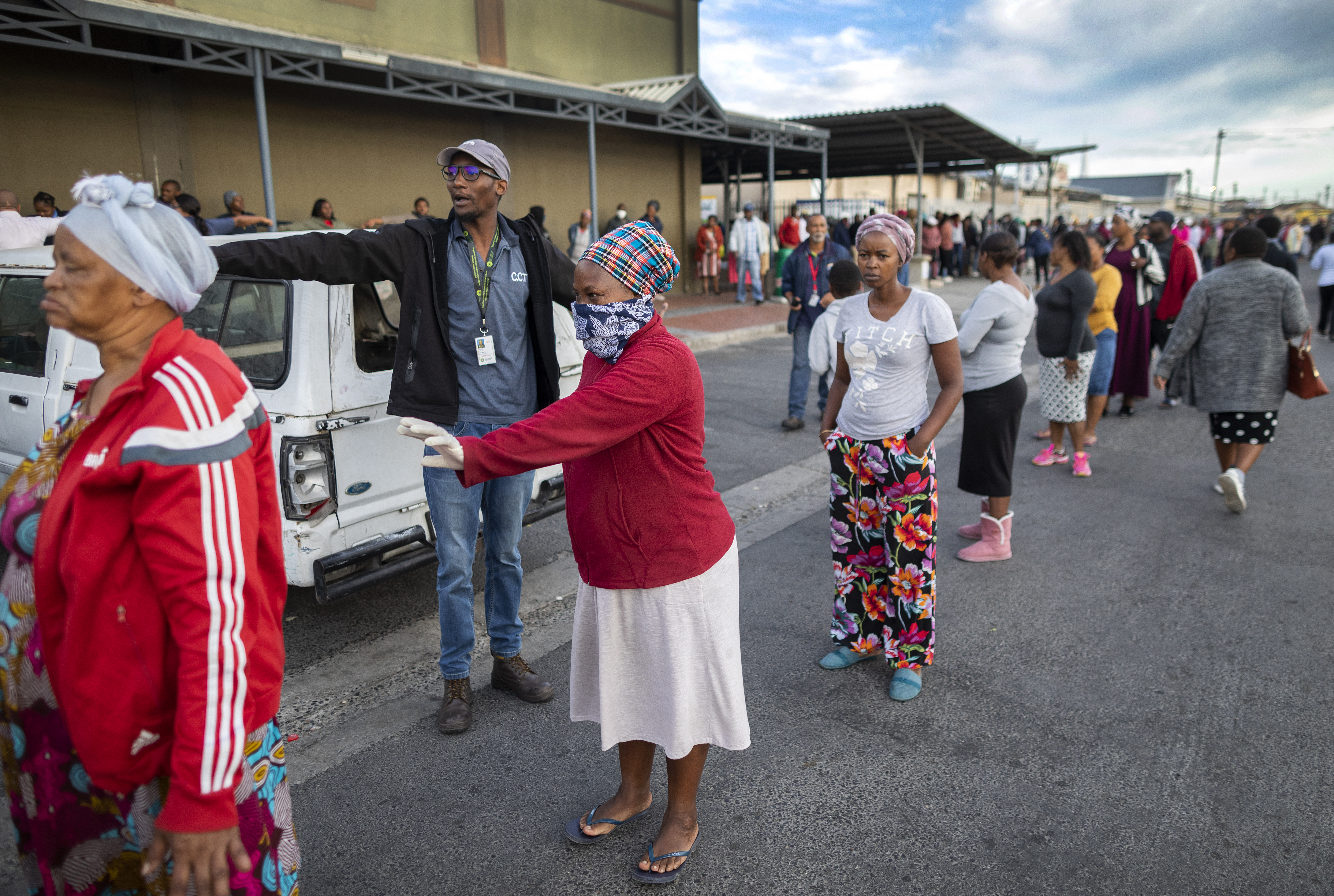 Things changed overnight in South Africa on 15 March when the national state of disaster was declared — and it won’t be the last time it does. Daily Maverick’s Daily Digest will provide the essential snippets of information about Covid-19 in South Africa each day. Read on to get the full picture.

The residents of the Strandfontein temporary camp have formed the Strandfontein Homeless Committee to interject their unified voice into the government conversation raging on about them, but without them. The committee formed three weeks ago, but has been excluded from official plans to manage the site. Vincent Cruywagen spoke to the committee members about their proposed way forward.

Meanwhile, the elderly and the disabled were allowed to collect their grants on Monday, a day set aside for them to collect grants and avoid crowds. However, the day was not without major glitches.

Sassa’s payment system paid some grant beneficiaries double and others nothing in the Western Cape. Recipients had to go to the Post Office on Monday afternoon or try their luck again on Tuesday. In Soweto, beneficiaries stood in line for hours.

There are groups of people around the country coming together to organise aid, information and advice for others during and after the lockdown. Maverick Citizen has put together a “guide to helping those protecting others during the pandemic”. It will be constantly updated, so check back regularly.

Daily Maverick spoke to three high school pupils about their experiences and thoughts on the lockdown and the Covid-19 pandemic. Read the reflections penned by Khadijah Ras, Oren-Andrew Wentzel and Avene Makana.

Meanwhile, yet another school has been burgled. A school in Tshilwavhusiku in Limpopo was broken into sometime over the weekend and 24 laptops were stolen, worth R120,000. At least 962 schools have been vandalised and robbed since the start of the lockdown, according to the Department of Basic Education.

A handful of private hospitals have been closing temporarily after staff tested positive for Covid-19. From Ceres to Johannesburg, the hospitals have closed to allow for cleaning and permission from the Department of Health to reopen. As Elna Schütz reports, this drastic measure is likely to continue.

On Monday, President Cyril Ramaphosa said the backtrack on the sale of cigarettes under level 4 was the “collective decision” of the National Command Council. Co-operative Governance and Traditional Affairs Minister Nkosazana Dlamini Zuma has been widely criticised since the announcement, with some saying she made the decision herself and undermined Ramaphosa. Ramaphosa considers the attacks on Dlamini Zuma “as baseless, unfounded and frankly malicious”, according to his spokesperson Khusela Diko. DM