Drought: Water tanks are not a long-term solution, committee hears 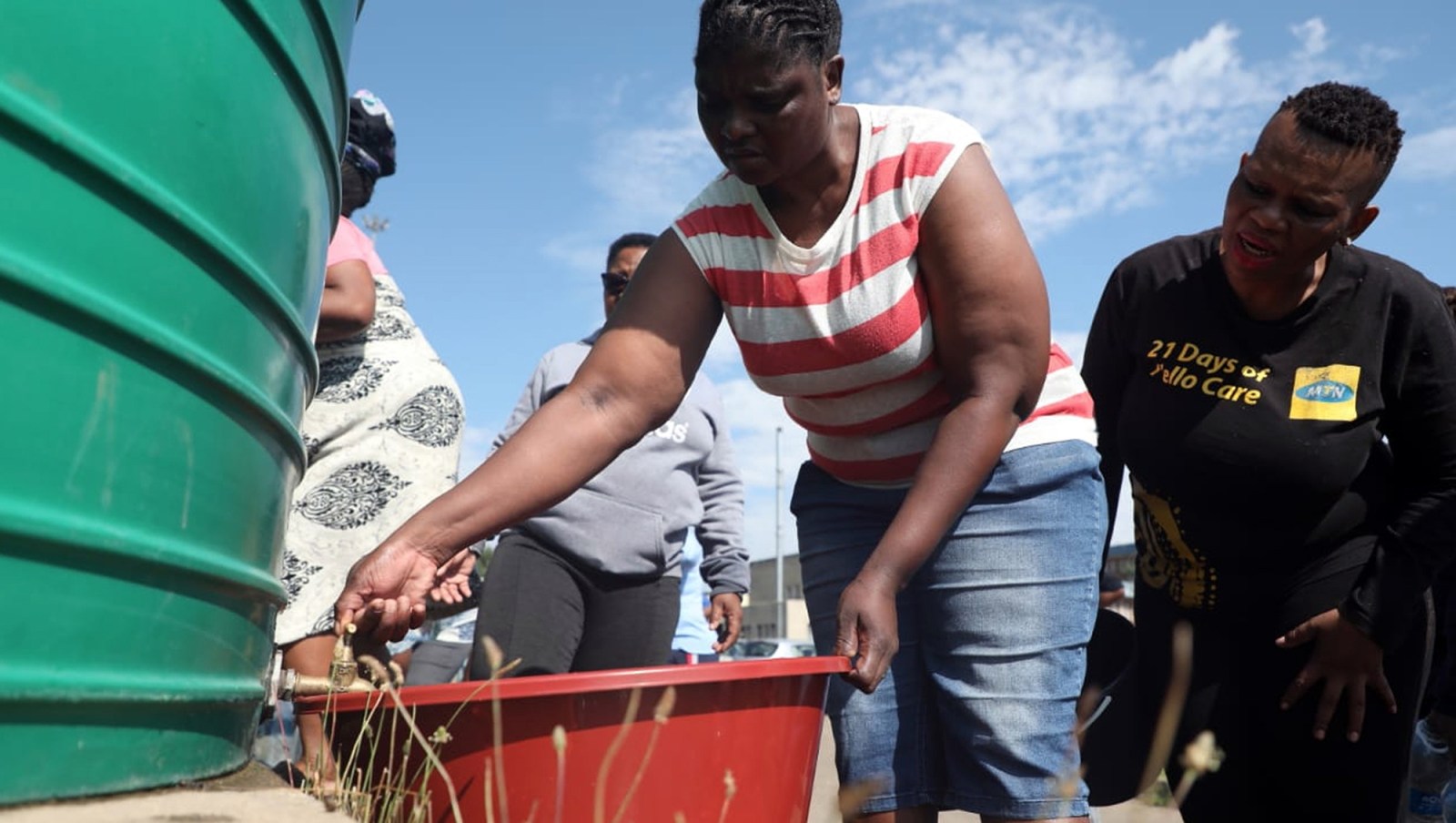 On Tuesday evening, the traditional affairs committee heard that water tanks were not a long-term solution to the drought because municipalities couldn’t afford to maintain them. The committee also heard that Eskom was not willing to stop disconnecting electricity during the lockdown.

A total of 19,011 water tanks have been delivered to communities across the country; however, municipalities don’t have the financial means to maintain the tanks, said the South African Local Government Association (Salga) chief of operations, Lance Joel.

“The use of [water] tanks is the correct intervention, but it has its challenges. Covid-19 shows us that there are serious challenges to supplying water,” Joel told the Co-operative Governance and Traditional Affairs (Cogta) committee.

According to Salga’s presentation, 2,876 water tanks still need to be delivered across the country, and of these, 1,148 have been allocated to the Free State.

Members of the committee were concerned that the figures that Salga presented were outdated.

Gizella Opperman, a DA MP, questioned the reliability of water tanks that Salga said had been delivered in the Northern Cape.

In January, the Northern Cape was declared a disaster area because of the drought. R300-million was set aside by the government to assist the province.

Opperman said that “887 water tanks have been delivered [in the Northern Cape], 668 have been received, 379 were installed. Where are the [other] 289 water tanks?”

Opperman told the committee that only four water tanks had been delivered to an informal settlement in the Northern Cape which has 1,000 residents.

The 2018 General Household Survey found that only 46% of the people that participated in the survey had access to water inside of their homes.

Joel said that the provision of water tanks is “an interim solution and not necessarily a long-term one”.

Municipalities were already financially constrained, and “continuing this programme over many months will divert limited funding available from the provision of reliable and sustainable solutions,” reads Salga’s presentation.

In 2018, the then-minister of corporate governance and traditional affairs, Zweli Mkize, said that 87 of the 257 municipalities in SA were dysfunctional.

Joel also said that Salga’s national executive committee had called on all municipalities to suspend the disconnection of water and electricity throughout the lockdown.

But Eskom was disconnecting electricity of those who were in arrears.

“For example, a municipality requested a payment holiday, Eskom refused to come on board – they’re not willing to. Another municipality in the North West said that Eskom was threatening to disconnect the electricity,” said Joel.

He suggested that Eskom should still be engaged to suspend the disconnection of electricity and to review the interest payable on arrears caused by and linked to the lockdown.

In December 2019 Eskom told the Standing Committee on Public Accounts (Scopa) that it was owed R26-billion. Government departments owed a total of R10.2-billion.

The Socio-Economic Rights Institute of South Africa (Seri), a human rights non-profit organisation, published a statement urging the National Command Centre (NCC) and the relevant municipalities to “suspend all water and electricity disconnections (even in instances where accounts are in arrears) until the lockdown is lifted” and “to provide practical steps for recourse for people who have had their electricity and water disconnected”.

Hlengiwe Mkhaliphi, an EFF MP, asked why Salga said nothing about the evictions taking place in the Western Cape and Gauteng.

“The minister [of human settlements, water and sanitation] made it clear that no evictions should be taking place, but we know that they are happening. Why aren’t you talking about that?”

None of the Salga representatives could respond to the questions as the meeting was running into overtime. Salga will provide its written responses on Thursday 30 April. DM