Lessons of Aids for Covid-19: Don’t sacrifice science to expediency 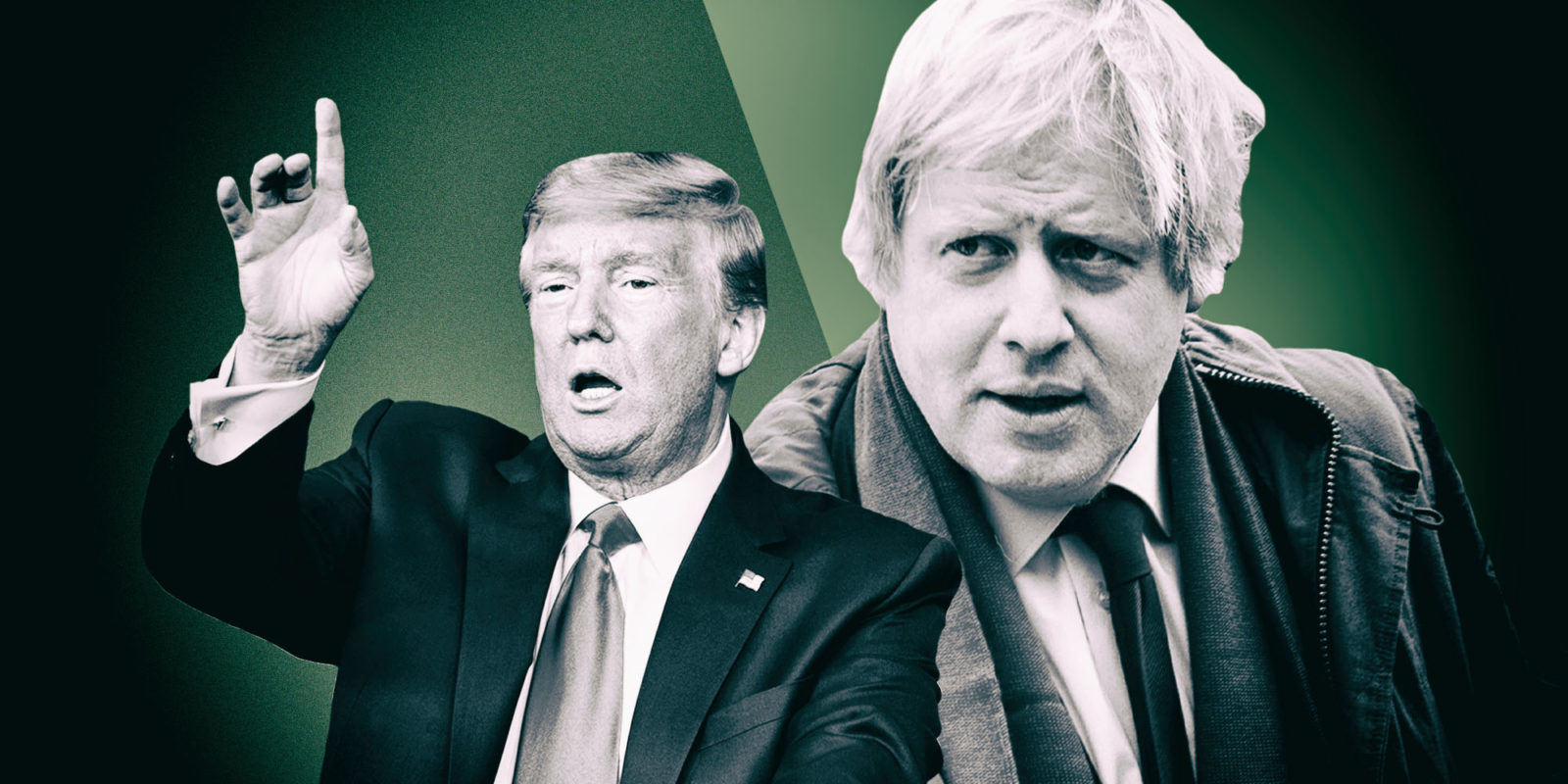 A 55-year-old man is not very well. It’s dominating the British media. We’re being fed a mix of infomercials disguised as stories (trying to enforce poorly presented health promotion messages) and barely disguised panic about what happens if (don’t say it out loud) a serving prime minister dies in the job.

US President Donald Trump’s press conference was among the top news stories on the BBC on Wednesday morning and it took me right back to how we handled the last plague.

Allegedly, Trump told the US media that four American scientists had boarded a plane to London to help our ailing PM, Boris Johnson. He’d sent word ahead to his favourite drug companies to release drugs early. A few hours later, the airwaves were crammed with stories that the American president just might have shares in the drug that he’s been pimping; a drug that has led to the premature deaths of people who have, in panic, chased after it.

The Aids crisis has taught us many things – and continues to do so. One of the key lessons is to trust science, and the robust (often long) scientific processes that deliver reliable results. The story of the rapid development and scale-up of Aids treatment forces us to focus on getting the balance right between urgency and doing the science well – plus getting the financing right.

For old Aids activists, it is strangely ironic to see US newspaper headlines screaming, “The President has blood on its hands”, with images of Dr. Anthony Fauci, head of the US NIAID (National Institute of Allergy and Infectious Diseases) and Trump’s top scientific adviser on this pandemic. In the era of Covid-19 he is the one pulling the president back from moving too fast with a drug that might kill people.

In 1988, Fauci (already Director of NIAID) was on the receiving end of demonstrations raging he was moving too slow. As captured in Avram Finkelstein book, After Silence: A History of Aids through its Images, (University of California Press, 2018) one of ACT-UP’s best campaigns featured vibrant posters of a bloodstained hand screaming: “The Government has blood on its hands: One AIDS Death Every Half Hour”. Within a few months, Fauci agreed to activist demands and put in place a new approach to drug trials – using a “parallel track” approach that got results dramatically faster.

During the early days of Aids, discrimination and hideous government neglect saw research dragging. That switched when smart activists found – at times uneasy – alliances with the smartest researchers, government officials and pharmaceutical companies. They unblocked barriers, and found novel ways to get promising molecules tested and available as soon as they showed genuine promise. Sometimes the balance tipped in the wrong direction.

The story about Trump trying to cure Boris Johnson doesn’t just enrage me because of the rank inequity (what about all the others in intensive care?), or the spectre of messy politics and corporate greed – but also because of the scientific stupidity that underlies his statements. We have ample evidence that if you get overexcited about a drug, and don’t take the time to test it properly, then it can all go badly wrong – at least for those most in need of what it just might offer (though maybe not for greedy shareholders).

In 1992 early trials showed some promise with an Aids drug called ddC.  Several activists, brimming with good intent, were quick to demand that ddC was approved so that – alongside (frontrunner) AZT and ddI (a similar drug) – people with HIV had options to shift between treatments if the first one wasn’t quite right.

The data on ddC was still slim, but the need was great and there was massive suspicion that the government wasn’t doing enough, and people were being abandoned to die. Sound familiar? The trials were stopped early, the drug was rushed to market and then, a few years later – following some really nasty, persistent side effects in hundreds of people – ddC was withdrawn from the market.

I have no idea if it could be the same for the drug that Trump is pushing (let’s not name it and risk pumping the shares with false or – hopefully – premature advertising). I hope it’s good: it does seem to work really well against malaria. But it’s not the first bright hope that failed us.

Back in January, I was sharing papers enthusiastically about ARVs (antiretrovirals) with my friends with HIV. There were interesting anecdotes that some ARVs seemed effective against coronavirus; they were using them in Wuhan. Then last month, sadly, I was busy sharing the results from a swiftly conducted randomised controlled trial (RCT – the most reliable form of evidence about whether medicines work). The papers showed no difference in 199 people with severe Covid-19, half of whom received the ARVs and half of whom received “standard care”.

I really want each brave new hope to work, each possible cure – but I also know that proving that something works or (disappointingly) does not work is the domain of smart scientists. And that is why Fauci is busy dodging questions, creating distance between the premature claims and the compound being discussed, patiently explaining that there is some evidence that it works, and some evidence that it doesn’t, and that anecdotes just are not enough.

On Friday 20 March, responding to Trump’s enthusiastic PR, Tony Fauci explained, “My job, as a scientist is to ultimately prove, without a doubt, that a drug is not only safe but that it actually works.” Three days later there were reports that one American man had died and his wife was in intensive care from an overdose of that compound. Drug trials can be frustratingly slow – but there is a very good reason for that.

Of course, the urgency of a new and (often) fatal disease can make it seem unbearable to move slowly – but we need to be clear that this is not a slow response.

I am a passionate advocate for scaling up testing for active Covid-19 disease and also for the antibodies that show that someone has had the infection – and infuriated that where we have reliable tests they are not being used widely and well. At the same time, I want to make sure that the tests are carefully validated – false information can be worse than no information. Coronavirus tests have been developed really fast – as has the knowledge about the incubation period, the natural history of disease progression and clarifying the modes of transmission. We should not be surprised if new information keeps on emerging in the weeks and months to come.

I started to volunteer for an AIDS charity back in 1986, five years after the first reports of AIDS had epidemiologists puzzling to understand this new epidemic. 1986 was also the year the virus was named HIV rather than HTLV-III (the American name) or LAV (as the French called it). The test could only be refined once the diplomatic dance was done and the two discoverers admitted that they’d actually found the same compound.

It was really unusual for people to access reliable HIV tests until the late 1980s – for most of the first decade, the tests were just used to screen blood donations. It’s impressive that the coronavirus that causes Covid-19 was isolated, genetically sequenced and a diagnostic test developed within just two weeks of China notifying the World Health Organisation of a spike in a pneumonia-like disease.

Now across the world, scientists are working together faster and better than ever before – the pace of the response to Covid-19 is remarkable compared to SARS, and infinitely faster than in the case of Aids. It took over three months for SARS to be identified as a distinct disease; it is now just over three months since the first case of Covid-19 was identified. These infographics in Nature show the contrast between the response to SARS and Covid-19 – the timelines for HIV would be even more extreme.

Fortunately, all over the world, many of the greatest leaders in the response to HIV are stepping up to lead the fight against Covid-19, drawing on so much that we have learned. It’s not just Tony Fauci in the US – in fact there are too many to list. People like the first UNAIDS Director Prof Peter Piot; UNAIDS Ambassador James Chau in China; incoming President of the International AIDS Society (IAS), Prof Adeeba Kamarulzaman, busy leading the Malaysian response; in Australia the next IAS President Sharon Lewin is heading up vaccine research – and of course in South Africa it’s a fine mix of activists and scientists including Linda Gail-Bekker, Salim Abdool-Karim and Glenda Gray steering the way ahead.

I’m hopeful that together, we will learn from history, not be condemned to repeat it. DM/MC

Robin Gorna is an AIDS activist and feminist who has led global and local campaigns and organisations, including SheDecides, the Partnership for Maternal, Newborn and Child Health (PMNCH), the International AIDS Society, and set up UK Department for International Development’s (DFID’s) global AIDS Team in 2003. She spent four years in South Africa leading the UK’s regional and national HIV and health programmes, and is now working on a feminist memoir of her work in the AIDS crisis since 1986.

The cruel loneliness of death in isolation, and the enormous stress on healthcare workers (Part 1)

Many mothers going hungry for the sake of their children, new data shows

Journalism plays a critical role in the scrutiny of public life

Saving nature: Overpopulation is not the primary problem