Ben Turok: Honouring a life of courage and of stepping...

A LEADER BY EXAMPLE

Ben Turok: Honouring a life of courage and of stepping out of line 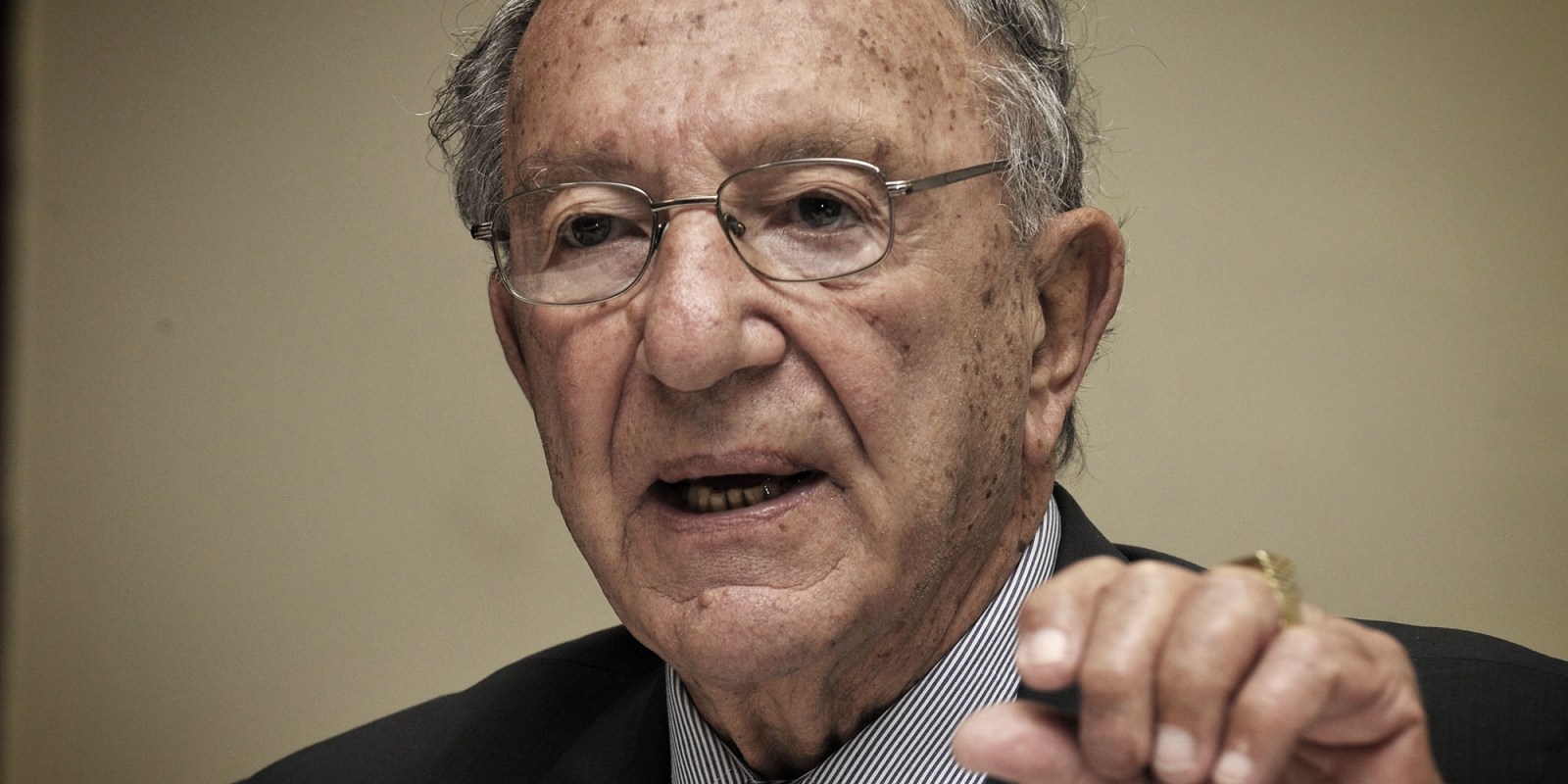 Speaking at simple memorial service held at Community House in Salt River, Cape Town on Saturday 19 January 2020, Madonsela said Turok was one of few ANC politicians who had had the courage to “step out of line”.

“There is an unwritten Mafia code. ‘Do your work but don’t touch the family’. And when he started fighting with the family, the family fought back,” said Madonsela at the service attended by friends, family, activists and politicians, who had crossed paths with Turok during his long, productive and uncompromising life.

Turok, who died on 9 December at the age of 92, was one of the few remaining survivors of the 1956 Treason Trial. So deep was his disapproval of the current state of the ANC and its government that as a final act of protest, Turok had requested that he not be given an official funeral.

Madonsela described Turok as “one of South Africa’s greatest human beings and most impactful leaders” who had led a life well-lived.

She said a common human drive was the need to “belong” and that individuals, in order to remain in a group, were expected to “stay within the rules” or risk excommunication.

“That is why everyone plays along. Everyone voted with their parties on Nkandla. They did not step out of line,” said Madonsela, referring to Parliament’s rubber stamping of former Minister of Police Nathi Nhleko’s discredited report on Nkandla.

Turok, said Madonsela, had understood the cost of speaking out and the “social death that comes with stepping out of line”.

“You cannot belong on the outside if you are dead inside. He had to do these things that resonated with his soul,” she said.

Turok frequently turned his back on the political crowd, refusing to vote for the unconstitutional Protection of Information Bill and, as chair of Parliament’s ethics committee, driving investigations into former ANC Minister of Communications Dina Pule and ANC MP Yolanda Botha, who both faced charges of corruption.

But, Madonsela cautioned, those who toed the party line and who were cowed by the ANC’s omerta too had to pay a cost. This was to their “peace of mind” as unethical or criminal behaviour always stood to be exposed.

However, the unethical world South Africans currently found themselves trapped in, Madonsela added, did not begin under the presidency of the former President Zuma.

“It was incremental until it burnt like wildfire and we all began to understand the depth of it.”

Madonsela praised Turok’s lifelong and unwavering commitment to economic and social justice and also for his intellectual flexibility, generosity and curiosity.

Senior ANC member Pallo Jordan said that Turok had always “led from the front”, even as part of the underground movement of the 1960s.

Turok had understood the systemic damage colonialism and apartheid had wreaked not only on the lives of the black majority, but on the economy which had not yet been transformed.

One exploitative class had simply been replaced with another and a “rapacious black bourgeoisie” was, Jordan said, currently emulating their colonial and Afrikaner predecessors.

Former President Kgalema Motlanthe described Turok as a “great role model and consistent moral leader” who, through his lifelong actions, had found himself on the right side of history.

Turok had believed that government was not doing enough to ensure inclusive growth and that as a country “we are running out of time”.

“Self-enrichment is at the heart of government failure,” said Motlanthe.

South Africa, he added, was in a constant state of fracture dominated by discussion of the wide extent of corruption, both “political and business”.

“We are haunted by all of this. The project of social cohesion is under constant threat.”

Globally, while the green economy had created 40 million jobs, Eskom’s current ill-health, he added, was “SA’s top risk” and threatened the entire country.

The state-owned power utility had mountains of debt, poorly maintained power plants and had seen an exodus of experienced staff over the years due to prolonged corruption and mismanagement.

He said Eskom need clear ownership, constant monitoring and evaluation and that the SOEs should justify themselves “before value creation for the public”.

“Where there is no value showed they should be allowed to die.”

Turok’s younger son, Neil, a world-renowned physicist, cosmologist and founder of the African Institute for Mathematical Sciences (AIMS) a pan African network of centres for education and research, said his father, and his mother, activist Mary (Butcher), had inculcated in their children that a life fulfilled was one spent working for others.

“The struggle threw up extraordinary individuals. The talent that came out of South Africa continues to be an example,” said Neil.

Madonsela said that Turok’s life should serve as an example.

“We will not betray giants like Ben Turok,” she said. DM