‘I don’t know what it means to have joy anymore’ 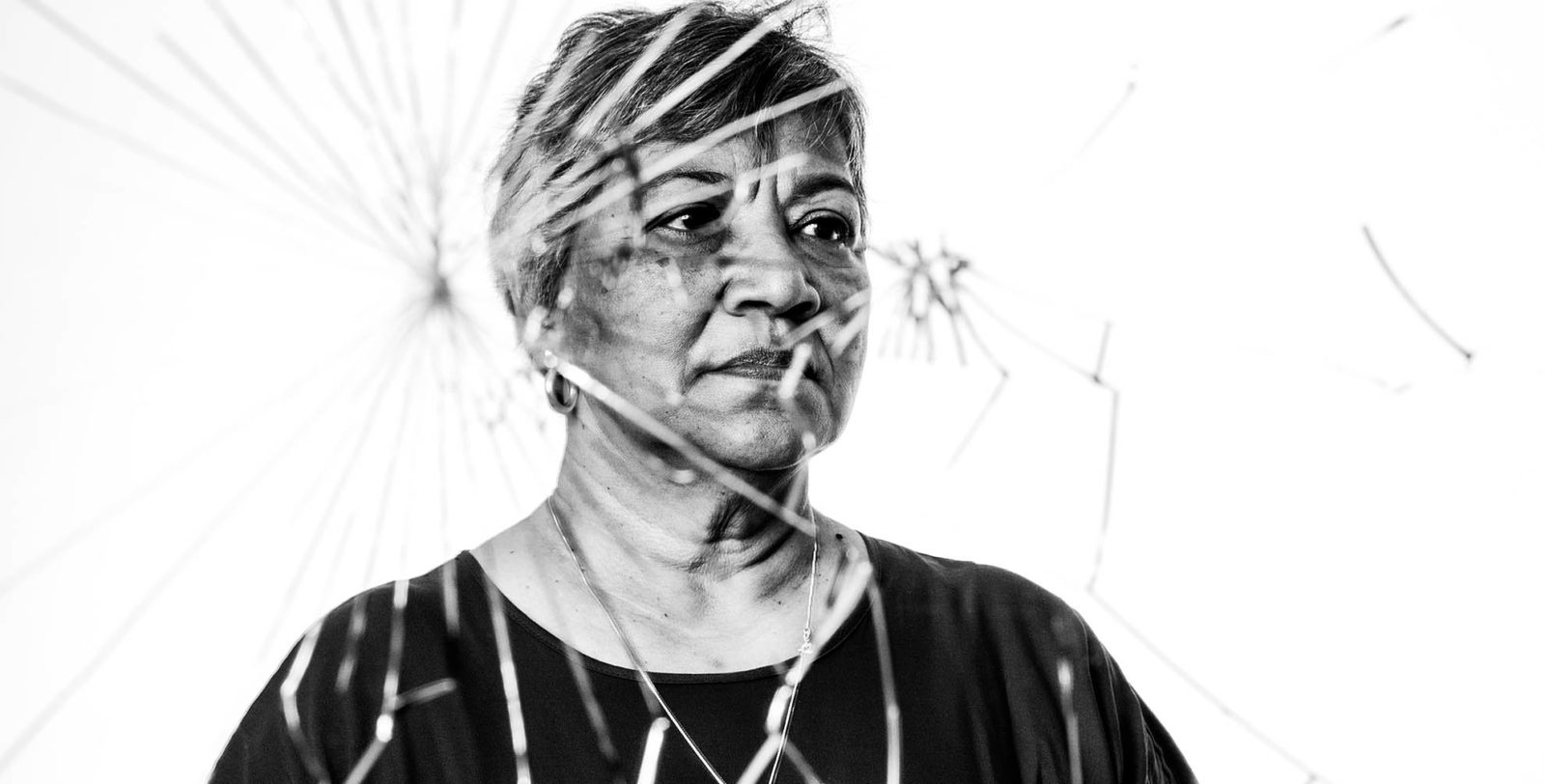 “Apologise?! You apologise when you spill something on someone, you don’t apologise for murdering someone.” - Marlene Ann Cozett (68), Diep River. (Photo: Thom Pierce)

‘He looked like he was sleeping, he had been stabbed in the back of his neck, so there was no blood, he really looked like he was just sleeping. But as I came closer, I saw the nurse close his eyes. I screamed so loudly my voice rang throughout that entire hospital.” – Marlene Ann Cozett, 68, Diep River.

Cape Town’s Cape Flats is a war zone where young men are mowed down in a battle for turf between rival gangs. Many of the young men who are killed are either caught in crossfire or are victims of initiation practices that involve murdering someone, anyone. Some of them were in the belly of the beast.

One of the biggest frustrations for mothers who lose their sons is how slow the wheels of justice turn, if they do at all. Many mothers interviewed are still waiting for justice years are the murders of their sons, while for some the case did not even get investigated, never mind go to court.

A group of mothers on the Cape Flats have formed a group, Moms Move for Justice, as a form of support and a way to talk to those “who understand”, but also to try and seek legal justice from a system that is failing to deliver any form of justice or closure.

Maverick Citizen is publishing the stories of some of these heartbroken mothers, as well as voices of experts who have intimate knowledge of the causes of gang violence.

The mothers are telling their deeply personal and devastating stories because they seek solidarity and do not want others to suffer their fate — not because they want pity or charity. Their stories are cries for help, a desperate plea to try to change a system, a way of living that gives unemployed young men very few options outside joining gangs that end up killing men and young, innocent boys.

Marlene Ann Cozett, 68, meticulously paints a word picture of her son Grant, whom she describes as “very self-sufficient” despite suffering with ADHD, which caused him a lot of anxiety. Everything had to be perfect. “He always made his bed perfectly, and he would often tape his pens and pencils to his desk so that they would stay in the exact position he put them in,” she says, smiling.

Things with Grant started to get out of hand when he became addicted to drugs. Though Grant often said he did not want to do drugs anymore, he was powerless against the addiction. He went into rehab three times, but struggled continuously with the lure of tik.

“By the time Grant died, my house was an empty shell. Everything and anything he could sell he did, in order to feed his habit,” says the Diep River mother.

On 29 July 2017, 28-year-old Grant was murdered in the street, stabbed to death. “He was my only son.” Marlene Ann’s voice is almost a whisper as the tears cascade down her face.

Earlier in the week of his murder, Marlene Ann had celebrated her birthday and she invited friends over to celebrate with her and “to give thanks”, she recalls.

Grant was at the gathering and prayed with the guests; they in turn prayed for him.

It was the last time Marlene Ann saw her son alive.

She was at home when somebody came to the gate to tell her that Grant had been stabbed and had been taken to hospital. She got into her car and raced to the hospital. On arrival, she saw Grant lying on a bed.

“He looked like he was sleeping, he had been stabbed in the back of his neck, so there was no blood, he really looked like he was just sleeping. But as I came closer, I saw the nurse close his eyes,” she recalls. “I screamed so loudly my voice rang throughout that entire hospital,” she said.

On Marlene Ann’s right forearm is a tattoo of a cross and her son’s name.

“After everything calms down, and the funeral happens, people get on with their lives. And I had to deal with the fact that I was never going to see him again,” she says softly.

Like many other mothers who have lost their sons, it is the absence of their children that haunts them the most.

“People would come and pay their respects and say to me, at least you will have peace now. I don’t want peace, I want my son and I would have him all over again with those same problems,” she says defiantly.

Unlike what happens with most violent incidents, Marlene Ann’s case was seen through to the end. It took 16 months and she cannot forget how arrogant the perpetrator was – in juxtaposition to the cowardly manner in which he killed Grant.

Witnesses said a man had accused Grant of doing something he had not done. Grant turned his back and walked away. But then he tripped and fell, and the perpetrator attacked him, stabbing him at least seven times in the back of his head and neck.

During the court proceedings, Marlene Ann was taken aback as she was giving her victim impact statement during sentencing. “While I was speaking, he (the murderer) stopped me and told the judge he wanted to apologise.

“Apologise?” she shouts. “You apologise when you spill something on someone, you don’t apologise for murdering someone.

“I feel resentful,” she admits.

The killer was sentenced to eight years, of which five years were suspended and three years were under house arrest.

But he is now often seen walking in the streets.

“My understanding was that, if he violated his house arrest, he would be put into prison, but that hasn’t happened,” she says sadly.

“All I keep thinking is that, this man gets to have a warm meal with his family and then he still gets to lay his head down and go to sleep. While my grandkids don’t have their father anymore,” says Marlene Ann.

She believes forgiveness is not hers to give or withhold.

She smiles as she remembers her son: “I have a stack of ‘I’m sorry’ letters. Whenever he’d done something wrong, he would write to me and slip a note under my door.”

The last letter Grant wrote to his mother said: “To my loving mom – the best is still to come. Nobody understands me, only God does. Things will change.”

Marlene Ann and Grant had plans to see a psychiatrist and seek help, but that day never came.

“Nobody will ever know the hole it leaves, I feel physical heartache, I don’t know what it means to have joy anymore.”

Marlene Ann still thinks she will hear a knock on the window, because Grant didn’t have keys. She still hopes Grant will come out of the park and had towards her house.

Marlene Ann pauses for a moment, and then bursts into tears: “I panic because I don’t remember what his voice sounds like anymore.” MC

Maverick Citizen is profiling the lives and voices of 10 mothers who lost their sons, side-by-side with opinion pieces by, among others, Rehana Rossouw, Don Pinnock and Gun Free South Africa. We have already published the stories of Avril Andrews and Natasha Mulumba.