‘I am so sorry about what happened,’ mom says to son’s bullet-riddled body 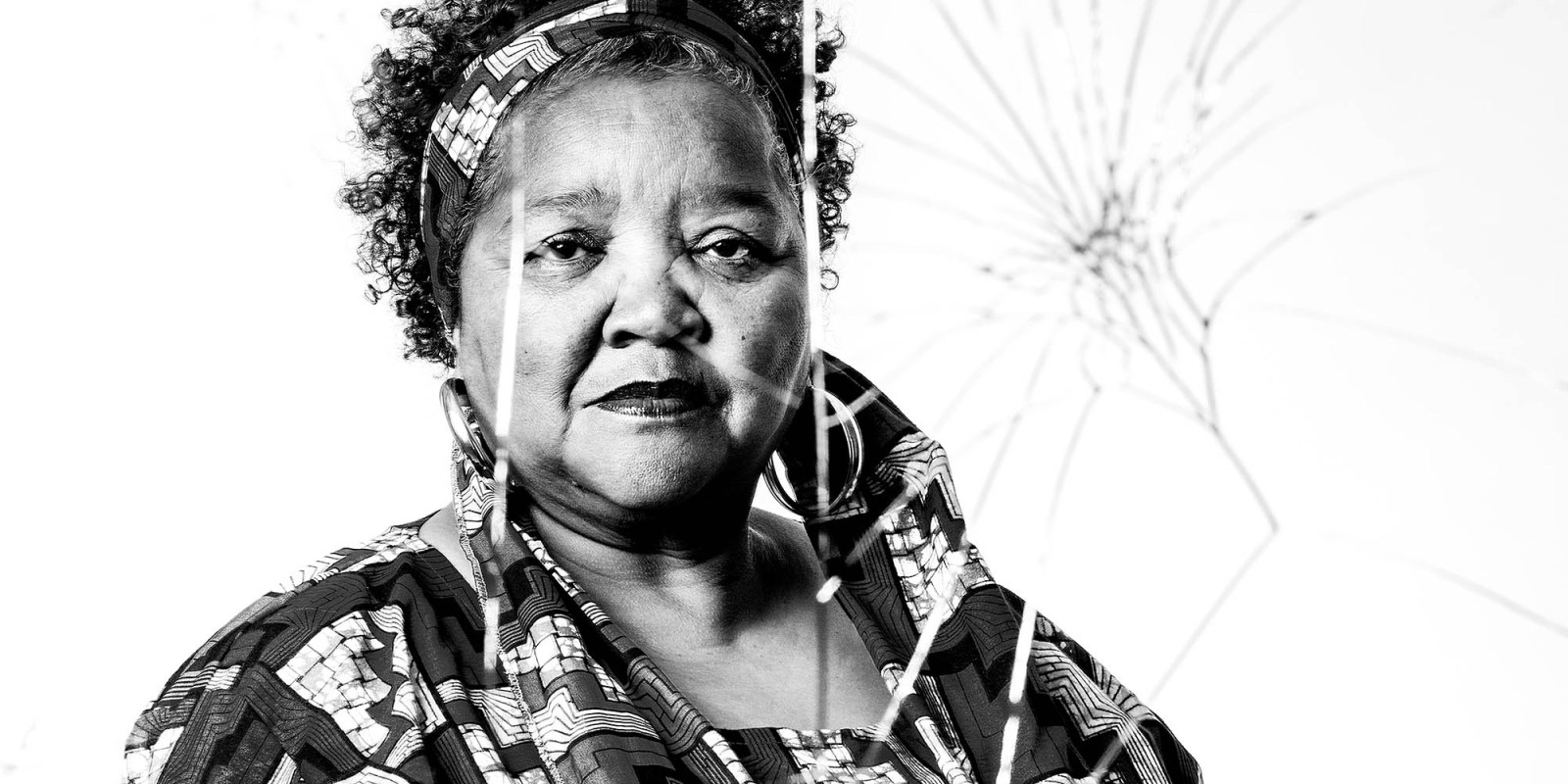 Shattered lives: Avril Andrews lost her son to the gang violence and started Moms Move for Justice to support other Moms who had the same experience. (Photo: Thom Pierce)

‘When my son was killed, I was broken in pieces.’ — Avril Andrews, 57, Hanover Park

Less than 15km from central Cape Town, people are living in an undeclared war where young men are mowed down like Playstation game targets. Regularly, the Cape Flats and surrounds resemble a war zone with frightened people linked up via WhatsApp groups on their cellphones alerting one another about gang activity. Some days the only solution is to draw the curtains and bunker down. Those who live there tell you not a day goes by without gunshots ringing out.

In June 2019 the Western Cape government released mortuary statistics which suggested that a staggering 900 people had been murdered in gang violence between January and June 2019, figures which are almost double the previous year’s. By July, the national government decided to deploy members of the South African National Defence Force (SANDF) to areas ravaged by gang violence. This has led to some reduction in a high murder rate, but most understand that in the long run it is simply putting a plaster on a festering sore.

However, while murders have been slightly reduced, there are many left behind who have to try to pick up the pieces of their broken lives. Hundreds of thousands flock to beautiful Cape Town to live, work and play, but many choose to look away from the communities, not far away, where mothers are burying the bullet-riddled bodies of their innocent children. Some of these mothers have formed a group, Moms Move for Justice, as a form of support and a way to talk to those “who understand”, but also to try to seek some form of legal justice from a system that is failing to deliver any form of justice or closure.

Over the next two weeks Maverick Citizen will feature the stories of some of these heartbroken mothers as well as voices of experts who have intimate knowledge of the causes of gang violence. These mothers are telling their deeply personal and devastating stories because they seek solidarity and do not want others to suffer their fate — not because they want pity or charity. Their stories are also pleas for help, a desperate plea to try to change a system, a way of living, which gives unemployed young men very few options outside joining gangs that end up killing men and young, innocent boys. Their stories need to be told, need to be heard and need to be acted on.

The first thing that strikes you when you meet Avril Andrews is her straight back and the steely glint in her eye. She also uses the word “community” a lot.

She looks like your cuddly grandmother, but you soon come to realise that this mother and grandmother is on a mission. She does not want anybody to feel sorry for her, she wants people to change the socio-economic conditions in Hanover Park and the Cape Flats surrounds — a place she could leave tomorrow but opts to remain in — to give young men a future and to fix a broken criminal justice system.

Avril was pregnant with her second son when the family moved to Hanover Park. “We were always involved in the community and the church and we could see over the years how things got worse, but if you work in a community and you raise your children here, when you children grow up here, it is hard to leave,” Avril says.

It has been four years since her 27-year-old son Alcardo was mowed down in cold blood and Avril still finds it hard to talk about that day, 28 October 2015.

She talks about Alcardo the loving son, the husband, the young man who tried to make a life, to be an upstanding citizen who had a desire to start a fatherhood programme for young men in the community.

“He was a very passionate person, he would sit me down and ask me: ‘Mom, can’t you see how the young men are dying?’ ”

Because Alcardo’s murder case is still in court, dragging on four years after the fateful day, Avril cannot disclose all the details around his murder, but she does know that a gang had placed a target on his back.

She believes Alcardo was murdered because he did not want to co-operate with the gangsters and join them.

The sad, devastating irony is that the young man who murdered Alcardo, on the orders of a gang leader, is a young man whom Alcardo cared for, a young man whose family still fetch food from the soup kitchen Avril runs.

Avril takes a deep breath and shares some of the details from the day her life shattered.

“I was at home when someone banged on my gate and told me they had just shot Alcardo. In that moment you try to think clearly and I realised I would have to go to the scene, but I would have to go alone even though I felt I desperately needed my husband by my side. I got into the car as I thought maybe Alcardo was still alive and I could help. I walked up to my son and all I could say, was, ‘I am so sorry, I am so sorry about what happened’. He had been shot seven or eight times.”

Avril remembers his love for people and relays a story of how he helped their neighbour Mr Parker.

“He’s 78 and he had gone to buy a few groceries when the gangsters robbed him. Alcardo went to find those guys and got his groceries returned. This did not help the situation.

“The whole system has collapsed for us, 10 and 13-year-olds drop out of school and nothing gets done. There are no social workers to help. Policing, government, social development, they do nothing. Today, a child out of school is not a big thing. And the gangs are breeding on this.”

Avril tells the story of 13-year-old Nathaniel, who lived under one gang where he stayed with his grandmother and another gang where his mother lived and where his school was. This meant the boy had to go between the two gangs every day as he tried to make his way to school. One of the gangs targeted the youngster and told him that if he agreed to their gang tattoo they would protect him and accompany him to school every day.

Avril was given a letter Nathaniel wrote in which he expresses his regret at agreeing to the tattoo, saying that he did not wish to join any gang, but that he fears for his life. Because he had agreed to the tattoo, Nathaniel was shown the ropes on how to use a firearm. A few weeks later an opposition gang shot young Nathaniel execution-style — in the head.

“In his letter he cried for help,” Avril says softly. “These boys kill for a cellphone or a pair of tekkies. These young men often kill so they themselves can survive,” she adds.

What does Avril believe the solution is? She thinks for a minute.

“I don’t have all the answers of how it can be fixed, but I have hope. More voices need to be heard, voices like mine and the mothers, for things to change. For me personally, there was a moment when I said to myself, ‘I gave birth to this son, I am taking my power back’. In my heart I forgive the perpetrators, but justice must be served. It is sad to see how it breaks a family and how people are left to try and pick up the pieces.” MC

Over the coming two weeks Maverick Citizen will profile the lives and voices of 10 mothers who lost their sons, side-by-side with opinion pieces by among others Rehana Rossouw, Don Pinnock and Gun Free South Africa.