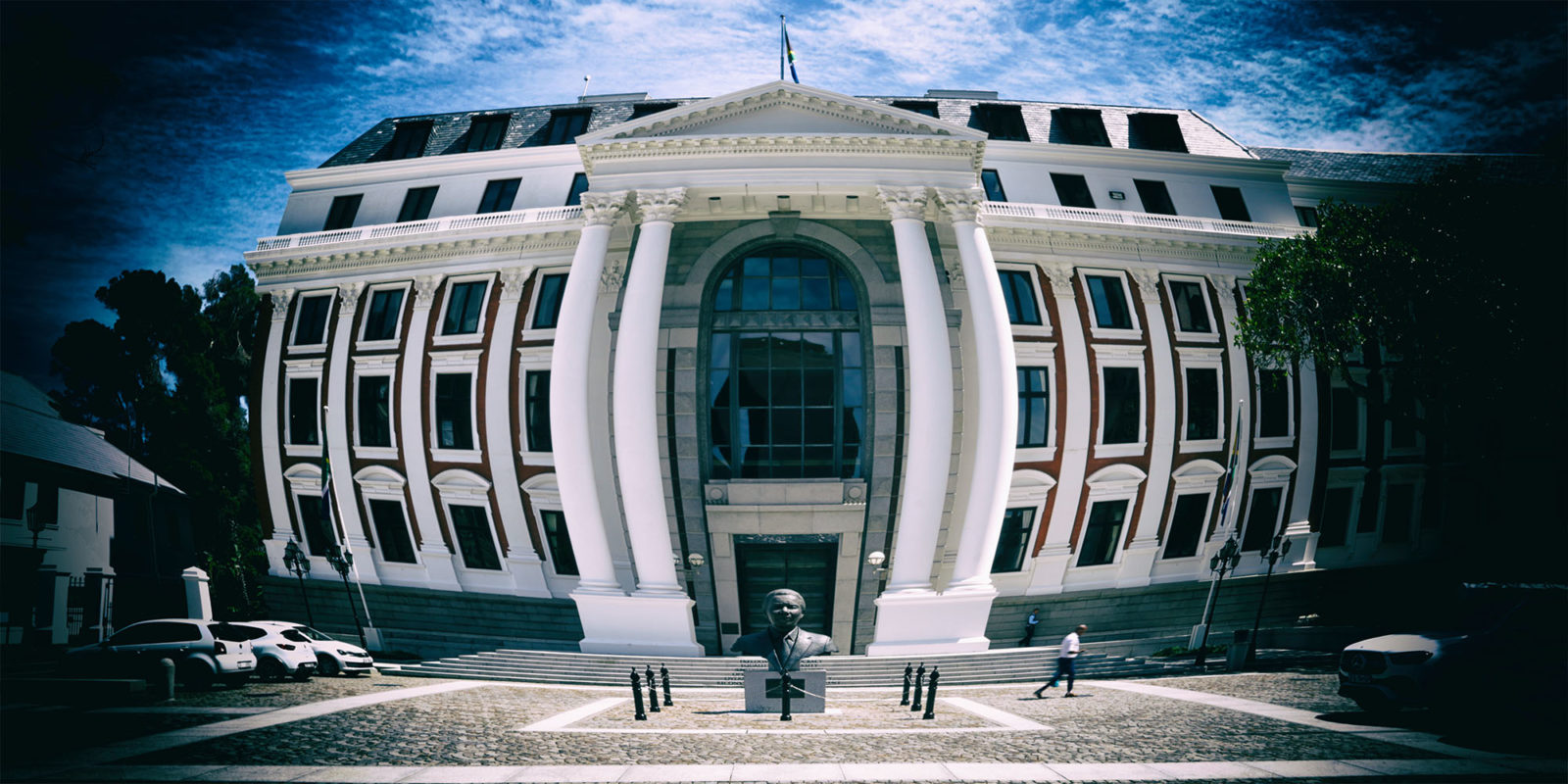 The parliamentary interviews for the new deputy public protector on Tuesday were as much about that position as about the incumbent public protector, Busisiwe Mkhwebane, and the reputation of her office.

Kevin Malunga’s term as deputy public protector ends on 9 December 2019 and, although as deputy another seven-year term would have been possible, he’s not thrown his hat into the ring. He’s on public record about concerns, including declining quality controls and internal consultations, and has distanced himself from high-profile investigations. That’s notwithstanding the privilege of having been able to serve.

It’s also on public record that Malunga was relieved of many of his duties by Public Protector Busisiwe Mkhwebane, who shifted him to training and capacity building by October 2017. Security clearance was invoked – Malunga, who renounced his Zimbabwean nationality in line with South African citizenship laws, does not qualify for top-secret clearance – although the Public Protector Act has no security clearance requirement. By contrast, Malunga had been involved in high-profile investigations during Thuli Madonsela’s time in office and also acted in her place.

On Tuesday, MPs from the DA and the ANC acknowledged Malunga’s concerns in the public domain, and did not mince their words. All prospective deputy public protector candidates were asked how they would handle it if they were delegated no responsibilities, or duties such as “looking after staff”.

It was a tight spot and all answered diplomatically that they would do what was necessary to support the public protector – and to try resolve issues internally, not through the media.

“I expect the public protector to assign me roles that are meaningful,” said advocate Shadrack Nkuna, a former policeman, Hawks investigator turned Public Service Commission deputy director in charge of investigations for Limpopo.

“It can’t be the intention of this House to go through this process only to do some menial task.”

Advocate Moshoeshoe Moshoeshoe simply said it would be an insult to a professional to be paid for work not done – as would be the case if the deputy public protector had no meaningful responsibilities delegated by Mkhwebane.

South African Human Rights Commission (SAHRC) acting legal head Buang Jones said he saw the role as “more a supporting role and I have to align myself with the strategic direction. Any conflict that arises must be dealt with internally.”

That was one of the less tricky questions. The candidates to be Mkhwebane’s deputy had to dodge the political hand grenades lobbed from across the party political divide about the public protector’s R10-million litigation costs, the rising numbers of public protector reports taken on review and the personal cost orders.

“No, I don’t want her to be removed from her position,” replied advocate Noxolo Mbangeni to EFF MP Mbuyiseni Ndlozi’s potentially explosive question. “What I think right now [is the need] for a person who has experience and expertise to join the office… to support the incumbent.”

Coincidentally, Ndlozi whose party has come out in support of Mkhwebane, including joining her in court, pretty much posed this question to all candidates. He got perhaps the most appreciative response from Jones.

“Her work has been commendable,” said Jones, adding it was a common cause that those dissatisfied with an outcome would bring a court review.

“Qualitatively, if we look at the areas of work, she’s done well… She needs to be supported. There are areas of concern. There is room for improvement.”

One of those areas of concern was the high staff turnover, according to Jones. His comments came just days after axed former chief operations officer Basani Baloyi turned to the courts on 7 November to challenge her dismissal by Mkhwebane, who also suspended a senior executive, two chief investigators and one senior investigator.

The Constitution and the rule of law featured large in Tuesday’s interviews. As did being above politics.

“I will not be guided by anything other than the law or the facts,” said Nkuna. “The deputy public protector and public protector must be above politics, because once you act, rightly or wrongly, you are starting to erode trust among members of the public and you’ll be eroding your status in society… We are not politicians; we are administrators.”

Or as Moshoeshoe put it: “My allegiance is to the Constitution and the rule of law and other laws of general application… It is important as civil servants that we actually uphold such allegiance.”

It was agreed that personal cost orders were indeed an indictment on the person against whom they were given, but the candidates kept their answers general, referencing court practices and the Constitutional Court judgment, rather than Mkhwebane.

She has two such personal cost orders against her: one upheld by the Constitutional Court in July 2019 in relation to the controversial apartheid-era Absa Bankorp bailout report that was ruled invalid and set aside; and the Vrede dairy farm report against which the Gauteng North High Court in August 2019 upheld a challenge from the DA and the Council for the Advancement of the South African Constitution (Casac).

There were a few potholes in the road to the deputy public protector post.

None of the male candidates could quite get the public protector’s budget right, or details of the programmes – investigations, stakeholder management, effectively outreach, and administration. And it seemed some ANC MPs took a dim view of at least two candidates, who would jump several salary ranks.

While Ndlozi made his EFF’s party pooper view on the Springboks’ Rugby World Cup win clear during the tributes in the House – “The Springbok must fall,” he said, describing the celebrations as “fake” – one Springbok came back to haunt Jones.

DA MP Glynnis Breytenbach lobbed this carefully crafted bombshell of questions that started with whether Jones believed in the rule of law and due process. When he said “Yes”, the follow-up was on his comments that Springbok Eben Etzebeth “got away with murder” and he “would be made an example of”.

It’s a reference to the Equality Court case of racism against the Springbok lock, brought on the back of a complaint about an alleged racial slur and assault outside the Langebaan yacht club in August 2019. At a meeting with the Langebaan community in October it emerged this was apparently not the first such incident involving the rugby player, and his friends and relatives.

Etzebeth has denied the claims of racism and, through his lawyers, filed papers challenging the SAHRC’s Equality Court action.

Asked Breytenbach: “Did you say those things and, if you did, how does this bode with your views on the rule of law, due process and that you say you consider yourself bound by these concepts?”

“The comments were taken out of context,” Jones responded. “I was simply rephrasing. I was reminding them of what I heard [during the meeting]. It’s correct I said ‘We will make an example of Mr Etzebeth’…”

In response to ANC MP Xola Nqola’s question, “Do you think Eben Etzebeth is a racist lunatic, who must be isolated from society?”, Jones replied: “As we speak, there is a prima facie case of discrimination and hate speech…”

Following the Afrikanerbond complaint about his comments to the SAHRC, Jones added that two legal opinions obtained as part of internal fact-finding had cleared him of wrongdoing, and the matter should be settled soon. The SAHRC had a duty to advocate, said Jones, adding: “We must take incidents of racism seriously.”

A total of 29 applications and nominations for the position of deputy public protector were received, although three withdrew and only 19 of the remaining 26 applications actually met the requirements. Of those 19, eight were shortlisted, but another candidate dropped out, leaving seven candidates to be interviewed over two days from Tuesday.

There is time pressure to ensure the National Assembly makes its recommendation to the president, who will make the official appointment. The parliamentary year ends on 6 December.

As justice committee chairperson Bulelani Magwanishe told each of Tuesday’s four interviewees: “We will let you know shortly”. DM