Outgoing deputy public protector: ‘It’s been a privilege to serve’ 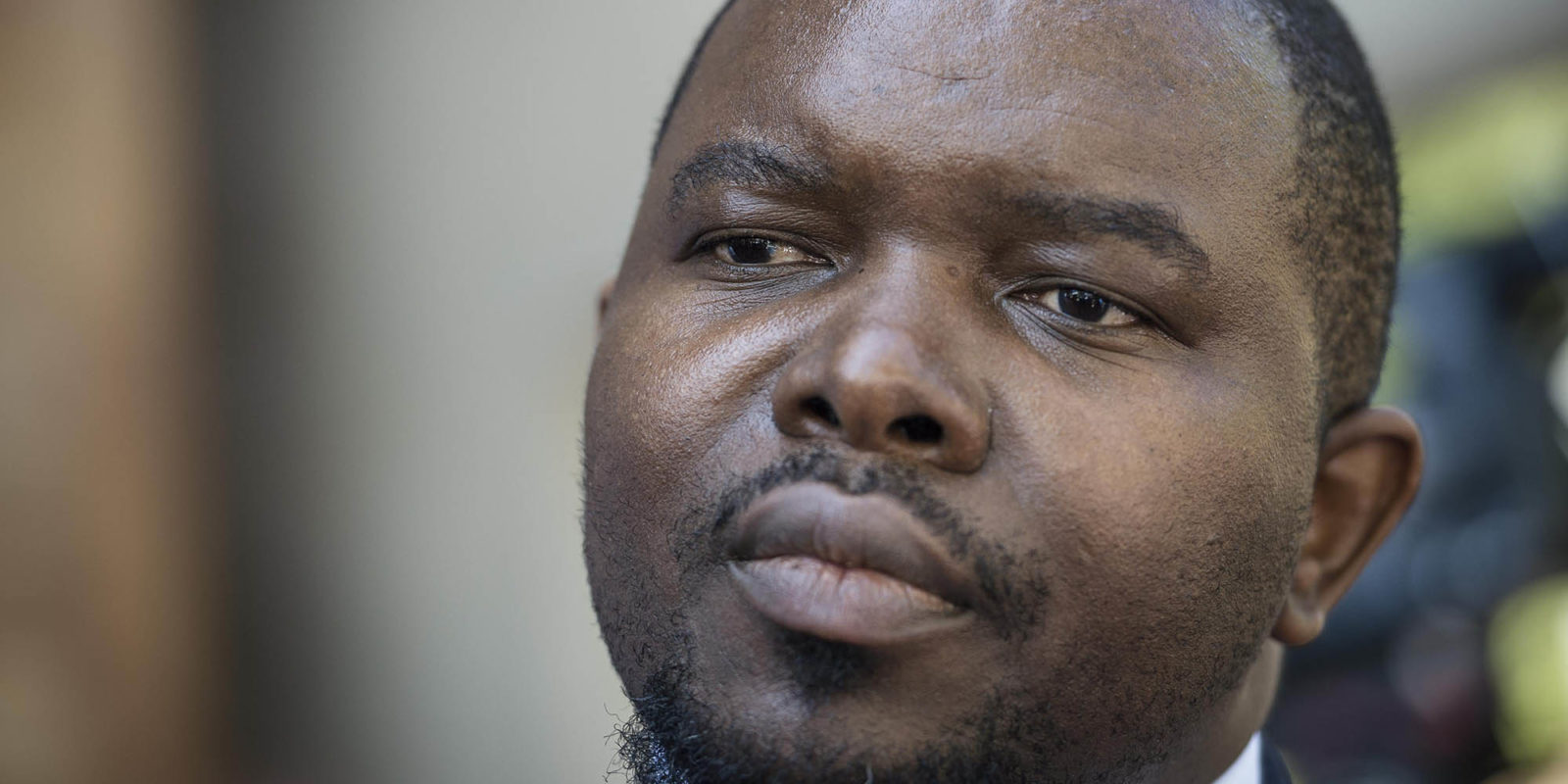 With about two months left before he vacates office, Deputy Public Protector (DPP) advocate Kevin Malunga sat down with Corruption Watch to reflect on the highs and lows of the past seven years, and the legacy he would wish to leave.

Kevin Malunga was appointed to the office of the public protector (OPP) in December 2012, following a parliamentary selection process which recommended his appointment to then president Jacob Zuma. When he joined the office he fulfilled the role of second-in-command of the organisation. He was a public face for the institution, and led important investigations that uncovered widespread corruption and maladministration in various sectors.

Malunga also exercised oversight over portfolios and work-streams that focused on administrative justice and service delivery, and played a key role in ensuring quality control over the investigative reports that were released. Currently, his job and delegation of responsibilities have been stripped significantly, but as Malunga approaches the end of his term, he believes that he has “been successful under the circumstances”.

He notes that though he experienced a few challenges along the way, he has had a productive tenure and has positively contributed towards helping the poorest and most marginalised in our society gain access to justice, given the glaring inequality of South African society.

Reflecting on the highlights of his term, Malunga states that the landmark judgement handed down by the Constitutional Court in March 2016, which confirmed the binding nature of the public protector’s remedial actions, marked an end to a culture of impunity within the state, and reinforced our constitutional accountability mechanisms. He notes with pride that he was part of an era that unapologetically challenged corruption at all levels of society.

While the mainstream and prominent investigations involving big-name politicians often caught the public’s attention, Malunga feels he has made the most impact on the lives of ordinary people by helping them fight for dignity. He refers to specific incidents in which he assisted a taxi driver to get compensation following a car accident that involved a state official, leading the investigation into the Glebelands hostel killings, the Mandela funeral investigation, and helping nurses and teachers access their pension funds, among others.

It is these cases, says Malunga, that form the bulk of the complaints received by the OPP. He further adds that it is ordinary members of the public who are the organisation’s most important constituency – “not the politicians” – and it is in this sentiment, Malunga claims, that he and the current public protector, advocate Busisiwe Mkhwebane, are on the same page. Contrary to public opinion, Malunga affirms that he has a “cordial relationship” with Mkhwebane and credits her for prioritising the needs of grassroots communities and small towns.

However, despite the pro-poor prioritisation, the controversy surrounding the Estina Dairy Farm project, according to Malunga, has had a “big impact on the reputation of the institution” and its policy on finding justice for poor communities. Malunga notes that he “wasn’t party to the finalisation of the Estina report” and believes the investigation was not sufficiently rigorous.

In 2017, Mkhwebane significantly reduced Malunga’s role in the OPP, which included leading investigations, as a result of him not having a top-secret security clearance. Malunga is Zimbabwe-born but became a naturalised South African citizen in 2010. He would only become eligible for a full clearance in 20 years. Recently, former public protector advocate Thuli Madonsela tweeted that “no cases were off limits” to Malunga during her tenure at the helm of the institution and that “security was never an issue”.

Having a top-secret security clearance is not a requirement for the position of DPP, but Mkhwebane still removed certain responsibilities from Malunga, which from 2017 to 2018 resulted in his exclusion from investigations and senior management meetings, while focusing solely on training of investigators on procurement-related issues.

Malunga’s duties were meant to be reinstated after the former chair of the parliamentary Portfolio on Justice and Correctional Services, Mathole Motshekga, reprimanded Mkhwebane for excluding Malunga from senior assignments and requested that his delegation of responsibilities be re-established.

Currently, Malunga’s delegations indicate that he should, for example, quality-check draft reports and Section 7(9) notices implicating organs of state – but again, according to him, this is not the case. Despite Parliament’s rebuke to Mkhwebane, Malunga alleges he is still being excluded from investigations and is instead responsible for managing a backlog of reports in the OPP, as well as continuing his training of investigators across the country.

Going forward, he urges Parliament to play a greater role in ensuring that there is proper allocation of roles and responsibilities for the new DPP to ensure that the incumbent’s skills and expertise are used effectively.

Speaking to the current challenges facing the OPP, Malunga believes quality assurance and forensic corroboration need to be improved. He called for greater transparency and to avoid the “over-securitisation” of the OPP. Malunga also called for the re-establishment of the Think Tank process or a similar initiative. This was a legacy project of advocate Lawrence Mushwana, to properly scrutinise and assess the quality of the reports that are released.

While he notes that the Think Tank was a costly exercise, Malunga insists mechanisms can be introduced to bring the best minds in the OPP together and ensure watertight investigative reports. In addition to such quality control measures, he says, every report due to leave the OPP should be reviewed by the new deputy. This would mitigate circumstances such as those that have arisen recently, with a number of the OPP’s reports being successfully challenged in court on the basis of legal principles.

Furthermore, Malunga notes that the organisation needs to do more to guard against the politicisation of complaints, where politicians use the office to fight political battles, and to instead focus on the substantive merits of the cases that have been reported. Failure to do so, he says, will result in the OPP becoming a pawn for political point-scoring.

A final frustration that Malunga expressed is the lack of consequences for corruption. He said that at times an investigation will yield clear documentation proving allegations, but then nothing happens to implicated persons in terms of criminal charges or further repercussions. People continue to live above their means, unchecked, and though there have been discussions about lifestyle audits, it is a suggestion that has not taken off. Corruption is a fight much bigger than the OPP, he says, one that involves all citizens.

While the process of appointing Malunga’s successor is currently under way, he notes that “it’s been a privilege to serve,” as he reflects on the last seven years. He proudly affirms that throughout his tenure, he has “never been for sale” and urges his successor to be brave, to not “take shortcuts”, and to “not fraternise with people that they must investigate”.

This week, the 26 candidates who applied/were nominated for the position of DPP are due to be short-listed. At the same time, MPs are also considering the rules to investigate Mkhwebane’s fitness as public protector.

Malunga’s term comes to an end when the OPP is embroiled in a number of legal and political battles, which will undoubtedly continue into the immediate future. His successor will need to be suitably fit for the position and have the requisite expertise and skills to undertake the mammoth task of leading one of the country’s most prominent anti-corruption institutions. MC

Kavisha Pillay and Sabeehah Motala are social justice activists. Pillay is the head of stakeholder relations and campaigns, and Motala is a project co-ordinator, both at Corruption Watch.