‘If I don’t get this right, my head must roll’ – Winde on his newly-unveiled crime prevention plan 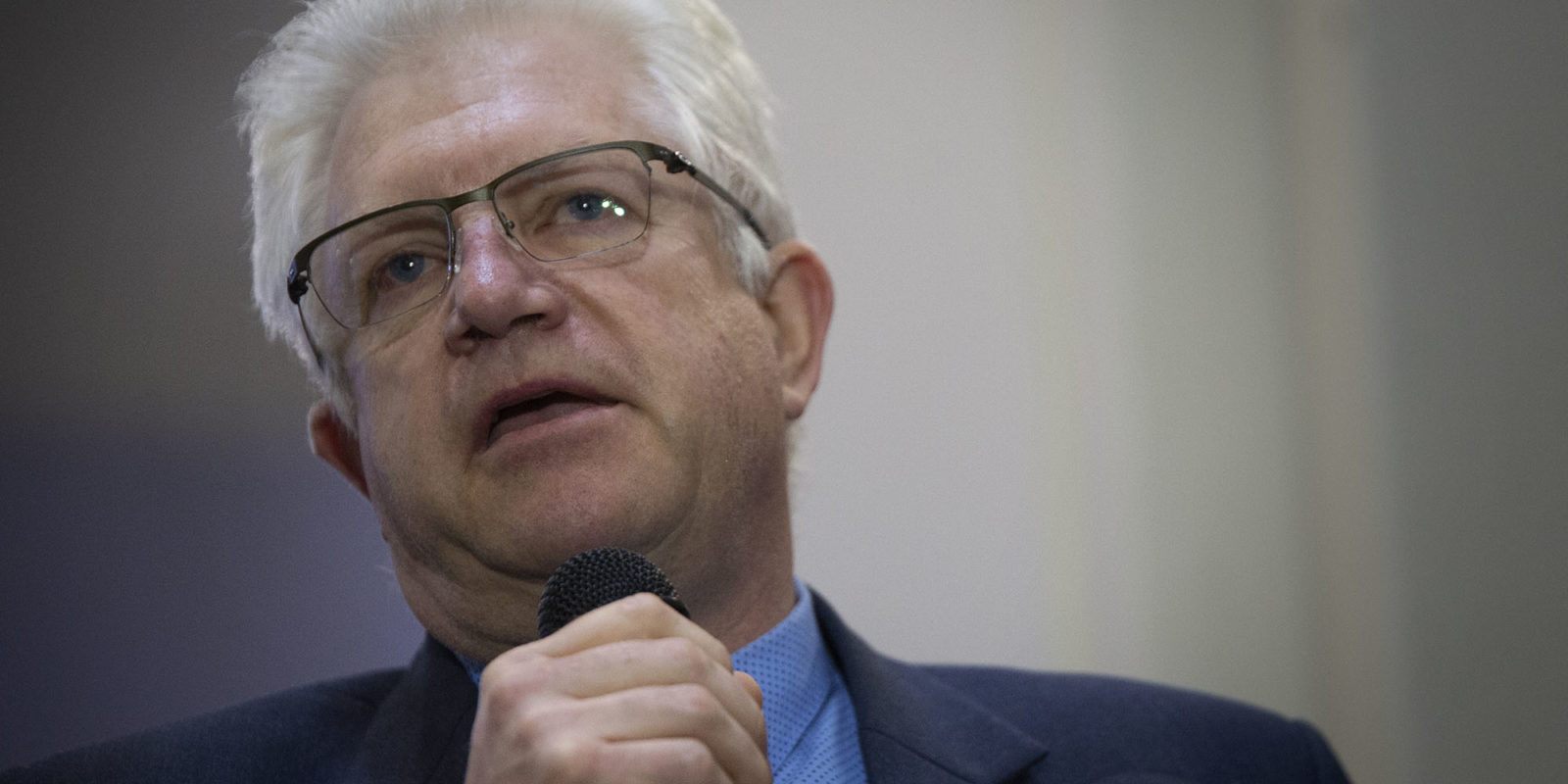 Furious, but not necessarily fast. The bold plan to increase the crime prevention capacity of the Western Cape, reduce high murder and gender-based violence rates while increasing conviction rates, may not get off the ground any time soon despite plans to have boots on the ground by close of 2019.

A few days ago – Thursday 19 September – Western Cape Premier Alan Winde announced a R1-billion per annum provincial safety programme, devised by the DA, to be rolled out in the province. Called “the most comprehensive and most expensive (provincial) safety plan” in the country by Winde and his party, the plan certainly appears comprehensive and would add 3,000 officers and 150 investigators to the province’s overall anti-crime efforts. But it’s not clear when these officers will be on the ground.

The plan seems to cover all crime-fighting and crime prevention bases and the scope of it is impressive. Winde admits it is an ambitious plan – in fact, he has hopes that it is so successful that it becomes the benchmark safety project for other provinces and indeed other countries, a model that can be referenced globally, possibly even emulated:

But the details feel somewhat thin.

Winde says the first 1,000 recruits are planned to be trained and on the ground by the end of 2019 or the start of 2020. But this seems more hope than plan as when we consider the announcement was made on the 19 September, 1000 people would need to start training on 1 October to be on the ground at the (very) end of 2019, or (more likely) the start of 2020. Winde confirms that recruitment of said officers has not yet started.

For policing expert Eldred de Klerk, the plan does not have enough detail on how all the parts all fit together and he questions what the source documents are for the prevention strategy. He adds: “They seem to be following the approach outlined in the White Paper on Safety and Security.” It is, however, not clear if they state as much.

The plan definitely has, as the saying goes, “lots of moving parts” with a myriad of over-locking components that require different provincial departments to work together – education, safety and health to name a few.

It is an ambitious plan and one that may well cause Winde to “fall on my sword if I fail”.

One of the big crime issues in the Western Cape is gang-related crime for which there is a 3% conviction rate. Winde said that a major reason for this is bad dockets and an essential part of his plan is fixing this, with advisory input from Johan Brand, currently Western Cape police ombudsman and former top investigator and a major general in SAPS.

Winde believes getting the dockets right is a game-changer: “At the end of the day, if we are producing good quality dockets, working well and putting them into the system, I can’t see anybody in the system wanting to pick this fight with me… I can’t see the President saying to me ‘okay now you must stop this because these guys are way too good’.”

“I’ve said publicly that in the next 10 years I want to halve the murder rate, otherwise I am going to have to fall on my sword… I mean in Bonteheuwel (a small cape flats ‘hood’ with around 49,000 people), an average of 10, 12 murders a month in that small little area called Bonteheuwel – 100 safety officers were deployed on 1 July… and the murder rate for July, was nought and the murder rate for August, unfortunately, was one… so I am pretty certain that when you deploy strategically and effectively you will see immediate change.”

Data-driven methods are also a huge point, with various sources of data and information to be used to inform responses to crime as well as for use in preventing crimes before they occur and apprehending perpetrators. Winde said there were a variety of systems currently in place that gather information on a daily basis. Data will be used to identify crime hotspot areas where interventions/projects will then be put into action. The premier also noted that civil society and non-govermental organisations working in these communities form part of his data-gathering plans and their contributions are needed to assist with the success of the new plan.

Axolile Notywala, General Secretary of the Social Justice Coalition said his organisation welcomes every commitment and effort toward crime fighting but said they have been calling for more officers in places with high rates of crime and murder for years. Notywala said party politics need to be put aside:

“We have witnessed unnecessary politicking between the ANC and DA in the Western Cape that has caused challenges and delays in the fight against crime… we still very much believe that the recommendations from the Khayelitsha Commission can go a long way. All levels of government have an important role in implementing those recommendations and thus far all have failed.”

According to Winde, besides the “combination of technology, training, data analysis, data gathering and with accountable, transparent metrics” and besides the 3,000 officers and 150 investigators, of which 50 are also planned to be in action as of the end 2019 or start of 2020, there is the early prevention part of the plan.

“We have to look at the root cause… This entails providing support for 10 000 at risk children and their caregivers for 1,000 days. That would be from conception to age two. How does this programme work? Or rather, how exactly?

“When we were thinking about this plan, this is about the whole of life – inception to death – and safety, what does that mean? And can we intervene with 50-year olds? The research says you must intervene in the first 1,000 days… and it’s an intervention all the way along… Grade 4… Grade 7… it is very multi-layered and very complex.”

A pensive Winde adds: “If you growing up in an environment where there is shooting going on every evening, where you walking to school in the morning and you see bodies lying in the road – what does that do to you psychologically?”

While he says that there are already two pilot projects focusing on the risk to kins in place, which the provincial Health Minister is overseeing, Winde agrees that this component of the prevention part of the plan is not going to be easy and they don’t have all the answers:

“The prevention part is much more difficult, much more difficult to manage and we don’t know whether we’ve made the right choices, and if we really do get it going it’s going to be the legacy of someone who is beyond my term of office, and that’s fine.” DM