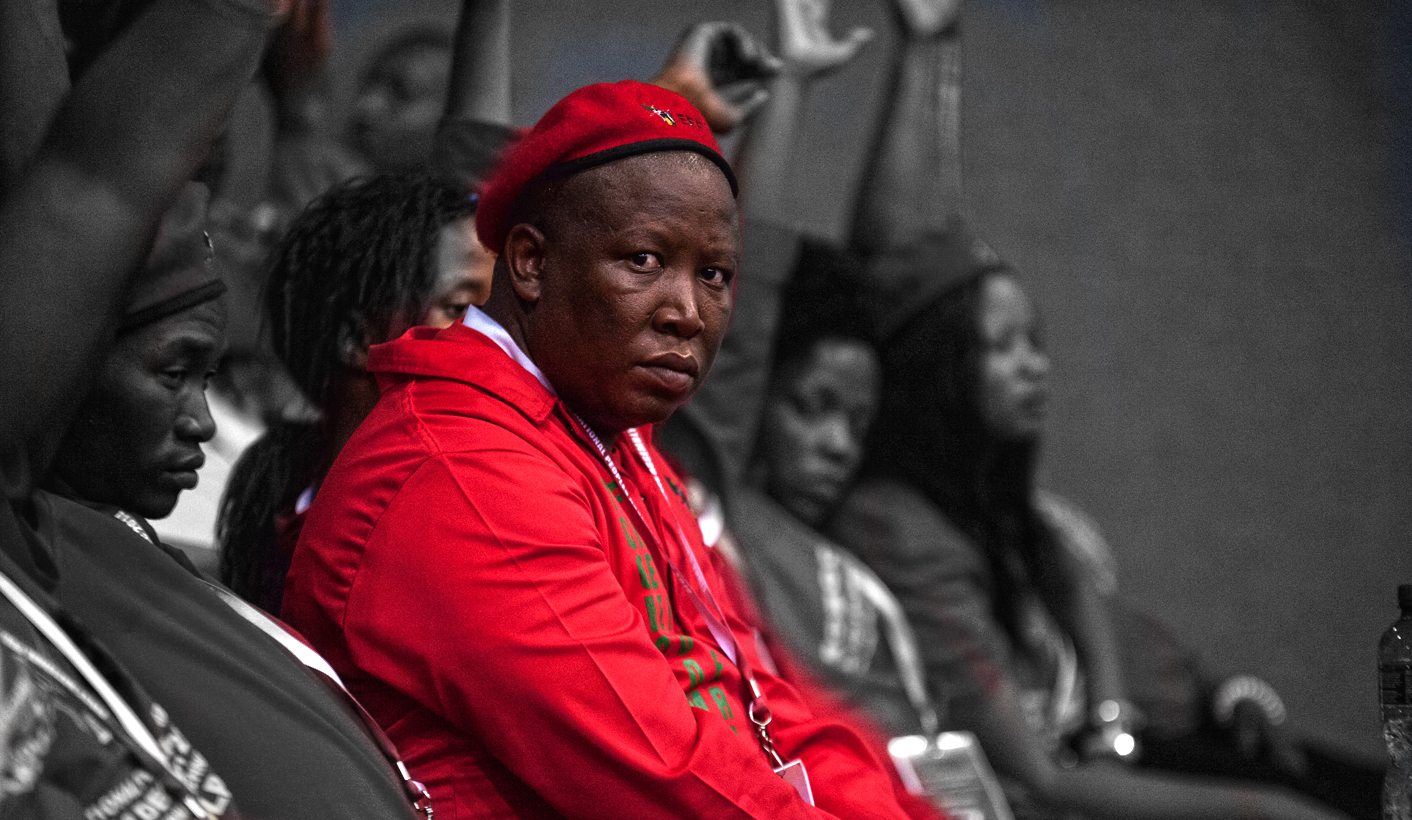 Until it resurfaced over in Troll-land – Twitter – on 2 September 2019, a throwaway comment by EFF Champagne revolutionary, Dr Mbuyiseni Ndlozi, in 2018 that he is ‘anti-white’ seemed to have slipped below the radar.

In South Africa, as we know, we speak in metaphors as well as in flaming forked tongues.

It is, of course, our fantastic democratic Constitution which allows spouters of violent political rhetoric to the left, to the right and even the centre, to skirt the bounds of legality when it comes to inflammatory language. And of course to deny that their invective might inspire others to bigotry, xenophobia, racism and violence.

Killing the Boer and Slitting the Throat of Whiteness, as we all know, doesn’t mean exactly that.

The “slitting the throat of whiteness” statement was uttered in 2018 by EFF Rhetorician-in-Chief, Julius Malema, in relation to the removal of then DA Nelson Mandela Bay Mayor, Athol Trollip.

“We will never go to the Hague and the International Criminal Court. There is no blood of a white person I am going to draw. We will just pass a law that from today you are no longer owning this [the land],” Malema told followers later.

Whiteness itself as a construct and the power matrix it occupies in all spheres of life across the globe must be exposed, examined, criticised and dismantled. For the sake of the future of humankind.

This was something South African philosopher, theorist, trade unionist and anti-apartheid activist Rick Turner, who was murdered by apartheid security police in 1978, knew and understood.

Turner was a friend, comrade and ally of Black Consciousness founder, Steve Biko, who was tortured and murdered by the apartheid state a year before Turner.

Both leaders understood that individuals in a violent and racist society first needed to turn inwards and perform a sort of deep, psychic root canal to be truly liberated, to be truly human. Turner held that people could learn new values by living them.

Where Biko sought to liberate, separately from white South Africans, the black mind, Turner had hoped to spark a renewed “White Consciousness” or “Human Consciousness” that would help to dismantle notions of race, class and identity. Turner, too, understood the importance of economic freedom for the country’s black majority.

But none of this matters to modern-day populists like Trump, Malema, Ndlozi, Johnson, Putin or any other 21st Century little man with “big man” authoritarian tendencies.

Post-World War II (which saw the slaughter of 58 million in Europe) notions of human rights, dignity and freedom get in the way of the globe’s current corrupt political elite which is always in search of a scapegoat to deflect attention from their own shortcomings and selfish group ambitions.

For the record: there is a huge difference in being “anti-whiteness” and “anti-white”.

One is about a system of privilege, power and exclusion and the other about the colour of someone’s skin, a feature they cannot change or alter.

There is nothing progressive or revolutionary in this crude racist statement. It is intellectually impoverished and must be called out for what it is and what it represents.

Which is why Ndlozi’s casual throwaway line in May 2018 while hosting eNCA’s As It Happens that he was partaking in an “anti-white, anti-capitalist, anti-imperialist revolution in pursuit of economic freedom in our lifetime” warrants revisiting.

In fact, EFF Tshwane Region retweeted Ndlozi’s comments on 2 September 2019, adding the comment, “The difference between DA and ANC is that ANC is corrupt and arrogant. But both represent white monopoly capital” WHITE MONOPOLY CAPITAL EXISTS AND IS WELL ORGANISED”.

Of course, Ndlozi could not have known that exactly a year after his guest appearance on eNCA, Daily Maverick’s Scorpio investigative journalist, Pauli Van Wyk, would expose how the EFF and its various hangers-on benefited from the looting of pensioners’ and other moneys in the great VBS Bank Heist.

Ndlozi could not have known that the high-life EFF leaders enjoy, which includes vast and expensive quantities of White Monopoly Capitalist baubles, trinkets and labels, would be exposed in some trash the party’s leaders carelessly left outside a foreign-owned Camps Bay Villa they used to encamp in Cape Town.

As we have published elsewhere in Daily Maverick, the EFF appears to have ramped up its campaign of populist rhetoric and public violence and intimidation from around March 2018. It was always there, simmering, coiled and dangerous… but in 2018 it took off.

This was the moment when EFF Deputy President, Floyd Shivambu, beat up journalist Adrian de Kock, a matter still to be decided.

Since then the EFF have embarked on sporadic campaigns of public violence, trashing H&M stores and Vodacom outlets to make visible what is hidden in the language the party uses.

Then there were the vicious attacks on journalists, particularly women, including Daily Maverick’s Pauli van Wyk, Ferial Haffajee, this reporter, and veteran Karima Brown. The anti-Indian rhetoric for a while served the EFF’s interests as it targeted former minister of finance Pravin Gordhan and various other South Africans of Indian heritage.

As the depth of the party and its leaders’ involvement in alleged tax evasion and corruption emerged, so it ramped up its attacks – on the media, on journalists, on the judiciary, on opposition parties – everyone, actually.

In July 2019 Malema, at a press conference, said the party was “ready to take up arms”, forgetting that South Africa uses the ballot to allow citizens to express their democratic will. No one is stopping the EFF from participating in elections and in fact, they exist only because of the ballot.

“Anyone who comes and threatens this revolution will find us ready. Our constitution says we’ll do everything we can to take over this country. If need arises, we’ll take up arms. For the revolution, we do anything. If you are a member and you don’t like it, join ACDP.”

Malema’s comments are a violation of constitutional values in South Africa, but we just all let it slide.

Then in August 2019, delivering a speech on Women’s Day, Malema – after his on-again-off-again bestie, Public Protector Busisiwe Mkhwebane, had lost several court challenges – threatened that a “biased judiciary” would “force us into the bush, and we don’t want to go into the bush”.

(Of course, not unless there is a Louis Vuitton or Gucci outlet nearby).

We conclude with the words of a revolutionary, Rick Turner, from beyond the grave:

“We are born into a society, and we adopt its behaviours and values; we come to be the person that makes sense within that context. But at the same time, we are not doomed to accept the world-view we developed through our upbringing. We have the capacity to decide who we are, what values we believe and the structure of relationships that we want to be part of…”

For the floundering EFF, the ability to think, to decide, to reason, to debate, to convince, has been superseded by brute force, threats and intimidation. This is not because the party’s policies threaten South Africa, but rather their hypocrisy, corruption and exploitation of those who find themselves still at the margins of South African society. DM