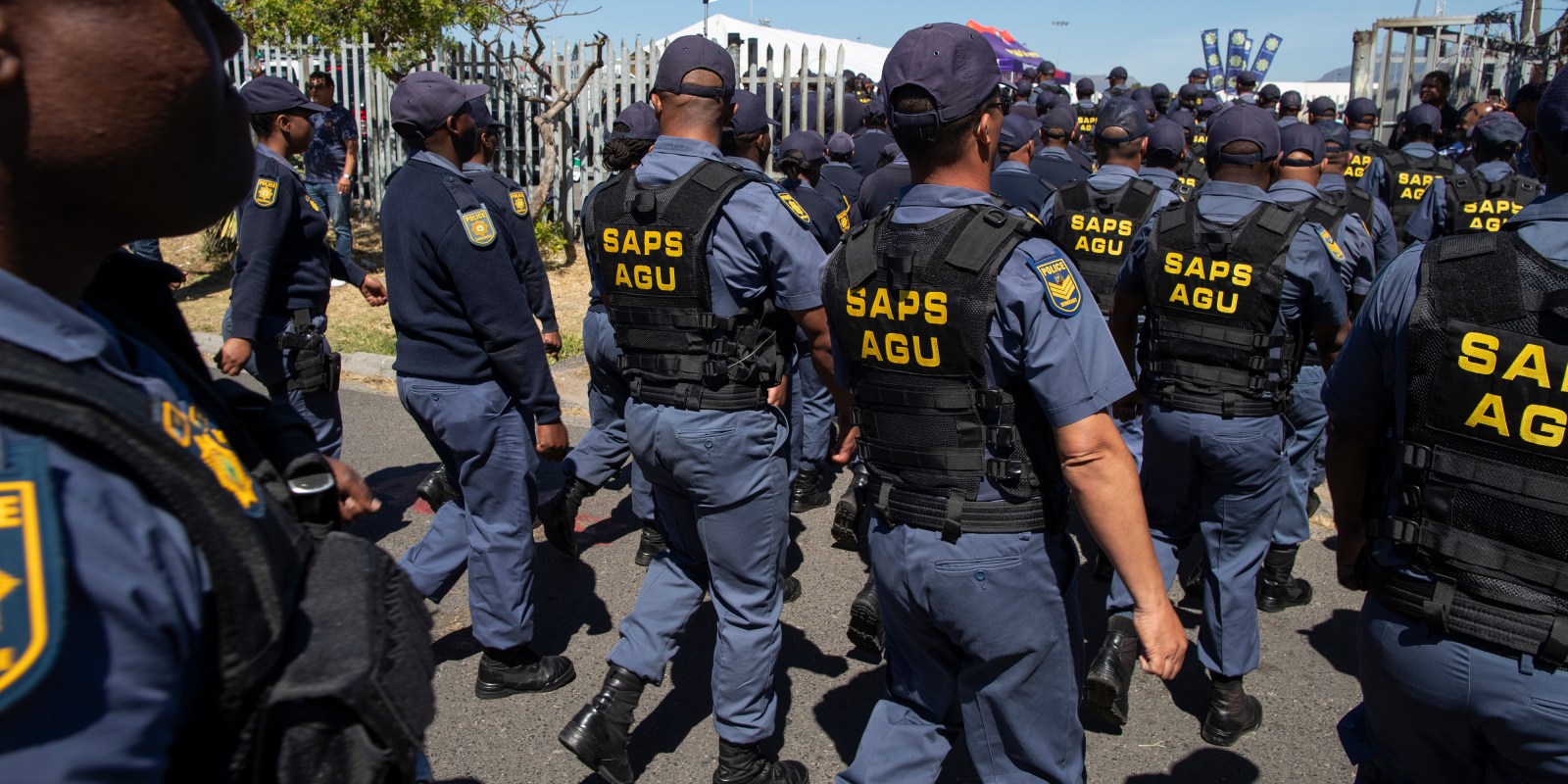 The Social Justice Coalition has handed over a memorandum to the provincial legislature demanding that Cape Town allocate more police resources to informal settlements.

On Friday, 14 June, the Social Justice Coalition (SJC) marched to the Western Cape provincial legislature after having spent Wednesday and Thursday protesting outside the provincial head office of the South African Police Service.

The protests were part of the SJC’s campaign to have more policing and better lighting in informal settlements.

Standing on the steps outside the provincial legislature, the SJC’s secretary-general, Axolile Notywala, told about 100 marchers, “This is the safest place to be in the Western Cape. We are tired of people dying in the places that we live in.”

“We’re here to protest [about] the crime in our communities. If someone is stabbed, they can die on the spot. We’re tired of that. We can’t sleep in our houses because they are breaking [into] our houses. Our children are getting robbed, our children are getting stabbed. It’s a mess there. We’re still living in fear. People are shooting each other every day,” said Thando Phoswe from Khayelitsha.

“The police [are] here to protect buildings. Yesterday, [at the SAPS provincial head office] there were more cops there to guard a building than there are in Khayelitsha,” said Notywala.

Western Cape Premier Alan Winde was not present to accept the memorandum. Notywala made it clear that they would not be satisfied with just handing over a memorandum, they wanted the premier to commit to a date to hold discussions with them.

The march was meant to end at 2pm, but marchers refused to disperse without at least speaking telephonically to the premier.

After a back and forth between Notywala and representatives from the provincial legislature, an email, which Notywala read out, was sent from the premier’s office acknowledging receipt of the memorandum.

The email concluded that the premier’s office “will revert with a way forward”.

“We want commitment, there’s no commitment [to meeting the demands of the memorandum],” said Notywala.

Eventually, at about 3.30 pm, Notywala received another email to “confirm that there will be a meeting on Tuesday at 11 am”.

Notywala assured marchers that after his meeting with the premier he would issue an update. DM