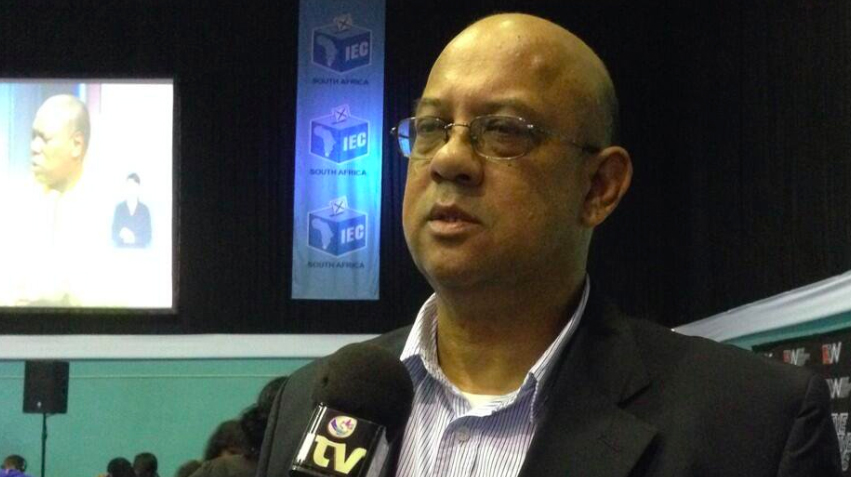 With three weeks to go before the 8 May 2019 elections and protests erupting across the Western Cape and other parts of the country, provincial electoral officer Courtney Sampson, who will oversee the voting of three million people, appealed to politicians to refrain from bullying, pushing around and screaming at voters.

“The most important thing for me is that the elections must be something that people believe in,” said Courtney Sampson, long-standing Western Cape provincial electoral officer of the Independent Electoral Commission (IEC).

Sampson is no stranger to elections and the voting process. He’s held his office in the Western Cape since the 1999 elections.

Daily Maverick caught up with Sampson in Durbanville, where an elections workshop was underway.

Comparing his experience from the 1994 and 1999 elections to the present, Sampson said:

“What is happening now is that political parties are campaigning on election day… what they do is straightforward campaigning and we don’t have a cooling-off period in South Africa.”

Sampson told Daily Maverick that changes should be made over this kind of activity, where political parties were almost “harassing” people on election day.

Harassment was taking place despite the Electoral Commission Act regulations stating clearly that voters “must not feel intimidated or inhibited … when proceeding to cast their votes in elections”.

Sampson noted a decline in the conduct of politicians through the years: “Election days have become a little bit chaotic and undignified, with political parties running all over the show — handing out stuff, and T-shirts and pamphlets and screaming at people over microphones. Elderly people feel anxious. They call us and say: Do they really have to go to those tables? Maybe 80%, or a high percentage of the time, the IEC is being a referee between political parties — whose music is the loudest and whose table is the closest to the entrance — that kind of nonsense,” said Sampson.

Political parties abuse their role on election day instead of making sure the electoral process is followed properly, said Sampson, who oversees the IEC’s operations at 1,578 voting stations in the Western Cape — involving more than 3.1 million voters, according to the latest IEC voter registration statistics.

The conversation shifts from logistical operations that are in place to ensure smooth-flowing elections on 8 May, to Sampson’s experience of elections in other countries, and how he would like to see things unfold here.

“I have seen and observed elections where there are no political parties on the streets on election day.”

“It’s the day of the voters — coming to vote as citizens of the country who will be happening to vote for different parties. I saw this in Mozambique, I saw this happening in Kyrgyzstan (a former Soviet republic) and in many other countries — that is how it is done,” said Sampson.

Sampson described his experience in Kyrgyzstan:

“That’s how it should be, that’s an election day for me — a day of dignity and a day where people’s rights are respected and the freedom to be able to access the voting station without being screamed and shouted at and pulled to one side and another.”

Regarding the recent service delivery protests in Khayelitsha and Lwandle in the Western Cape, Sampson says:

“The IEC does not have the capacity to deal with violent protests and that is the reason why the IEC meets on a regular basis with the security structures of the country and the province.

“So all of those people play a role and assist in holding it (the elections) together,” said Sampson.

His biggest desire for the upcoming polls?

Sampson was born in Paarl in the 1950s and during 1980 he was ordained as an Anglican priest, where he served in parishes in the Cape Flats suburbs of Hanover Park, Elsies River and Bonteheuwel. He holds two Masters degrees in Theology and sat on the council of Cape Peninsula Technikon and on the board of the Desmond Tutu Foundation. DM