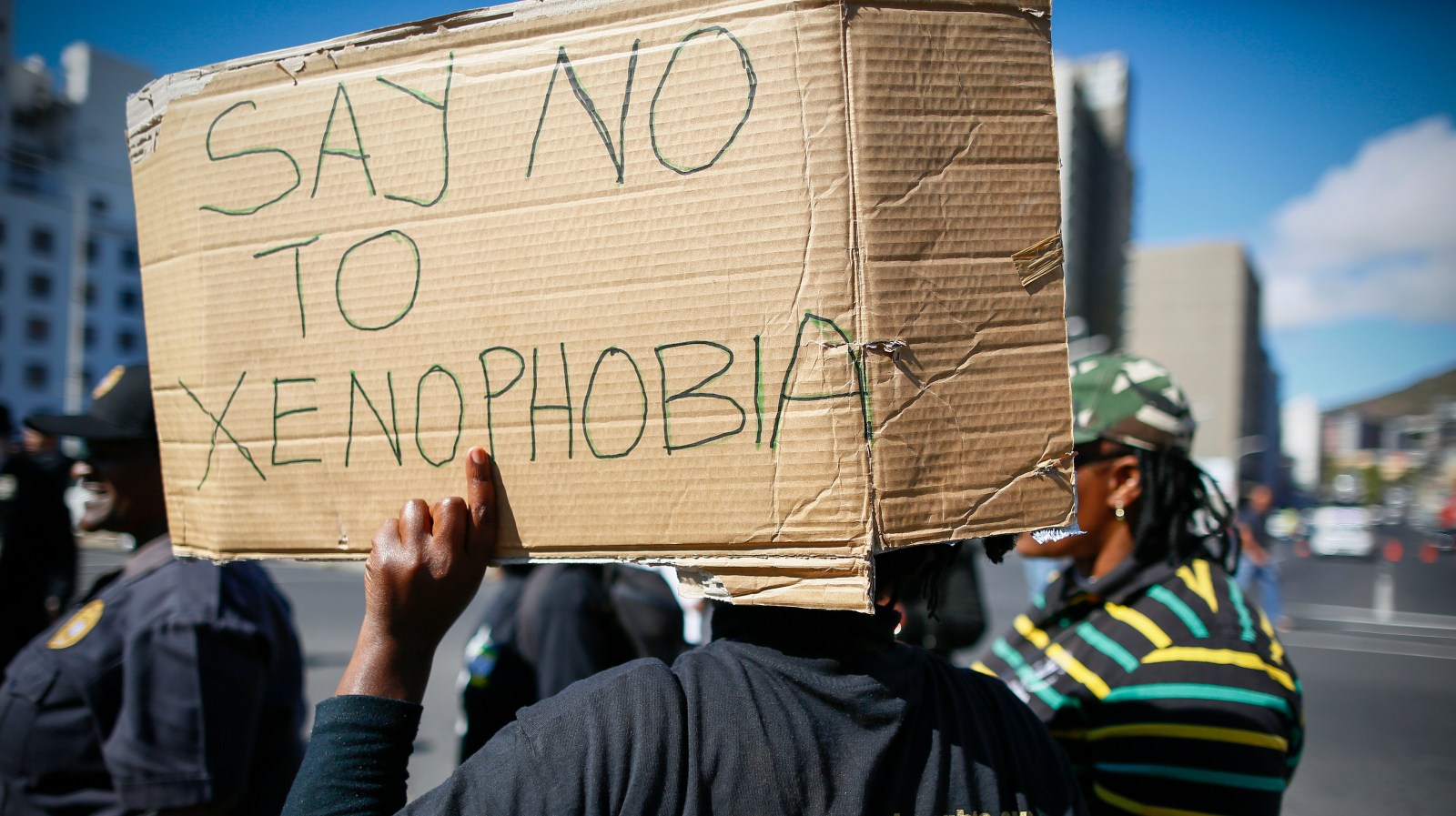 In 2015, a parliamentary committee was established to investigate the xenophobic attacks racking South Africa. After a seven-month process which included oversight visits to various provinces, public hearings, meetings and written submissions, the report was finalised. However, four years later the recommendations from the report have still not been implemented. Interest groups say that this method of ‘talk and no-action’ is doing little to tackle the issue of xenophobia, especially given the recent flare-up of attacks in the run-up to elections.

The Ad Hoc Joint Committee on Probing Violence against Foreign Nationals finalised and adopted its report in Parliament on 18 November 2015. Four years later, the recommendations put forth in the document have still not been implemented.

After its adoption, according to former co-chairperson of the committee and ANC MP Tekoetsile Motlashuping, the report was tabled before the National Assembly and the National Council of Provinces.

“The responsible departments were to (then) implement the recommendations of the report,” he said.

This was not the first time that Parliament had compiled a report looking into the matter of xenophobic violence. In 2008, a task team was established to probe the attacks which took place in Alexandra, Tembisa, Germiston and Reigerpark in Gauteng.

The 2015 committee considered the recommendations from the 2008 report in its deliberations.

In 2018, Parliament also held public hearings in Gauteng as part of a campaign dealing with migration and service delivery.

“What was the point of having hearings on the matter, if the initial recommendations from the 2015 report haven’t even been implemented,” said Marike Keller, the policy development and advocacy specialist from Sonke Gender Justice.

The non-profit organisation, which focuses on HIV/Aids, Gender Equality and Human Rights in African countries, was one of the 13 organisations and individuals who made written submissions to the ad hoc committee.

“The ongoing cycle of deliberations is quite disappointing,” she said.

In the run-up to the 8 May 2019 elections, xenophobic violence has reared its ugly head once more. In Durban, Malawian foreign nationals were attacked at Burnwood informal settlement in Sydenham on 26 March. In Alexandra township in Gauteng, local residents called on foreign nationals to “vacate the area” during a “shutdown” protest against crime and the growing number of shacks being erected in the township. Violence, over the years, has traditionally been concentrated in KwaZulu-Natal and Gauteng.

“I think in general, political parties tend to use an ‘anti-foreigner’ ticket when it comes to electioneering.

“It’s always very easy to use non-nationals as scapegoats for government or political parties’ own failings,” she continued.

Mark Heywood, the former executive director of Section27, agrees with this, saying South Africa is a “tinder-box” where xenophobic violence can be “set alight quite easily and quickly”.

“There’s a lot of desperation in our communities,” he said.

“I think that pre-elections is a time of heightened political tension generally. It’s also a time where poorer people will want to make clear what their demands are and want to be seen by politicians, and for their desperation and desperate situations to be seen.”

Section27 also put forth written submissions to the ad hoc committee under the banner of the People’s Coalition Against Xenophobia.

Heywood says locals turn their anger on foreign nationals because of a lack of social cohesion and efforts to explain that foreigners are not the issue.

“It’s possible to turn the focus on to something that isn’t the problem,” he said.

Keller says there are many myths circulating about the impact of foreign nationals on South Africa.

According to Heywood, “it’s the failure of the state in creating jobs in health and basic education (for example)” that is to blame.

In fact, Keller highlighted that having foreign nationals in the country can have a positive impact on the economy.

“For example, it’s not true that foreigners are taking all our jobs. Research shows that having non-nationals in the country boosts the economy and creates more jobs,” she said.

This is backed up by a study conducted by Raphael Chaskalson, a researcher in Economic History and Development Economics at the University of Oxford. The study suggests that foreign nationals often create “menial jobs” where they reside, as opposed to skilled labour.

“Things like that need to feed into the public narrative, to break down myths that are much easier to perpetuate,” she said.

Some of the final recommendations from the parliamentary committee report were that: