ANC at War: State Security vs the Public Protector vs Pillay, Gordhan and Oupa Magashula 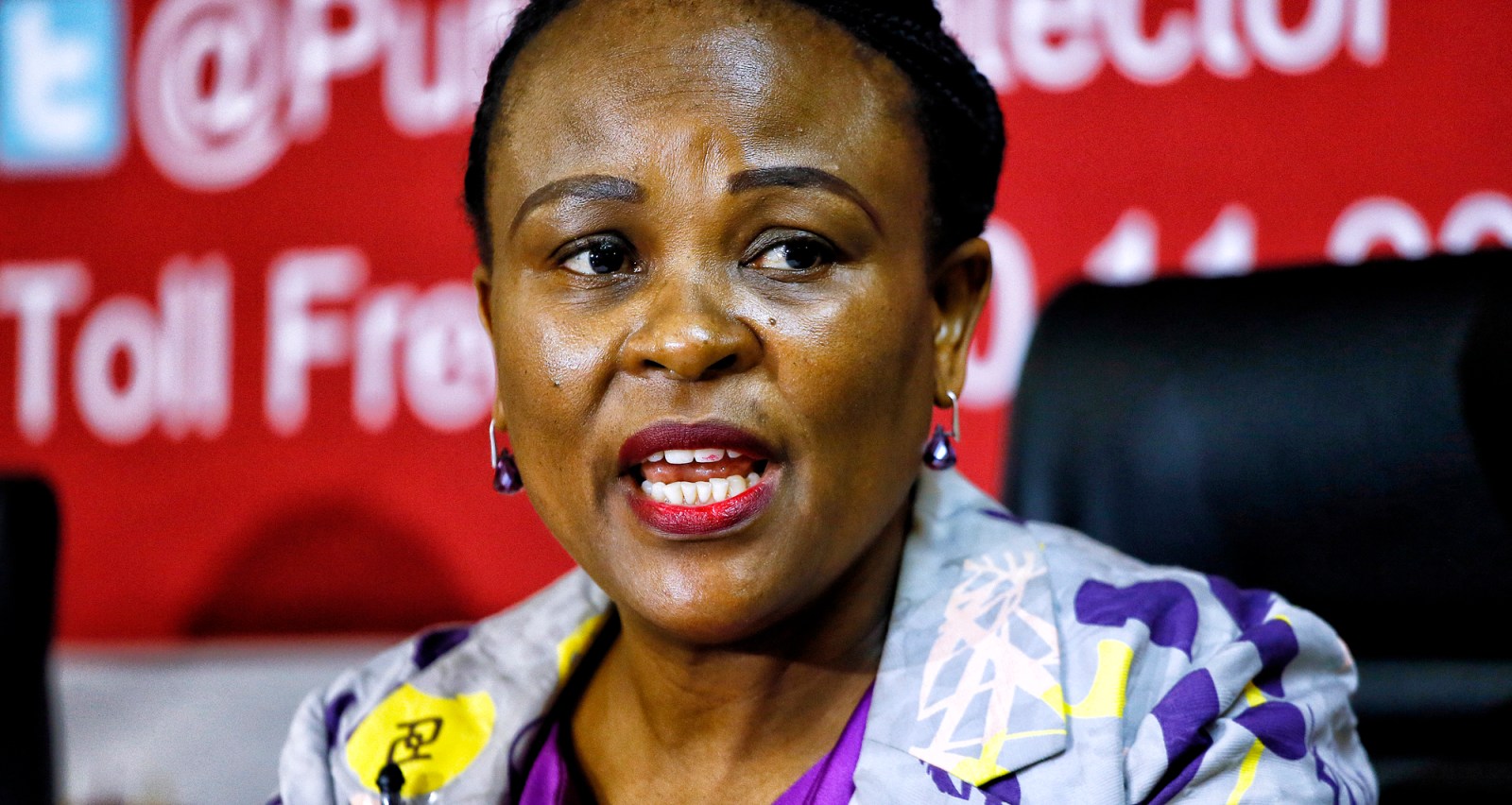 If you require a public manifestation of the behind-the-scenes chaos and the fightback that has been unleashed in the aftermath of the release by the Presidency of a damning report by the High-Level Review Panel on the State Security Agency (SSA), it is the current very public battle between the SSA and Public Protector, Busisiwe Mkhwebane.

While a criminal complaint lodged by the SSA against Mkhwebane has been bumped up to the Hawks for investigation, the Public Protector (PP) struck on Monday, subpoenaing former SARS Commissioner Oupa Magashula to reply to questions relating to an anonymous complaint lodged with the PP against Minister of Public Enterprises, Pravin Gordhan.

Just when that tired, flayed and 27 times flogged-to-death “SARS rogue unit” horse appeared to have been finally buried by Pravin Gordhan and Ivan Pillay’s testimony in June 2018 to the Nugent Commission of Inquiry, Mkhwebane has resurrected it like a congregant at Pastor Alph Lukau’s Alleluia Ministries.

Former SARS Commissioner, Oupa Magashula, confirmed to Daily Maverick that the Public Protector’s office has subpoenaed him to answer questions with regard to the “early retirement matter” of Deputy Commissioner, Ivan Pillay and Gordhan’s role in this.

The subpoena states that the inquiry by the PP relates to “The complaint of Anonymous against The Hon. Mr Pravin Gordhan MP (The Minister of Public Enterprises).”

“Yes I received the subpoena but I cannot comment on it at this point. I respect the office of the Public Protector and will present myself with my legal representative on the appointed day,” Magashula told Daily Maverick.

It is extraordinary that while Mkhwebane is pursuing Gordhan, the Hawks are investigating a criminal charge that the PP is illegally in possession of an IGI report, commissioned in 2014 by former Minister of State Security David Mahlobo.

Mahlobo, while he is not named in the scathing High-Level report released at the weekend, is heavily implicated in what the authors describe as an illegal, rogue, shadow state run on behalf of former president Jacob Zuma.

Mkhwebane had been eager to read the report and had attempted to obtain it officially from the current minister of State Security, Dipuo Letsatsi-Duba. When that failed, a copy was, rather unsurprisingly, leaked to Mkhwebane.

In June, the Nugent Commission heard evidence that questions had been raised over the alleged suppression of exculpatory evidence that cleared former SA Revenue Service (SARS) officials of wrongdoing in the Pillay 2011 early retirement payout matter.

Gordhan testified that he had taken extensive measures to ensure that the payout would be legal but had still been charged, alongside Pillay.

Then NPA head, Shaun Abrahams, had been later forced in 2016 to withdraw the charges when an exculpatory memo, authored in 2009 by SARS head of legal Vlok Symington, was located and included in the docket.

In June 2018, Judge Nugent said that SARS acting commissioner, Mark Kingon, had only become aware of the 2014 opinion in May 2018, a month before Pillay and Gordhan were due to provide evidence.

Pillay told the Nugent commission that he assumed that the documents had been added to his personnel file which had been kept in a safe in Tom Moyane’s office. The commission heard that shortly after Tom Moyane’s appointment in 2014, SARS had commissioned another legal opinion which had also cleared the Pillay payout.

In November 2018 Gordhan was subpoenaed by the PP to reply to questions in relation to Pillay’s retirement and reinstatement.

Gordhan’s legal team said it had contacted Mkhwebane in February 2018 requesting that her office provide “particulars and evidence of the alleged dishonesty and impropriety on the part of Minister Gordhan”. No such information had been forthcoming from the PP’s office.

It is clear Mkwebane, with the same tenacity once displayed by disgraced Hawks Head, Berning Ntlemeza, in relation to the same matter, has opted to make sure the SARS Rogue Unit Resurrection horse is saddled up right up until the endgame in this ugly ANC factional war.

The High-Level report has lifted the fog and the light has withered the shadows. The two sides are now out in the open. The battle is on. DM