Robert McBride’s Zondo Commission testimony could be a depth charge into the heart of collusion, corruption and State Capture 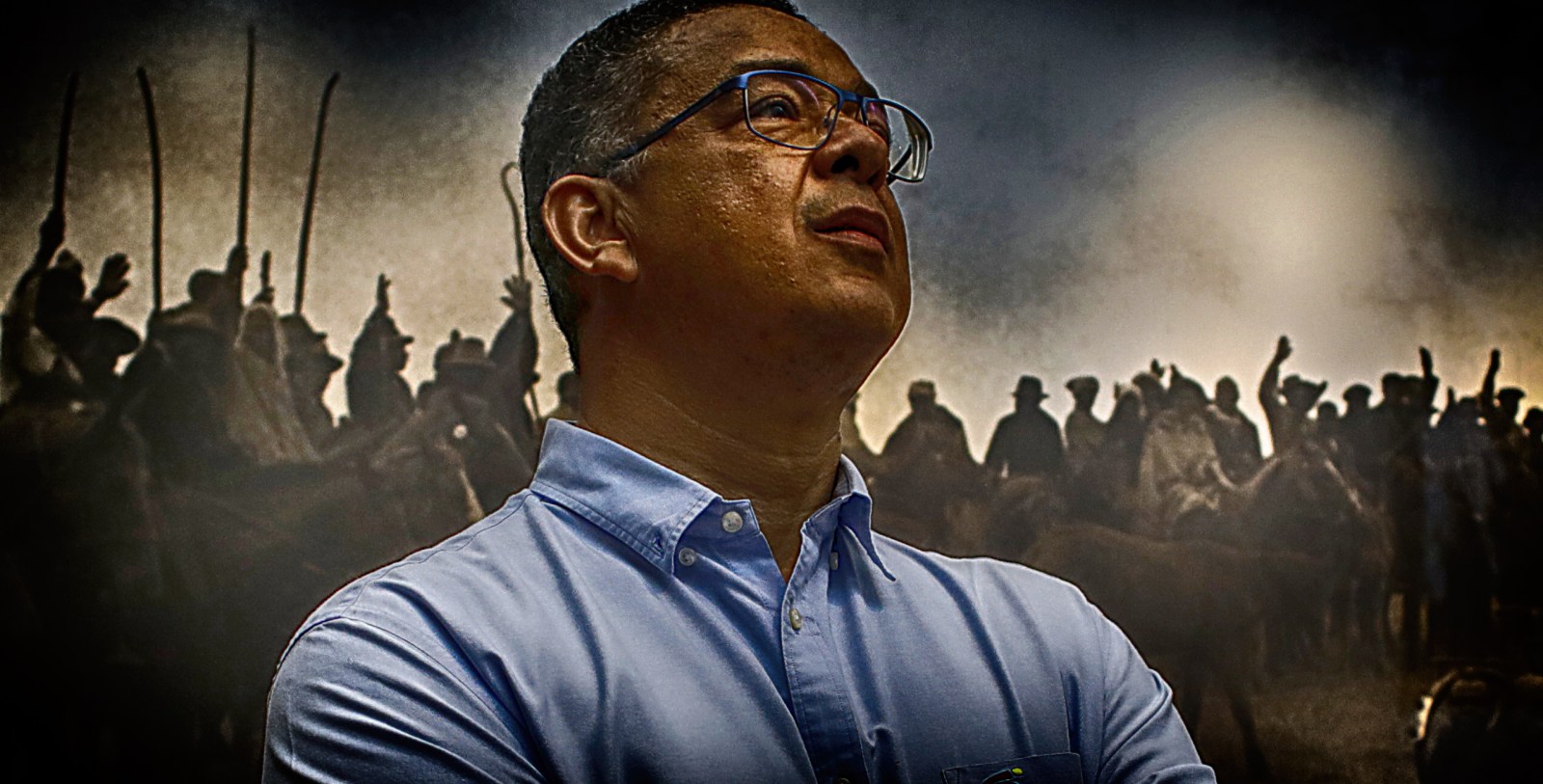 The corrosive effects of the State Capture project have been most acutely felt in the heaviest limbs in the criminal justice cluster – the DPCI, NPA, IPID, and SAPS. These are key institutions where dedicated officials have over the years been targeted, bullied, hounded and sidelined by colleagues, many of whom found themselves uncannily close – personally and politically – to former president Jacob Zuma. Oh, and then there are the alleged Russian assassination squads as well as rogue police units targeting their own members.

IPID head, Robert McBride, whose current five-year term of office is due to end on 28 February 2019, was set to make his submission to the Zondo Commission of Inquiry into State Capture on Friday 15 February, 2019.

However, McBride’s much-anticipated appearance was postponed on Friday to a later date in order to offer those he will be implicating – around 30 individuals, most of them high-ups – time to take it all in and respond.

While much of what might be contained in McBride’s evidence is in the public domain and has already been aired at a succession of Labour, High and Constitutional Court hearings, McBride is sure to set out, in detail, how SAPS, DPCI and IPID members, who were investigating politically-sensitive cases, were viewed as obstacles, and were relentlessly targeted and engineered out of office.

For many, including McBride, Anwa Dramat, former Hawks national head, and Shadrack Sibiya, former Gauteng Hawks head, this attack cost them their careers and has ended up lumping them personally with millions in legal fees, in Sibiya’s case at least.

The perpetrators, on the other hand, used a seemingly bottomless pit of state resources to settle scores through initiating investigative reports, bogus disciplinary hearings and dismissals.

McBride has found himself in the eye of two political storms in South Africa – once as an MK special operative in 1986 and now, in post-apartheid democratic South Africa, as the man tasked with cleaning up the putrid, corruption-riddled ranks of the South African Police Service and the Hawks.

In a country ranked as one of the most violent and crime-ridden in the world, SAPS has, for years, been bedevilled by a growing class of criminal officials who have risen steadily through the ranks and who have all but white-anted the institution. Many of these cops, coincidentally, like Richard Mdluli and Mthandazo Berning Ntlemeza, began their police careers early in apartheid South Africa.

Billions in irregular tenders have been awarded to dodgy suppliers, Crime Intelligence has allegedly been used for years as a political slush fund, and top SAPS brass has been fingered for fraternising with underworld gang figures – especially in the Western Cape.

In this world, McBride is a man feared and reviled in equal measure.

Considering the abuse and perversion of law enforcement agencies by the apartheid regime in order to pursue political objectives, this is one of the most important post-democratic pieces of legislation aimed at preventing a re-run of state repression.

But apart from the tangled web of deceit and corruption that has been spun in SAPS and the DPCI, McBride is also expected in his testimony to shed more light on his alarming claim that Russian-trained snipers and operatives (some of them women) formed part of local “death squads” that had operated during the Zuma presidency. According to the Moerane Commission, there have been at least 80 assassinations in KZN province since 2011.

These units, McBride has charged, have also been responsible for a series of mysterious break-ins, including the DPCI head offices in 2016.

Another rogue squad McBride exposed was that of General Jan Mabula of the North West SAPS and which had been summoned by former acting National Commissioner, Khomotso Phahlane, himself under investigation on charges of fraud and corruption by IPID.

The Mabula team was, according to court documents and the judgments, illegal and “rogue” as its establishment had not been sanctioned by the National Commissioner, Khehla Sitole.

IPID, under McBride’s leadership, is also investigating the hugely damaging (to the ANC at least) “I-View” cases in which CI allegedly attempted to procure a R45-million eavesdropping device from a supplier at an inflated price before the ANC’s Nasrec Conference in order to launder the money for votes. The attempt was thwarted by a whistle-blower in CI who is now subject of an internal disciplinary investigation.

McBride as well as the Inspector-General of Intelligence, Setlhomamaru Dintwe, are attempting to get SAPS and the DPCI to “declassify” documents with regard tot the “i-View” procurement cases and are locked in an ongoing battle in this regard.

McBride is a death row survivor (sentenced to death on terrorism charges for placing bombs in two bars in Durban in 1986) and has also survived numerous attempts at blackballing his reputation and his career.

Earlier in 2019, in January, current Minister of Police, Bheki Cele, wrote to McBride informing him that his term of office as IPID director would not be extended when it comes to an end in February.

McBride sought relief from the Pretoria High Court, saying it was unconstitutional for Cele to decide on this rather than Parliament’s police portfolio committee.

Cele was dealt a blow when both parties agreed on 12 February that the police portfolio committee, chaired by Francois Beukman, would make a decision by 28 February and that the matter would be urgently enrolled in the diary on 26 February.

McBride is expected to set out a modus operandi within IPID that appears to mirror that in other institutions where officials who were seen to be obstacles were sidelined or removed through the appointment of outside investigators. This was the case with KPMG and Hogan Lovells in SARS as well as Werksmans in the case of McBride, Gauteng Hawks head Shadrack Sibiya and National Hawks Head, Anwa Dramat.

The findings or recommendations in these investigations were used by superiors to justify the institution of often drawn-out disciplinary hearings or summary dismissals.

The Werksmans Report regarding the so-called “rendition case” was later leaked to Sunday Times journalists Stephan Hofstatter and Mzilikazi wa Afrika as well as the Sunday Independent’s Solly Maphumulo.

Authored by Advocate Sandile July, the Werksmans report provided alleged evidence against McBride as well as IPID head of Investigations Matthews Sesoko and Lead Investigator Innocent Kuba. McBride has, in High Court papers challenging his suspension, noted that the report was allegedly compiled from hearsay evidence.

McBride was appointed Executive Director of IPID on 3 March 2014 and almost immediately asked to be briefed on all high-profile cases.

It was one case, in particular, that would set the scene for the subsequent turbulence inside IPID.

What became known as the “Zimbabwe Rendition” case would lead to the illegal suspension of not only McBride but also Dramat and Sibiya. McBride is expected to set out how he had approached the Chair of the Police Committee, Francois Beukman, requesting that IPID be allowed to account to Parliament about the apparent “conflicting reports” with regard to the rendition matter.

Beukman, at the time, had rejected McBride’s overture, citing the “sub-judice” rule.

It is believed McBride will also set out how IPID members were approached by various officials, some in the office of Minister Nkosinathi Nhleko, to provide statements that allegedly falsely implicated McBride.

Kgamanyane immediately set about restructuring IPID and it is self-evident that McBride will unpack the ensuing effect of this as the acting head set about suspending eight senior managers while transferring many others, seen to be loyal to McBride, to remote areas.

Others, like Sesoko, Kuba, McBride and Dramat, were then criminally charged for fraud and defeating the ends of justice. These charges were later withdrawn.

Justice Zondo is bound to learn how the reputations and the careers of those targeted were ruined and that they had been ordered not to talk to or engage with their colleagues. Also how Kgamanyane allegedly restructured IPID, transferring staff to positions they were not qualified to occupy.

In October 2016 McBride was returned by the courts to his job as IPID head. Mysteriously, Kgamanyane never returned to work, refused to provide a hand-over report, and was shunted off by Nhleko to the DPCI under the wing of the illegally appointed then head, Mthandazo Ntlemeza.

McBride’s evidence to the Zondo Commission will no doubt also touch on the Phahlane investigation as well as how Crime Intelligence allegedly attempted to infiltrate IPID.

The NPA, with its then head, Shaun Abrahams, is also bound to be mentioned, as well as the role of at least five prosecutors who allegedly failed to prosecute suspects investigated by IPID. DM