How SITA was captured (Part One) 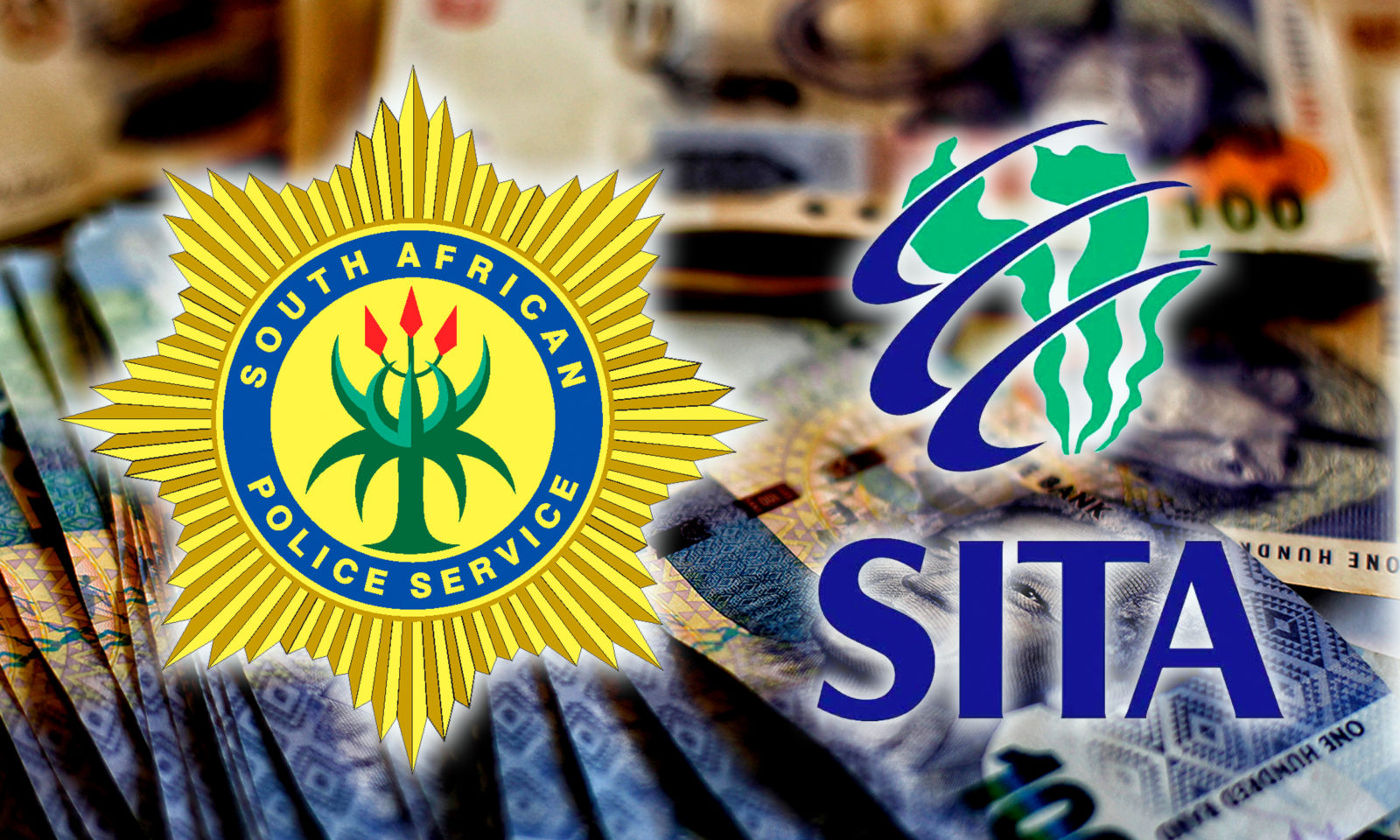 The Directorate for Priority Crimes Investigation (Hawks) has been handed a dossier for criminal investigation into the awarding of evergreen contracts worth billions of rand to sole suppliers by the State Information Technology Agency (SITA), including Keith Keating’s Forensic Data Analysts, over at least a decade. A massive investigation has unearthed a coterie of former SAPS employees, inside and outside SITA and SAPS, who facilitated large-scale alleged corruption totalling a shocking R6.1-billion.

In the six months since Parliament’s Standing Committee on Public Accounts (Scopa) began questioning senior SITA and SAPS officials with regard to billions of rand of potentially fraudulent payments to sole suppliers and amounting to R6.1-billion since at least 2000, the nature of the “heist” has been uncovered.

Two investigations, one by IPID and another appointed by Treasury and conducted by Bowmans, have shown how SITA employees, one of them a former policeman, Banie Venter, allegedly colluded with FDA employees (also former cops including Keith Keating), senior SAPS officials, a Brigadier Ansie Knight, and attorney Christoff Loch of Charle Rossouw Attorneys who also represented both FDA and SITA employees, to create a business case for SITA (as directed by FDA) for the purchase of essential, but hugely overpriced, services for the agency.

The suspects are all named in documents provided to Scopa.

Khomotso Phahlane was head of the SAPS Forensic Division before his appointment as acting National Commissioner. His wife was, until recently, and in spite of being a co-accused in the case, the Section Head of Hosting and Management in the Technology Management Services of SAPS.

In fact, when Keating attempted to hold the country to ransom on 4 April 2018, sending malware to disable the SAPS Firearm Permit System (FPS) as well as the Procurement and Exhibit Management (PCEM) system because an invoice had not been paid, it was Beauty Phahlane who attempted to flush out, in an email, exactly who had managed to disable Keating’s malware and switch the system back on; that move earned her a suspension.

SITA employees dealing with the FDA contracts – including Banie Venter, his wife Rachel Venter, and SITA colleague and business partner, Hennie Kleynhans – the investigation has revealed, allegedly purchased expensive vehicles without finance, a farm worth R2.6-million as well as cattle worth R200,000.

It has emerged that “sole supplier” documentation and certificates for FDA might have also been forged by SITA employees to enable the Rofin contract.

SITA CEO Dr Sethumo Mohapi and SAPS National Commissioner Khela Sithole have vowed to clean up the deep rot that enabled the brazen heist of the agency over a number of years.

A docket was handed to the Hawks in April 2018 for possible criminal investigation. IPID too is in the process of conducting a massive investigation of SAPS members implicated in the scheme.

In a submission to Scopa, Mohapi wrote that “the evidence is clear that FDA representatives had unlawfully and unprocedurally been part of the development of SITA’s business cases and the drawing up of specifications in respect of the Rofin contract”.

The Rofin contract ended up costing SITA R1.6-billion (including purchases by SAPS).

Circumstantial evidence, said Mohapi, also suggested that the central SITA employee (Venter) had entered into “large personal financial transactions soon after the SITA board approved the award of the FDA Rofin Contract award in 2014, facilitated by the same attorney (Loch) representing FDA at the time”.

It was also found that FDA Rofin contracts had been signed off over a number of years predominantly by the same SITA employee – Venter – (connected to FDA’s lawyer and FDA employees) based on a single line item stating the monthly maintenance fee.

“Using one example of a Nikon Camera, with the estimated value of a Nikon D700 camera at the time of the conclusion of the contract in 2014 being in the region of R10,000, Sita would have been able to purchase between seven and eight new cameras over the same period, for the cost of maintaining a single unit,” said Mohapi.

In this first part of Daily Maverick’s “how SITA/SAPS was captured dossier” we look at the nature of the contracts in dispute, how they came about, the cost to taxpayers and their current status after SITA had turned off the taps earlier in 2018.

Fifteen contracts with Keith Keating’s FDA – 13 with SAPS and two with SITA, are being investigated. The FDA contracts are for forensic supplies including the overpriced Rofin cameras contract, a Firearms Permit System (FPS), the SAPS Procurement and Exhibit Management (PCEM) software management system as well as SAPS Analytical Capabilities and Visualisation System (VA-AMIS).

The initial contract between SITA and FDA for the Rofin equipment was entered into in 2006 with an approximate value of R1.16-billion. The contract was for the “support and maintenance of forensic equipment – forensic light sources and cameras” and was awarded to Keith Keating’s FDA as a sole provider.

Preliminary indications are that the appropriate procurement processes had not been followed, that the sole provider status had not been verified in the market, that National Treasury had not approved the deviation and that the open market had not been tested.

“There is clear evidence that FDA overcharged the state considerably over alleged rendered services since December 2014. Furthermore, the evidence is clear that FDA representatives were unlawfully involved in the development of SITA’s business cases and the drawing up of specifications in respect of the Rofin contact,” SITA told Scopa.

There was also considerable evidence to suggest “a generally corrupt relationship between at least one SITA employee and FDA. Some SITA employees’ personal financial transactions are outside their financial means through ordinary salary, without any external business interests being declared by these employees”.

There were also strong suggestions that some of the documents central to the appointment of FDA on a sole provider basis “could have been forged” as they were generated on a computer belonging to a SITA employee.

The fallout of the investigation into the Rofin contract has seen the dismissal of three SITA supply chain management employees, the resignation of another during a disciplinary hearing, two further resignations on 29 March 2018 as well as another suspension on 1 April.

No further payments have been made by SITA to FDA.

The initial 2004/5 contract had been awarded by SAPS to a company called Waymark and in 2016 to FDA.

An SAPS submission to Scopa stated that it forked out R239-million but SITA has been unable to verify this cost as it “potentially covers the 10-year period between 2006 and 2016 when the contract was managed directly and completely by SAPS”.

The contract had been originally sourced in open bidding but sole provider renewals thereafter were not put out to tender.

“The FPS was initiated in 2006 to assist SAPS in complying with its obligations in terms of the Firearms Control Act, 60 of 2000. It enables SAPS inter alia to perform the critical functions of marking, identifying, issuing and tracking its firearms in a manner compliant with relevant legislative and regulatory requirements.”

The FPS also enables the storage of ballistics information.

This is the system FDA and Keating disabled on the night of 4 April 2018. SITA managed to disable malware Keating had sent on 9 April and the FPS is currently “up and enabled for use”.

The contract extension for R69-million has not been signed by SITA. A forensic investigation of this contract has indicated that the system did not offer value for money.

“There is a case to be answered including but not limited to potential acts of fraud on the part of various parties within SITA and FDA,” SITA found.

Legal opinion with regard to the status of a new Request for Information that has been advertised will be evaluated at the end of May.

This is an SAPS contract given to Unisys (which then subcontracted FDA) in an open bid for an approximate amount of R359-million.

SAPS operates four forensic laboratories which receive about 55,000 items of evidence monthly. This evidence ranges from firearms, clothing and DNA samples to confiscated drugs. These items are logged using the PCEM system and “accurately tracked throughout the process where it is assigned to an analyst and stored in safekeeping”.

The system assists in the absolutely crucial task of tracking the “chain of evidence” critical for the admissibility of exhibits and evidence in court.

The system also allows SAPS to collate and report internationally on drug analysis information of all drug-related crimes in South Africa.

On 4 April 2018 FDA switched off the PCEM system. SITA was able to restore the system on 9 April and it is currently enabled.

SITA and SAPS launched an urgent application after FDA had “switched off” the system which has resulted in FDA approaching the court with the claim that SITA and SAPS are using the system “illegally” due to non-payment of invoices.

One SITA employee was suspended on 29 March and another faces a disciplinary with regard to the PCEM contract.

SITA is currently in the process of developing a new application for PCEM in-house “in order to retain the relevant technical and Intellectual Property within the State and create transversal capability that could be used by other organs of the state”.

Brigadier Beauty Phahlane on 11 April, before her suspension, asked SITA employees to turn off the system again “but SITA has not complied since the instruction had not come from the National Commissioner”.

The contract entered into in 2000 (although it is not certain whether it is with SAPS or SITA) with FDA is worth R502-million and was given as a “sole source procurement and extension of contracts”.

Access to this system affords SAPS the capacity to link similarities and patterns in evidence gathered at different locations.

“Large volumes of information from disparate databases are analysed and the use of the VA-AMIS solution enables the SAPS to link different crimes to the same suspect(s). It is used primarily in high-priority investigations to undertake complex analysis.”

At present the contract ends on 31 May with SITA issuing a Request for Information (RFI) in an open market. Six companies have been shortlisted and are being vetted by the SSA.

A request for a three-year contract has been declined by Mohapi in May. Only a year was granted on condition that SITA technical personnel undertake a feasibility study on the competitive market.

“The study was completed in January 2018 and it indicated that other competitive products existed in the market,” Mohapi said.

A forensic investigation of this contract revealed that SITA employees failed to ensure “there was value for money in the procurement of the services” and that those employees who had recommended the renewal “did not perform proper due diligence”.

Two SITA employees were suspended on 29 March in connection with this contract.

Court papers were submitted by SITA in April to “secure the VA-AMIS” system; however, FDA has claimed that the agency and SAPS are using the system “illegally” and have not paid invoices.

SITA and SAPS have since asked their legal representative to prepare a summons against FDA “for overpayment of money relating to licences and support and maintenance”.

National Commissioner Sithole also requested a review of the system after FDA switched it off. DM

Hunger remains a crisis in SA, despite new survey numbers

Kathryn Cleary for Spotlight • 9 hours ago