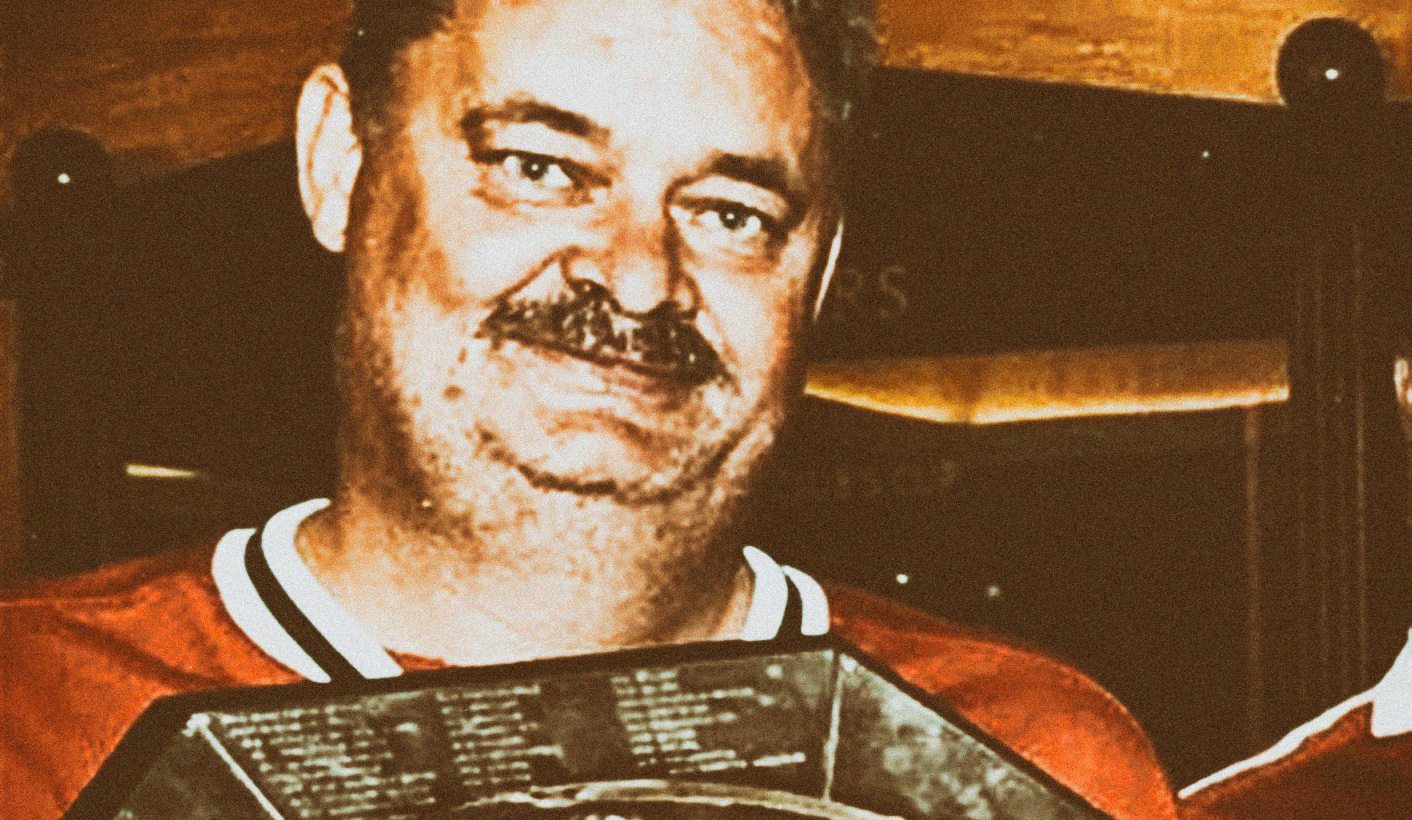 On Wednesday, Keith Keating, director of Forensic Data Analysts and the man at the centre of two massive investigations into alleged procurement irregularities involving SAPS and SITA, threatened to “collapse the criminal justice system” in South Africa unless he was paid by midnight. In February Scopa ordered SITA to cancel its contracts with FDA. A week ago IPID too recommended that SAPS terminate all contracts with Keating’s company. So far no one has been able to explain how one man, a former cop, has been allowed to act as a sole supplier for these “mission critical” systems. By MARIANNE THAMM.

Around 20:00 on Wednesday night Keating, who is also accused of bribing former acting National commissioner Khomotso Phahlane, sent out into the world an email, otherwise known as a ransom note.

“Urgent” was the headline, followed by: “To all public stakeholders and the media” and then “SAPS AND SITA SOC LIMITED INDIFFERENT TO IMMINENT COLLAPSE OF CRIMINAL JUSTICE SYSTEM”.

The caps were Keating’s.

Five paragraphs into the statement Keating strikes, threatening that:

“Wednesday, 4 April 2018, at midnight, use of and access to proprietary licensed software and ancillary support services in respect of PCEM (Property Control and Exhibit Management) and FPS (Firearm Permit System) will unfortunately be suspended by FDA, unless an appropriate agreement could be reached with SAPS before system shutdown. The minister, SAPS and other stakeholders have been duly warned about the risks involved, but have acquiesced regardless of the impacts.”

For this not to happen, Keating demanded that National Commissioner, General Khehla Sitole “or a competent delegate” had to “forthwith” meet urgently with FDA. The consequences, should Keating’s demands not be met, he warned, would be dire.

These included that police officials would not be able to check in and out of duty, that officers might be unable to lawfully possess or use firearms, that firearms and ammunition in possession of SAPS might not be accounted for during the suspension period, that police officials might not be able to access and manage evidence in the Forensic Science Laboratory, that the chain of custody millions of exhibits in the Forensic Science Laboratory might be broken, that the NPA might be unable to remove evidence to be used in court proceedings and that South Africa would be in breach of “certain international treaties involving Interpol and the United Nations”.

Keating’s company is the subject of two investigations, one by IPID with regard to charges of fraud, corruption and money laundering and another by Bowmans with regard to R6.1-billion of procurement contracts with SITA and SAPS which occurred between 2010 and 2017.

By midnight no one was able to confirm whether Keating had indeed tripped the switch, whether he might have done so and no one had noticed, or nothing significant had happened (there are allegations that some of the systems Keating sold to SITA are faulty) or whether SITA, in the end, may have coughed up.

Earlier in the evening, Naidoo had passed the buck, saying that FDA had a contract with SITA and that the matter should be discussed with the agency. Minister Cele’s office indicated he was “aware of the situation” and that “negotiations were under way”.

DA Scopa member, Tim Brauteseth, who has been at the forefront of exposing the alleged corruption in the FDA contracts with SAPS and SITA, told Daily Maverick that it had long been the party’s contention that FDA had entered into irregular contracts with the SAPS and SITA to supply IT infrastructure.

“The irregular nature of these contracts relates to the inability of either SITA or SAPS to adequately explain why sole supplier contracts were entered into with FDA for these systems. We are currently conducting a thorough investigation into these contracts and will expose the true details,” he said.

Brauteseth said he had also raised concerns relating to the ownership of PCEM and FPS which, despite expenditure of “hundreds of millions, still appear to reside with FDA”.

“This is borne out by the FDA warning that they will ‘switch off the systems’. How can it be that the SAPS and SITA spend a king’s ransom on systems and then allow the same supplier to be able to dangle a sword of Damocles over their heads?” asked Brauteseth.

He added that it was interesting, however, that the SAPS had shown an apparent lack of concern about FDA’s demands.

“Could this be because no FDA system controls SAPS members signing on and off duty? Or that the FPS system is not used by the ‘bobby on the beat’ and is easily replaced by a manual paper-based system? Or that the SAPS already have in place contingency plans to thwart the doomsday scenario predicted by FDA in relation to the PCEM system?”

During SCOPA’s last engagement with the NPA on 13 March, said Brauteseth, NDPP Shaun Abrahams had claimed to be unaware of the “supposed threat to the criminal justice system should FDA follow through with their proposed action. Abrahams went as far as to say that he had never heard of Keith Keating or FDA.”

Keating, in his statement, said that SITA had, on 31 October 2017, awarded a three-year contract to FDA with regard to the Firearm Permit System subject to the signing of an agreement.

In his ransom email Keating described his company as one which “supplies critical infrastructure systems and services to the South African Police Service (SAPS) and the State Information Technology Agency (SITA) SOC Limited.”

FDA had rendered services to SAPS in respect of PCEM without payment of any invoices issued by FDA during the period 1 December 2017 to 31 March 2018.

“FDA has informed SAPS and SITA that to continue providing critical services to SAPS, directly or through SITA, is unjustifiable and irresponsible in circumstances where payments are unlawfully withheld and where FDA will receive no payments in the foreseeable future. FDA has funded their operations and services to SAPS and SITA without receipt of any remuneration since December 2017.”

SAPS and SITA had, said Keating, unlawfully withheld payment for services rendered “seemingly for nefarious purposes” and had “reconciled themselves with the following imminent devastating effects resulting from their conduct”.

He said no official reasons had been provided by SAPS and SITA as to why FDA had not been paid “although a Senior Counsel opinion was made available to Parliament which indicated the duty to effect outstanding payments”.

Daily Maverick attempted to contact FDA after midnight to determine whether the criminal justice system had indeed been collapsed but received no response. DM