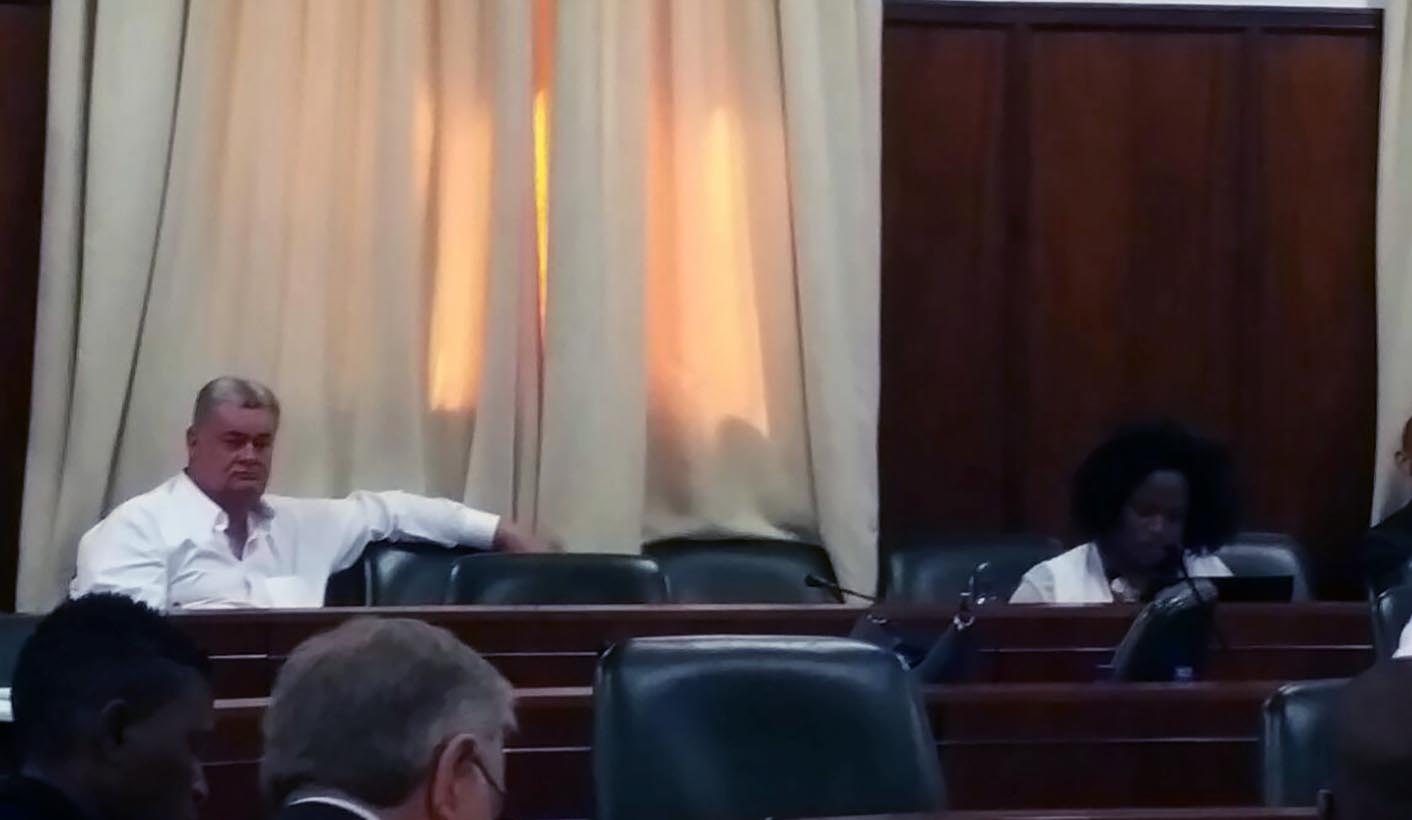 Less than a week after dramatic revelations during a SCOPA hearing of wide-scale alleged corruption and procurement irregularities in the South African Information and Technology Agency (SITA) and SAPS amounting to around R6.1 billion and involving businessman Keith Keating, IPID struck on Monday. At least seven homes belonging to former acting National Commissioner Khomotso Phahlane as well as family members implicated in receiving alleged kickbacks from Keating were raided. IPID investigators also swooped on Keating's home. By MARIANNE THAMM.

The “climax” that IPID director Robert McBride promised parliament’s Standing Committee on Public Accounts on 29 November would take place before the end of the year happened on Monday when the directorate raided at least seven homes belonging to former acting National Commissioner Khomotso Phahlane and his family members.

According to IPID, a stash of documents was found at Phahlane’s home allegedly proving that a case SAPS is investigating against McBride had been fabricated. IPID also confirmed that investigators also found unused SAPS tags worth R374 million hidden at a construction site.

The RFID (radio frequency identification) tags use electromagnetic fields to automatically identify and track tags attached to objects. The tags contain electronically stored information and can be used to track pharmaceuticals and vehicles.

A vehicle was also seized from Phahlane’s sister, Josephine’s home.

McBride, since his return to his position after his illegal suspension by former Minister of Police, Nathi Nhleko, as well as IPID investigators have been hounded by a posse of North West SAPS, lead by General Jan Mabula, and apparently at the behest of Phahlane. The courts subsequently requested SAPS to call off the North West team.

During the sensational 29 November SCOPA hearing where SITA and SAPS were due to make a presentation with regard to irregular expenditure, the DA’s Tim Brauteseth dropped a bombshell. He asked SAPS and SITA officials about an unauthorised trip in 2011 by SAPS Supply Chain Management officers to visit Old Trafford, the home of Manchester United, and apparently paid for by Keating. The trip came less than six months after one of Keating’s companies had secured a massive contract to supply cameras, torches and other forensic equipment via SITA to SAPS.

Newly appointed National Commissioner Kehla Sitole as well as SITA CEO Setumo Mohapi attended the SCOPA hearing and resolved at the end of it to root out the rot.

SITA itself has undertaken several internal as well as an external investigation and at least 57 employees have either been fired, are on suspension and facing disciplinary and criminal charges. Both Sithole and Mohapi said they viewed the allegations of widespread corruption and fraud as serious and a “security risk”.

Keating himself slipped into the SCOPA hearing where he positioned himself opposite the SAPS and SITA team. When his presence in the committee room was detected committee members were outraged at the brazen nature of Keating’s behaviour.

Mc Bride and IPID investigators also attended the SCOPA hearing where McBride informed the committee that the IPID investigation had reached a critical point and that it would climax by the end of the year.

“We are coming for Keith Keating,” McBride told the committee.

IPID head of investigations told SCOPA that there had been a “clear manipulation of the procurement system” in favour of Keating’s company Forensic Data Analysts. He added that there was a corrupt relationship between FDA and SAPS.

McBride said that the matter would be handed to the NPA but added that there were elements in the National Prosecuting Authority who were harassing IPID and attempting to thwart its investigations. DM

Photo: Businessman Keith Keating slipped in to the SCOPA hearing at parliament to observe proceedings on November 28. The DA then dropped bombshell revelations that implicated Keating. Photo: Marianne Thamm.