Freedom Front Plus could claim portion of DA vote among whites 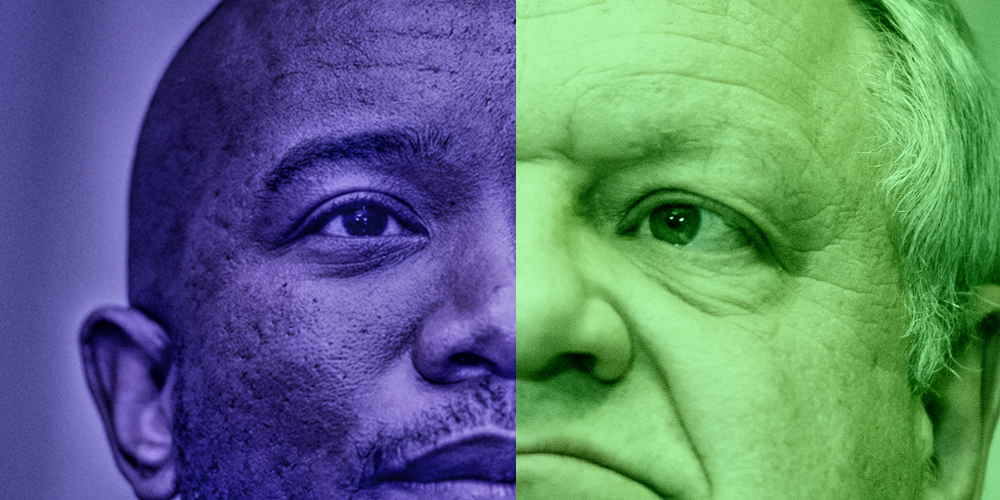 The Freedom Front Plus is often dismissed as a fringe party of Afrikaner separatists with no meaningful role to play in South African politics. In the run-up to the 2019 elections, however, analysts are beginning to speculate that the FF+ could see quite significant growth at the polls — in particular, from white voters disenchanted with the DA. Last week, the results of two by-elections gave an early — if small-scale — indication that this may indeed be the case.

White South Africans tend to be committed voters — accounting for about 10% of voter turnout, according to independent political analyst Dawie Scholtz.

That means that in the 2019 general election, up to 40 parliamentary seats could be in the hands of white voters. And while recent general elections have shown that this demographic votes overwhelmingly for the DA, there are some early signs that the DA shouldn’t be counting all its chickens in this regard just yet.

The results of two by-elections last week, in George and Kroonstad, should serve as a “very early red flag” to the DA that some of its white voters are defecting to the FF+, says Scholtz.

A by-election held in George saw the DA lose 11% of its previous support while the FF+ gained 9%. In a Kroonstad by-election, meanwhile, Scholtz says that if the results are disaggregated to look at white voters only, the DA lost 8% and the FF+ gained 26%.

It’s important to note that in both cases, the DA nonetheless won convincing overall majorities at the polls. But Scholtz says the results are worth looking at because they are some of the first available recent polls in which the DA and the FF+ have gone head to head.

“The general trend in suburban by-elections is not bad for the DA, but smaller parties often don’t compete,” Scholtz told Daily Maverick.

In response to Scholtz’s tweets on the subject last week, FF+ MP Wouter Wessels pointed out that the party had seen significant gains in two other recent by-elections. The FF+ increased its vote share in a Metsimaholo by-election by 35%, with growth of 73% in a ward in Parys. In the same Parys by-election, DA support dropped by 48% and ANC support by 45%.

Analyst Wayne Sussman pointed out in Daily Maverick last week, meanwhile, that the George by-election is the second in the area in 2018 where the DA has been “dented” by the FF+.

These results provide tentative substantiation for the theory that, come the 2019 elections, the FF+ may pick up votes from (predominantly) white South Africans who have previously voted DA, but have recently grown disenchanted with the party.

DA spokesperson Solly Malatsi dismisses the idea that the party has anything to fear from the FF+ in 2019.

“We are not vulnerable with regards to losing existing votes,” Malatsi told Daily Maverick.

“We are confident that more and more South Africans are uniting behind our offer of change that will build One South Africa for all.”

But Scholtz points out that the by-election results are not the only indicators that white support for the DA is not set in stone.

“Two polls [from Ipsos and Afrobarometer] have picked up that a large number of white voters are undecided,” says Scholtz.

“The majority will drift back to the DA, as they usually do. But the question is, how many?”

Party leader Pieter Groenewald told Daily Maverick that the FF+ is anticipating major growth at the 2019 polls, much of it at the expense of the DA.

“We experience at our different offices that there are many people coming to us who say openly: ‘We voted for DA, but now we are going to vote for FF+’.”

Groenewald attributes such defections to a number of factors. DA infighting is one, but he suggests another is a perception among white voters that the DA is not truly committed to protecting their interests.

“[DA leader Mmusi] Maimane has made quite a lot of statements referring to white privilege,” says Groenewald. “[The tone is] not too far away from blaming white people for why people are poor, and people are picking that up.”

Groenewald also believes that some voters are attracted to the unambiguous opposition to land expropriation without compensation from the FF+.

“When it comes to expropriation without compensation, the FF+ has the strong message standing up in Parliament,” he says.

“People say the DA is trying to play it both ways — it’s trying to attract black voters so it can’t come out too hard against expropriation without compensation.”

The FF+ campaigns openly on a platform of protecting Afrikaner rights. Its policy manifesto calls for the establishment of a national Afrikaner Council as a government structure, which would be responsible for the administration of “each and every Afrikaans school, old-age home, sports club and heritage site” unless such bodies choose to remain under the administration of the current government.

It also calls for the establishment of a “10th province” — the region between the Orange River and the West Coast — as a “cultural home for Afrikaans-speaking people”.

Groenewald confirms that the party’s primary mission is still “self-determination” for Afrikaners, but he claims that the FF+ is increasingly attractive to both English-speaking white South Africans and brown South Africans.

“It’s because we are minorities, and if you look at the governing party and the EFF, they continually blame white people and people are fed up,” he says.

“When it comes to brown people, people say: ‘we are also victims of affirmative action’. They also feel marginalised by the governing party, and we are the only party protecting minority rights.”

The FF+ has no aspirations for itself as a “government-in-waiting”, to use the EFF term.

“A political party that fights for the rights of a specific group does not have to prove that it has the support of the majority of voters in the country. What it does, however, need to prove is that it has enough support among those that it represents for the party to be taken seriously.”

When it comes to the 2019 elections, Groenewald is thinking big.

“I’m asking people for a million votes,” he says.