Magashule will fight to the bitter end, Zuma too 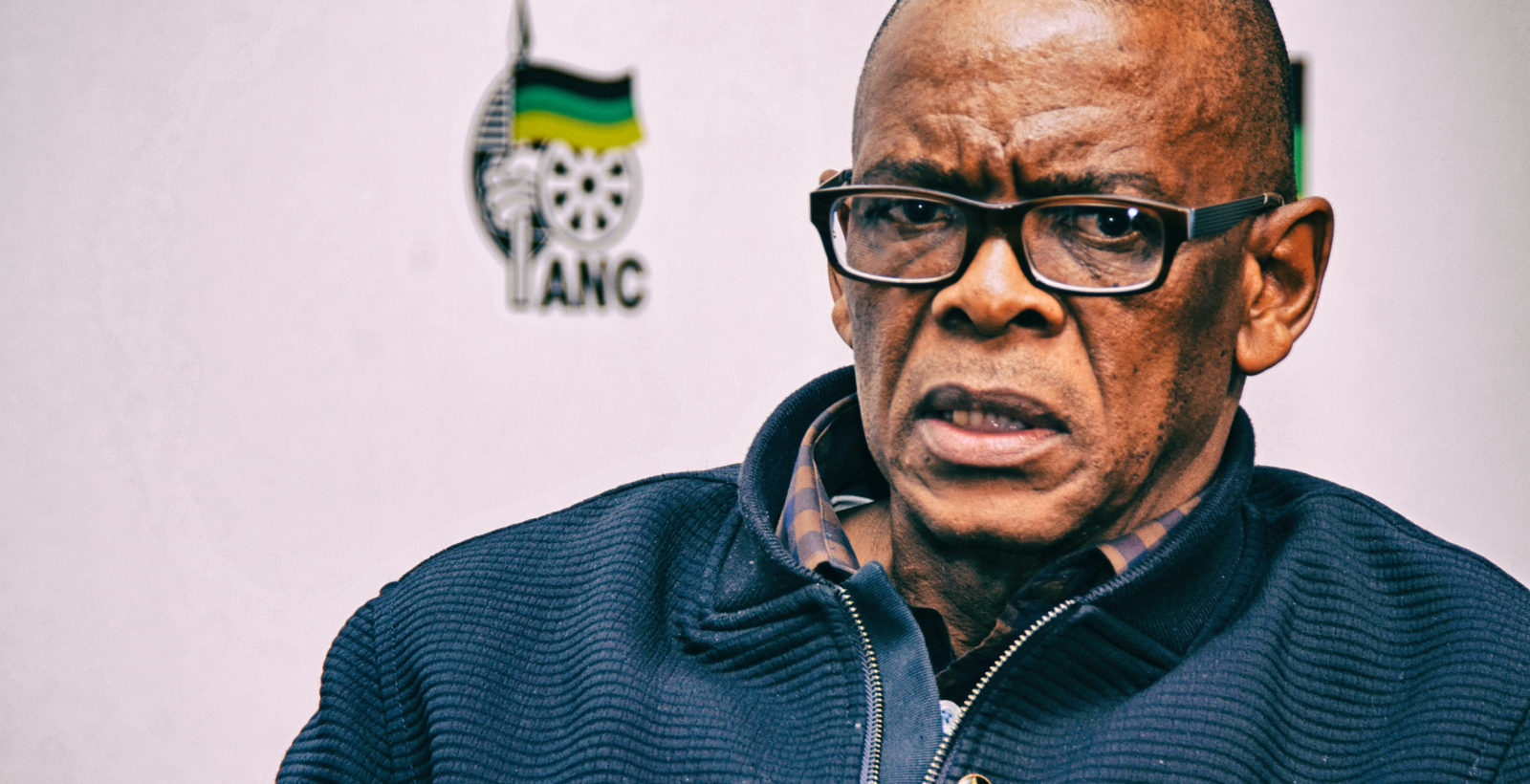 It is now becoming clear that those aligned to ANC Secretary-General Ace Magashule and former President Zuma are not going to give up their positions and power without a massive and increasingly desperate fight. While it may be the case that President Cyril Ramaphosa is still on the offensive and has certain tools with which he could perhaps weaken their faction, it is becoming clear that there is no easy or quick end to this political contestation. In fact, it now appears more likely that for various reasons Magashule will have no choice but to fight to the political death, because of his alleged criminal activity in the past. The question then may well be how long this will continue and what damage this escalating battle will do to the ANC. That, and the impact this massive schism could have on the 2019 elections.

Last week Ramaphosa told Cosatu’s congress, with ANC Secretary-General Ace Magashule in the front seat, that, “If they (presumably Magashule and others) are working to divide the ANC, tell us what your agenda is, we cannot accept this”. Along with the other comments he made directed towards Magashule and his now proven meeting with Zuma, it was an incredibly direct attack on that faction.

He also said that “there is no ANC leadership which I am part of that is going to stop me and many others from meeting President Jacob Zuma”. Yes, he used the word “President” again, without including the word “former”. He then went on to say that he was quite happy to go to the Zondo Commission investigating State Capture to explain what he knows.

Much of what Magashule said on Friday is straight out of the Zuma playbook. There is the claim that Ramaphosa is almost the agent of white people, a rather crude racialisation of what is a political dispute within the ANC. This is exactly what one would expect from the man who helped ensure that both Mosebenzi Zwane and Des van Rooyen entered the national Cabinet while allegedly in service of the Guptas.

It is also fascinating that Magashule would suggest he could go to the Zondo Commission. (Once again, one of the defining political quotes of our time, Bathabile Dlamini’s “smallanyana skeletons”, comes back to the ANC.) It seems difficult to know exactly how much damage Magashule could do; in other words, what skeletons he could be aware of. He himself also would have a credibility problem: as it is likely that he will eventually be implicated in corruption, it could look like he was simply making certain claims to protect himself. It also appears, on what is out there at the moment, uncertain what exactly Ramaphosa could be accused of. However, there are plenty of people around the president who could sweat a bit. Current ANC Chair Gwede Mantashe, who was secretary-general during the era of State Capture, appears to have something to explain about his conduct through all of this; there are likely to be many others too.

In other words, Magashule could be suggesting that he could not necessarily damage Ramaphosa personally (although it is impossible to know for sure) but that he could certainly weaken his position. This would also, of course, hugely damage the ANC. One of the problems that a political solution such as a commission of inquiry can create is that it can gain momentum, and be unable to control politically. Imagine if all of this were to happen just before the elections, for example.

This then brings us to the question of why Magashule is behaving like this. It is surely damaging to the ANC for the secretary-general to respond to the president in the way the erstwhile absolute ruler of Free State chose to. Magashule, Zuma, and the rest of their motley crew must know that by weakening the ANC they increase the possibility of the venerable movement losing power, forever.

But it may be that Magashule, and those around him, simply have not much choice, and space for manoeuvre. What they did during the era of State Capture looks a lot like it was criminal. As Ramaphosa becomes more and more politically assertive, and as the police and criminal justice machinery becomes more independent (the Hawks has a head who is almost universally respected, and Ramaphosa is still to appoint a new head of the National Prosecuting Authority), so Magashule, and Zuma, have more to fear. It is obvious that they have cases to answer. Zuma is already facing criminal charges; it appears that it may be only a matter of time before Magashule does as well.

This then may also explain the latest Sunday Times instalment in this. On Sunday it reported that Zuma had been to Doha, where he met with the Emir of Qatar, Sheikh Tamim bin Hamad al-Thani. While it is obviously not known why he was there, it is surely unusual for a former head of state to pay such a visit to a current head of state without telling his own (former) government, as is reported here.

It is well-known that Qatar has money, and plenty of it, and is looking around for allies at the moment after being effectively blockaded by its four neighbours. One of the people believed to have arranged Zuma’s Doha visit is Gayton Mckenzie. He also allegedly accompanied Zuma to Russia in hope of being involved in a massive gas deal. One of the members of the political party he founded, the Patriotic Alliance, Leanne Williams, was allegedly nearly appointed National Police Commissioner.

While one should be careful to over-speculate in a situation like this, it seems unlikely that Zuma and McKenzie arranged this trip with the sole purpose of improving Ramaphosa’s health, political or otherwise. It is also likely to be claimed that Zuma was really looking for resources, money, to continue his fightback against Ramaphosa.

If any of this is true, it is hard to see how this is not Zuma and Magashule asking a foreign country to intervene in our domestic politics, despite their public and repeated claims that it is other people who are acting for foreign interests. This could also be an indication of how desperate they are. As due process grinds on, their space/time will shrink at an alarming rate. They may feel they have to do something now, before they end up in court/jail.

However, it should not be forgotten that Ramaphosa’s space is also limited. He does not have the power to fire Magashule, and the ANC’s national executive committee cannot do it either, as the secretary-general was elected at the elective conference. But what he can do is create a situation in which some form of disciplinary action is instituted. But even then, these processes can take a very long time (anyone remember the political aeon it took to expel Julius Malema?). And the panel itself is not necessarily friendly towards Ramaphosa; he can hope to neutralise Magashule through creating a situation in which he has no choice but to resign.

It seems likely that both sides have much to lose. Of the two, Magashule is likely to be a more desperate one, because he may feel he is fighting simply to stay a free man. This suggests that the most likely outcome of the current standoff is a long-running period of political contestation, likely to weaken the ANC as a result. DM