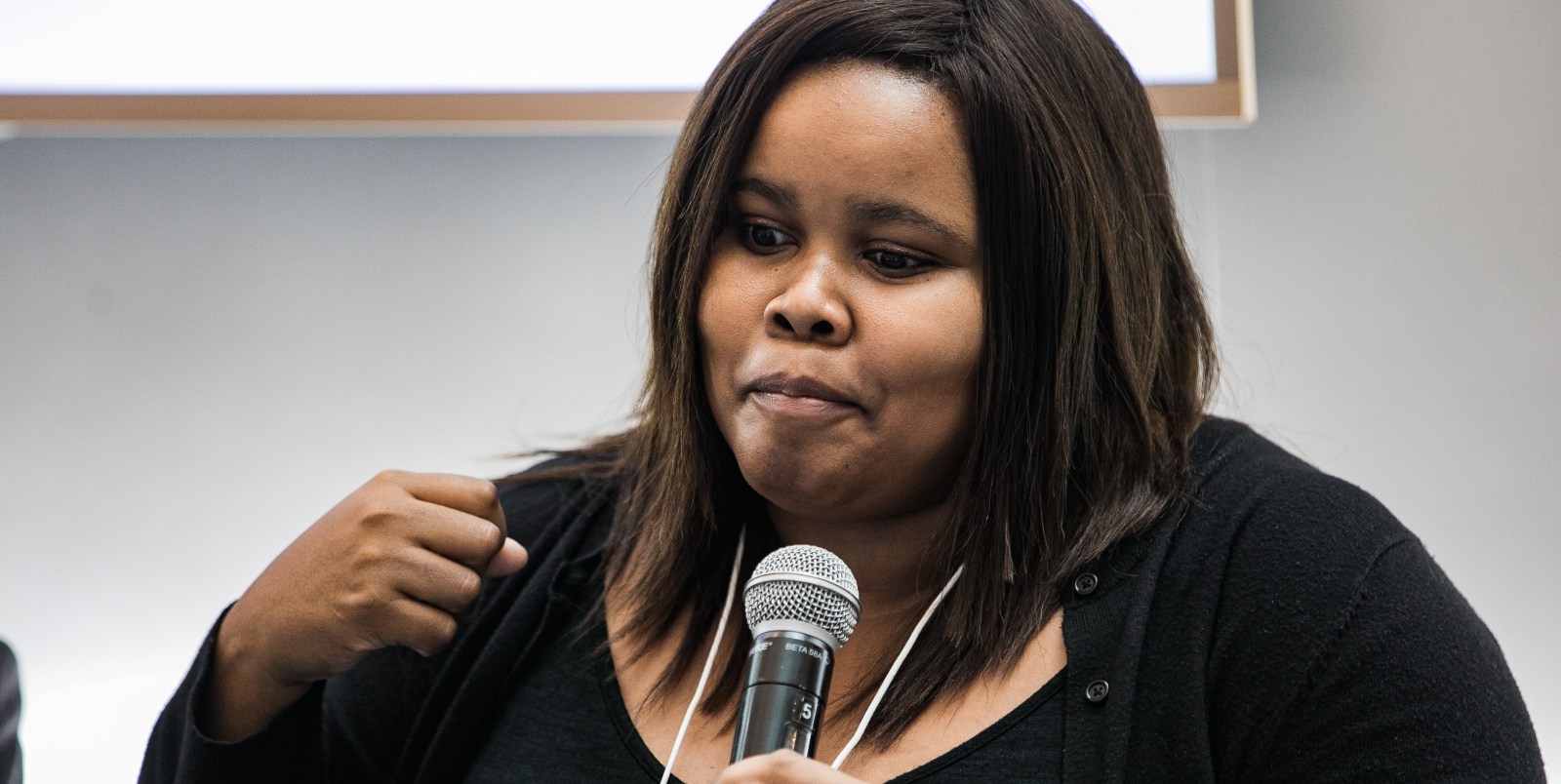 Lindiwe Mazibuko, Leader of the Opposition, Parliament of South Africa (2011-2014) during the Session: "In Digital We Trust" at the World Economic Forum - Annual Meeting of the New Champions in Dalian, People's Republic of China 2017. Copyright by World Economic Forum / Jakob Polacsek

Former DA parliamentary leader Lindiwe Mazibuko made no secret of her disenchantment with the current South African political scene when addressing the Cape Town Press Club on Tuesday evening. Gearing up to launch her new political academy’s first programme, Mazibuko shared her thoughts on electoral problems, revealed who she would vote for if an election were called tomorrow – and expressed confusion at the DA’s handling of the Patricia de Lille saga.

It may seem from a number of recent appearances that Lindiwe Mazibuko is back on the local political scene – but in reality, she aims to subvert it.

Addressing the Cape Town Press Club on Tuesday, Mazibuko hit out at a system where ordinary South Africans find themselves “at the mercy of political parties”, forced to cast votes for “the wrong people” as a result of the electoral system.

The fact that the only breeding grounds for public servants currently are political parties themselves, said Mazibuko, is far from ideal.

She believes political parties are “fundamentally unsuited” to the task of producing truly committed and principled leaders, because they are incentivised to reward the members who display the most loyalty to the party – rather than those who are best suited to providing ethical service to the wider society.

“We need to have an earnest determination about whether political parties are the only place from which political leaders can stem,” Mazibuko said.

It is with this in mind that she has co-founded an outfit called the Apolitical Academy, alongside Swedish financier Daniel Sachs.

The Apolitical Academy will launch its first programme for South African women and men aged between 20 and 40 in October 2018, training them in aspects of political life from media management to leadership ethics.

The idea is to help individuals in spheres outside party politics – such as civil society – run for political office on the basis of proven track records in leadership and social justice rather than simply party membership.

“What we need now are targeted initiatives to build the next generation of ethical public servants,” Mazibuko argued.

The former DA parliamentary leader believes that South Africa’s current political system places far too much power in the hands of political party leaders, and in the president of the country particularly.

Mazibuko stressed that she shared the relief of many South Africans at the victory of Cyril Ramaphosa at the ANC’s electoral conference, but asked:

She said that she had “enormous and terrifying” questions about the fitness of Mabuza to hold high office.

Pictures of Mazibuko attending ANC functions have recently sparked speculation that she is cosying up to the ruling party, but she took the opportunity to set the record straight in this regard.

“I’m not joining the ANC,” she said, explaining that she was liaising with political parties and organisations across the spectrum to arrange support for the graduates of her academy.

Neither is Mazibuko currently a paid-up DA member – and she doesn’t plan to renew her membership, because her Apolitical Academy is “non-partisan”.

If a general election was held tomorrow, however, Mazibuko said that she would be likely to vote DA – for now.

“My support is not forever. My blood is not blue,” she said, and then laughingly elaborated: “My blood is blue until it’s exposed to oxygen, and then it’s red. Science, guys!”

The notion that one must pick a political party and stick with it for life is another of Mazibuko’s current bugbears.

Asked for her views on a recent IPSOS poll suggesting that the DA could be facing a dramatic loss of support in the Western Cape in the 2019 elections, Mazibuko said its significance was probably overstated.

“People have been predicting the death of the DA for years,” she said.

While not ruling out the possibility that the DA could see a drop at the polls, she pointed out that the party has “gone backwards” before and nonetheless prevailed as the official opposition.

At another recent public appearance, Mazibuko was explicit in her criticism of former DA leader Helen Zille, but on this occasion she would not be drawn into public mudslinging – commenting that the situation inevitably devolves into a “back and forth”.

Asked by Daily Maverick for her views on the DA’s handling of the Patricia de Lille saga, however, Mazibuko made her disapproval clear.

“I would like to know what the Patricia de Lille issue is,” Mazibuko said, imploring someone to “explain it to me in simple terms”.

She continued: “I smell a rat.”

Mazibuko said that it appeared that much of the criticism of De Lille came down to the Cape Town mayor being an “uppity woman of colour”, and that she had never witnessed a man in politics receive the same kind of heat about his management style.

It was on the topic of women in politics that Mazibuko displayed the most passion, speaking on the eve of nationwide protests led by gender activists.

“Politics is vile to women, vile,” she said, suggesting that the media needed to engage in serious introspection about its “base and dispiriting discourse around women in politics”.

As an unmarried woman without children, Mazibuko said that she was nonetheless constantly quizzed by how she balanced “work and family”, or “work and my personal life” – questions she said that her male counterparts rarely encountered.

She urged women not to feel ashamed of seeking political power, or being openly ambitious – but made it clear that she herself has no current aspirations of that nature.

To return to party politics at the moment, Mazibuko said, would be to “feel miserable about the status quo”. Instead, she wants to change it. DM