Mazibuko on Zille and Maimane: ‘She did it to me and she’s doing it again’ 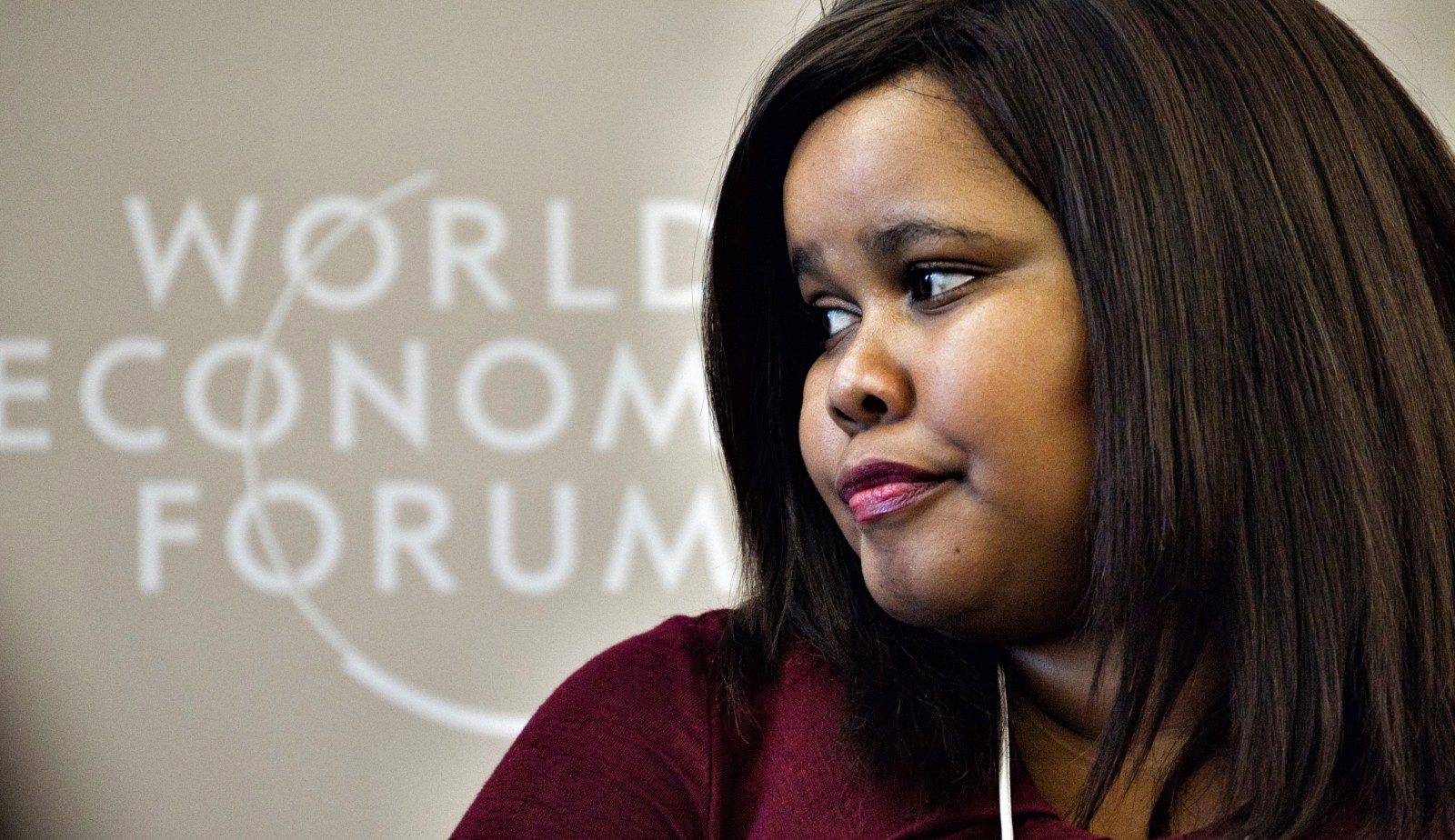 Could the Democratic Alliance nurture young leaders with former party leader Helen Zille hanging in there? Lindiwe Mazibuko would know, because it happened with her, and she says it’s happening again.

It was unambiguous and it was a bombshell amid speeches that veered more towards self-affirming, pretty-looking power talk. Former DA Parliamentary leader Lindiwe Mazibuko, now 38, dressed simply and powerfully in a black dress and black shoes, told how Helen Zille, the one woman she felt should have supported her, let her down, even undermined her. At the same time, there were many older women outside the party who supported her even though they weren’t obliged to.

Mazibuko was parliamentary leader for the DA from 2011 to 2014 and worked closely with Zille, who was national leader at the time and handed over to Maimane in 2015.

Mazibuko is back on the national stage with a bang after spending some years studying. She recently co-founded the Apolitical Academy, which will focus on young, aspiring politicians in southern Africa, and she’s now commuting between Johannesburg and London for it. In the process of marketing this academy in the past month, Mazibuko has had harsh criticism for Zille, among other things saying she felt it necessary to unfollow her on Twitter because of “the most toxic kind of backbiting”, her “historical reframing” and right-wing style politics.

There was already a hint at the start of Mazibuko’s speech (entitled: “Speaking Politics: A Crash Course in being in Power”) at the Marie Claire Power Summit (in collaboration with the Nelson Mandela Foundation and corporate sponsors such as Audi and Woolworths) that this would be a frank one mixed with a generous pinch of experience. Young leaders tend to be nurtured outside political parties, Mazibuko said.

Then, later, pointing at a screen displaying a less than flattering picture of Zille under a 2014 headline on eNCA (“The making of Mazibuko – Zille takes the credit”), published soon after Mazibuko announced her intention to leave Parliament for Harvard, she explained to an audience of mostly young, well-groomed, power-savvy women what she learnt in her short but intense political career.

“This thing about women undermining and pushing each other down in public is not something that happens amongst little girls on a playground back at school,” she said.

Ironically it was Zille herself who gave Mazibuko a gap in the party, and who dubbed her a “star performer” in January 2009 when the party introduced some of its new candidates for that election. It seemed, however, that this support wasn’t sustained.

Mazibuko made a list of the kind of women who did support her, starting with academic, businesswomen, short-lived politician, and another former close ally of Zille, Mamphela Ramphele. Mazibuko said she took up Ramphele’s offer of a monthly chat over tea during which the older woman would offer support and advice.

Another former close ally of Zille, now embattled Cape Town mayor Patricia de Lille, was another mentor. De Lille was still leader of the Independent Democrats in 2009 when Mazibuko became an MP. The ID later merged with the DA and the former dissolved.

“She (De Lille) gave me the first idea of pulling the opposition together, to fight motions and engage the ANC as a unified front. She taught me about strategy, she taught me about detail in legislation; a formidable leader who even though she was running an entire political party, had time for a junior backbencher who no one had heard of back then, and took the time to actually help me learn the ropes when I was parliamentary committee member at the time. She remains a hugely important friend and mentor to me today.”

De Lille’s current battles with the party, however, remained unmentioned.

Former public protector Thuli Madonsela was another mentor, Mazibuko said, who taught her that you don’t always have to say a lot to achieve something.

Mazibuko said she also had support from men, for example former Reserve Bank governor Tito Mboweni, who flew over to teach her class at Harvard after she sent him a direct message on Twitter asking him to. When he tweets in the middle of the night about declining positions to support young people, he means it, she enthused.

And then, back to the DA. Mazibuko said that although the EFF brought a lot of young blood into Parliament, political parties in general were not suited to the job of nurturing such.

“She did it to me and she’s doing it again,” Mazibuko said as a picture of Zille sitting next to Maimane flashed onto the screen. The picture was from the press conference just over a year ago where the Western Cape premier apologised for her tweets on colonialism. She got to keep her job, although Maimane was deeply angered by her actions.

Mazibuko, who not long before had flashed pictures on the screen of some long-ruling heads of state in Africa like Uganda’s Yoweri Museveni and Zimbabwe’s Robert Mugabe, said:

“Each time somebody young and promising is rising, the old guard tries to stifle them, and there is an incentive in political parties. The incentive is twofold: the one is even if you have left, your legacy must remain intact, so nobody must ever say they’re better off without you, right? That’s the kind of low self-esteem a lot of political leaders live with. They want the person who succeeds them to be good, but not too good, unless everyone forgets (them).

“The other reason they do it is because deep down actually they nurture aspirations to stay. They don’t want to leave. Maybe they were encouraged to leave, maybe they were forced out, maybe they were pushed out, it doesn’t matter. There is something deep down, unlike President Mandela, unlike Tito Mboweni, that tells them, ‘I should be here, I’m the best person for the job’, so every time somebody extraordinary starts to rise, there is a little knife waiting there to cut them down.”

Mazibuko went on to mention Zimbabwe’s opposition pastor and social media sensation, Evan Mawarire, Kenya’s aspiring politician and social media activist Boniface Mwangi, and Democrat Alexandria Ocasio-Cortez from the Bronx in New York as young people who are finding ways outside of formal party structures to get into politics.