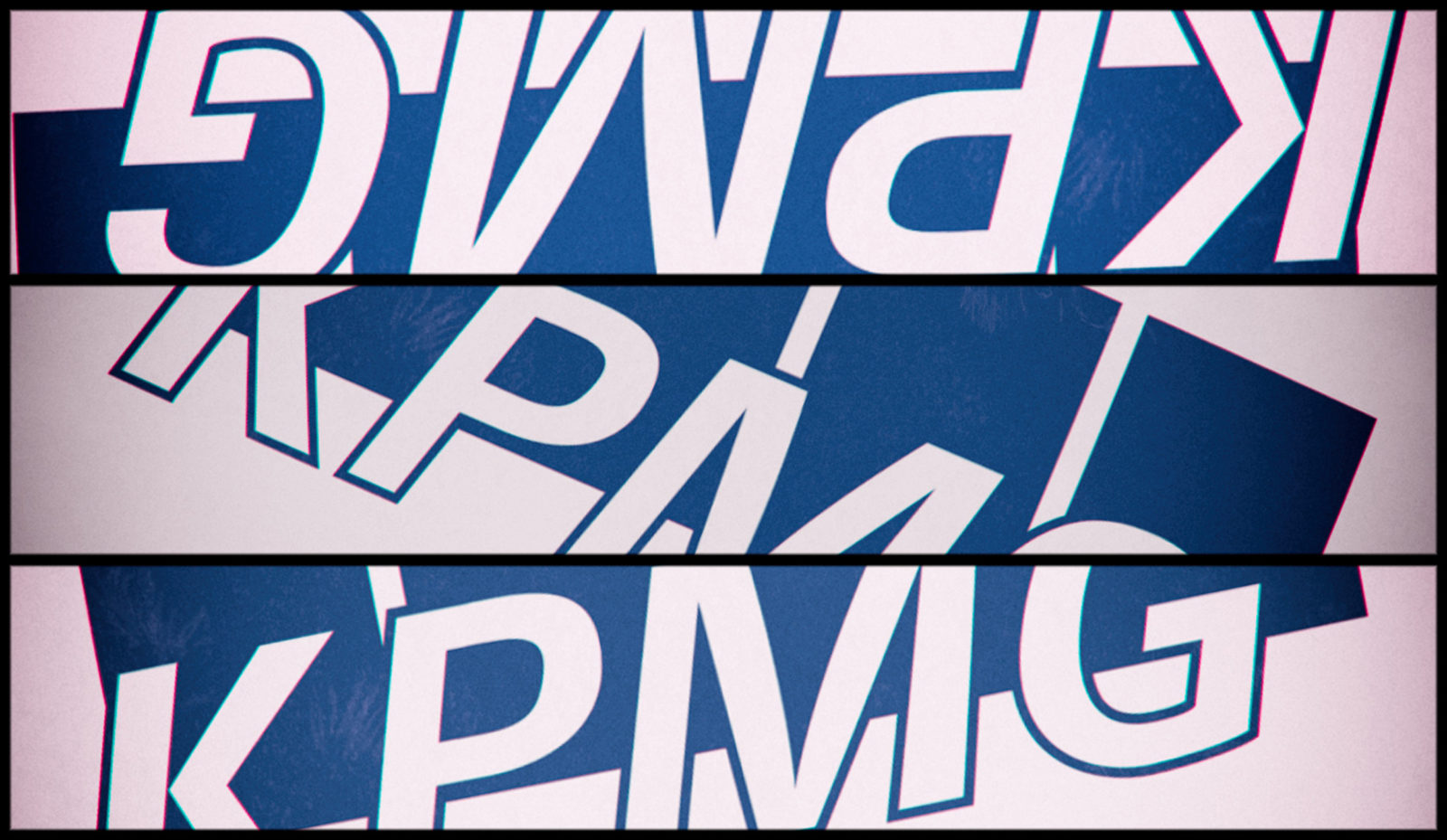 In the year since Scorpio and amaBhungane obtained a trove of emails which became known as the #GuptaLeaks, KPMG, one of several private sector companies implicated in the gargantuan corruption of State Capture in South Africa, has limped from crisis to crisis. On Monday the auditing firm announced it was “reshaping” its business and that 400 employees could be losing their jobs.

Construction on the 25-storey tower ground to a halt in 2017 when building contractor NMC Construction Group was placed under provisional liquidation more or less at the same time that a tidal wave of troubles crashed over KPMG SA. This as a consequence of work KPMG had done for Gupta-related businesses as well as a forensic report it had been commissioned to produce by former SARS Commissioner Tom Moyane on the “rogue unit”.

Building on KPMG Place has since resumed, with the firm hoping to move into its new home at the end of June or July.

On Monday KPMG SA announced that it was “reshaping” its South African business to include relying on greater support from KMPG International as well as closing regional offices which could see up to 400 KPMG employees lose their jobs.

“These changes follow a strategic review of the firm’s activities and take into account recent client losses and current levels of demand for certain services,” Nqubeko Sibiya, KPMG Communications Manager, said in a media statement.

KPMG, in reducing its regional footprint, anticipated “up to 400 people leaving the firm” (retrenched in other words).

“We plan for the business to operate in future out of four hubs in Johannesburg, Cape Town, Durban and Port Elizabeth,” said Sibiya.

KPMG SA would remain, however, “a business of significant scale with more than 130 partners and 2,200 employees, supported by the breadth and depth of skills and experience of the international network of KPMG of 200,000 people.”

The changes in leadership, said KPMG, would involve “embedding in the firm for an extended period a number of senior KPMG partners from across the international network into board and executive positions, as well as senior client service roles”.

“These hard decisions were necessary to put the firm on a more sustainable footing, while ensuring we continue to offer our clients the best service and support. We are putting quality and integrity at the heart of the business and, from now on, the firm will be focused on doing fewer things better.”

She said it was “a matter of great regret that, as a result, we will be parting company with loyal colleagues”.

KPMG Chairperson, Professor Wiseman Nkuhlu, who was appointed in March 2018, said his priority had been “to rebuild relationships with society and to reassure clients of our professional rigour and integrity”.

Monday’s announcement was, he added, “difficult but necessary, is part of our mission to restore KPMG’s reputation and honour its legacy of 130 years’ service in South Africa; to make it a firm that our people, our clients and the public can again be proud of”.

Bill Thomas, chairman of KPMG International, said the announcement “is evidence of the significant investment KPMG International is providing to help ensure KPMG South Africa can continue to focus on trust, quality and integrity”.

The fallout and publicity surrounding KPMG SA and its role in State Capture has, interestingly enough, not made major headlines in the Netherlands, where the firm has headquarters in Amstelveen.

During this writer’s recent trip to the Netherlands, and in the course of meeting several seasoned journalists in that county, few were aware of the auditing giant’s South African membership’s role in South Africa’s State Capture and the almost immediate fallout in the slipstream of media exposure.

The reputational damage suffered by KPMG SA has been massive and swift. And while KPMG and the other three global auditing and professional services giants, Ernst & Young, Deloitte and PricewaterhouseCoopers, have had their share of scandals, what has happened in South Africa has been unusual in the world of big accounting and consulting.

Across the globe questions are being asked about the behaviour of the Big Four, with calls for greater clarity on the scope of auditors’ responsibilities as well as the very nature of the relationship between auditing firms and the corporations and companies who pay them.

In the just-published portrait of the four global auditing firms, “The Big Four: the Curious Past and Perilous Future of the Global Accounting Monopoly”, authors Ian D Gow and Stuart Kells cite a 2010 European Commission Green Paper on Audit Policy which suggested that the firms be restructured because their present sizes “posed a systemic risk for capitalist economies”.

The UK Economic Affairs Committee, they write, appealed to the firms directly, “as professional entities”, to “put the public interest first” and voluntarily break themselves up into a new Big Six or perhaps even Big Eight.

“The quid pro quo for society ceding monopoly rights to practice and other privileges is that the professionals place the ideal of public service above other considerations,” opined the committee.

On Wednesday last week the Guardian ran an extract from British financial investigative journalist Richard Brooks’ soon to be published book, Bean Counters: The Triumph of the Accountants and How They Broke Capitalism, with the headline: “The financial crisis no one is talking about”.

Brooks, who has worked with Private Eye magazine and the Guardian, is also the author of Bean Counters: The Triumph of the Accountants and How They Broke Capitalism (2013) and the co-author (with David Craig) of Plundering the Public Sector: How New Labour are letting consultants run off with £70 billion of our money (2006). Until 2005, Brooks was a tax inspector at Her Majesty’s Revenue and Customs specialising in international and corporate taxation.

He has, in other words, seen the belly of the beast.

“Despite the economic risks posed by misleading accounting, the bean counters perform their duties with relative impunity. The big firms have persuaded governments that litigation against them is an existential threat to the economy. The unparalleled advantages of a guaranteed market with huge upside and strictly limited downside are the pillars on which the big four’s multibillion-dollar businesses are built. They are free to make profit without fearing serious consequences of their abuses, whether it is the exploitation of tax laws, slanted consultancy advice or overlooking financial crime.”

KPMG SA was not left unscathed as its top leadership resigned as the firm’s link with the Gupta family’s Linkway was exposed.

No one, however, has of yet been criminally charged.

The firm also found itself in the proximity of the disgraced VBS Mutual Bank when two of its partners, including lead auditor Sipho Malaba who signed off the bank’s financials, had not disclosed that he held loans with the bank. A fellow partner, Dumi Tshuma, also resigned in the face of a disciplinary.

The idea of accountable accounting where the ideals of public service trump financial reward these days seems as unlikely as Santa Claus turning up at a Bar Mitzvah.

Brooks posits that “few graduate employees at the Big Four arrive with a passion for rooting out financial irregularity and making capitalism safe. They are motivated by good income prospects even for moderate performers, plus maybe a vague interest in the world of business”.

The story of KPMG SA, its fall from grace, and its desperation and determination to reclaim whatever is left of a mythical ethical high ground, has been an instructive one. This seldom happens elsewhere.

Bell Pottinger, the infamous PR firm which spearheaded and facilitated Jacob Zuma and the Gupta family’s idea of radical economic transformation at catastrophic cost to South Africa, was forced, after 33 years, into liquidation “as a consequence of a scandal caused by some of its activities in South Africa”, according to Wikipedia.

KPMG, under Dlomu’s leadership, has tried to chart a clear course in very choppy waters and has made substantial changes to governance, quality control and risk management.

Like the building on the Cape Town Foreshore that will soon be home to its depleted staff complement, KPMG SA will have to do things differently if it hopes to survive. DM