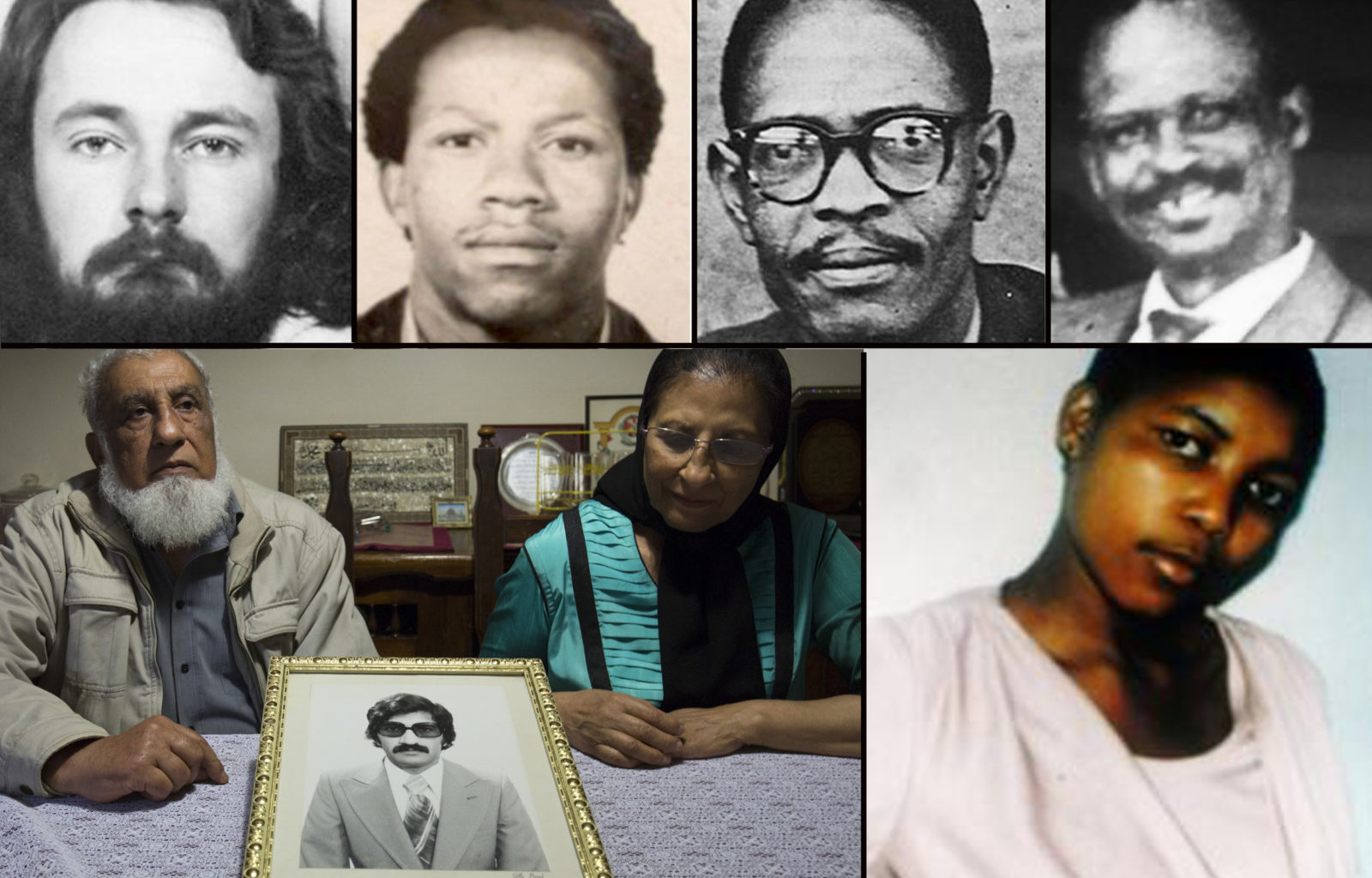 Amon Kgoathe has waited for almost 50 years for justice for his father who died in the custody of apartheid police. He and other families of those who died in detention during apartheid have a sliver of hope, but time is running out.

Amon Kgoathe knows the name of the cops who he thinks killed his father. He just hopes they are still alive.

“If everybody has died,” he pauses, “perhaps answers would die with them.”

The Kgoathe family is among those petitioning the National Prosecuting Authority (NPA) to reopen cases into killings allegedly committed by apartheid-era police. After waiting decades for answers and accountability, they finally feel justice might be coming, but their wait isn’t yet over.

Kgoathe knows the story. He has had almost 50 years to piece it together since he was 10 years old and his father Nicodemus Kgoathe left Hebron for the last time to go to work in Johannesburg in 1968.

“What do I bring for you?” Nicodemus would ask Amon and his seven siblings each time he left for work.

That year, Chief Lerothodi Mamogale of the Bakwena ba Mogopa wanted to appoint a new headman in the community, says Kgoathe. Some locals saw the chief as an apartheid stooge and resisted the imposition. Nicodemus and others spoke out. When the headman’s offices were set alight, he was arrested.

Nicodemus, then 47, was lying on the floor in the Silverton police cells when his oldest son Ben went to visit. He “slipped in the shower” at Pretoria’s Compol building, where political detainees were often interrogated and tortured, he said at first. At the urging of an officer, he told the truth. He had been interrogated and assaulted.

He was transferred to HF Verwoerd Hospital, but in February 1969 when his family was able to visit they were taken to the morgue. His official cause of death was pneumonia but at a judicial inquest the district surgeon said he had been assaulted, suffered a concussion and had injuries likely from being hit with a sjambok and belt buckle. No one was to blame, ruled the inquest.

“Those were very tough times. My mother never wanted to talk about it. She was so depressed,” says Amon Kgoathe.

The community shunned the family, its breadwinner labelled “a terrorist”. The eight children and their mother relied on donations from the South African Council of Churches.

Amon describes his father as kind and successful, a hard example to follow, and when he died the family struggled. His brother Ernest was particularly hard hit.

“It made him numb, his life came to a standstill. Depressed, up until he passed away.”

Their mother died in 1992, before the family testified at the Truth and Reconciliation Commission (TRC).

No one applied for amnesty for the death of Nicodemus Kgoathe but the TRC report found he had been assaulted. It named the three officers responsible. The family was looking for truth and justice, but the TRC didn’t deliver.

“That’s what the intention of the TRC was all about and I think it failed. Nobody ever said, ‘That’s what I did. I’m responsible.”

They had almost given up hope until Amon heard Imtiaz Cajee on the radio in 2006. Cajee was petitioning the NPA to reopen the inquest into the death of anti-apartheid activist Ahmed Timol, his uncle, who had been detained in Johannesburg and, according to apartheid authorities, jumped out of a window at Johannesburg’s infamous police station John Vorster Square in 1971.

At least 67 activists died in police detention between 1963 and 1988 and a number of families want their cases reopened after last year’s Timol inquest. In October, the North Gauteng High Court ruled that Timol was pushed to his death and two Security Branch officers were to blame. He recommended authorities investigate two officers for lying in court and another for being an accessory to murder.

The Hawks and the NPA say investigations are ongoing. The lawyers who represented the Timol family have urged the public to come forward with information about the deaths of Neil Aggett, Hoosen Haffejee, Babla Saloojee, Matthews Mabelane, Nicodemus Kgoathe, Solomon Modipane, Jacob Monnakgotla, and the disappearance and murder of Nokuthula Simelane. No one applied to the TRC for amnesty for the deaths.

NPA head Shaun Abrahams last week said apartheid-era cases were a priority. Additional prosecutors have been sent to the priority crimes litigation unit to fast-track the process, said NPA spokesperson Luvuyo Mfaku. Simelane’s case is headed to court while the Hawks are still investigating others.

Cajee applauded the NPA for finally taking his uncle’s case forward but is still disappointed. Some officials in the justice system have assisted his investigations, but others appear to do all they can to stifle progress.

“I’m of the view that it’s intentional and deliberate,” he says.

There are officials and officers who would rather the deaths be ignored.

“I think it has now dawned on them that our tragic history has not been forgotten,” he continues, urging society to hold alleged killers to account.

“The individuals responsible for these heinous crimes, yes, some of them have passed on. Some are living with their state pensions.”

Timol’s case has brought new commitments from the state to tackle apartheid-era crimes and new hopes for families, but Cajee knows how difficult it is to achieve justice. He fought for years against resistance from the NPA for the case to be reopened.

After Timol’s case was reopened, Judge Billy Mothle found two officers responsible; both have passed away. He recommended former Security Branch clerk Joao Rodrigues be investigated for being an accessory to murder and Security Branch members Seth Sons and Neville Els for perjury. Six months later no one has been charged.

Mfaku said the Hawks recently submitted a docket to the NPA regarding charges against Rodrigues that is being considered. The NPA has asked investigators to clarify issues in the two dockets against Sons and Els.

“Now we’ve got a case,” Amon Kgoathe said to his older brother Ben after the Timol judgment.

“At least some sort of justice will be coming one day.”

The 96-year-old father of Matthews Mabelane, Phillip, passed away last week without ever getting the justice he sought for his son, who died in 1977 after falling from a 10th floor ledge at John Vorster, according to police.

“The justice that they’re still seeking is still elusive,” Cajee says of the families. He believes that in the 24 years since the first democratic elections, politicians have tried to abdicate their responsibility to their fallen comrades. Attempts to reopen the cases have largely been driven by families, but Cajee argues that the authorities and journalists who reported extensively on apartheid cases must focus more on the issues.

“It is important that if the country is to move forward we need to resolve our history and resolve our past,” he says, noting how the legacy of Winnie Madikizela-Mandela remains so disputed. Her recent death and the debate over her treatment by apartheid police, as well as those within the ANC, highlighted how the country’s attempt to move forward, so much has been left unresolved.

Amon Kgoathe feels “something is amiss” in democratic South Africa.

“I feel some things were left unfinished. I say we, particularly the people who were affected directly, we all know what apartheid did,” he says.

“Have we really tried to help the victims to still have hope in the system?”

To believe in South Africa, Kgoathe needs to know what happened to his father. He needs someone to come forward or to be called to account.

“So people can say at least there’s still people with a conscience out there.”

So he can get an explanation, an apology, before it’s too late. DM