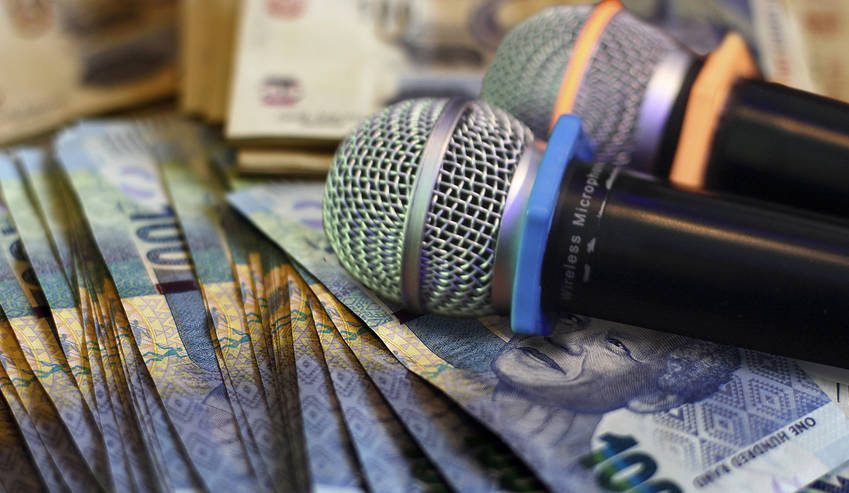 Justice Minister Michael Masthua’s team buckled in the Constitutional Court on Tuesday and made concessions to the case pushing political parties to disclose private donations. As Parliament continues to pursue legislation on the issue, the court’s ruling will be crucial in describing what we should know and how. By GREG NICOLSON.

The minister opposed the application from My Vote Counts for the Constitutional Court to confirm an order from the Western Cape High Court. That order told Parliament to amend the law to allow the public to access information on private donations to political parties.

Under pressure from Chief Justice Mogoeng Mogoeng, Masuku made a meal of the government’s arguments. In September, the high court ruled that voters need to be able to access the details of private party donations to exercise their rights effectively at the polls.

In that case, Judge Yasmin Shenaz Meer said the Promotion of Access to Information Act (Paia) was “inconsistent with the Constitution and invalid insofar as it does not allow for the recordal and disclosure of private funding information”. Parliament was given 18 months to amend the law.

The ruling touched on constitutional issues and had to be confirmed by the Constitutional Court. In Masuku’s written arguments, he said the government opposed the confirmation order. Masuku agreed voters need to know who funds political parties, but claimed the Constitution already provided for such disclosures.

My Vote Counts should have targeted other aspects of law rather than Paia, he said. That’s despite the Constitutional Court telling the non-profit to bring an application targeting Paia in a previous attempt to get Parliament to legislate the disclosure of political party donations.

“Government is very, very conscious of its obligation under the Constitution,” said Masuku. He said it was unnecessary to confirm the high court’s order as Parliament was working on the draft Political Party Funding Bill, affiliated party organisations like Cosatu could be used as conduits for funding even if the order is upheld, and his grandmother cares little about the “informed vote”, choosing instead to vote for former President Nelson Mandela’s party.

Masuku eventually conceded on behalf of Masutha that the court could uphold the previous judgment and order Parliament to make changes to Paia. He warned, however, that it could stall the process of passing the draft Political Party Funding Bill as parliamentarians look at necessary Paia changes and how they might impact or overlap with the proposed legislation.

Mogoeng noted that the Constitutional Court’s order could make it clear they don’t seek to stall the Bill’s passing.

“We may well get to the point where we are able to allow that process to run its course and say whatever we need to say about Paia and whether changes need to be affected there, and even provide options,” he said.

Before conceding his opposition to confirming the Western Cape High Court’s decision, Masuku said government’s commitment to introducing legislation on political party funding should not be questioned. Mogoeng suggested that without a legal order, Parliament could simply stop the process.

“Why can’t they drop this Bill, whoever sponsored it, just drop it and it doesn’t become an Act?” he asked.

“They can sit back just as they’ve sat there, for how many years now, 24 years since we became a constitutional democracy?”

“The richness of that right to vote is impoverished if we make our political choices behind a veil of secrecy,” he argued in favour of political parties making their list of private donors available.

My Vote Counts wants registered political parties and independent election candidates to provide all information on cash – and in-kind donations they receive from private donors – available to the public. He said while it’s important for voters to know the potential influence large funders have on policy, voters should also be able to evaluate whether a party is sponsored by many little, crowd-sourced contributions or few large contributions from big business.

Mogoeng said the law only allows for information to be provided to those who “require” it and questioned why party donors should be made public rather than to those who made requests. Du Plessis said that under the current Paia, such requests would be too onerous and information should be made public given the need for voters to evaluate different parties and to curb corruption.

One point that remains in contention is the request from My Vote Counts to amend the Western Cape High Court’s ruling to change the law to require parties to provide information on private donors in a “continuous and systematic” manner. That call was rejected by the court in Cape Town.

Government opposed the request and Mogoeng grilled Du Plessis, saying he hadn’t explained what “continuous and systematic” meant. The advocate said parties must be made to report regularly, perhaps quarterly, to a commission or online, but he said it would be up to Parliament to interpret the order.

Judgment was reserved on Tuesday.

Members of Parliament were no doubt watching closely to see how the court application might influence their Bill. The proposed legislation establishes a disclosure system run by the Independent Electoral Commission (IEC) for parties to make annual declarations of cash and in-kind donations.

The Bill bans donations from foreign governments, among others, and proposes a Represented Political Parties Fund for public monies, but it does not cover municipal government, which the Western Cape High Court order included in its ruling.

My Vote Counts has been through an arduous legal process to push for legislation forcing political parties to reveal their backers. The Constitutional Court heard on Tuesday that such efforts by different groups started as far back as 1997.

The Democratic Alliance was recently blamed for delaying the passing of the Bill. The DA was the only party to oppose My Vote Counts’ case in Cape Town, but it withdrew its opposition at the Constitutional Court.

The Bill was expected to be passed in 2017, but ANC MP Vincent Smith, chair of the ad hoc committee on the funding of political parties, said the DA’s last-minute request to establish the costs of the Bill was a delaying tactic aimed at slowing its pass into an Act.

The DA has denied the claims and said the Bill should only be passed if there is a budget for its implementation.

The IEC, which would be mandated to enforce the new regulations, has said its budget would need to increase.

Tuesday’s case made it clear that changes are on the cards. With the government making concessions, political parties are soon likely to have to report details of their private donors.

The Constitutional Court’s ruling will be crucial in establishing the details of what we’ll get to know and how. DM