Party-Political Funding: Court affirms the citizens’ right to transparency, but the road is still long 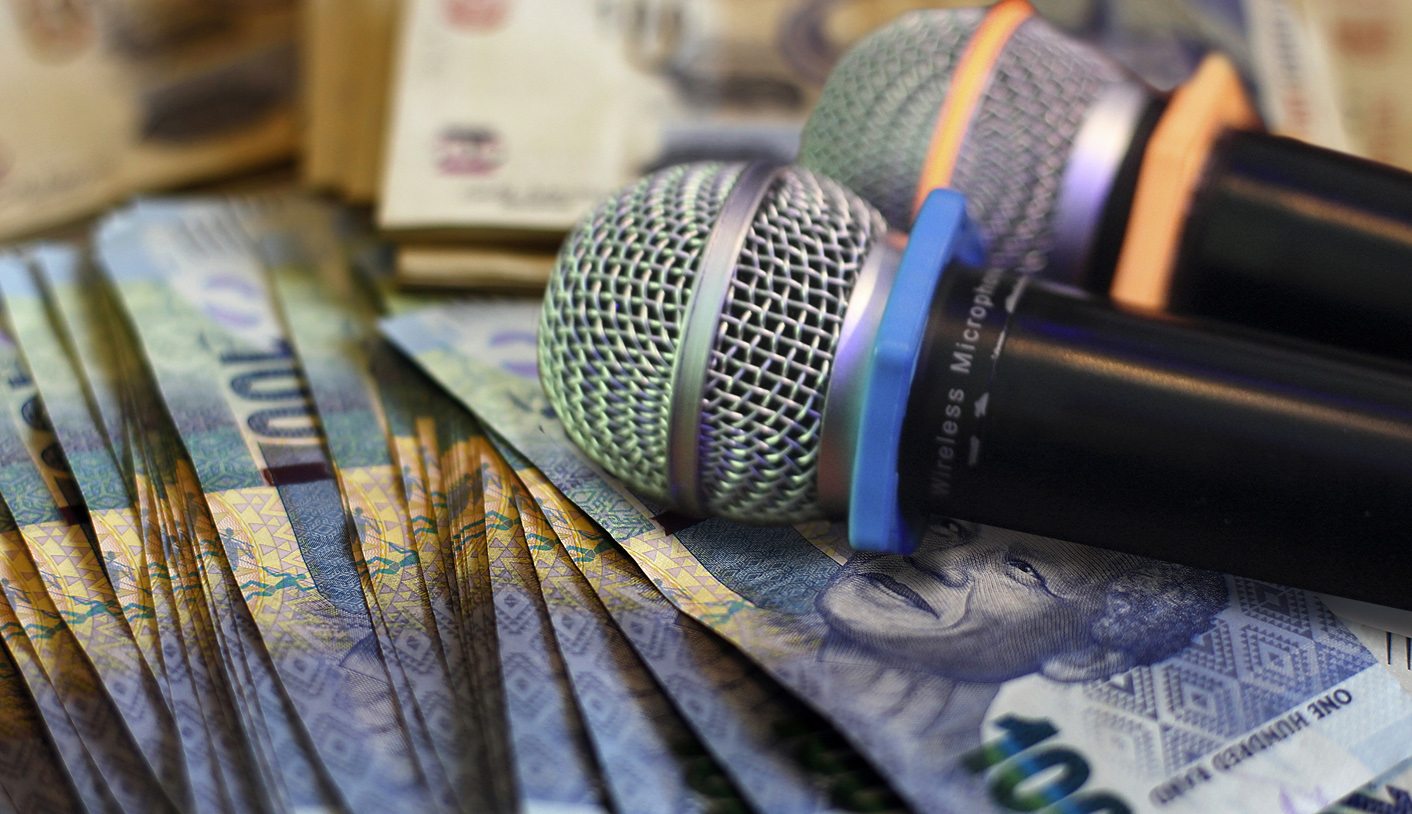 Knowing where political parties get their funding is central to an informed vote, the Western Cape High Court ruled on Wednesday in a judgment that struck a blow for transparency in South Africa’s body politic. The ruling by Judge Yasmin Shenaz Meer that Parliament remedy legislative defects to enable access to private political funding information comes after a two-year legal fight by civil society organisation My Vote Counts, which first raised the issue with Parliament in 2011. The judgment comes as Parliament is considering draft legislation on both public and private political funding. By MARIANNE MERTEN.

Judge Yasmin Shenaz Meer ruled on Wednesday that “information about the private funding of political parties and independent ward candidates… is reasonably required for the effective exercise of the right to vote… and to make political choices”. In doing so, the judge inextricably linked the constitutional rights of access to information in Section 32 of the Constitution and political rights in Section 19 that every citizen is free to make political choices.

And the judge declared that the Promotion of Access to Information Act (Paia) was “inconsistent with the Constitution and invalid insofar as it does not allow for the recordal and disclosure of private funding information”. Parliament now has 18 months to amend the law to fix its deficiencies.

How or why did it get here? It got here because political parties declined the Paia requests to disclose their funding brought by My Vote Counts last year. The requests for access to this information came after the Constitutional Court in September 2015 dismissed the civil society organisation’s push for Parliament to pass legislation for political funding disclosure. Against Parliament’s argument that Paia was the appropriate and adequate tool for access to information, and by passing that law the national legislature had discharged its legislative duties, the Constitutional Court found that My Vote Counts should have challenged the constitutionality of Paia, including how it is implemented.

And so the civil society organisation went back to the drawing board. In 2016 it submitted Paia applications to all 13 political parties represented in Parliament, but it was fobbed off. Only four responses were received, all declining to provide information: the DA and IFP sent lawyers’ letters, the FF+ and African Independent Congress (AIC) polite refusals. And so it was back to court at the start of 2017 for My Vote Counts, as Paia clearly had not provided the necessary disclosure transparency.

What this long-winded process has highlighted is political parties’ reluctance to disclose their funding even amid widespread concerns about the toxic mix of money, politics and power.

The Western Cape High Court judgment, which will have to be confirmed by the Constitutional Court as it deals with constitutional issues, is the latest step in a years-old debacle. In 2004 the Western Cape High Court dismissed an Idasa application for disclosure of private donors to the ANC, IFP and the then Democratic Party and New National Party. At the time, the ANC undertook to legislate party-political funding, but despite its 2007 Polokwane and 2012 Mangaung national conference resolutions to this effect, this did not happen until earlier this year. Opposition Private Members’ Bills by the IFP and DA had come to nought.

Coincidentally, the 2017 annual report of the IEC-administered Represented Political Parties Fund was tabled in Parliament on Wednesday to provide a rare glimpse into public political parties’ funding from the national coffers. Monies the legislatures allocate to parties are usually not published.

According to the document, the ANC with 528 national and provincial legislators received R74.4-million of the available R133,719,172. The DA and its 180 public representatives in the national and provincial legislatures received R28.9-million and the EFF R10.8-million for its 55 legislators. Included financial statements show that while the ANC and DA spent the majority of its money on salaries, the EFF spent most of it on rallies and events.

Details are scant. And this highlights the importance of the push for disclosure and transparency not only in public but also private party-political funding.

Wednesday’s judgment has been welcomed by Vincent Smith, the ANC MP who chairs the ad hoc committee that recently released a draft Political Party Funding Bill for public comment. “It reinforces the view that there must be disclosure. Paia will allow it (disclosure), but we still have to regulate the funding,” Smith said. “For us it is a victory. It will make it more important that what we do must be done with a lot of thought.”

The period for public comments ends mid-October, and the Bill is expected at least before the National Assembly by the end of November although it may reach the National Council of Provinces (NCOP) only in 2018. The draft law seeks to replace the 1997 Public Funding of Represented Political Parties – it controls the money parties already get from the national coffers – and to regulate private political funding.

Aside from establishing a multiparty democracy fund for private donations in addition to the existing Represented Political Parties Fund for public monies, the draft Bill proposes a ban on party-political donations from foreign governments and individuals, state-owned entities and the National Lottery. The draft Bill sets out a disclosure regime under the auspices of the Electoral Commission of South Africa (IEC). Disclosure of such private party-political donations, whether in cash or kind, is envisaged through annual declarations to the commission, much along the lines of what happens currently with the public funding.

But there are issues. The draft law does not cover local government, be it the political party or independent election candidates, which are drawn into the disclosure net following Wednesday’s judgment. And the draft Bill’s envisaged disclosure through the IEC may open the door to continued refusal to disclose if, for example, a political party or independent candidate is approached directly under Paia.

My Vote Counts co-ordinator Janine Ogle said the organisation would address this in its submissions on the draft Bill as disclosure at all levels was required. Buoyed by Wednesday’s court victory, Ogle said it would be up to Parliament now as to how to deal with party-political funding disclosure. “Whether the regulation takes place through Paia or another piece of legislation, it’s up to Parliament,” she said. “We remain cautiously optimistic. Parliament has made the right noises, but hasn’t had the political will to follow through.”

The DA, which remains unhappy about the draft Political Party Funding Bill, is weighing up options after the judgment went against it, with an order to pay costs alongside the justice ministry. “We are still working our way through the judgment. The only question that arises with the ruling is whether it has not been overtaken by developments,” said DA Federal Executive Chairperson James Selfe, in reference to the draft Bill. “I’m not sure what is necessary: amend Paia or whether this piece of legislation… is what the high court would have wanted.”

The DA had opposed My Vote Count’s case, arguing that if disclosure were envisaged, it should have been part of the electoral legislation. It was a similar argument offered by Justice Deputy Director-General: Legislative Development, Kalayvani Pillay, who filed a responding affidavit on behalf of Justice Minister Michael Masutha.

My Vote Counts should have challenged the constitutionality of the Electoral Act, not Paia, argued Pillay in court documents that also stated:

“The political influence of wealthy donors of even foreign agents with ulterior motives is a reality of the political system in every democracy. It is denied that the financial influence corrodes the right to vote.”

The justice deputy director-general had also, ultimately unsuccessfully, argued that there was no link between access to information on private political party funding and the vote. “It is not necessary in order to exercise the right to vote for a ‘citizen’ to access information on the private funding of political parties.”

The justice ministry opposed this political party funding disclosure application as the governing ANC told Parliament it supported disclosure. “… the reliance on private funding fuels the perception that anonymous donations from business interests are a means to subvert democratic processes, promote factionalism in parties, dilute the voice of citizens and undermine the Constitution,” said ANC Treasurer-General Zweli Mhkize in his submission to the parliamentary ad hoc committee. “Disclosure rules and the exclusion of certain categories of donor could help to build public trust in the party-political system, thereby enhancing the democratic process.”

Justice spokesperson Advocate Mthunzi Mhaga said the judgment would be studied and a decision would be made as to whether it could be appealed.

Parliament has noted the judgment. “In view of the ongoing parliamentary process, Parliament will study (the) judgment and its implication on the Bill and the work of the ad hoc committee,” said the national legislature’s spokesperson Moloto Mothapo.

It remains to be seen how the processes at Parliament, and the courts, will unfold with regards to the draft Political Party Funding Bill and Paia amendments. However, Wednesday’s judgment for disclosure of private political funding has reinforced citizens’ right to know and to make informed decisions for citizens, and underscored the Constitution’s values of accountability, responsiveness and openness. DM