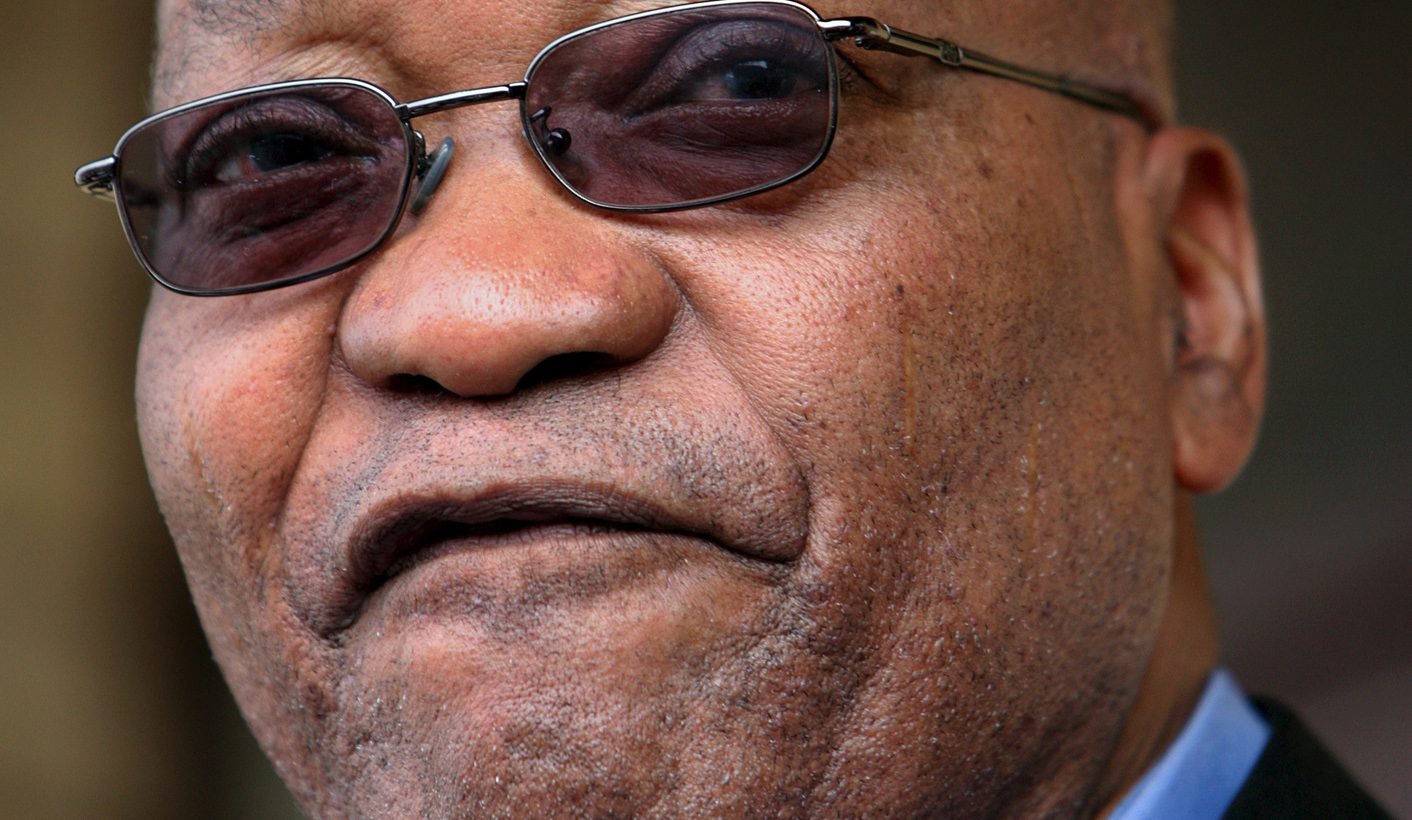 As President Jacob Zuma fights for his political life there are a few chess pieces left on the board that might still be able to defend the cornered king. KwaZulu-Natal Director of Public Prosecutions, Advocate Moipone Noko, the woman who is leading the team that will consider Zuma’s representations to the NPA and make recommendations to NPA boss Shaun Abrahams, might be one such piece. By MARIANNE THAMM.

Moipone Noko, a protégé of the now former acting National Director of Public Prosecutions, Nomgcobo Jiba, a loyal Zuma ally, was appointed to the position by President Zuma in 2013, and has trailed controversy ever since.

It was Noko who withdrew charges against Zuma family-linked businessman Thoshan Panday and a police colonel, Navin Madhoe, who had attempted to bribe then KZN Hawks head Johan Booysen when he bust them trying to run a R60-million 2010 Fifa World Cup accommodation scam.

Booysen, who was later charged by Jiba with racketeering, exonerated and then recharged by Shaun Abrahams on the recommendation of Noko, laid charges of defeating the ends of justice against Noko in 2016, after she had given misleading evidence in that matter.

Booysen, writing in January 2018 on the website uncaptured.sa, said Noko in her prosecution memo to Abrahams had blatantly lied and made “serious misrepresentations”.

Noko was also behind the withdrawal in 2013 of charges of intimidation against one of the president’s wives, Thobeka Madiba-Zuma. The charge had been lodged by a Madiba-Zuma’s apparent 23-year-old domestic worker.

It was also Noko who had sanctioned the bizarre prosecution in 2013 of KZN Judge President, Chiman Patel, on a charge of crimen injuria after a court stationery clerk, Lindiwe Nxele, had accused him of insulting her.

The case dragged on for months and Patel only received a summons to appear in court a year later to find the charge summarily withdrawn by Noko with no explanation.

Patel is currently suing the NPA for R3-million in a civil case for malicious prosecution. He told the court at an earlier hearing that he had been humiliated at being falsely accused.

“I became a virtual recluse, I was depressed. It had a severe impact on my health. I hope one day that this will all just be a bad dream,” said Judge Patel, who requested to be discharged in 2014.

Patel’s legal team, advocates Vinay Gajoo and Richard Salmon, in their heads of argument submitted to the KZN High Court, described Noko as a “pathetic witness” and added, “It is a matter of great regret to say this of someone who is supposed to be an officer of the court.”

They also alleged that on the witness stand Noko had been “stubborn, combative, argumentative, arrogant and obtuse” and that these characteristics “may appropriately be used to describe her behaviour and performance”.

It was also Noko who withdrew charges of racketeering in 2012 in the “Amigos Case” – the sale of a R141-million water purification plant to the KZN health department and involving two politically connected ANC politicians, speaker of the KZN legislature Peggy Nkonyeni and KwaZulu-Natal economic development MEC Mike Mabuyakhulu.

The DA subsequently took the decision on review to the High Court in Pietermaritzburg where it was ruled that the withdrawal of the charges by Noko had been irrational and her decision subsequently set aside.

Another member of the team considering Zuma’s representations is senior deputy director of public prosecutions, Advocate Raymond Mathenjwa, who unsuccessfully opposed bail in what became known as the spurious “Cato Manor Death Squad” case, implicating Booysen and several other senior police officials who had been investigating politically sensitive cases involving corrupt cops in President Zuma’s neck of the hood.

Mathenjwa is also the prosecutor in former NPA prosecutor Glynis Breytenbach’s trial along with her lawyer Gerhard Wagenaar on charges of defeating the ends of justice and contravening the National Prosecuting Act. Both Breytenbach and Wagenaar have been accused of deleting or tampering with documents stored on Breytenbach’s work laptop in 2012.

Breytenbach had been investigating suspended head of Criminal Intelligence and a known ally of President Jacob Zuma, Richard Mdluli, who has been subsequently “relieved of his duties”.

It was Mathenjwa in February 2017 who shielded Jiba from being called as a witness in Breytenbach’s case, saying it would not be in the interests of justice.

It was Downer, in 2007, who led the Bumiputera team (as the Zuma prosecuting team was known) and was also the chief prosecutor in the Schabir Shaik trial. Downer has maintained that the Bumiputera team had been opposed “to the decision to discontinue the Zuma prosecution” and had maintained that the only real consideration was whether there were merits in the charges. The case against Zuma, said Downer, was watertight.

The NPA has said that it will not be making Zuma’s representations public but the DA, which has led the eight-year battle to have the charges reinstated, has asked the President to make his submissions available to the party.

In December, DA Fedex chair, James Selfe, said that the party had reserved its right to add to its submission once it had knowledge of Zuma’s submission. The party has maintained that the NPA is not the correct institution to decide on Zuma’s prosecution and that this is a matter for a trial court.

Selfe added that the SCA had been critical of how the NPA had sided with Zuma and that this was possible evidence of “possible bias on its part”.

Oh to be a fly (or a bug) on the wall in that NPA boardroom. DM