MultiChoice and ANN7: So many questions still left unanswered 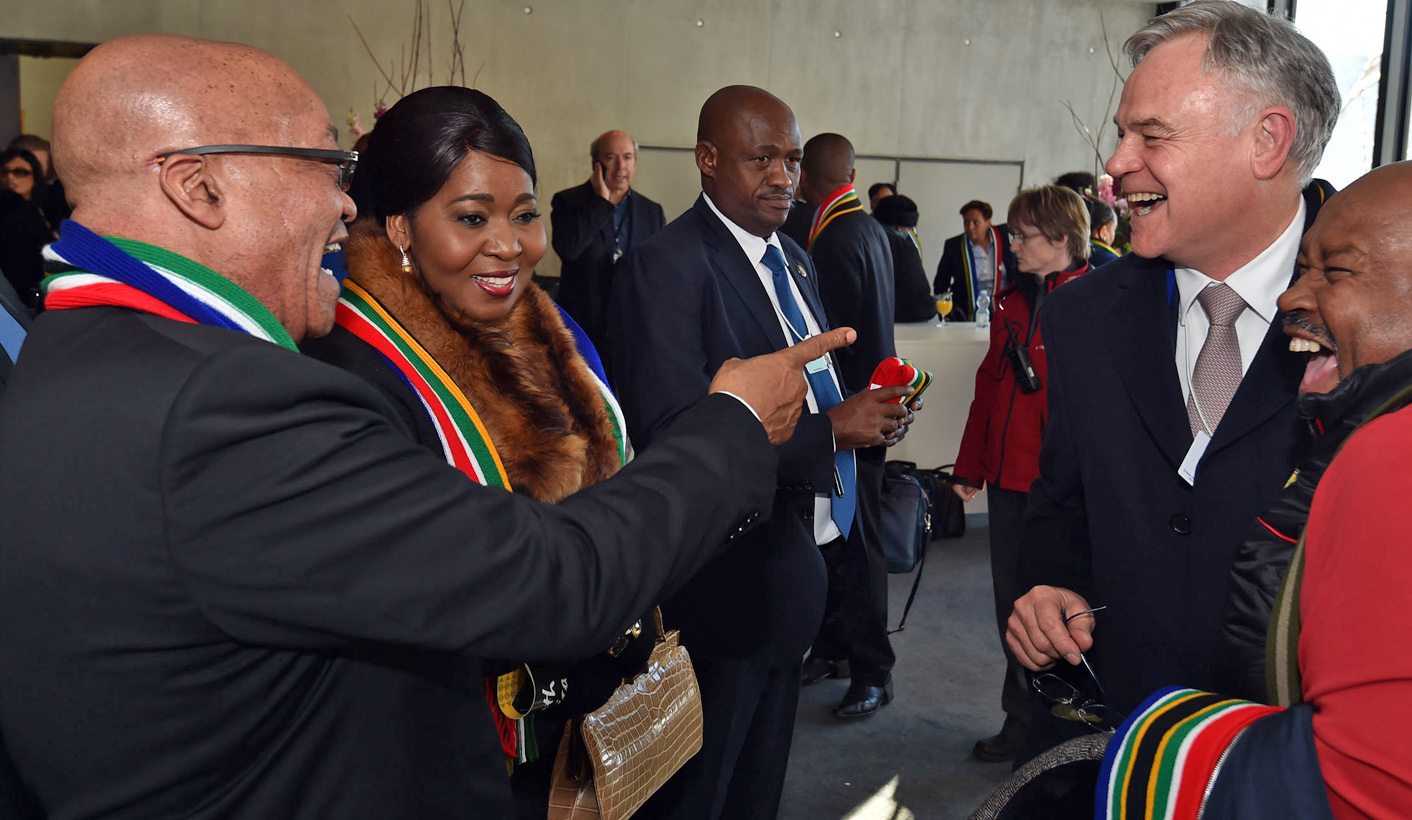 On Wednesday, the Naspers-owned pay TV company MultiChoice announced that it would not be hosting ANN7 on its DSTV channel from August 2018, following an internal investigation into its relationship with the channel. The #GuptaLeaks emails had previously revealed large payments made to ANN7 during the period when MultiChoice was lobbying government to make a decision on digital migration to benefit the company. MultiChoice says its investigation revealed “mistakes” in the handling of ANN7, but “no corruption”. They are not releasing the “commercially sensitive” full investigation report – so inevitably, questions remain. By REBECCA DAVIS.

Why did MultiChoice CEO Imtiaz Patel lie to the media in 2013?

After it was announced that a Gupta-owned 24-hour news channel would air on DStv from August 2013, then-MultiChoice CEO Imtiaz Patel told Tech Central: “I can confirm that we are not paying for this channel and we are merely providing space on our bouquet.”

We know that this was untrue – MultiChoice initially paid ANN7 R50-million per year, before upping this to R141-million annually from 1 April 2016. It also paid ANN7 a once-off amount of R25-million at this time.

Why did MultiChoice pay ANN7 so much?

For small channels which fail to win large audiences, it is common for the channels to pay MultiChoice for the pleasure of being hosted on DStv, and not the other way round.

MultiChoice told the #GuptaLeaks reporting team in November 2017 that the money paid to ANN7 annually was to pay for the costs involved in getting a channel off the ground, and the one-off fee of R25-million was paid to “assist with improving production costs”.

In MultiChoice’s Wednesday report-back on its investigation, it repeated that the process of starting up a news channel is “very costly”. When it came to the R25-million one-off fee, however, it dropped the rationale about improving production costs and simply said that the payment was “neither abnormal nor unusual”.

When did it become normal for MultiChoice to pay for news channels?

MultiChoice stressed at several points in Wednesday’s statement that the practice of paying for local news channels was “not abnormal”. It states:

“It is common practice for a broadcaster to pay for content, including local news channels.”

That’s not what former CEO Patel told the SABC in a meeting in 2013, however. The meeting’s minutes, released by the DA in 2017, show Patel saying:

“We would not normally pay for a news channel.”

In fact, he repeats this several times subsequently:

What did MultiChoice ask from the Guptas in exchange for funding ANN7?

It was during the SABC meeting mentioned above that Patel went on to explain that if MultiChoice were to pay the SABC for a news channel, “we are looking for the excuse… to be able to justify it to our Board”. He then says that the issue of digital migration is the “deal breaker”: in other words, it is implied that MultiChoice needs the SABC to help lobby government in exchange for its funding.

If Patel was dropping these hints in meetings with the SABC overpaying for their news channel, what was he saying to the influential Guptas in discussions on the same issue?

According to the MultiChoice investigation:

“No correlation was found between payments made to ANN7 and the MultiChoice lobbying effort.”

What does MultiChoice consider normal when lobbying government?

MultiChoice’s investigation found that MultiChoice “regularly makes submissions to regulatory stakeholders” (i.e. engages in lobbying), and that “no irregularities” were found in this regard.

There are still questions about the role Naspers CEO Koos Bekker may have played in using his influence to see former Communications Minister Yunus Carrim moved out of his portfolio, however. Carrim has alleged that Bekker exerted personal pressure on the minister to comply with Bekker’s – and MultiChoice’s – preferred protocol for digital migration and was angered by Carrim’s refusal to play along.

It has never been adequately explained how a 2014 memorandum sent by Bekker to senior MultiChoice management – unearthed by amaBhungane in 2015 – could state with confidence that Carrim would not be re-appointed as Communications Minister after the 2014 general elections, as indeed proved the case.

Why didn’t MultiChoice see the Guptas as a “reputational risk” earlier?

One of the few mistakes MultiChoice concedes to after its investigation is not carrying out “due diligence” on the owners of ANN7 and not acting “more swiftly” when it became clear they were a reputational risk.

But MultiChoice hardly needed to do “due diligence” on the Guptas by the time ANN7 launched in August 2013: a simple scan of a newspaper would have done the trick. The Guptas’ unlawful use of the Waterkloof airbase for the infamous Sun City wedding had taken place – and been nationally criticised – in May 2013. From then onwards there was a steady escalation of Gupta-related coverage and scandal.

For MultiChoice only to decide to cut ties with the Guptas after the exposure of its relationship with ANN7 via the #GuptaLeaks reports suggests disingenuousness on this score.

Why is MultiChoice ending the ANN7 contract now?

This most basic of questions was left unanswered by the MultiChoice press conference and media statements from MultiChoice and Naspers.

In both statements, the closest thing to an answer given was, to paraphrase: “Because ANN7 has dodgy owners.”

The MultiChoice statement said that in future, “issues of controversy and reputational risk” will be flagged more frequently, and that MultiChoice management should have responded more quickly to “concerns… about the owners of ANN7”. The Naspers statement announced that “the governance of sensitive issues like channel ownership” would be “tightened” going forward.

The Guptas are, however, no longer the owners of ANN7. The channel was bought by businessman Jimmy Manyi amid much fanfare in 2017. While Manyi is a controversial figure on his own, there has been no suggestion that he was involved in the payments to ANN7 or the government lobbying on digital migration which ostensibly provided the focus of the MultiChoice investigation.

As such, the decision to end ANN7’s contract now is incoherent when we try to understand it under the terms presented. Without access to the full investigation report – which will not be released because it is “commercially sensitive” – it will remain so. DM